All About the Cable Cars of San Francisco 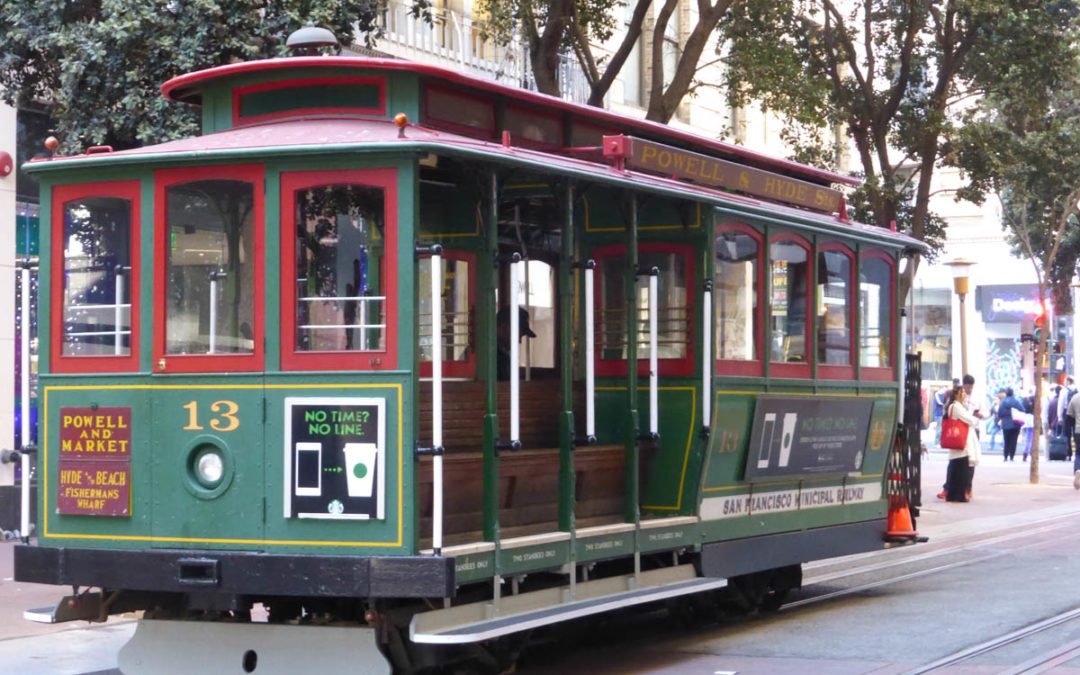 The Cable Cars of San Francisco are synonymous with this fascinating city.

The city of San Francisco is well-known for its steeper than steep streets meaning that the city is built on a lot of hills. 43 and counting. Many of the streets of San Francisco would make a mountain goat dizzy and head for the cable cars themselves. 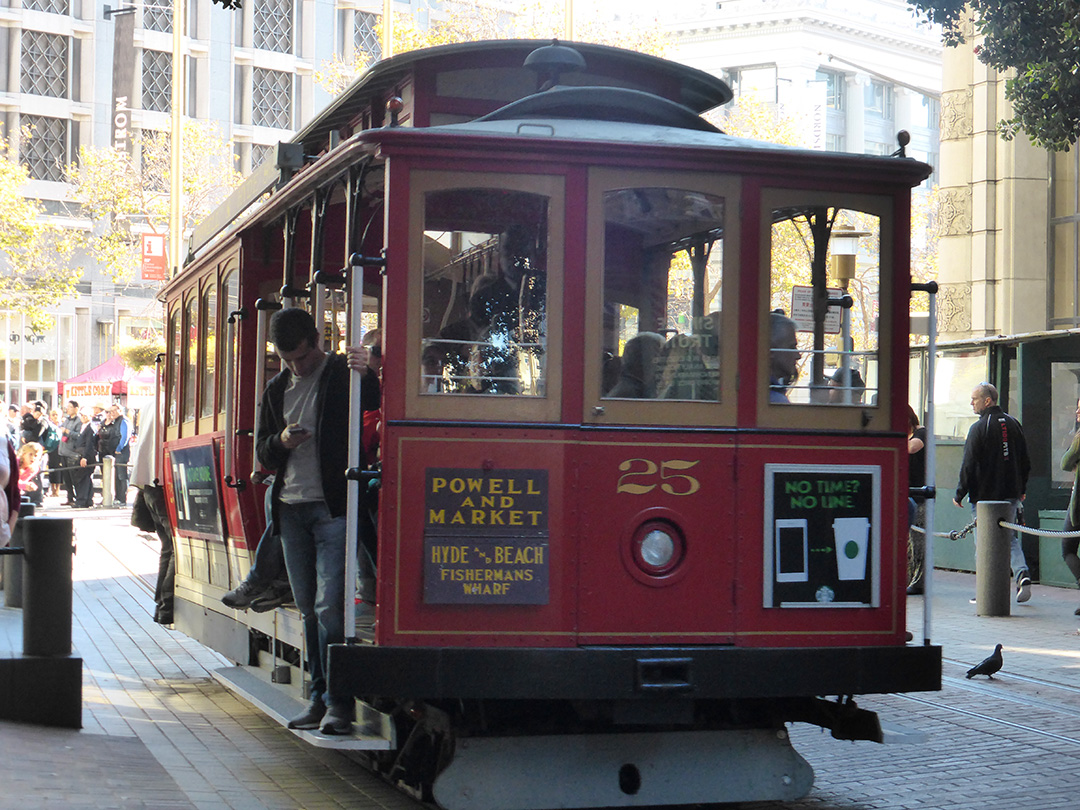 The History of The Cable Cars of San Francisco

“ ..the difficulty and pain the horses experienced in hauling the cars up Jackson Street, from Kearny to Stockton Street, on which street four or five horses were needed for the purpose–the driving being accompanied by the free use of the whip and voice..”

So, he invented the cable cars that are now part of the rich history of this Californian city. His observance of the horses’ struggling along the cobblestone streets, through the notorious San Franciscan fog, enabled him to use his engineering skills to invent the cable railway system.

On August 2, 1873, the first cable car of San Francisco ran down Clay Street. In September 1873, another was introduced until there were many cable cars on the streets of San Fransico, and the people loved them.

The cable cars of San Francisco were a very welcome asset, as the hills were and still are, heart breakers. The horses also earned some respite from the burdens of these hills.

Cable Cars have no engine or motor on the cars themselves. The power source is centralized in the cable car barn and powerhouse at Washington and Mason Streets. To understand more about How a Cable Car Works, and it is actually very interesting, click on the link

However, in 1892, the first electric streetcars were introduced and were more cost efficient to use despite the people having a fondness for the cable car. The 1906 earthquake put to bed any debates about the cable cars when the cable car storage facility was destroyed, and few of the cars remained. As time progressed, it was only the passion of the people and the tourists, who have kept the current 3 cable car lines running in the city. 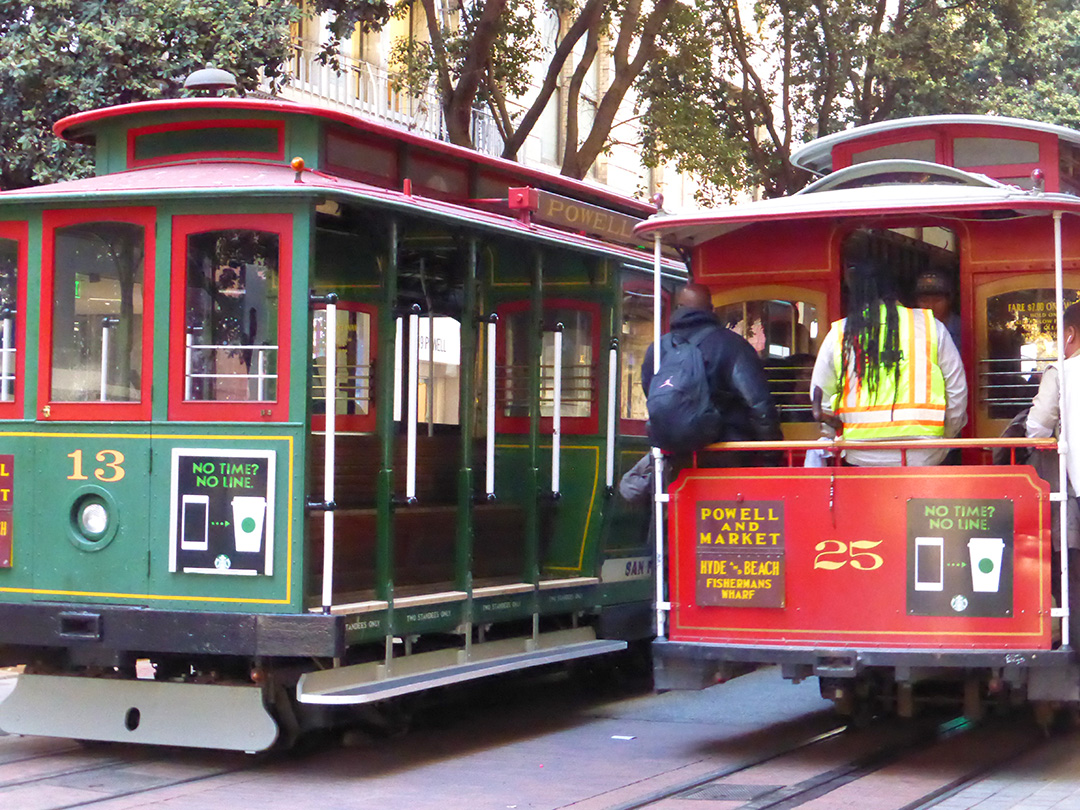 A turntable is where a cable car begins and finishes. The gripman uses the cable to start or stop the cable car. The cables move at a constant 9.5 miles per hour.

At Powell and Market streets, there is a cable car turntable that is the start of the two lines, the Powell-Mason and Powell- Hyde lines. 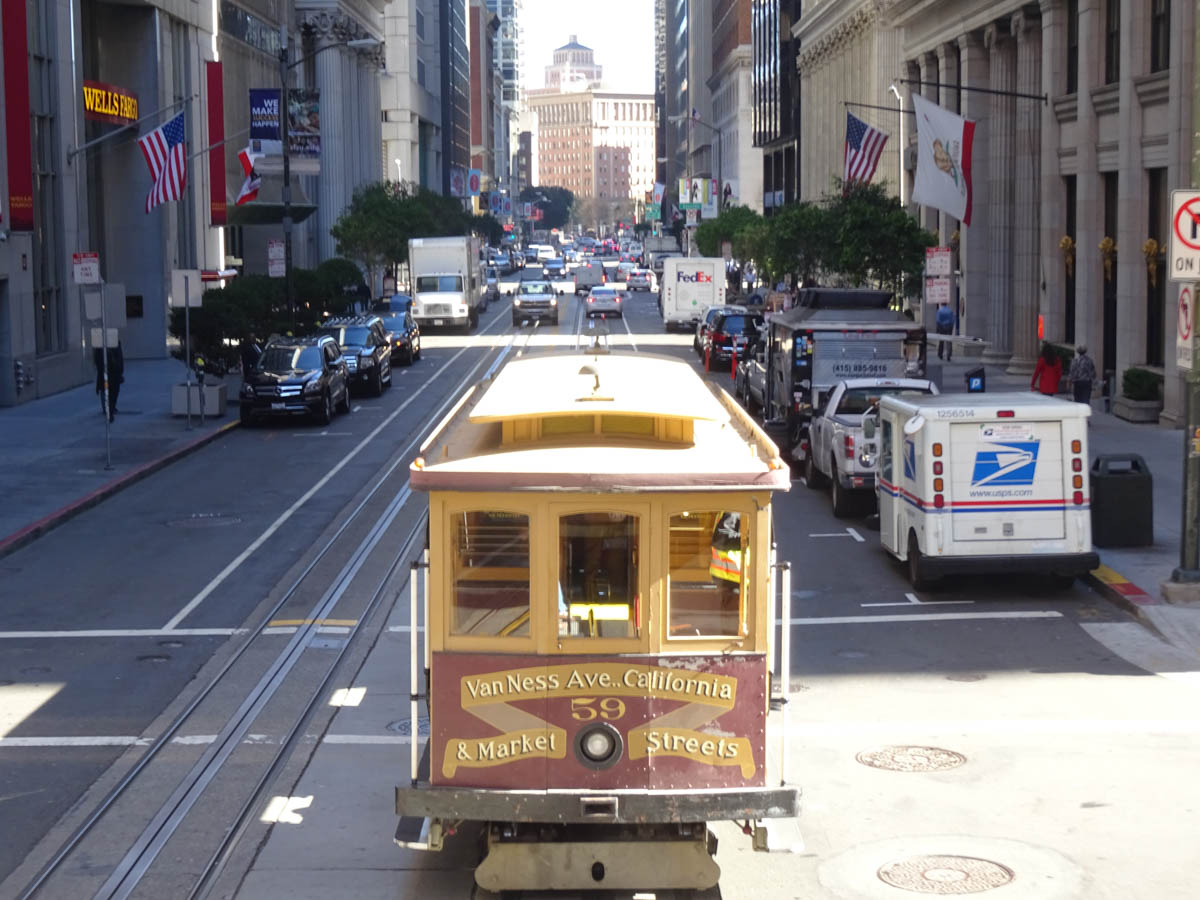 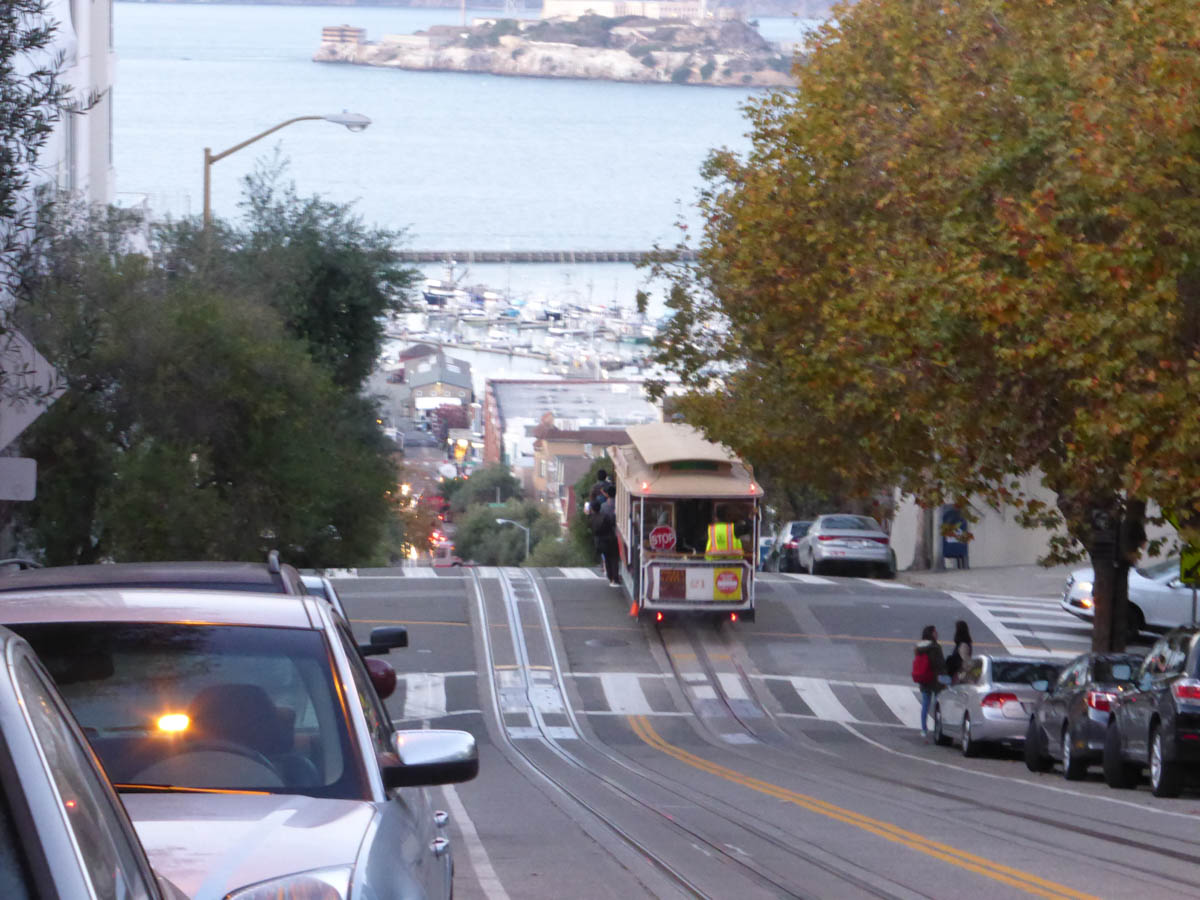 The Powell-Mason line begins at the Powell/ Market turntable, and the line runs from there up and over Nob Hill and down to Bay Street at Fisherman’s Wharf. 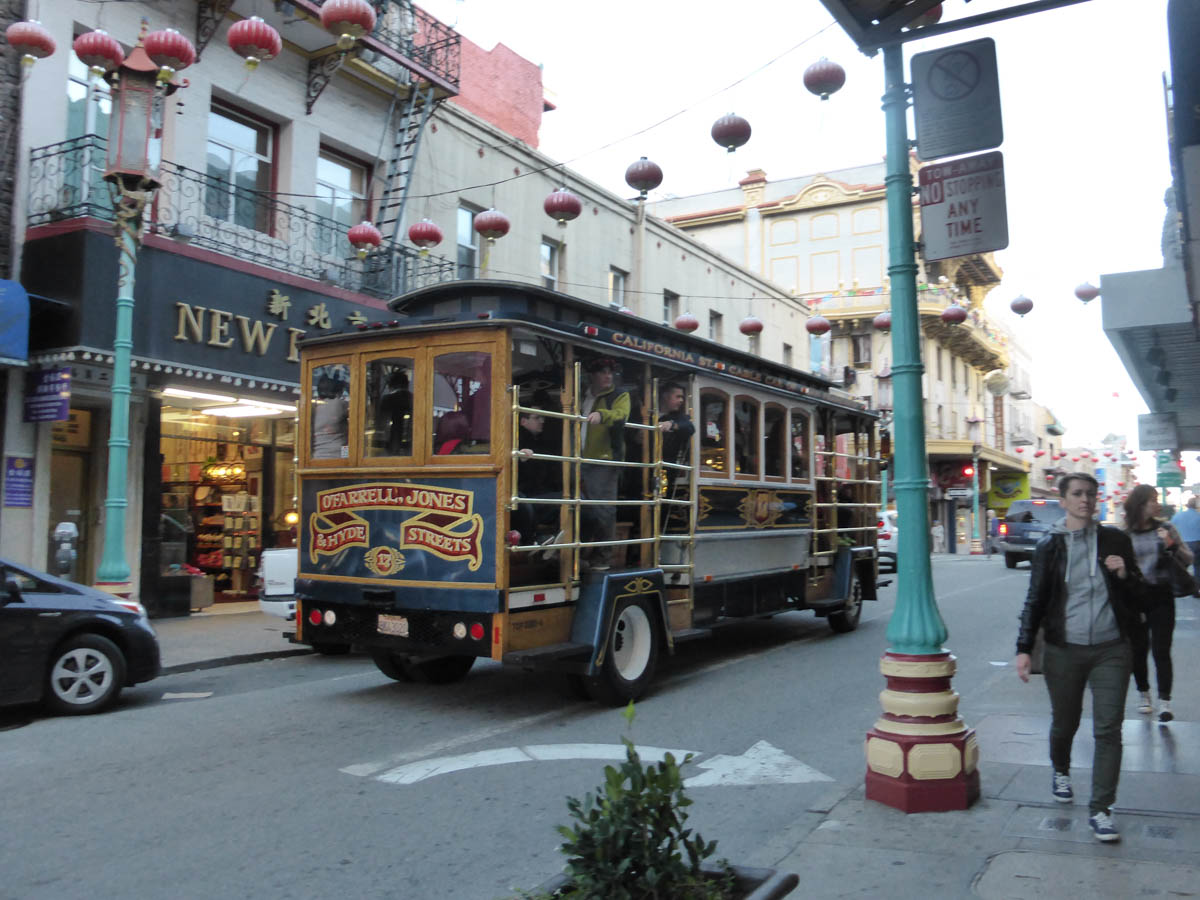 The Powell-Hyde line also starts at the Powell-Market turntable. It runs up and over both Nob and Russian hills. It ends at Aquatic Park near Ghiradelli Square.

Both The Powell-Mason line and The Powell-Hyde line lines end near Fisherman’s Wharf, in different places and have very different routes, both worth exploring.
The signs on Powell Street cable cars are color coded. The yellow signs will head towards Bay and Taylor streets, and the red signs will lead towards Aquatic Park. 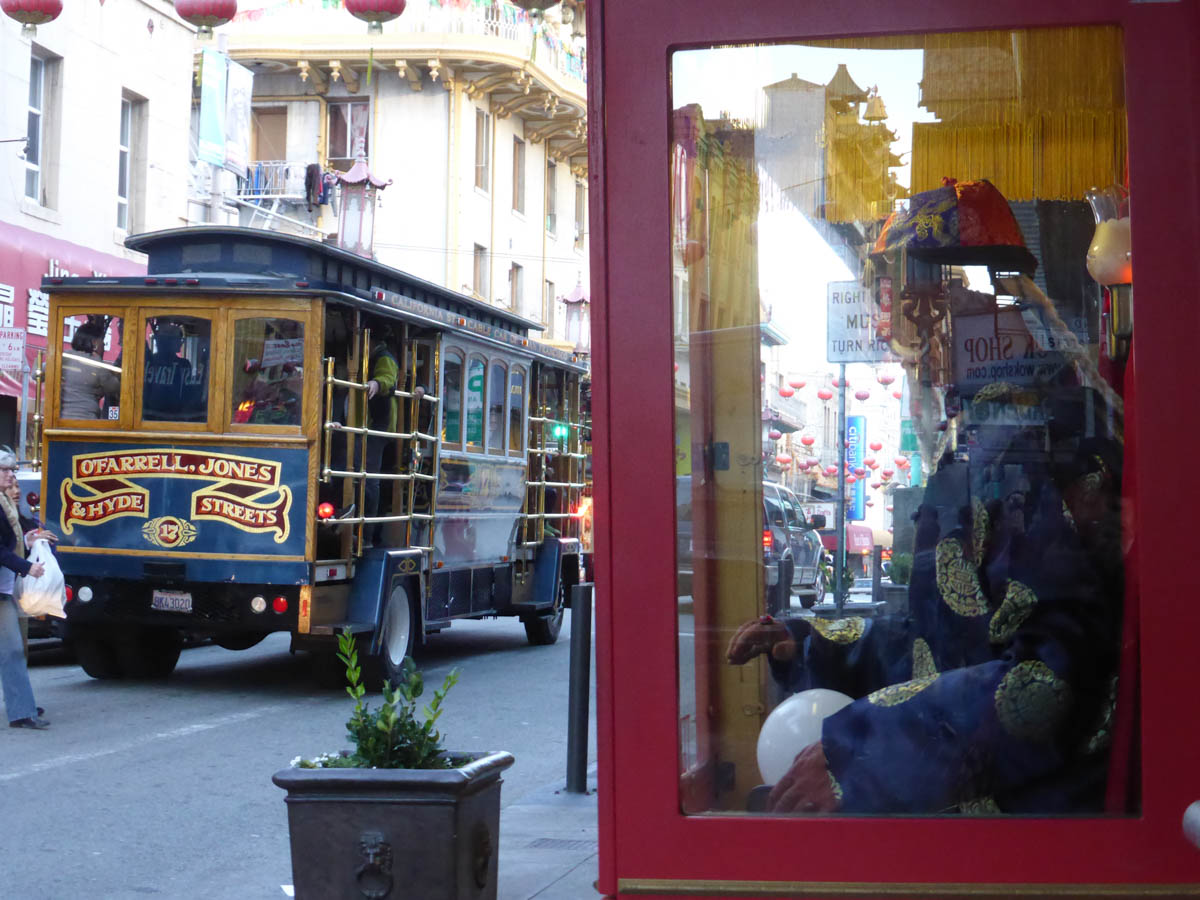 The California Street line runs East-West from the Financial District. It takes you through some of the iconic areas of San Francisco like Chinatown, and Nob Hill. It stops at Van Ness Avenue. 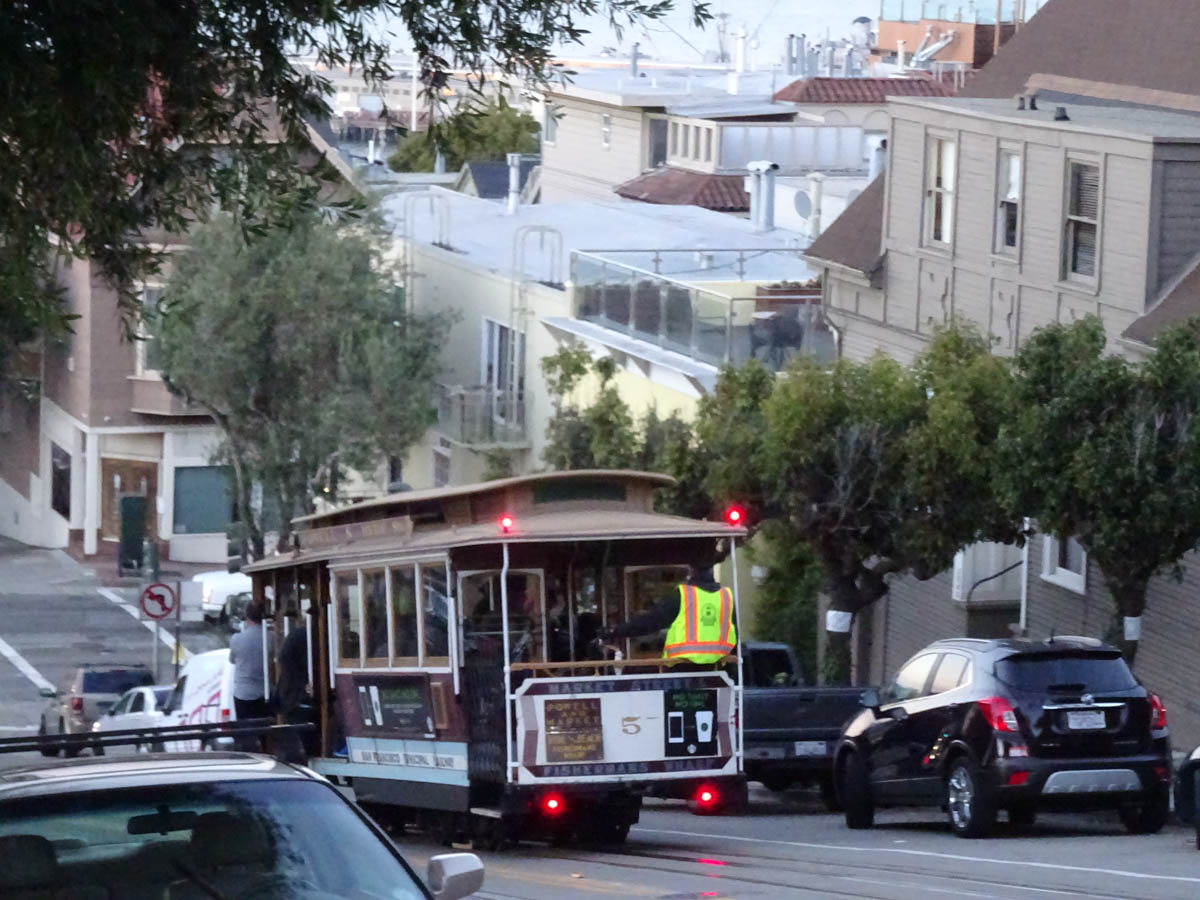 How to use The Cable Cars of San Francisco

You can board at any cable car turntable at the beginning or end of each route, or anywhere a brown and white stop sign is posted.

Be prepared for very long queues during the day 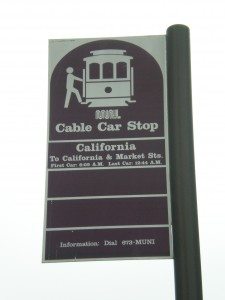 Wait on the sidewalk and wave to signal the gripman to stop.

You can enter on either side of the cable car when it has stopped.

You can board a cable car only if there is sufficient space. Hang on to the special poles provided on the outside of the car, because you know you want to. The gripman will let you know of any potential hazards along the route.

The cable cars of San Francisco run from 6:00 in the morning and continue until about 12:30 at night. They run about every 10 minutes. See the MUNI for further route information. 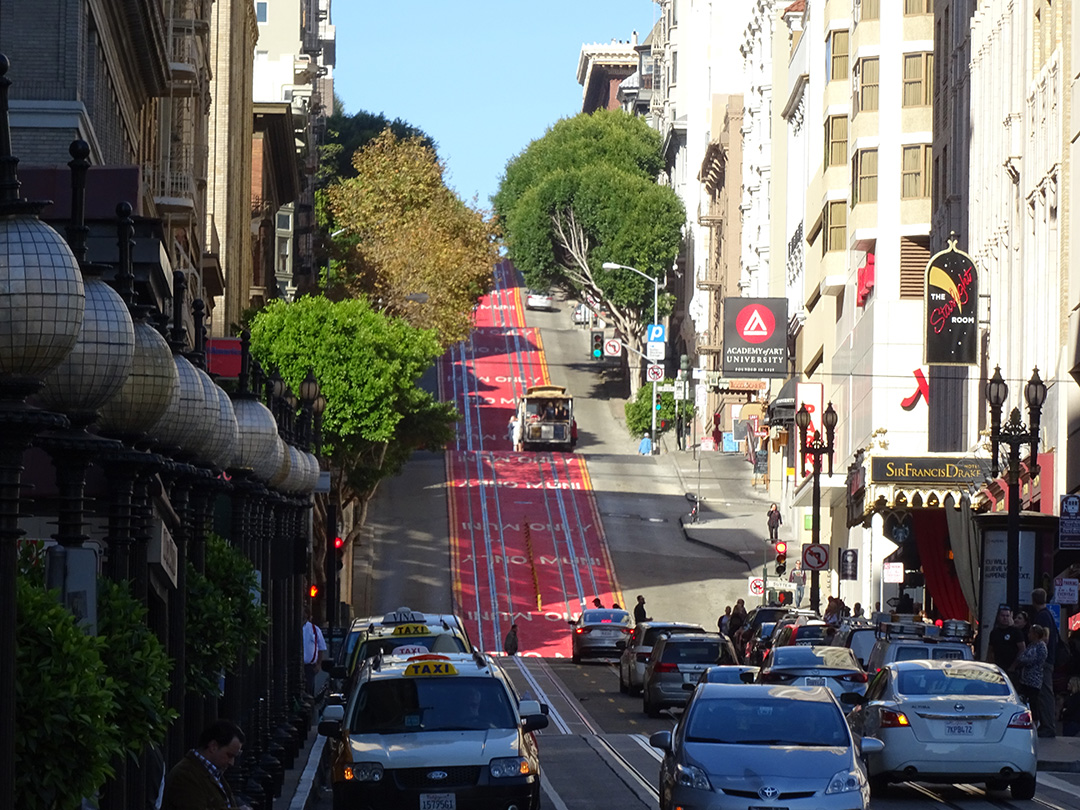 Be careful alighting from the cable car.

The Cable Cars of San Francisco are one of those experiences you just have to have. The ability to see a lot of the city by taking any of the 3 routes will guarantee that you will have an unforgettable time.

There need to be no more wobbling legs, feeling your heart will stop beating or beat out of its chest, no more breathlessness from negotiating the heartbreak hills of this charismatic city.

Last but not least,  the city’s cable cars are the only National Historical Monument that move.