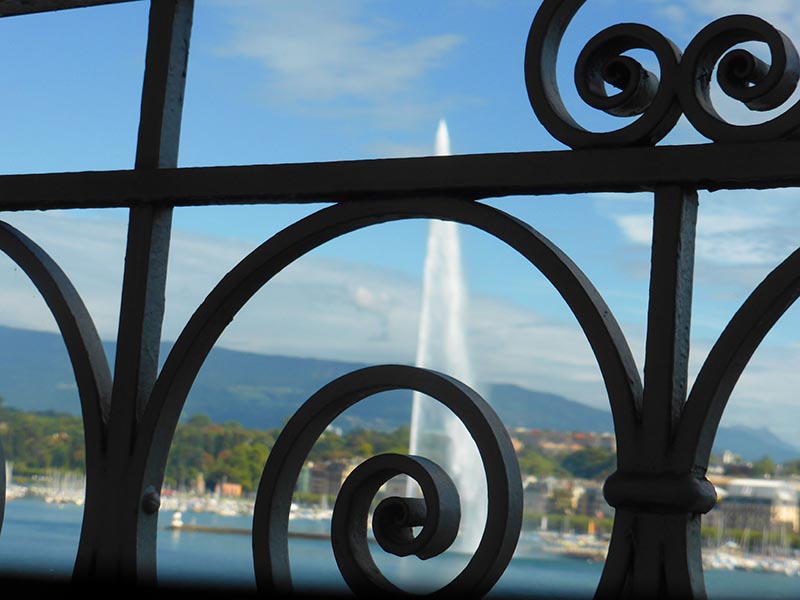 Geneva Switzerland is a perfect city-break destination. When you work hard, you need to be able to give yourself some time just to relax and enjoy yourself. Geneva in Switzerland is a place where this can happen. Geneva is a fascinating city that has so much to see and to do. 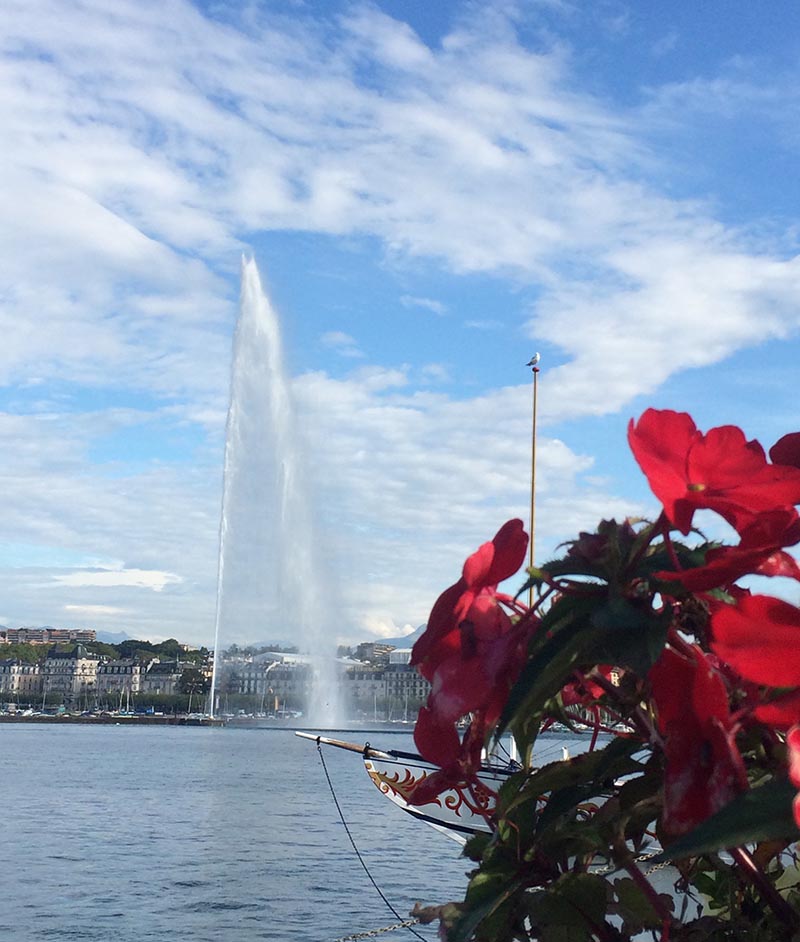 Geneva is not Switzerland’s capital city as most people think; this honour goes to the delightful Bern. Geneva however is the powerhouse of the UN, Red Cross and World Health Organisation and is a financial tour de force. Understanding that this city is globally an important place is obvious and undeniable. With its high ranking international role, this brings many nationalities to live in this picturesque city making it very lively cosmopolitan place to visit.Geneva is a city where there are a lot of obvious wealth, yet it is a city that was chosen amongst so many other cities as the ‘Leading city-break destination, 2014.’

We thought that we had better go and see why Geneva has won this Oscar’s of the travel industry, and won against some very stiff competition – London being one, where we had recently been. 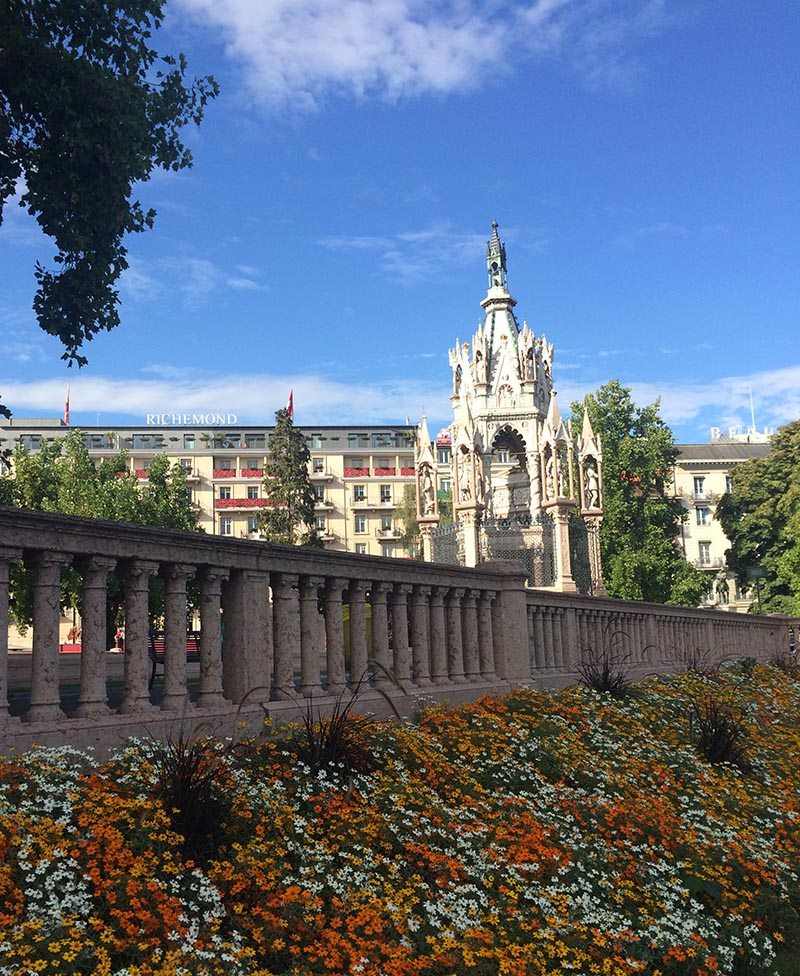 Where is Geneva, Switzerland?

Geneva is located in the south-western corner of Switzerland. It is situated along the banks of Europe’s largest lake, Lake Geneva at the mouth of the Rhone River and is bordered by the Jura Mountains to the west and the French Alps in the east.

Getting to Geneva, Switzerland

The city is easily reached within 2 hours by plane from most major cities in Europe and is a hub of Europe’s highway network. There are many high-speed trains to bring you here, so it is an easy to reach destination.

Getting around Geneva, Switzerland

Every person who stays in Geneva, no matter what the accommodation receives a FREE Geneva travel pass. This enables you to take any train, tram or bus in the city. It also includes a boat ride on Lake Geneva and the free use of public transport to get you from the airport to your accommodation. 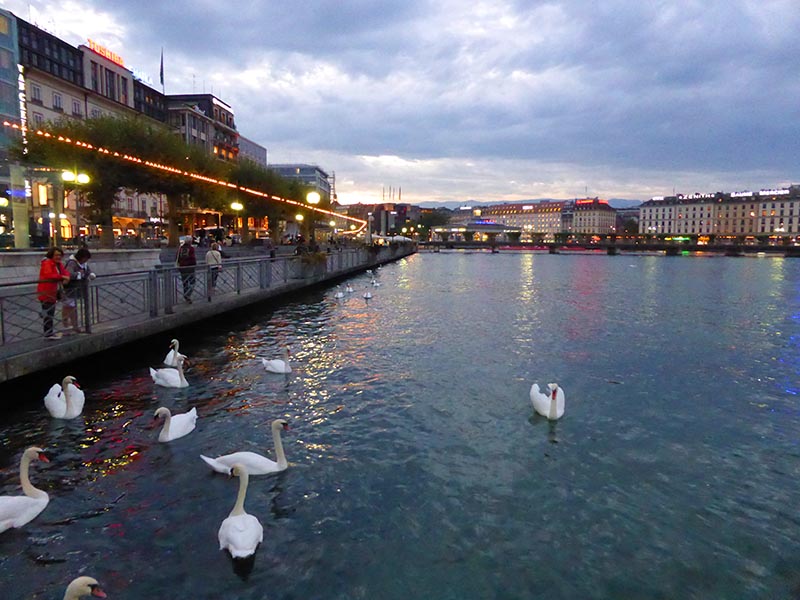 It is impossible not to admire the magnificent Lake Geneva, which is Europe’s largest Alpine lake. This highly popular lake has the stunning Alps as the backdrop including Mont Blanc being visible. Similarly Jet d’Eau the 140m-tall lakeside fountain shoots up water with incredible force – 200km/h, 1360 horsepower – to create the sky-high plume and this is impossible to not admire.

Equally as delightful are the swans who grace the lake.

On a city-break weekend it really is up to you as there are a wide range of accommodation options. We opted for sheer luxury at the Hotel des la Paix right on the lake and seeing the snow capped mountains behind. This is a luxurious hotel with a very friendly attitude, and this is what we found all over Geneva. The people in Geneva are very welcoming and a nice lot of people. You will find that many accommodation search engines have now geared themselves towards this city-break winner, and there are some excellent packages available, for all budgets. 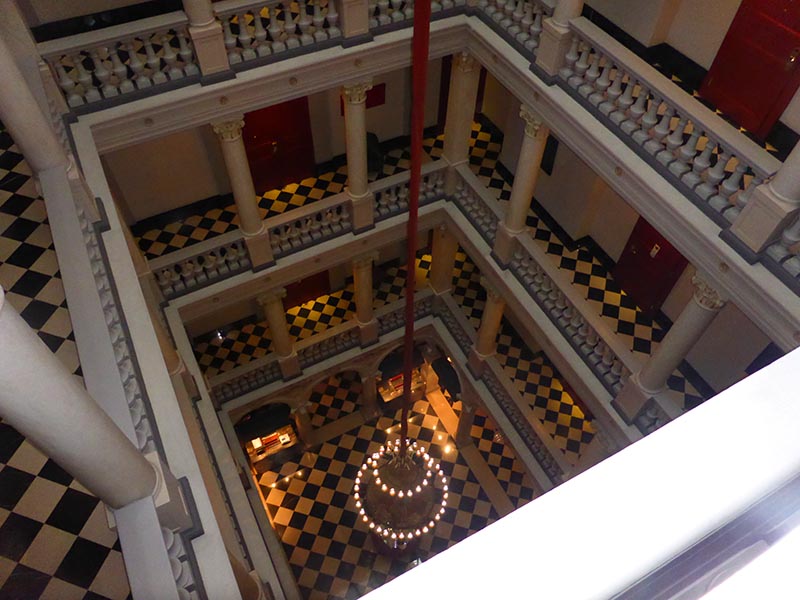 What to do in Geneva Switzerland – a perfect city-break destination

Geneva Tourism has made life easy for your city-break. They have gone to considerable effort to understand its many visitors and what they want and need. There are city-break guides for each nationality based on data collected from visitors as to what they want to see and to do. It is worth having a look at all of these for interest sake alone. Some cultures come to Geneva to buy a watch. Other want to learn a lot more about the reformation and the role Geneva played in this, while other want to go to the beach or enjoy the Lake.

There are also some interesting city-break activities that you can choose like the treasure hunt around the Old Town to discover, by yourself, called Geneva Mystery more of the cities incredible history. 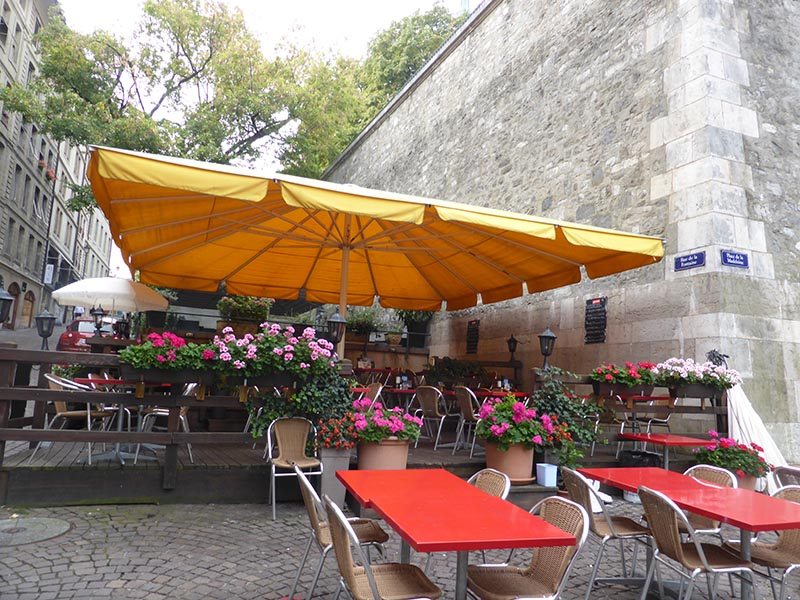 What we did on our city break in Geneva, Switzerland

Visited the main street, Grand-Rue, and saw the Espace Rousseau at No 40, where the 18th-century philosopher was born. Saw the part-Romanesque, part-Gothic Cathédrale de St-Pierre is where Protestant John Calvin preached from 1536 to 1564. Under the cathedral is the archéologique site, which looks after the 4th-century mosaics and a 5th-century baptismal font. Went to the Musée Internationale de la Réforme and learnt about the reformation. 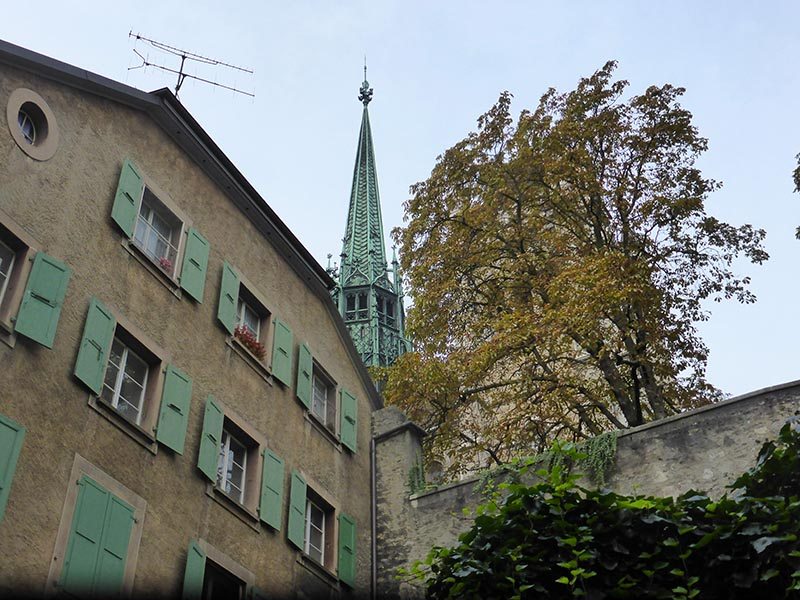 Get a Photo at the Flower clock

Had our photo taken at the touristy but lovely Flower Clock, in the English Garden, on Geneva’s lakeside. This clock changes seasonally depending upon the flowers. 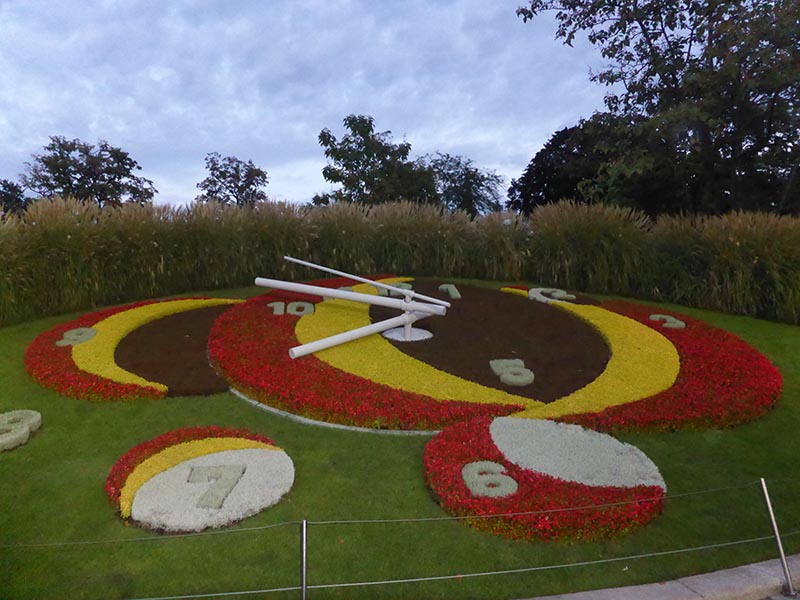 Wandered around this lovely and lively area and visited a flea market, called the marché aux puces, which was fun.

Go to the beach

Yes, Geneva has a beach and a popular one at that.

As soon as the sunshine comes out so do the people to continue their tanning. Bains des Pâquis, is a must for any traveller to Geneva, if not just for people watching. People were on the pier sunbaking; others were swimming. We could have booked a massage and warming sauna, but we didn’t, but you can also have a fondue dinner served at communal tables on the lake after your day at the beach. 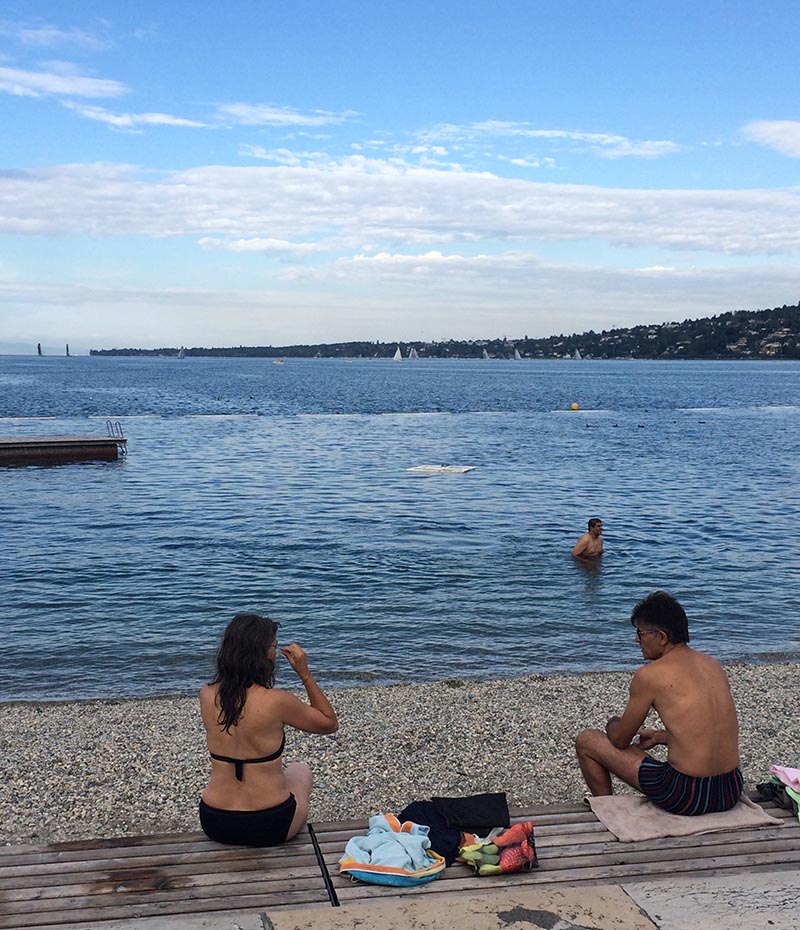 Carouge is a lively bohemian area, and strictly speaking it is not part of the canton of Geneva. However, many people flock there because it is a pretty place with lots of trees and pastel-coloured buildings that house galleries, boutiques and cafes.

About 25 minutes from the centre, we went out and had a look at the Hadron collider – the world’s largest and most powerful particle collider, built by the European Organization for Nuclear Research.Gordon was interested in the science, but I was paying tribute to Sheldon Cooper. 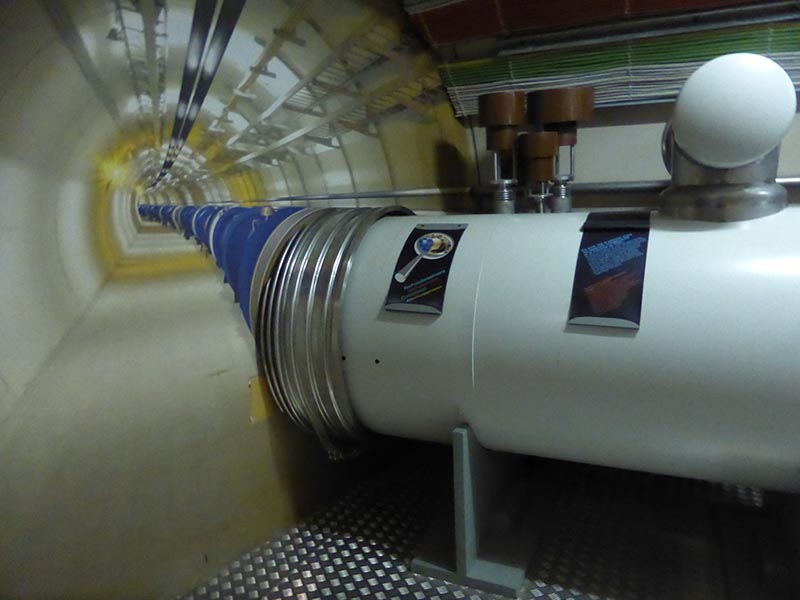 This is an excellent way just to have a look around not only this immense lake, but to view Geneva from the water. Relaxing. Any form of sailing is huge in Geneva. There are some fun bars right on the water, where you would swear you were in the Caribbean.

This was the very best part. Geneva knows and lives food. As a very cosmopolitan city, there is food from all over the world to be found here. Recommend trying Café du Centre, a brasserie where local fish from the fresh water Lake Geneva is served. If you want to indulge yourself at an affordable priced Michelin star restaurant, then Vertig’O is a must.

There is a range of restaurants of all prices in Geneva to suit all options depending upon what style of cuisine you are after. Also, no trip to Geneva is possible, without trying their famed chocolates. 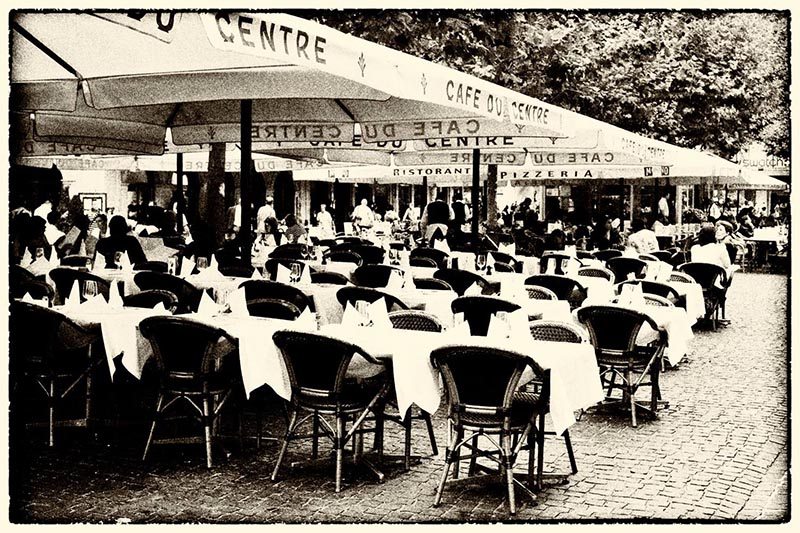 Geneva, Switzerland is an excellent place for a city break.

It is a melting pot of cultures, and the city where you can just relax in style and soak in the atmosphere. There is a lot more to Geneva than meets the eye. We found that talking to locals about their favourite things to see and do, allowed us to know more of the city. One thing that we do know is that sailing and food are high priorities in Geneva, Switzerland