How to make schnitzel as the Germans do 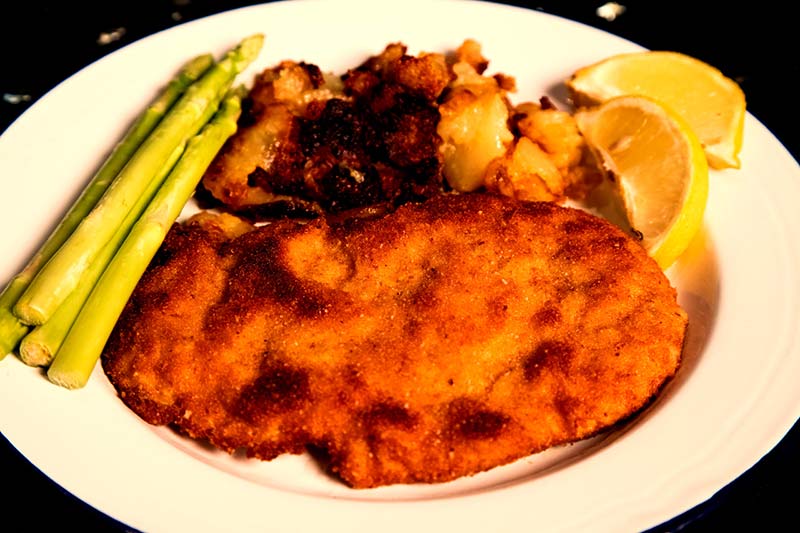 Learn How to make schnitzel as the Germans do, with this authentic German Schnitzel Recipe. Schnitzel is a traditional German dish where meat is pounded out thin, breaded, and fried.

I fell in love with schnitzel from the first time I tried it in a small little Gasthaus near Trier, Germany, so Reflections Enroute share How to make schnitzel as the Germans do. The crispy fried breading and succulent, tender meat were the perfect response to a cold winter evening. Paired with some perfectly fried potatoes and a cold Bitburger Pils, for me this was what it was all about. I discovered later that the origins of Schnitzel are a little unclear, but most would agree that it started in Austria. The finer restaurants will pound out the most tender veal chops but I prefer my Schnitzel from pork. Over the years I’ve found a huge variety of different schnitzel topped with everything from mushroom cream sauce to pineapple, ham and cheese, but I always go back to the original Austrian styler Schnitzel, topped only with a slice of lemon and served with a piping hot stack of pommes frites (french fries), a real classic. 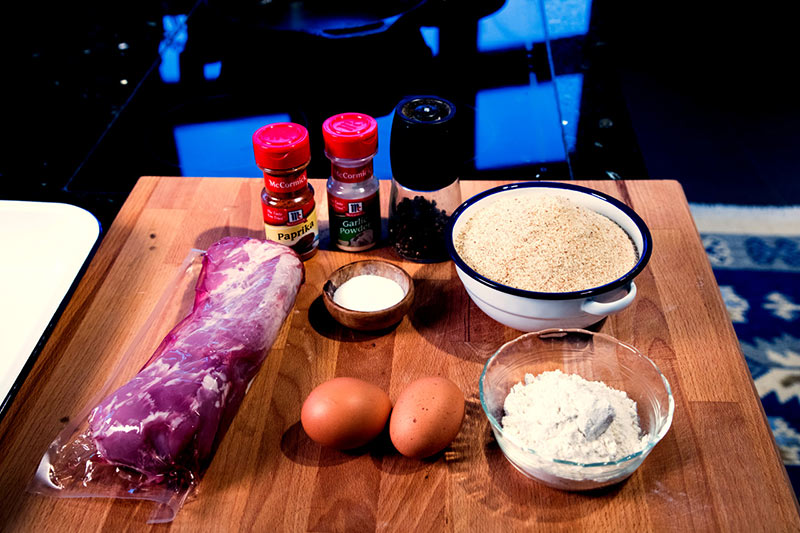 Trim excess fat from the loin chops. Place one chop between two sheets of plastic wrap and pound with the flat side of a meat tenderizer until about 1/4 inch thick. Repeat for the remaining 3 pieces. Lightly season all four flattened chops with salt and pepper. 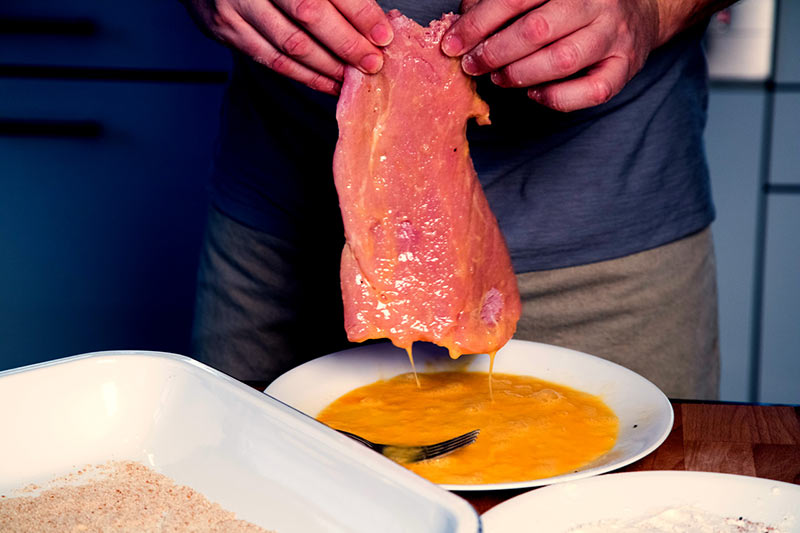 Heat about 1/2 inch of oil in a heavy skillet to around 325 degrees Fahrenheit so that the oil will be hot and ready for the breaded schnitzel (but be careful not to scorch the oil). 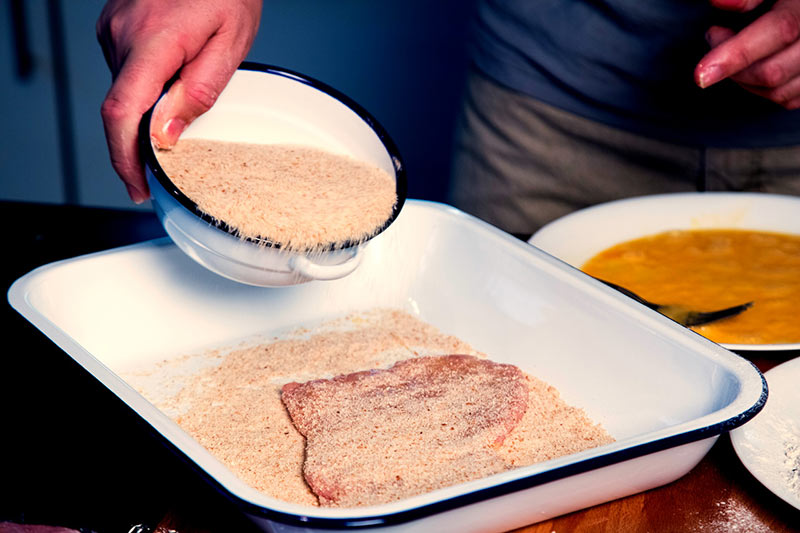 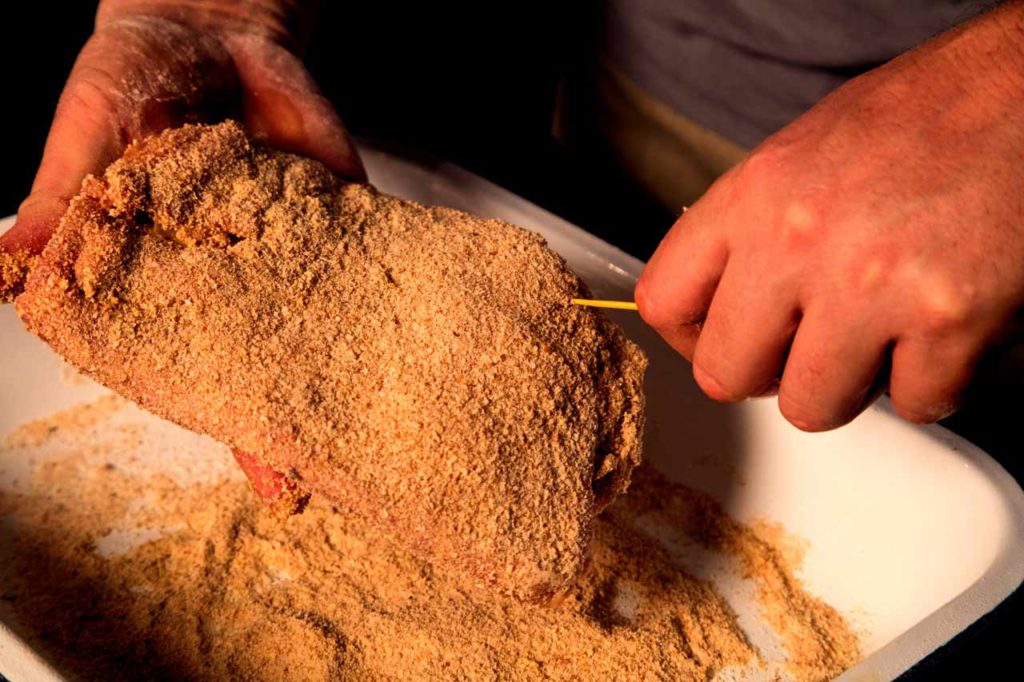 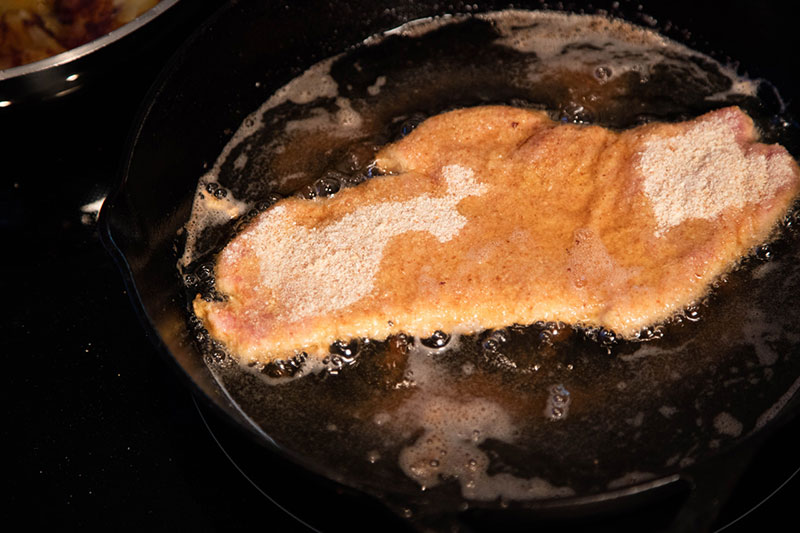 For the crispiest German schnitzel, serve directly out of the frying pan after a short cool down on a paper towel. Otherwise, finish frying all of the schnitzel and keep them warm in a 225 F (100 C) oven while you finish off sauces or toppings.

Serve the schnitzel with a slice of lemon and a side of fried potatoes.

And that is How to make schnitzel as the Germans do. Guten Appetit!

Add this pin to one of your boards 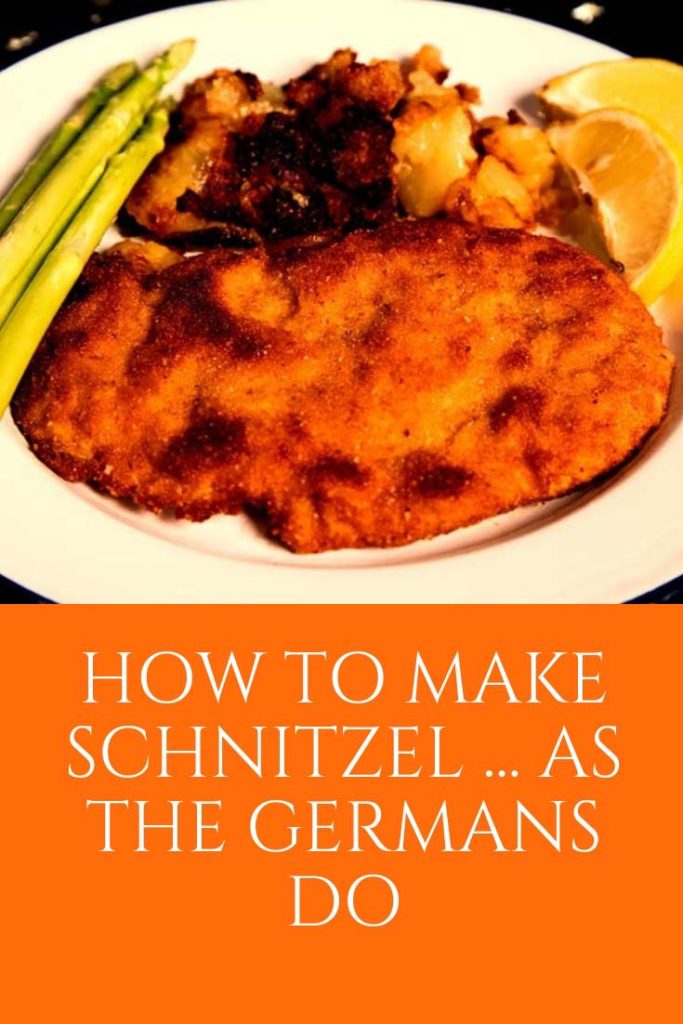 How to make schnitzel

How to make Gulasch and knödel from Germany

How to make Fish Amok from Cambodia