K is for Kazakhstan – Hot Spot: Borat and Prince Harry should know 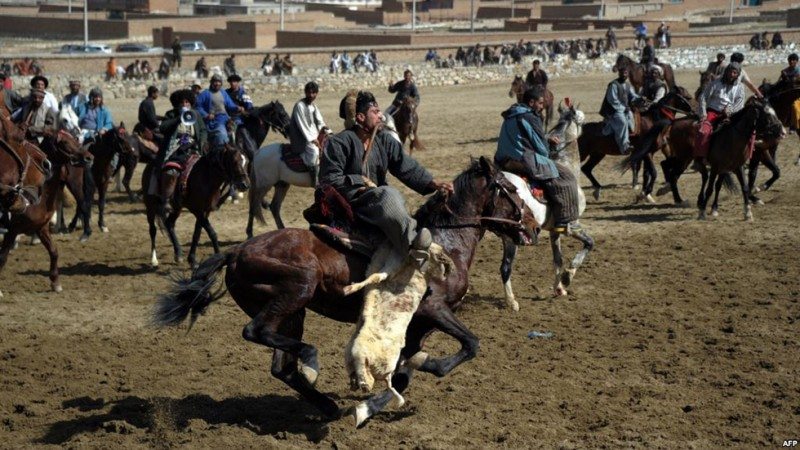 If Borat and Prince Harry have discovered Kazakhstan, it will not be long before this place is on everyone’s agenda. But seriously .. from what friends have told me, Kazakhstan is a totally charming country with quite a western European meets eastern European ambience. Since I wrote this post, the Wold Nomad Games, which are held in Kazakhstan have become very very popular. Read here for more about these intense games, that I would love to see.

This country has a lot going for it from mountains and skiable ones at that, to glaciers, steppes and deserts and is highly multicultural and in my book that is always a good thing. 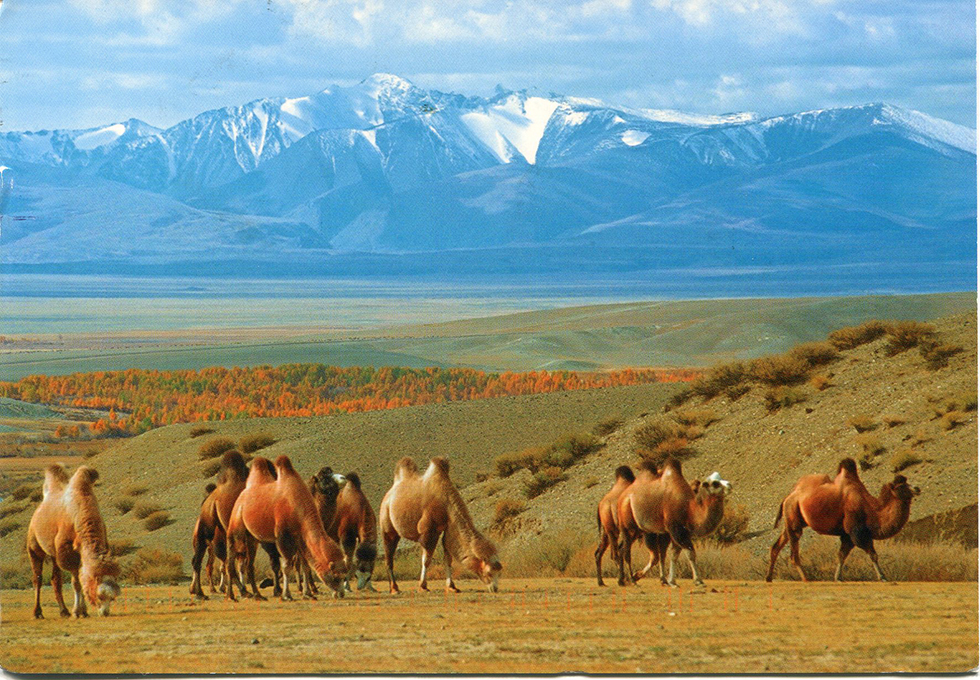 It is the world’s ninth biggest country with a population of 17 million. Kazakhstan is a very prosperous country thanks to the all important ‘oil’. It is not in the slightest unusual to see very wealthy people next to some of the nomadic groups of the country.

The Kazakh are generous

The Kazakh are big believers in treating their visitors well and hospitality is extended to anyone. This is taught from birth. They will all stand and greet you at the door and then offer you the most important seat in the house. You will be offered kumiss or tea. From what I have been told they then remain silent while they feed you as they want you to feel relaxed. My friends wanted them to join them and to chat through the meal however the Kazakhs find this direspectful.

They are renowned horsemen. It is said that in the past, many Kazakh children learn to ride before they learn to walk, and the Kazakhs are still known for their superior skills. They were the first to use stirrups, and perfected the technique of shooting arrows with superb accuracy while riding at a gallop. 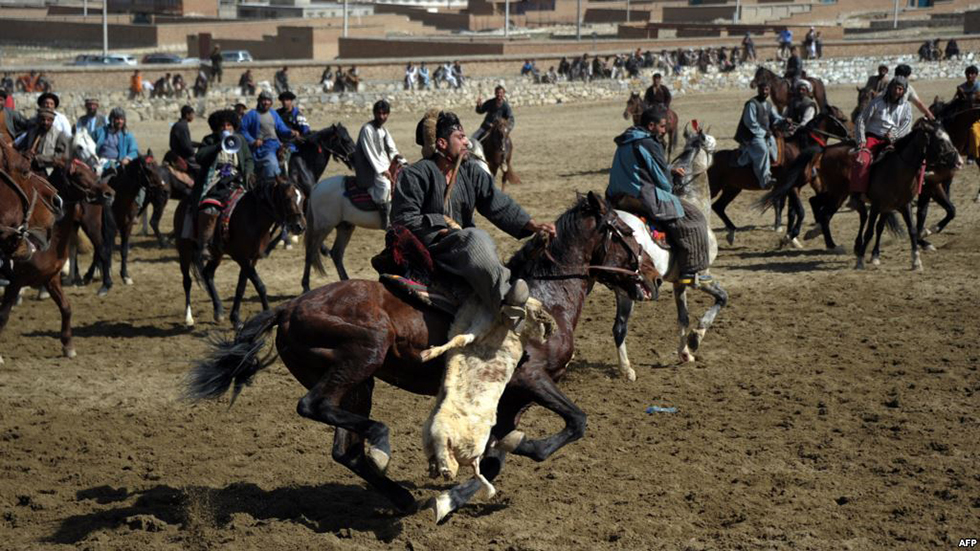 They also perfected the yurt – the nomadic transportable abode that is generally elaborately decorated. These were used in the past as they traversed this very large country and are still common today. 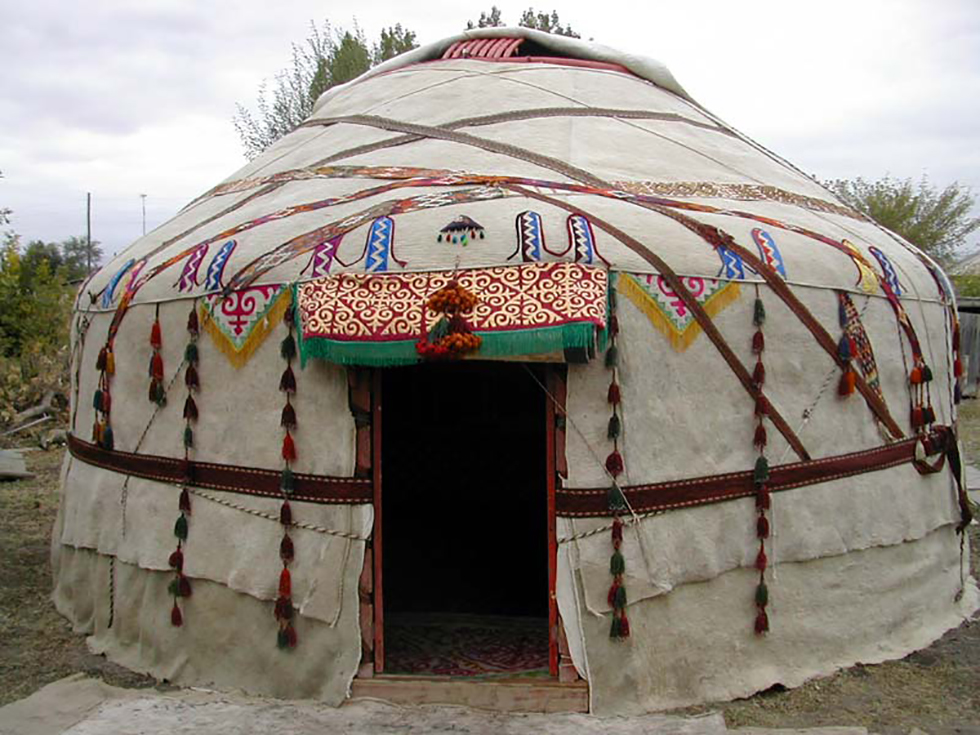 A wedding in Kazakhstan

According to Kazakh custom, a wedding lasts 40 days, beginning with the matchmaking. The fiancé’s relatives act as matchmakers, bringing gifts to the bride’s parents and asking for their consent to the marriage.  If you can score an invitation to a wedding, which should not be difficult then go for it, it would be a huge experience. Kayne West was paid $3 million dollars to sing at the wedding of the Presidents grandson recently, so who knows.

The 2006 mockumentary, ‘Borat: Cultural Learnings of America for Make Benefit Glorious Nation of Kazakhstan’ portrayed the character Borat, who hailed from Kazakhstan and is sent to the United States to report on the greatest country in the world. With a documentary crew of one in tow, Borat becomes more interested in locating and marrying Pamela Anderson. 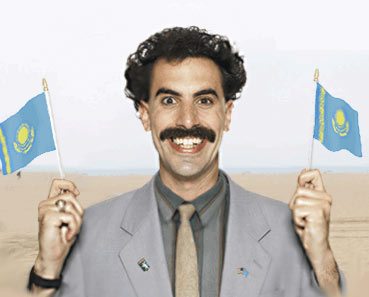 Quite naturally the movie was not  liked at all by the Kazakh’s, as the portrayal of them, whilst hilarious, made them feel like idiots. However after this film the number of visas issued to Kazakhstan grew by ten times, and therefore tourism went through the roof so they don’t seem to be overly offended anymore.

The Americans also felt that they were portrayed as idiots, which they were. Regardless, there were not many people who did not know the name of Kazakhstan after that. What’s the saying – any publicity is good publicity. I still don’t think that many Americans are big fans of Borat.

Very recently the naughty but thoroughly likeable British Prince Harry, went to Kazakhstan and skied at Shymbulak . Naturally there was a media frenzy. From reports there has been another spike in people not only enquiring about Kazakhstan but booking their ski vacations already. This was once a fairly ordinary ski field but now is being fully revamped and glitzed up with new lifts and facilities. It is just 25 minutes from the city of Almaty, and here is where you can enjoy après-ski, where there are plenty of glitzy nightclubs and restaurants. This is the new ‘go to’ ski destination, a real hot spot in a charming country. Even the President of Kazakhstan skies down these slopes, albeit with a stack of security guards manning the pistes.

So if you want to be charmingly treated in the new travel hot spot, Kazakhstan is the place to go to …soon. 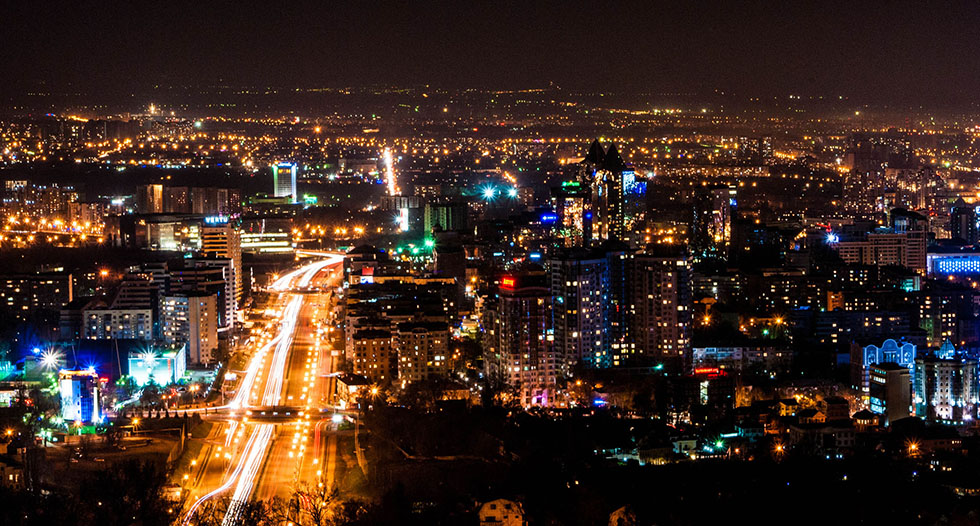 This is part of our entry into the Blogging from A-Z Challenge, April2014  http://www.a-to-zchallenge.com