Besancon – “Outside my Front Door” by Elena’s Travelgram 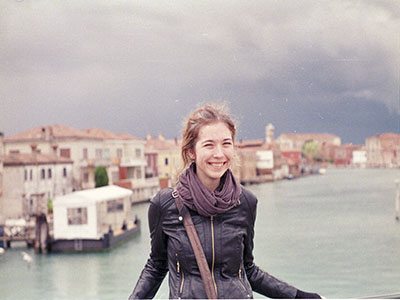 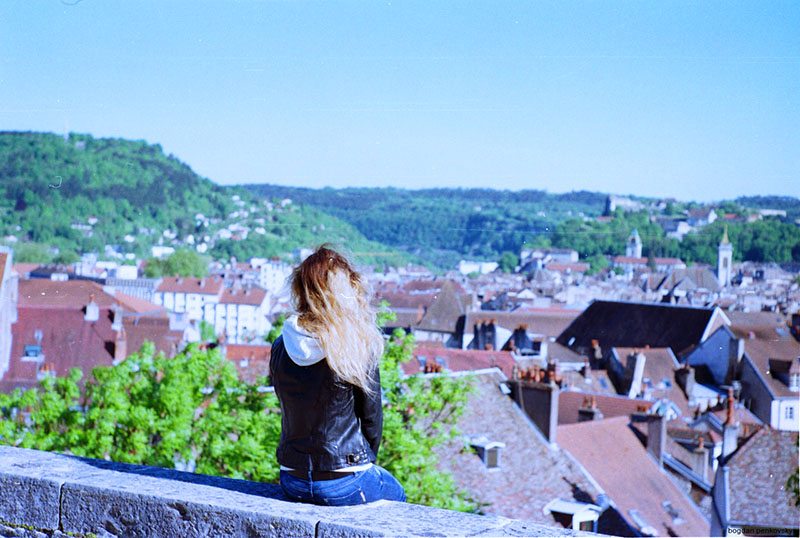 I’m Elena – a twenty-something girl born and raised in Kiev, Ukraine. Occasionally, I get lost in the jungles and love eating French pasty a lot. I blog at Elena’s Travelgram about what’s living in France actually like, publish lots of photos from my trips around Asia and Europe and write day trip city guides for French cities.

How I’ve ended up in France? Here’s the story.

Back in September last year I’ve ditched all the common sense and followed by heart that lead me to a tiny, yet absolutely adorable all-so-French city of Besancon. You see I met someone special that summer while backpacking around Indonesia. We talked through the whole 8 hour flight from Dubai to Jakarta, hiked up two volcanos and even got lost in the jungles together…and was found too, luckily. So when I got to know that he’s already enrolled to PhD in France for the next three years, I couldn’t say good bye forever and hopped on the next plane shortly.

Probably, you’ve never heard of Besancon before. Frankly, me too till I got there. It is the capital city of Franche-Comte Region, Eastern France. The province is often called the French Switzerland due to sloppy hills, great cheese, local watches and emerald green fields with double rainbows above and unicorns pasturing here and there. (Kidding, it’s only double rainbows here).

The view from my window a few days ago 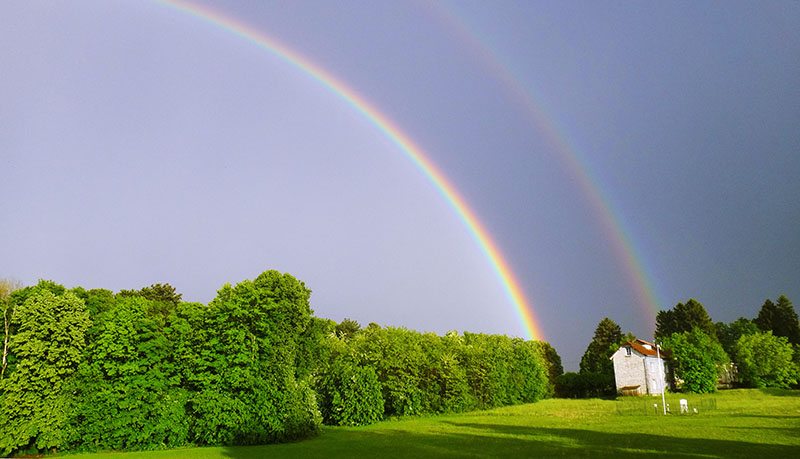 The city is usually off the tourists’ path, yet there are a lot of French tourists traveling here in summer and early autumn. Why you ask?

Well, here are just a few things I see outside my front door in Besancon: 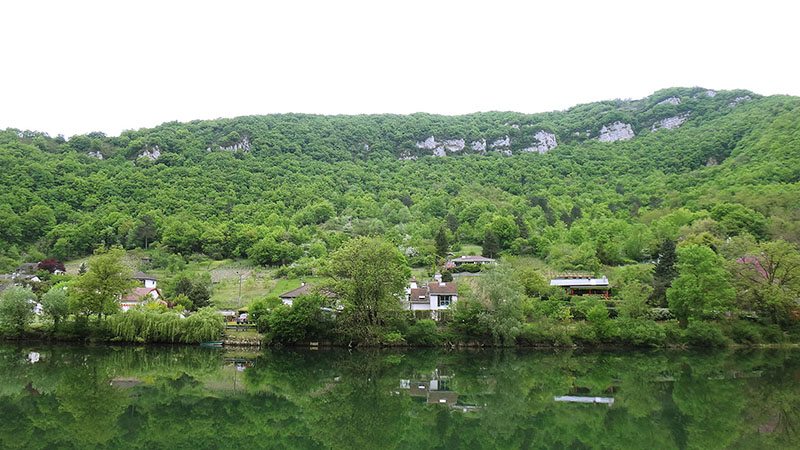 The Citadel of Besancon

Overlooking the city from the nearby hills this huge monumental fortification is an awesome place to explore for the whole day. Built in the 18th century by the talented war engineer Vauban who’ve created or modified over 300 fortification sights all around France and has been added to UNESCO World Heritage list a couple of years ago.

Climb up the mighty thick walls to get the best view of the city and sparkly river Doubes circling the old city center with orange tiled roofs and endless chimneys.

Explore the inner buildings and a few museums and you simply can’t miss the Zoo! There are over 50 various animals including a few endangered species like the Asian Lion and the Siberian Tiger, lots of colorful birds and frisky apes. 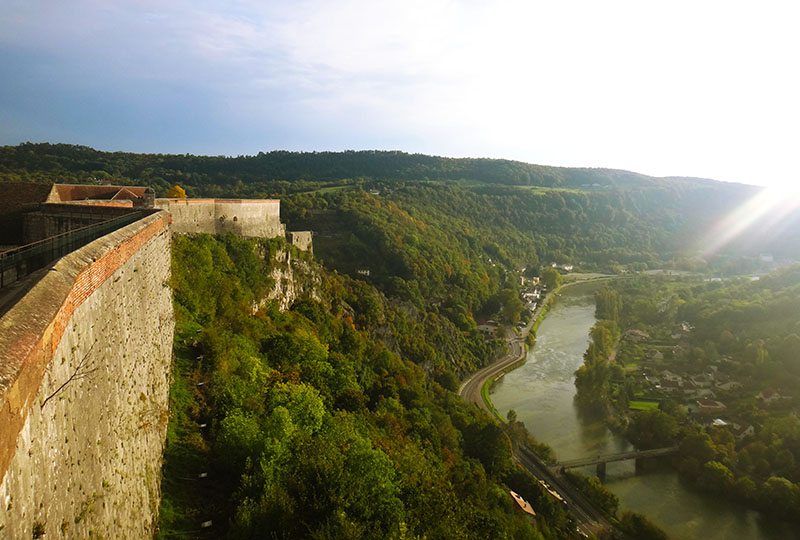 I love walking by foot a lot and wandering around the narrow streets of Old City Center. There’s always something thrilling waiting for you around the corner – a cathedral, a palace or just a beautiful medieval house built in the 16th century.

Victor Hugo was born here and the house where he grew up and spent his childhood today’s turned into amazing museum.

One of my most favorite places ever is the clock tower at Cathédrale Saint-Jean de Besançon. At noon the astronomical clock goes live with 21 animated figures performing various biblical scenes. The clock gives 122 (!!!) indications including seconds, years, sunrise/sunset time and so on. 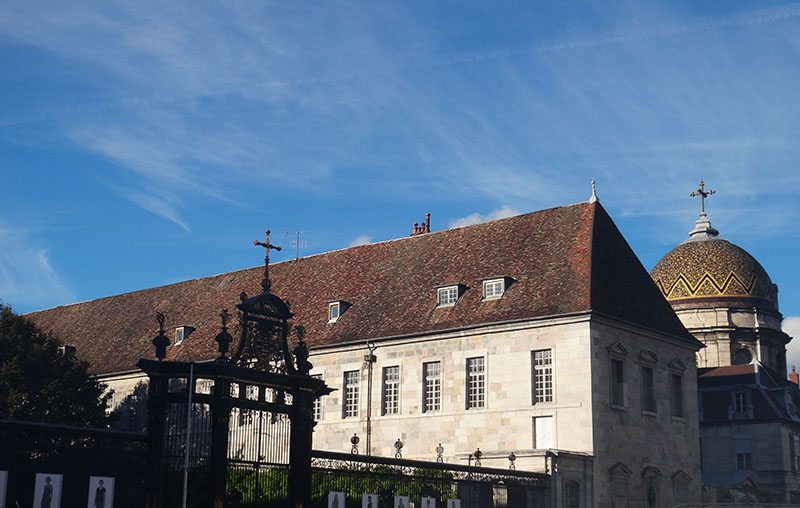 Amazing nature and adorable villages are outside my front door.

I’ve learnt how to write a bike only this year in France as I grew up in Kiev city center and there were no places where I could ride safely.

In Besancon, there are plenty of bike routes all around the city and around it. On weekends we love taking long rides along the river to nearby towns and villages and crashing on a picnic afterwards.

For example, there’s a lovely tunnel in the nearby Thorais with a waterfall at both entrances and a charming small castle in the center.

To see more of the wonderful Outside my Front Door series, just see our site. This really is a special series that showcases people’s homes from all around the world.

Leuven, Belgium Outside my Front Door

The Bahamas – Outside My Front Door