Texas – “Outside my Front Door” by Paxview 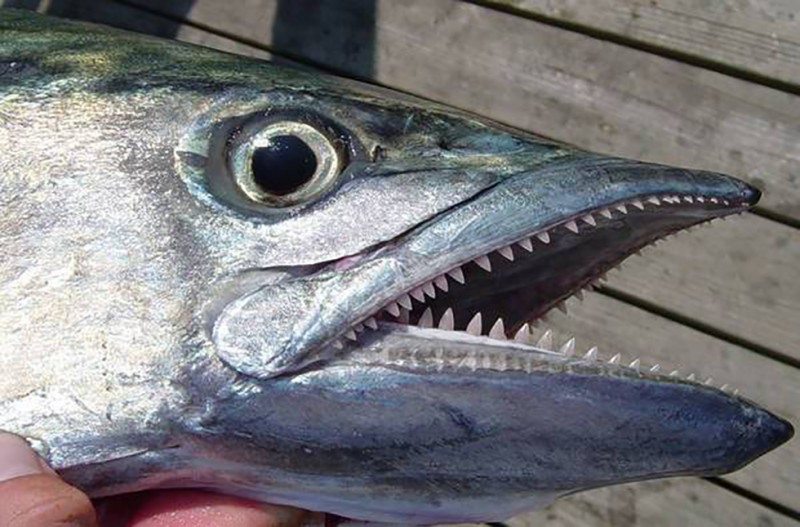 Let’s go fishing with a local inTexas and The Gulf of Mexico, in the outside my front door posts, where locals share their homes.

JR of Paxview  is an electrical engineer who moved to Texas from Maine in 2011. In his career he has visited more than 40 countries either for work or pleasure, and has lived in several US states, as well as Taiwan, Singapore, and the UK.

Out my back door: Texas and The Gulf of Mexico

I recently moved from Maine to Texas for a new job. Before starting here, I was given 2 choices; work in HQ/Dallas, or at a large remote site in Houston. My wife says it took me 5 seconds to decide, I think it was more like a half-second. The answer was “Salt Water”. Dallas is great, but it’s landlocked, and I am a serious recreational salt water fisherman. It was not a contest, and I am in Houston.

Whether I’m home or traveling, when I have some down time I try to go fishing. That has resulted in experiences as varied as halibut in Alaska, blue marlin in Tahiti, rainbow trout in New Zealand, bluefin tuna in Maine, and sailfish in the straits of Hormuz. And that’s why Houston was a natural pick for me, because virtually out my back door down I-45 is Galveston Island and the Gulf of Mexico.

Back home in Maine, the salt water fishing season is short, but it is incredible. Basically it starts in May and ends in October. We begin with early season cod & haddock in 30-something degree water, then transition over to mackerel, striped bass, and bluefish as the water warms into the upper 50’s. Come the fall, it’s “tuna time” and the best chance for some really monster striped bass (+40”). Then the water temperatures drop, the snow starts, and we hang up the poles for the winter. One note here for people who have fished striped bass in fresh water… NOT the same thing at all! The state minimum for a striped bass in Maine is 40 inches. The 16-18 inch fresh water versions of these fish have a different name up north, we call those schoolie sized fish “Bait”. 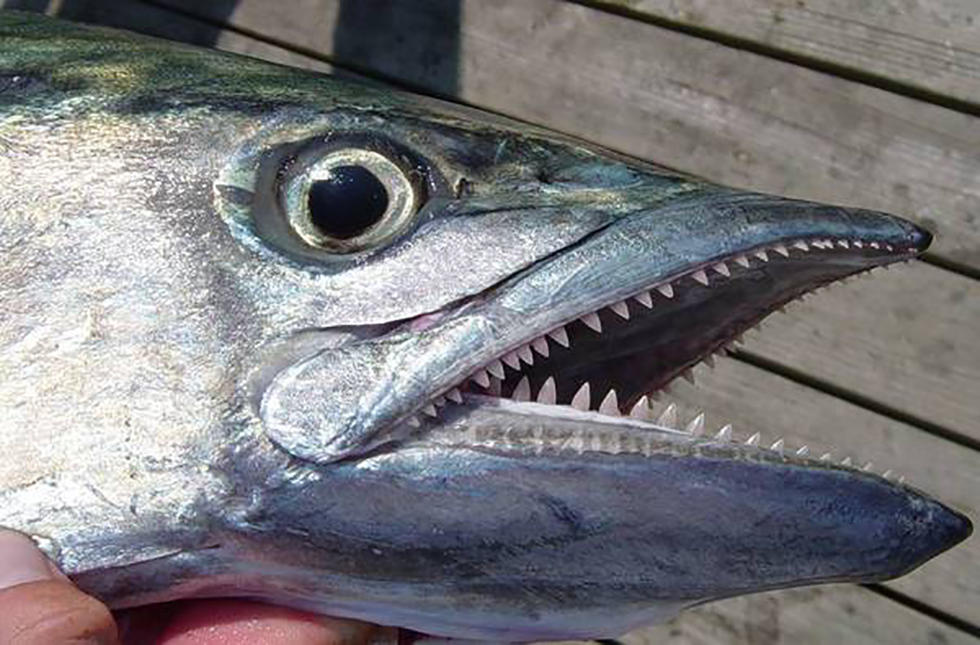 Texas and The Gulf of Mexico

Just the opposite of Maine, here in Houston it’s mid-summer when you don’t go fishing, it is simply too darn hot. The fishing style here is also very different, and not just the species of fish. No matter how long I live here, going fishing in salt water in January wearing shorts and a tee shirt will never get old.

So, fishing in the Gulf… First thing you have to decide is what you are fishing for, and that then determines what you bring and where you go. Rather than bore you with an infinitely long list, I’ll just focus on 3 of my more common fishing experiences here in Texas.

Bonnet Head shark. These are relatively small sharks, the smallest member of the hammerhead family. They are seldom over 4 ft long and like to hang out near the shoreline on the inland side of the islands. I bring a 6 foot spinning rod with a 40 lb mono leader, and I use fresh shrimp for bait. Bonnet’s are a blast to catch, good fighters, and surprisingly good eating too. When caught, you immediately cut off the head and tail, gut the fish and put it on ice. Back home, cut the body vertically, and you get steaks that look & taste a lot like a swordfish. 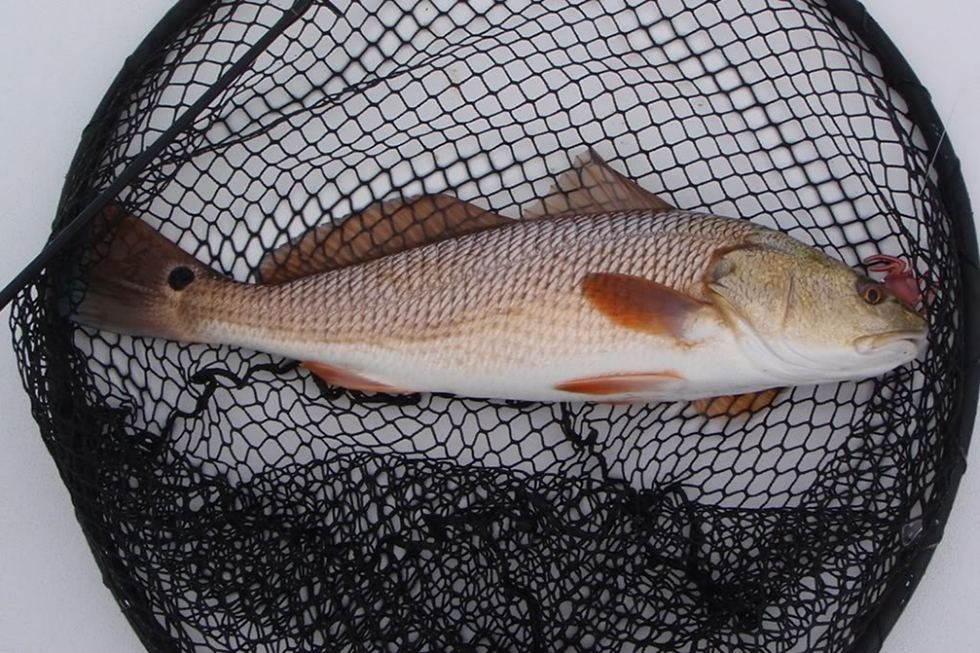 Redfish are as popular down here as striped bass back home, and they fill almost the same niche in the food chain. Best places to catch really large ones are on the ocean side beaches, using an 8 ft surf rod, circle hooks with a free sliding 2oz sinker on a 2 ft leader, and finger mullets (4” to 6” long) for the bait. There are a lot of other fish roaming these beaches looking for mullet snacks, so it can often take a while before you connect with a red. But it’s time well spent, usually out 100 ft from shore, in water up to my waist, beyond the first set of breakers off the beach.

Kingfish are to me the ultimate sport fish in the Gulf, and yes, I know in advance others will disagree. Cobia, mahi-mahi (dorado), blackfin tuna all deserve a mention. But for me it’s the kingfish. Incredible fighters, capable of running hundreds of yards off your reel in incredible speed burst runs. During a fight they will often leap completely out of the water, and they are absolutely delicious eating. For these fish you will need to be in a boat, and we usually go out by the oil rigs, sometimes 25 miles off shore. They have a long mouth armed with interlocking razor edged teeth that will slice through monofilament lines like butter, so use steel leaders. For bait I typically I use a large mullet, and a circle hook through the back near the dorsal fin. Left over wine bottle corks with a slit in them are used as eco-friendly bobbers, and you let the bait drift behind the boat, about 20 feet deep. Leave your trolling rig on a very low setting, and when you hear the drag screaming, tighten up the drag and do battle.

Overall, I have to say that right out my back door I have a range of really amazing fishing opportunities for those 9 months when it isn’t too hot to go outside. So if you ever find yourself down by the Gulf of Mexico, and you have some time to spend, you know what I’ll suggest.

JR is an electrical engineer who moved to Texas from Maine in 2011. In his career he has visited more than 40 countries either for work or pleasure, and has lived in several US states, as well as Taiwan, Singapore, and the UK.

Zipolite, Mexico – Outside My Front Door