Parlour Lane Roasters: a coffee shop with a wicked sense of humour. 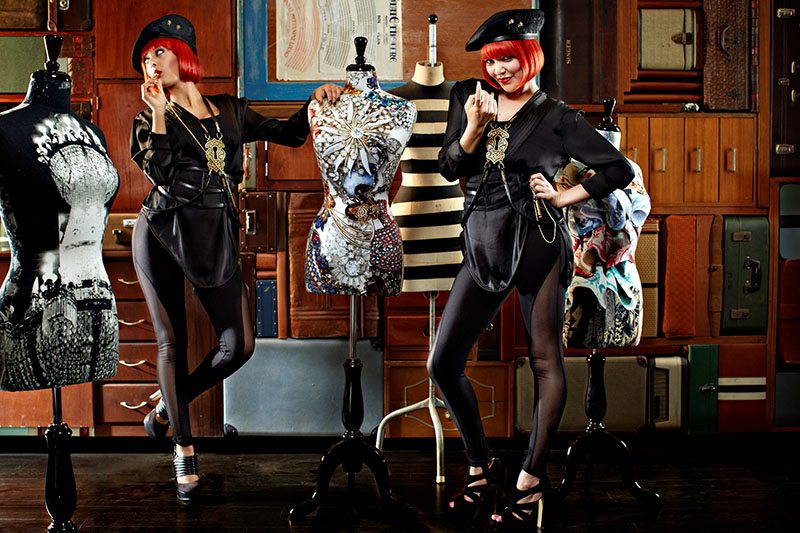 Parlour Lane Roasters is a coffee shop in Sydney with a big case of attitude. This is in your face attitude, OTT, quirky and totally wonderful.

Early on Sunday morning, we headed to Sydney’s old State Theatre, where the bespoke QT boutique hotel has set up its own little Rocky Horror Show, come vaudeville hotel and part of that is the Parlour Lane Roasters.

We needed coffee and we wanted to see what this was all about. We arrived earlier than the scheduled opening of 9am and were greeted by a lady with hair redder than mine, and dressed in a tight black costume. Her make up was rockabilly perfect and she had her theatre face on.

She was the greeter for the hotel as well as for Parlour Lane Roasters Café. She did indeed greet us warmly, inviting us straight in, despite our early arrival. She was delightful, cheeky and sassy and we could tell immediately that this was going to be special. When a guest descended from the elevator she promptly whistled to a passing taxi for the guest. This was getting better.

She is called the ‘Directors of Chaos’ and her role is to ensure that guests staying at the hotel and also coming to Parlour Lane Roasters, face anything but chaos. You have got to love the entire concept by QT.

Am I being sponsored by QT to write this? No – but credit where credit is due. If it rocks my boat, lights my fire then I am not beyond giving recommendations to them. I like their sense of humour and I really like their badass attitude. I like that they can combine class, humour and service all in the one go.

My thoughts was that the Director of Chaos was an aspiring actress and in many respects yes, that is the case, as the staff are auditioned for their roles. The other thought was that we had entered into the set of an old quirky movie.

This is a great welcoming to what is a fantastic, unconventional and historical building in Sydney’s CBD. The old State Theatre of Sydney was opened in 1929 and itself is an eccentric fusion of Gothic, Italian and Art deco design. The intention of the theatre was to be a ‘Palace of Dreams’, which it was and still is. 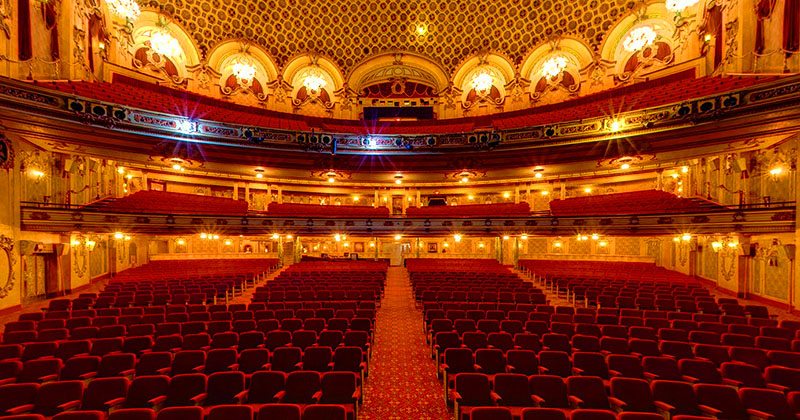 It seems only fitting that the annexed section of the historic Gowings building and the State Theatre building in Sydney have been so cleverly integrated. It retains the eccentricity and quirkiness that its original designer, Henry White, envisioned.

It just gets better as we order our coffee at the counter, from a barista who knows what he is doing and who is as friendly and as amiable as our greeter was. The bar stools are all made of women’s legs and sexy legs at that. There were 2 other customers in there and they were sitting astride the sexy legs…. and there is nothing like being gobsmacked at such an early hour. 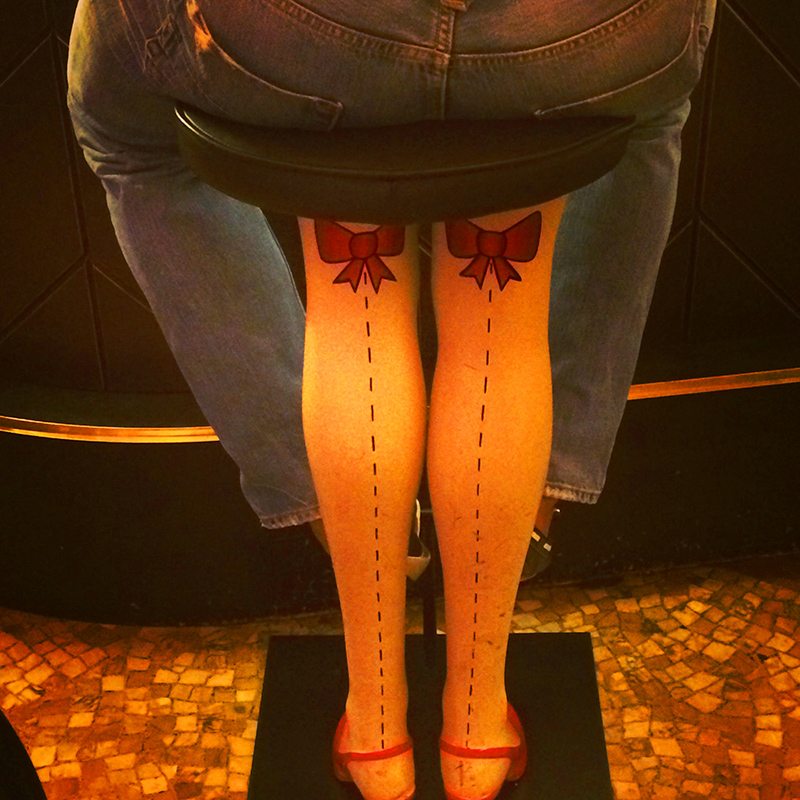 This was a sensory overload in the very best way. 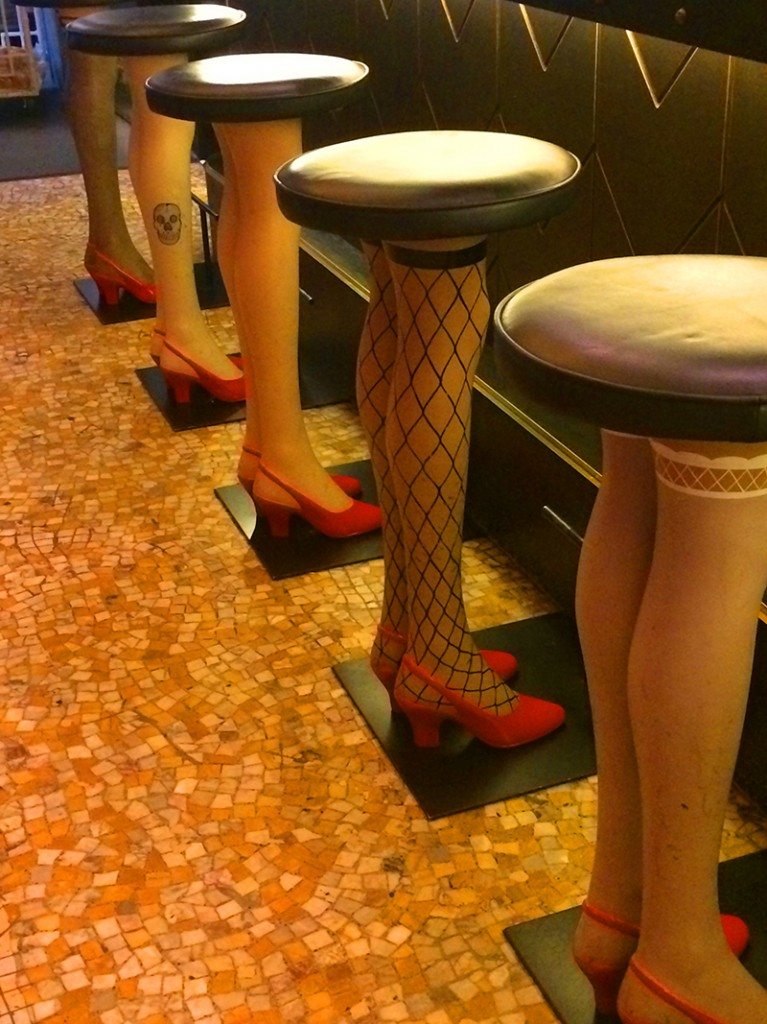 As we tried to take in all of the objets d’art in the stunningly outrageous interior, I was drawn to a large gown that was beautifully made. I found out it was made entirely of granny knickers, which is entirely appropriate to the decor. There were old window store wooden dummies converted to lamps, with fake fig leaves appropriately placed. 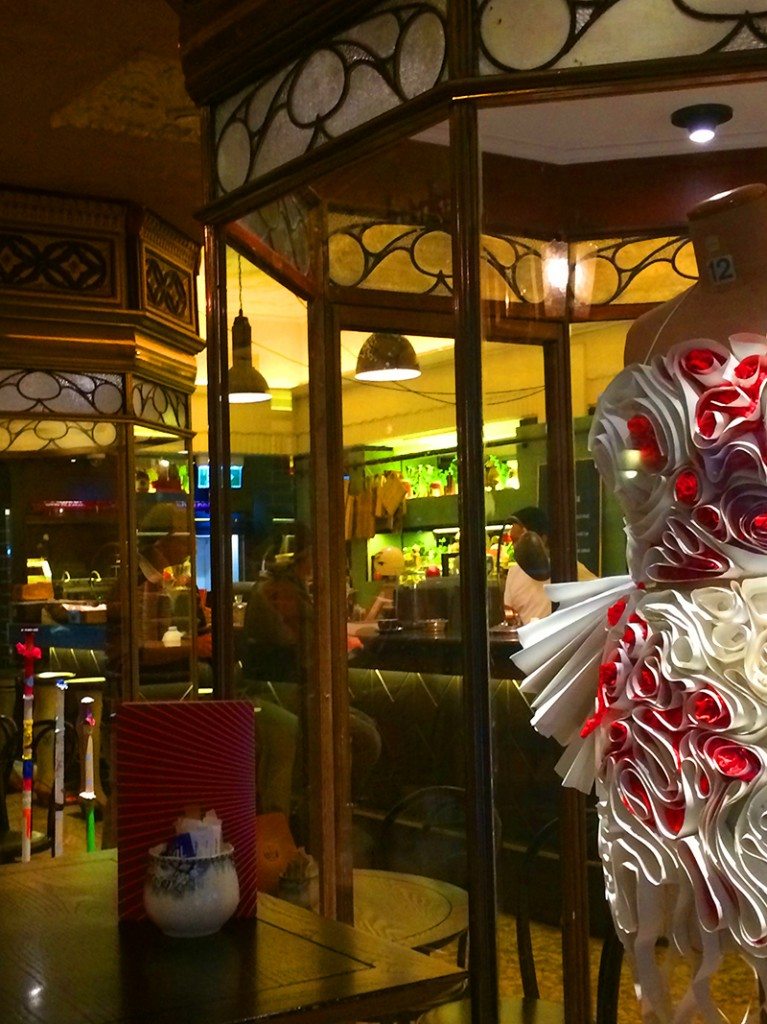 The beautiful old elevators are now sensory kitted out to adapt to the passengers. If you go up the elevator on your own you will be greeted with a song that predicts your loneliness at being by yourself, two people will get a song about couples and more than two get party music. 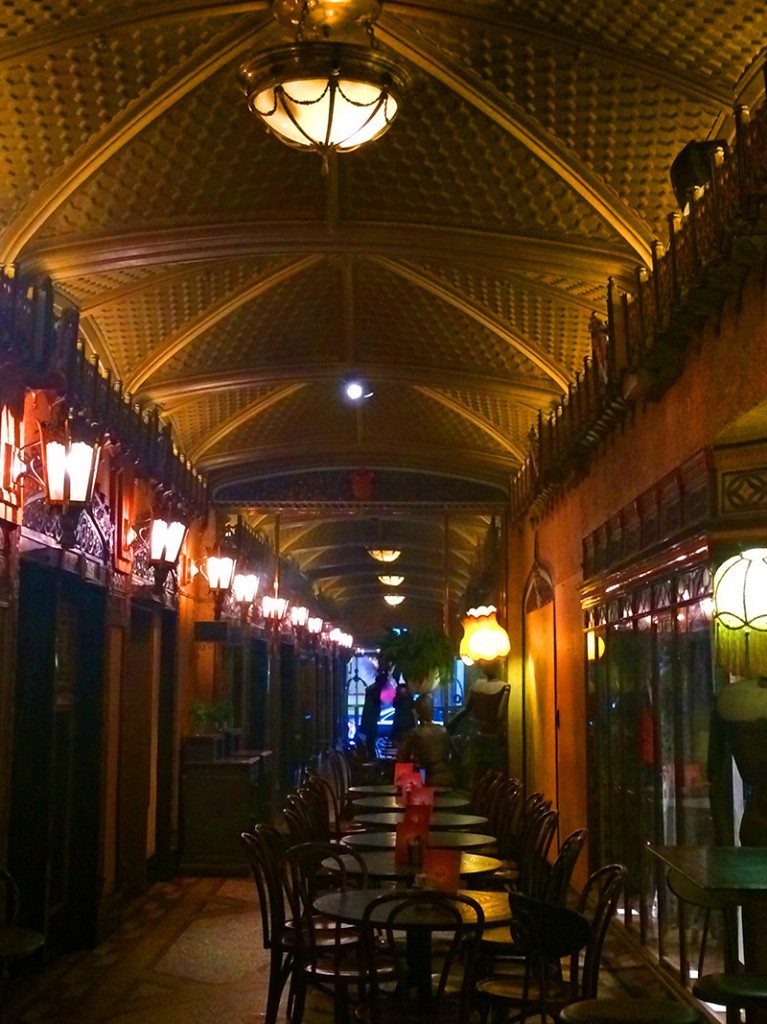 We had been to the QT in Canberra a few weeks before and again found the irreverent quirkiness that we were experiencing in Sydney. QT has a signature and it is a signature that I find amazingly humorous and totally chic. In our nations capital Canberra, much of the décor took the piss out of our politicians and other world leaders. All of this is done in amazing style and class. 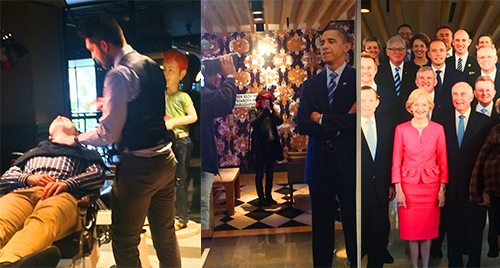 And the coffee was good ..

Standing out from the crowd in a coffee obsessed society as Sydney and indeed Australia, is paramount. Standing apart from other accommodation options is an even bigger call. Having such a stage to walk onto is nothing short of genius.

Don’t forget that Sydney is worth the long haul flight. Who knows what other secrets you will uncover.

As others from our party woke they joined us for coffee and were greeted by the Director of Chaos and her flaming red hair and they too experienced the theatre that is QT and Parlor Lane Roasters. 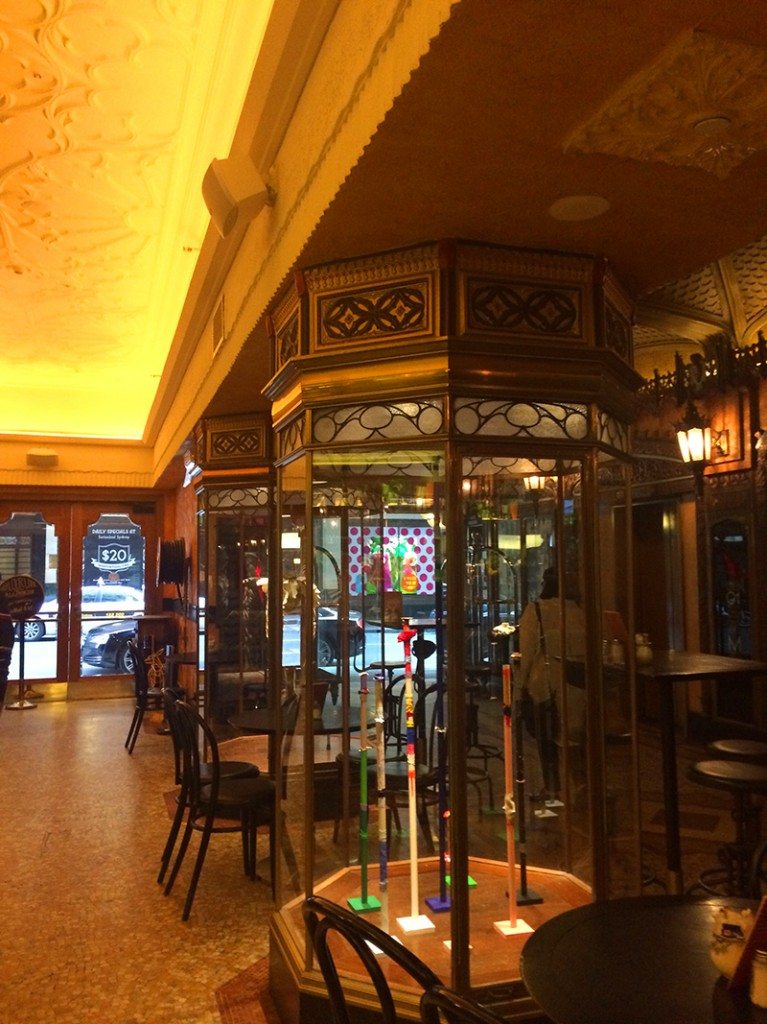