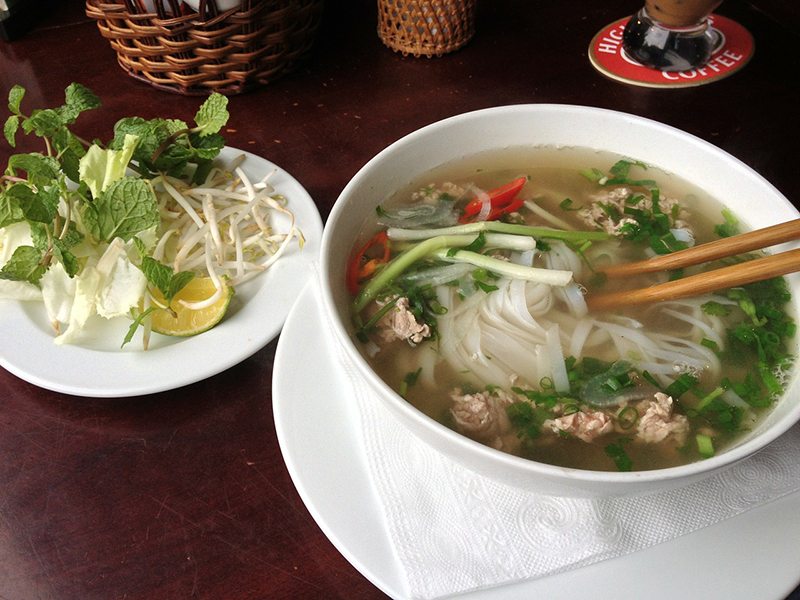 Pho is a Vietnamese soup, typically eaten at breakfast but in reality is eaten all through the day. This is ‘the’ staple of Vietnamese cuisine. This is archetypal street food. I know that when I was in Vietnam it was delicious and I know that we seek pho out here as well.

Pho is not just a soup it is a highly sought after and profoundly compared dish. The Vietnamese people want and expect the best pho possible.

The key to a class act pho comes down to one thing and one thing only – the broth. 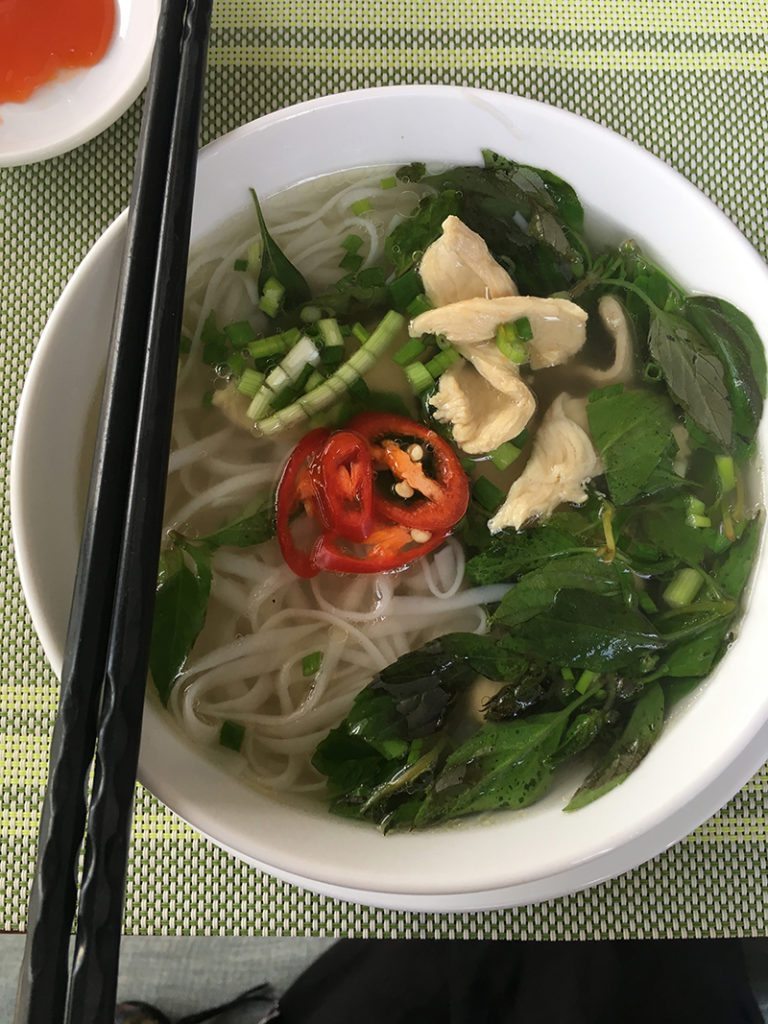 Before proceeding, a query from many people is what is the correct pronunciation of pho. Is it “Fuh” or “fo” as in “faux”? My friend from Hanoi says “Fuh” but one of our local Vietnamese restaurants where they are from Ho Chi Minh City, says ‘faux”. Is it a regional dialect? I really don’t know so maybe you can help me out. I tend to go on the safe side and point at it on the menu. Did I hear ‘wimp’ being said then?

A good pho broth is crystal clear full stop. That is the absolute in all of this. Everything else is secondary.

A distant second are the spices like cinnamon, star anise, cardoman and cloves.

Then we have the basil, bean sprouts and sometimes chillis, coriander and spring onions.

The term pho actually refers to the noodles, not the soup. Pho is made with white rice flour noodles that are made daily and sold in markets.

The correct way to eat pho is with the chopsticks in your right hand and the soup spoon in your left.

You eat the noodles and then raise the bowl to your lips with both hands and drink the broth straight down.

Washed down with a Bia Hoi beer, which means “fresh beer” in English, and I doubt whether you can go wrong, when it comes to Pho in Vietnam. 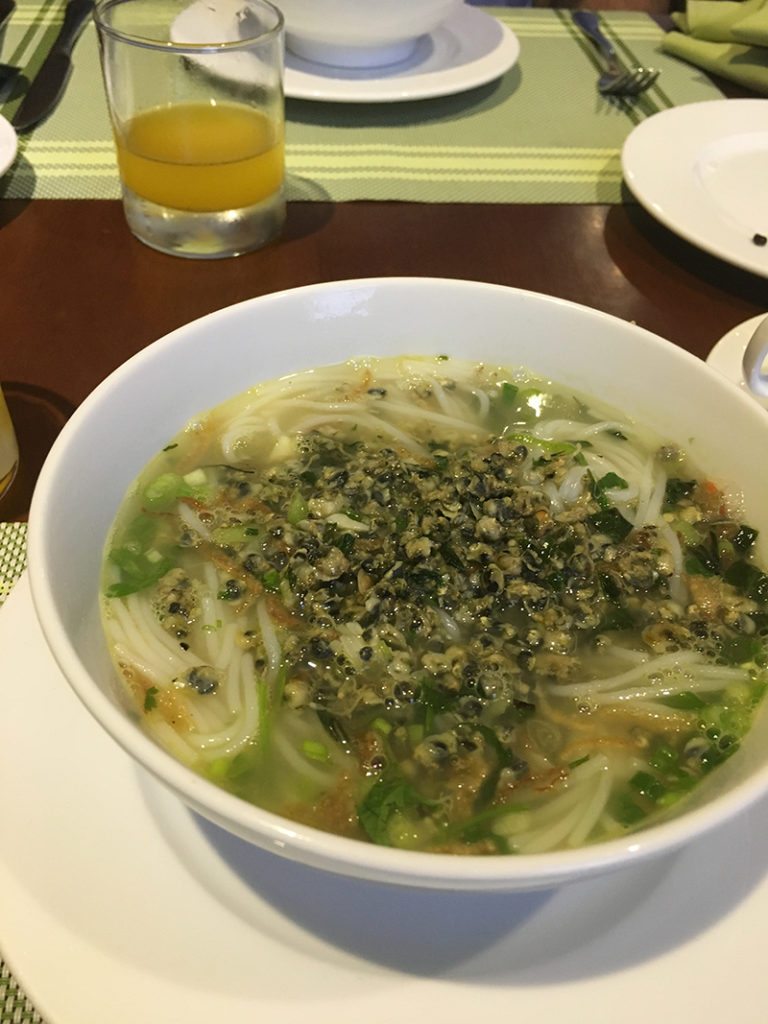