Platform 19, not Platform 9¾ – our bullet train is stuck! 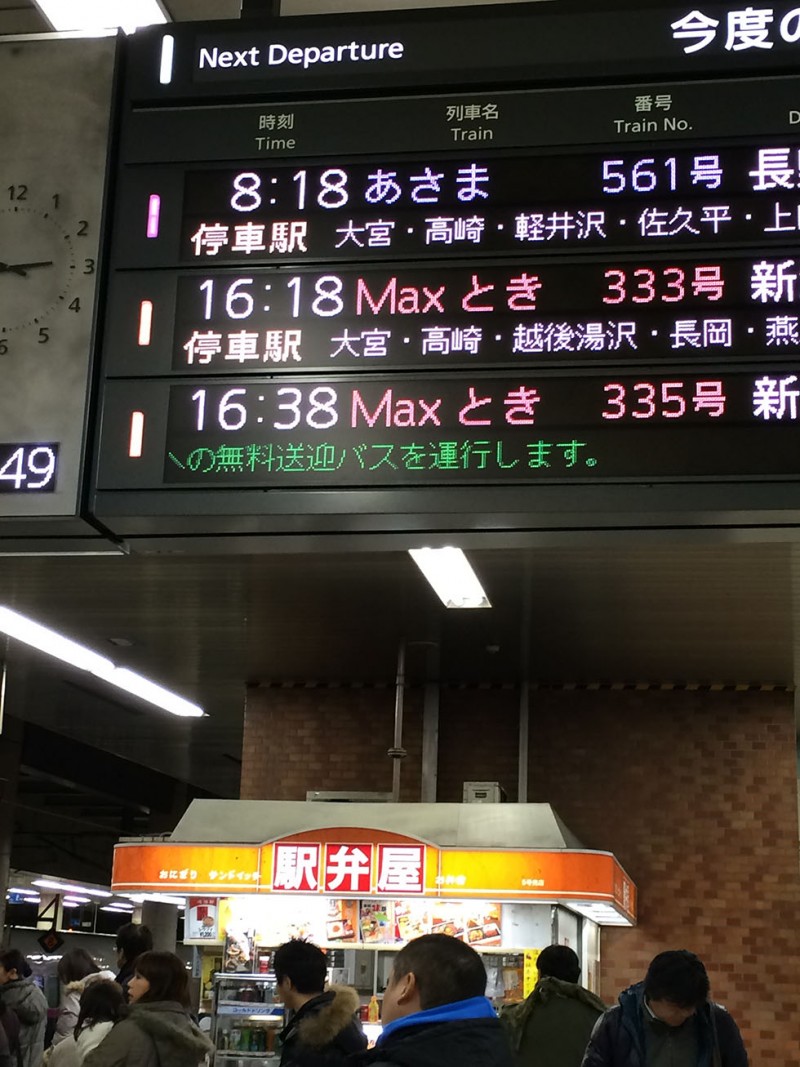 Our bullet train got stuck in Japan.

A freak storm hit the Nagano prefecture causing an unparalleled problem, for not just us but the Japanese in general. In fact, Tokyo got one of the largest dumps of snow ever recorded. The whole country has been affected.

I write this while sitting on a Shinkansen, a highly efficient Japanese bullet train that runs to the second. It was due to depart at 8.18am, and we have come to expect the superb efficiency of Japanese organisation. However, it has been grounded indefinitely due to an unexpected snow storm in the area that we are headed to. We believe that this has left the region isolated. However, we are not being told much, and the hot spots available are not coping with the demand for the usage.

When Japanese efficiency takes a hit, they are left stranded, much like us.

We were unaware of this sudden freak storm as we were flying here, and had booked a taxi to take us on the 5 hour trip to our destination of Nozawa Onsen. Apparently however it took the taxi company 15 hours to get one group from Nozawa Onsen to the airport yesterday, so he was a no show for us today. That in itself is highly irregular as the Japanese can always be counted on for their punctuality and reliability and communication. We understood that the problem was unusual and headed for Tokyo to the good old shinkansen, the bullet train to get us there.

We have now been sitting here since 8.18 this morning, and it is now 2pm, and we have just been told that there will be no movement at the station until at least 5pm. The train was due to leave at 8.08am; the 6am is behind us on the track. That is how the Japanese efficiency has taken such a hit that the 8am is ahead of the 6am and both started at the same destination.

We are all bound for Nagano and then various destinations after that, all fraught with their own accessibility problems. We are hearing reports of people stuck in their cars for 2 days. Many people here on the train have been sitting here for 2 days. Everything that we hear however is by word of mouth, Chinese whispers or in this case Japanese whispers. 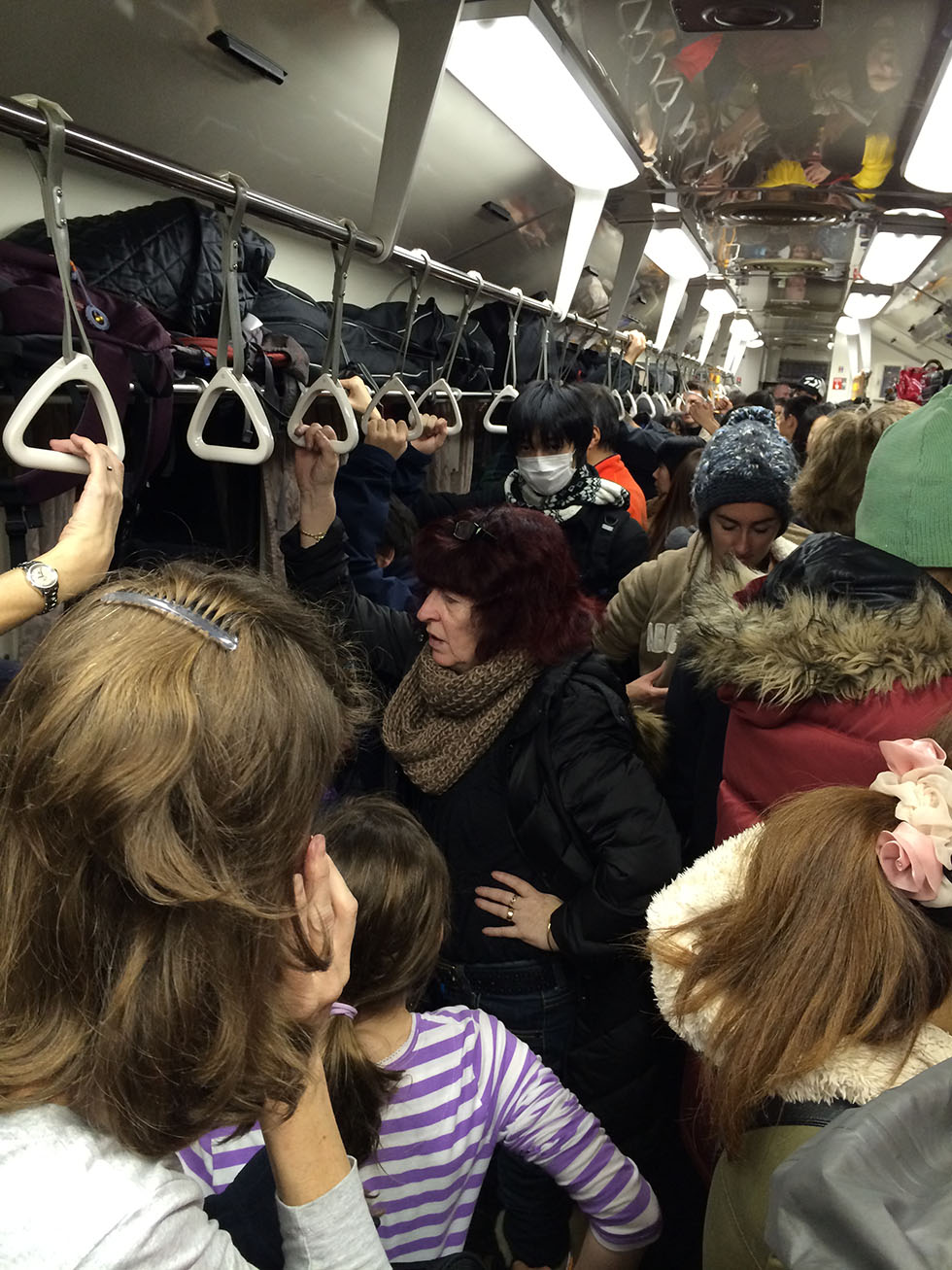 This is too much for the Japanese

The bullet train or shinkansen resembles a train from the sub continent at the moment, which is totally out of character, minus passengers on the roof so far. It is totally packed to the point that we have taken to sitting on the floor in any available space that we can find. I have no doubt that people will soon get on the roof.

We have not been told anything really, but there have been occasional messages in Japanese and our new Japanese friends have told us maybe 5pm, maybe not. We are all becoming close friends due to our physical proximity and our common problem. Most people are too scared to stray too far from the train in case it shoots off like a bullet. I would have upped stakes hours ago and found a hotel near to the station, enjoyed Ueno, a prefecture of Tokyo and then started again tomorrow.

Now at 3pm the Japanese people on board have done one of 3 things.

One person has benefitted from this problem, and that is the kiosk owner on Platform 19 who has sold out of every bento box as she cannot keep up with the demand as people are to scare to stray too far from the stranded train. The vending machines have been filled 3 times such is the demand for Kirrin, Ashanti and Sapporo beers, as well as coffee in a can and pretty much anything else you can think of. 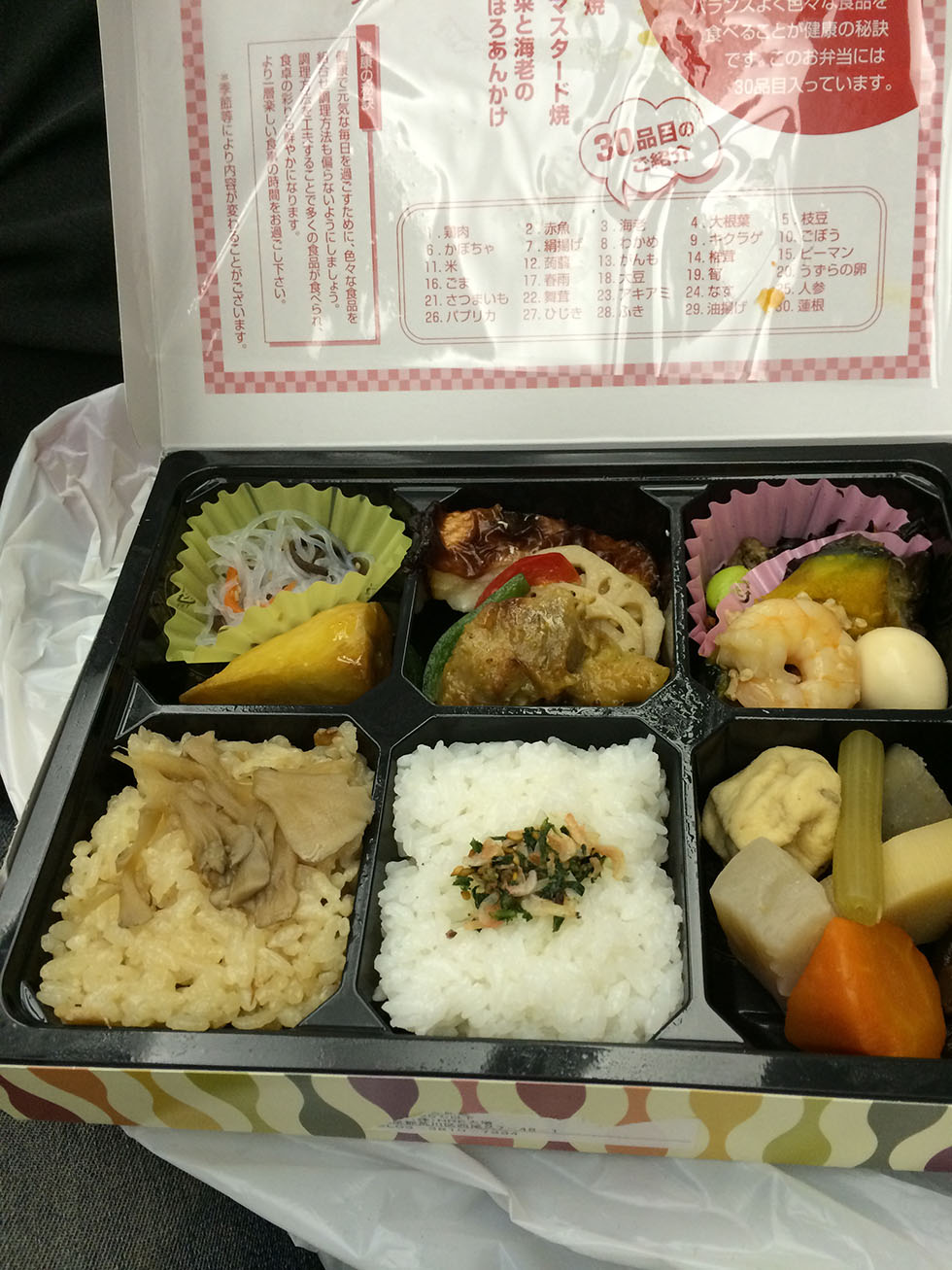 If we are lucky enough to get to Nagano, then we have to hope still that our little train is still puffing and panting its way through the very dense and thick snow that has isolated this region.

Japan may need to be able to respond to issues

As a small country with a very big population, the order is paramount for the Japanese society to operate. The very fabric of Japanese society relies on rules and regulations, on codes of behavior to keep everything on an even keel. This ethos goes down to the mundane, like the etiquette involved in the presentation of the business card and even for taking a bath/onsen. The Japanese pride themselves on the fact that the country runs like a well-oiled machine. And it does….. until something unexpected happens… like this.

The general regimented automaton responses to cleaning and prepping a train so that it goes out right at the designated time has gone awry. I made my way to the toilet through the people on the floor to find dirty toilets and no toilet paper. This is previously unheard of in Japan but they are so rattled by the bullet train being blocked by natural phenomena that they have run for the hills.

This has sent the Japanese railway officials into such a spin, that you can’t find them anymore. Their control and resilience have gone out the window, and not flown out if the train had been moving. They have no plan for this type of occurrence, which is a real worry. If a snow storm stops a bullet train and they can’t cope, it begs the question …

I am not complaining. These things happen but what I am noticing is that once the well-oiled machine starts to rattle, it rattles right to the core.

Post script: the shinkansen left at 6.03pm and finally made it to Nagano at about 9pm as it could not reach its normal speed of 300km. The little train from Nagano to Nozawa Onsen was even more crowded if that is even slightly possible and we made it here by 11pm. The taxis were overwhelmed with the backlog, and that was another hour standing in the bitterly freezing weather.

If it had only been Platform 9¾ then we could have made it here magically on some other express train.

It was totally worth. A view from our window 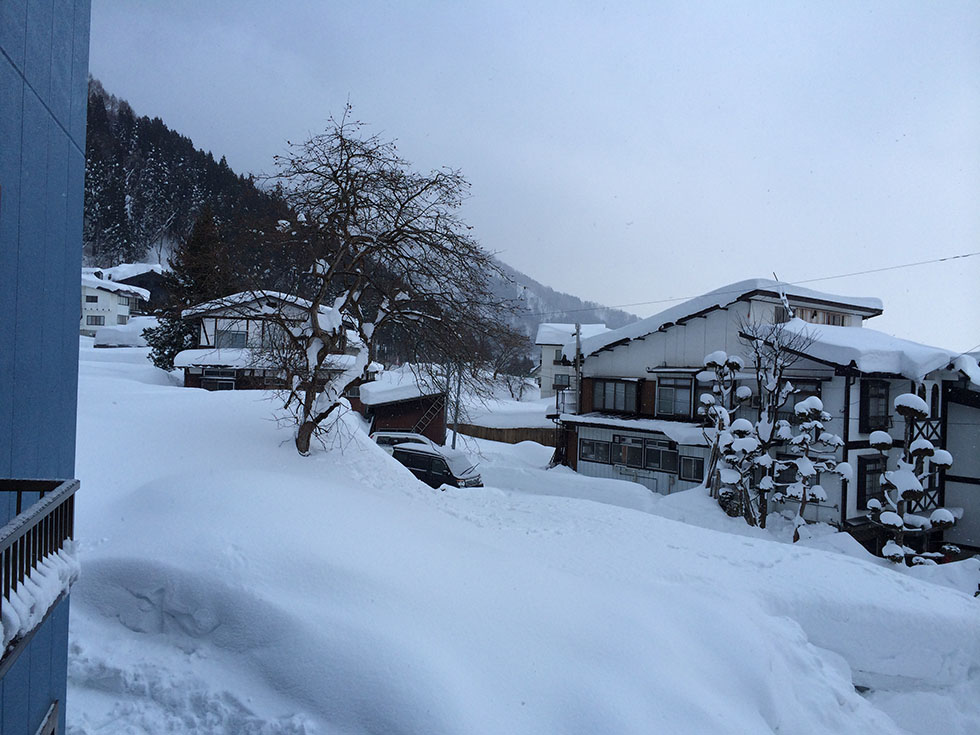