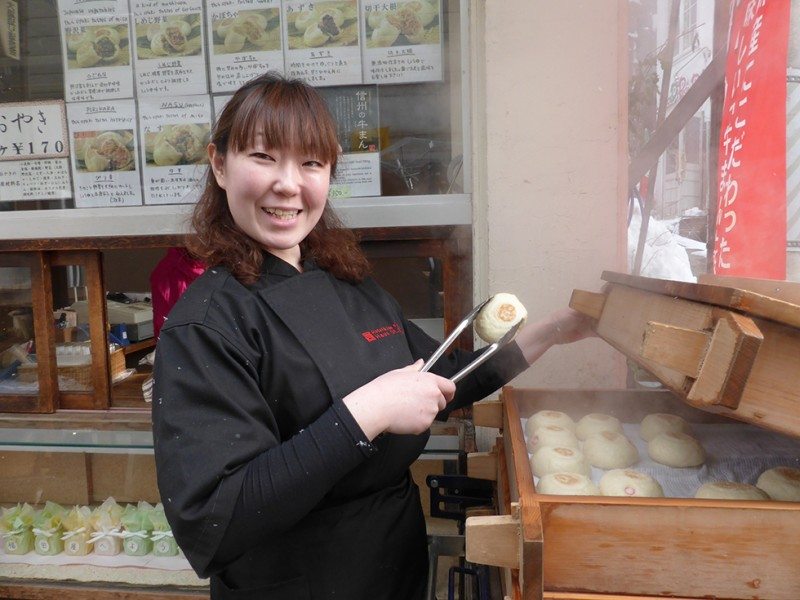 The Stephen Fry School of Non Skiers is justification that you don’t have to ski to go to a snow resort.

This is all about Stephen Fry and me – British Actor, Writer, Lord of Dance, Prince of Swimwear & Blogger, but also with a good dose of advice for those of you who love snow but don’t ski. I broke my leg 6 months ago, ironically while skiing in Australia. It was a ridiculous break that required nonweight bearing for 3 months, yet we are now in the village of Nozawa Onsen.

This was a deliberate choice as we have been here before and we love it. The appeal of Nozawa Onsen is not just that it is a powder hounds wet dream but also that it is such a unique and very traditional village, replete with customs and rituals. I have been given the reluctant approval of my specialist to ski within my limitations. In saying that he was on a high having just returned from a fantastic ski trip himself in Japan. I did go up to the slopes in all of my gear the other day, thought about it and totally chickened out. I was too scared of falling and hurting my leg again and maybe ruining the rest of our trip, which is on to 2 other ski resorts, Kitzbuhel in Austria and Zermatt in Switzerland. 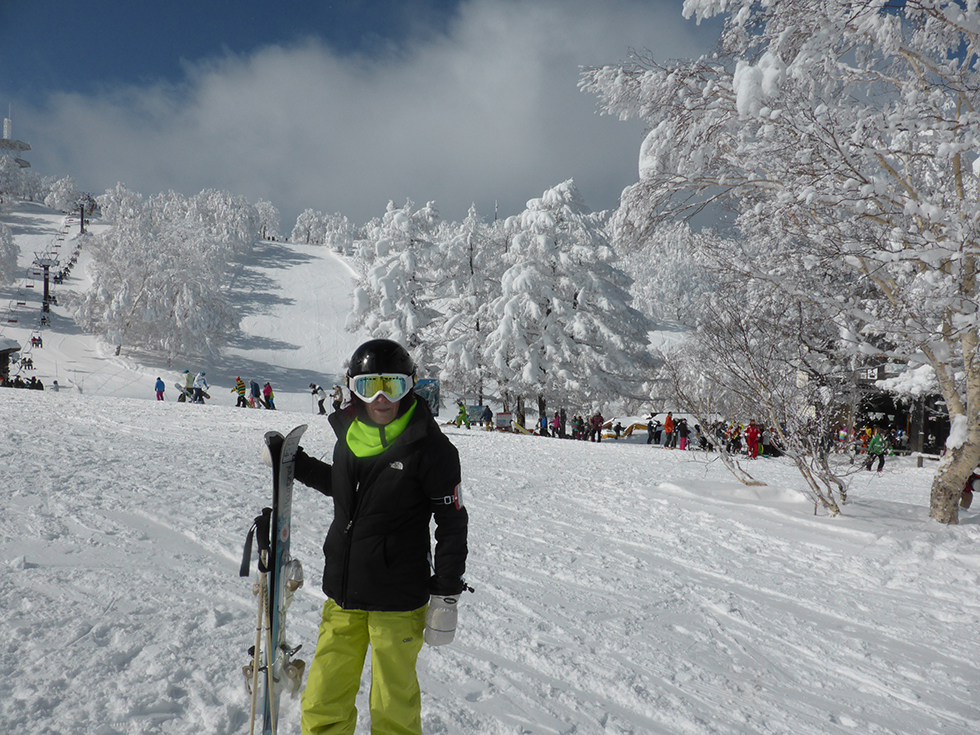 Did I feel pathetic? I did but I don’t now.

There are people who just love snow and love the culture that many of the ski towns have to offer. They don’t necessarily want to ski.  Stephen Fry loves going to the snow resorts but finds skiing to be ridiculous and pointless. But he goes every year and enjoys the ambient nature of the place.

I am joining the Stephen Fry School of Non Skiers who love the snow but choose not to ski. I know that both Kitzbuhel and Zermatt will have as much to offer me culturally as Nozawa Onsen does. Mine may or may not be a temporary membership. A key to skiing is confidence and having fun. If you don’t have the confidence, then there goes the fun – straight out of the window. It then becomes an exercise in masochism of which in this instance, I am not into.

I think that people should not be deterred from joining the Stephen Fry School of Non Skiers club. It does not mean that you cannot join in the inevitable tales of whether it was a Blue Bird Day, or the powder was so deep, or you caught an edge it was that icy.  Of course, you can. In fact, you can listen, enjoy and share your discoveries about different places to eat, points of interest or indeed trivial but interesting things that you have discovered. 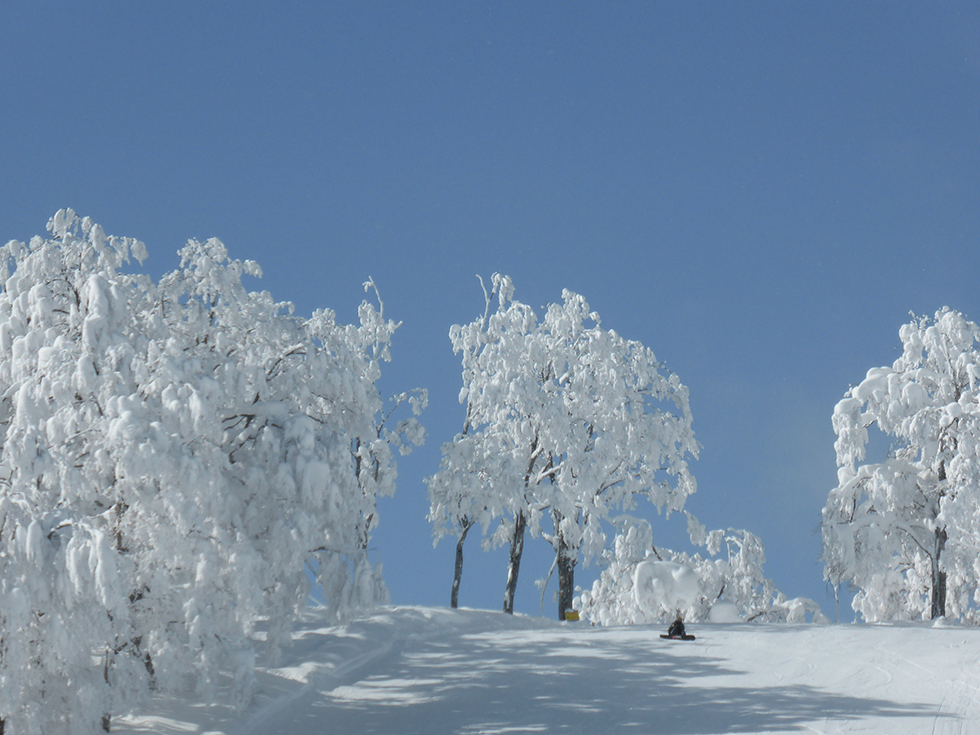 Benefits of being a Non Skier

What you can do is learn a lot about the culture of the place and how the people work and play and what it is like to live there. This gives great opportunities to delve really into buy cialis lilly uk many of the aspects of the place.

We met some lovely young people here where we are staying. She was wanting to split her time between discovering the village and boarding while he was hell bent on staying on the slopes from first tracks until the close of lifts taking every off-piste route available. They had been here over a week, and he had never had an onsen let alone a steamed bun from the main street. They struck a bit if a compromise. He finished earlyish one day, went for a walk around the village, had an onsen and a steamed bun, went for a karaoke night and loved it.

The next day he was gone to get first tracks, and we found her wandering the village on her own and revelling in all that it had to offer and getting a better understanding of Japanese culture and tradition. 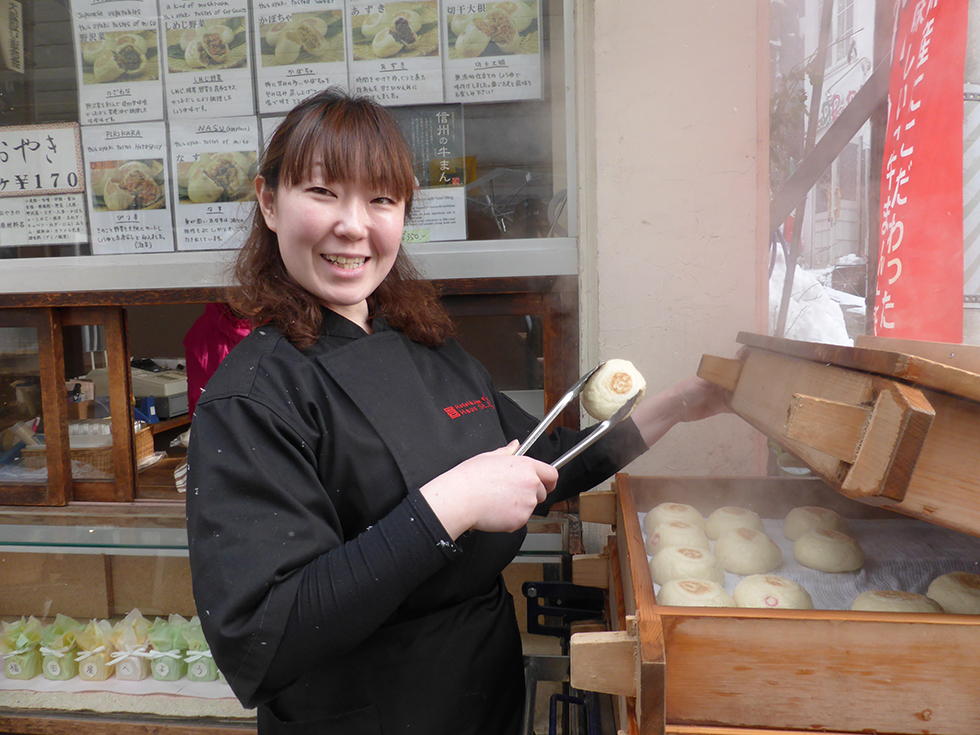 How are we working it out?

Gordon skis and I wander around discovering new and different things. At times, I join him on the slopes at one of the cafes that I can get to. Otherwise, he stops about lunch time and then we go to some new hole in the wall that I have discovered and then just spend the afternoon looking at things, having an onsen, going to the outdoor pool with the snow falling on our heads. 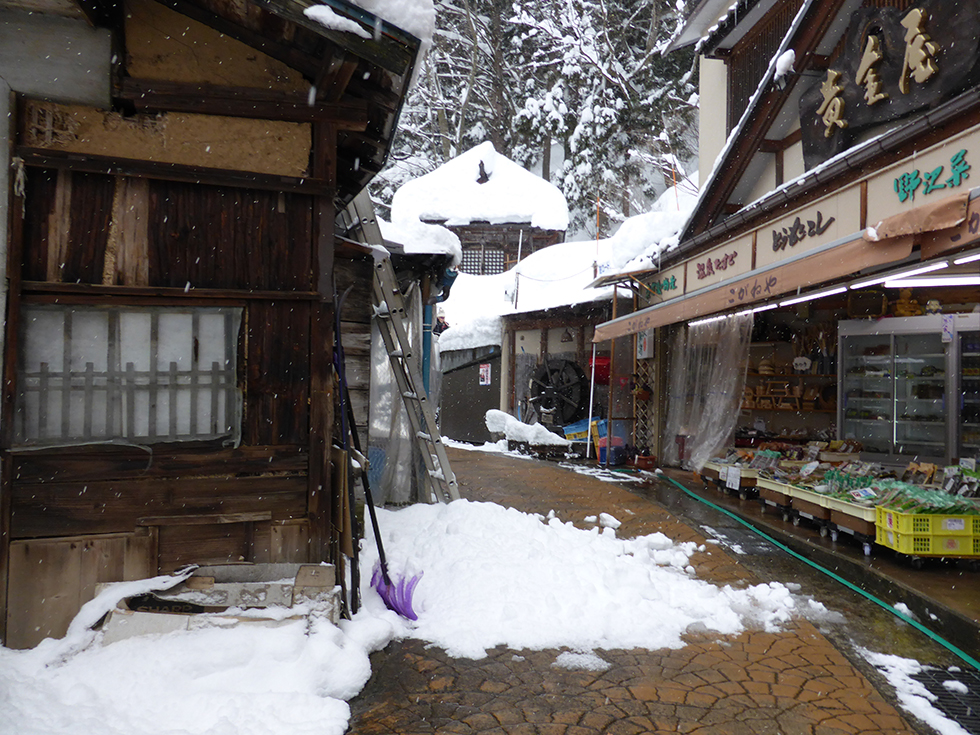 Choosing the right ski resort to not ski

My advice is to do what we always do and pick a place where there is culture as well as snow, so everyone is satisfied. There are some resorts where there is nothing to offer outside of the black and the blue runs and the moguls. A ubiquitous hotel will not cut it for those in the Stephen Fry School of Non Skiing unless it has lashes of extras.

I know Gordon will ask me again today whether I want to try again. My answer will probably be no. He likes to ski with me though I don’t know why as he is far better than I am.

I have suggested that he gets an instructor, not for the lessons but the company, though we met some people last night and they might have some runs together today. This assuages my guilt. The runs I would do are not difficult, and they would get me to a great little café on the slopes that we love but that are inaccessible except by snow. Yes, I will miss the nice family that run it and the good food, but the risks outweigh the ramen noodles. I can get them in the village anyhow.

If you love snow, cultural villages and do not want to ski – don’t let that stop you from coming to a ski resort town, nor indeed joining the Stephen Fry School of Non Skiers.

Will I ski again?

Maybe yes, maybe no. It will be my choice and my decision. I will however, keep up my membership of the Stephen Fry School on Non-Skiing and I will advocate that people can and should go to a ski village whether they ski or not.