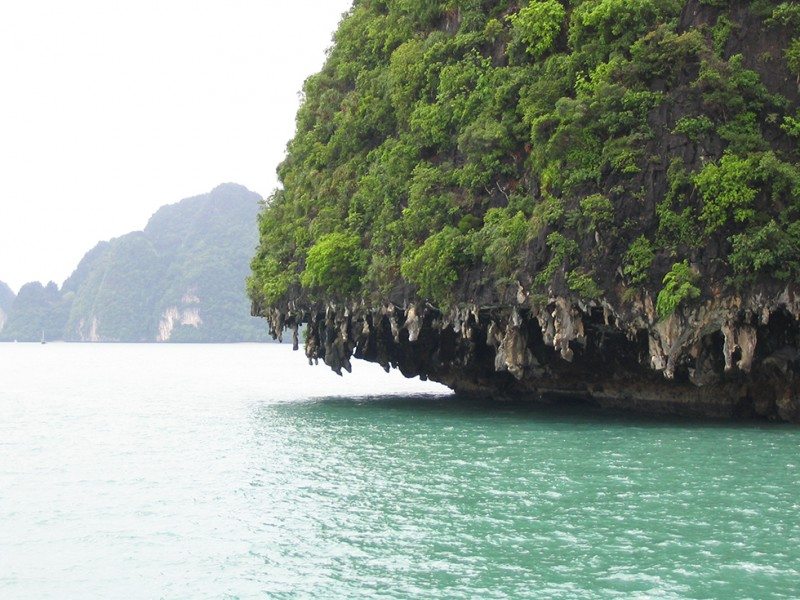 Phuket in Thailand is actually a large island.  There are also many smaller islands off the western coast of the mainland which are spectacularly beautiful. Phuket is one of the most popular tourist areas in Thailand, and so you can expect crowds most of the time, which is a little unfortunate. Phuket as a town is fun, different and a little in your face but not necessarily in a bad way. We really had a lot of fun there and the people are very welcoming. The food is also awesome – find Cafe 5 and you will be set for the very best food ever.

The islands of Phang Nga Bay however are something entirely different.

We did a boat trip out to the islands of Phang Nga Bay and must have been lucky as there were not that many people around. The most distinctive feature of Phang Nga Bay are the sheer limestone karsts that extend vertically out of the emerald-green water. They are a little reminiscent of Halong Bay in Vietnam, though different. We were also lucky enough to be able to kayak into some of the caves, which was really exceptional. There are some 60 towering limestone outcrops, some of which have collapsed in the centre to form ‘hongs’ which are huge hollowed rooms with sunlight above that are only accessible at low tide. 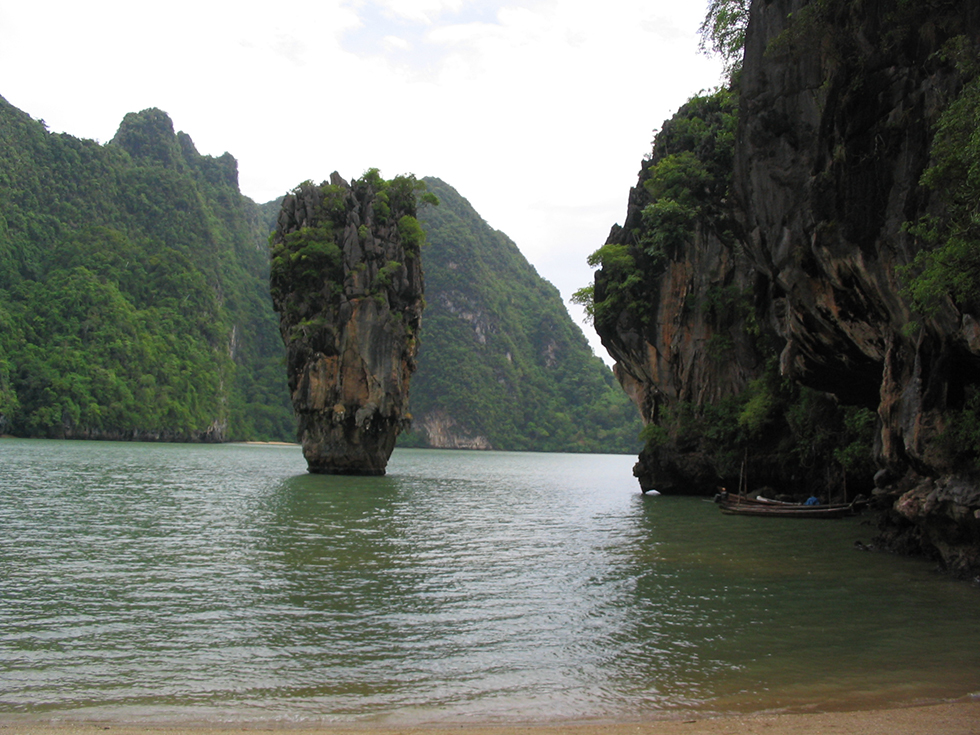 The sea is very green, and on some of the islands you see the monkeys jumping around waiting for the tourists so that they can steal from them. The Monkey Caves, Wat Suwan Kuha Temple is where we saw a Buddhist temple, which is located inside a cave called Tam Yai in a limestone mountain. There are a large number of connecting caves to also explore. The main attraction of the temple is the 15 metre long golden coloured reclining Buddha. Who would have thought that such an impressive Buddha would be found in the middle of the Andaman sea inside a cave? Well, not me. 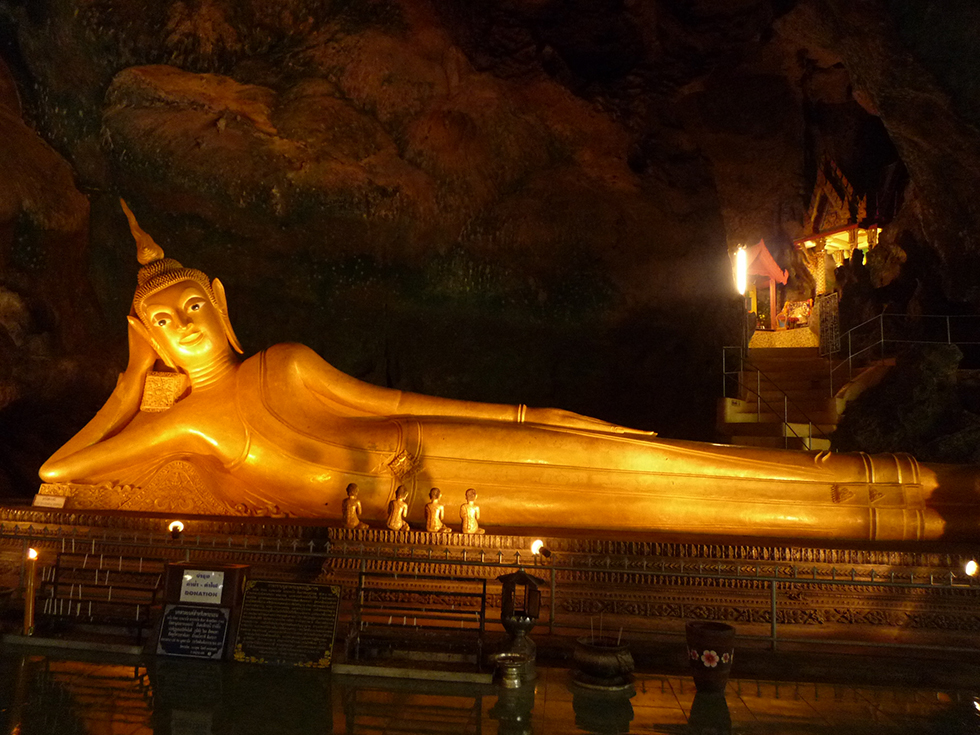 Probably the most famous island is the James Bond Island, which is really called Koh Tapu or Nail Island. It became famous through the 1974 James Bond movie “The Man with the Golden Gun”.

Another island worth visiting is Koh Panyee, a nearby Muslim fishing village. Koh Panyee is a remarkable village, as the whole of it is built out over water on stilts and with a giant rock monolith guarding its rear. Much of Phuket is actually a Muslim province.

Phi Phi Island is just stunning. It has also been featured in countless movies and commercials, and with good reason. The island seems to straight out of the sea. Sheer cliffs tower overhead, then give way to beach a fronted jungle. It is all of the things that one associates with a tropical paradise.

Phang Nga Bay is a great place and really quite incredible. We had a fantastic day exploring and swimming and eating and just relaxing is such a beautiful environment. It is well worth visiting Phang Nga Bay.