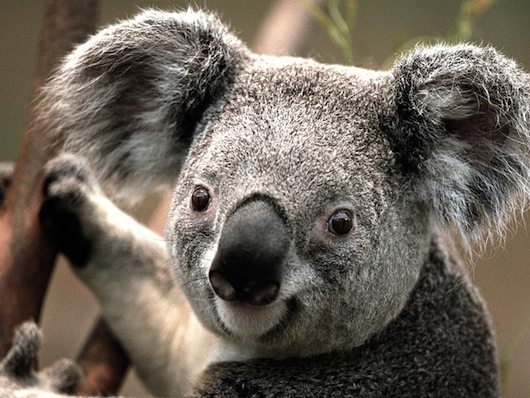 This is part of our weekly series to help you to understand our country, Australia a little better. It is part of the Weekend Travel Inspiration, and we certainly hope that this inspires you to visit us. If you have any questions about Australia, please feel free to ask and we will gladly answer.

Q: Which direction is North in Australia? (USA)

A: Face south and then turn 90 degrees. Contact us when you get here and we’ll send the rest of the directions.

We realize that we are far away from many places and we are known as the land down under – maybe this makes us not care what people think so much. Also when we travel most people will say, “are you Austrian?” and then, “such a long way away”.

Australians are masters at taking the piss out of one another….. and anyone else who opens themselves to this. To help to inspire you to visit our wonderful country, these are some tips. We also feature some of the amazing questions that visitors ask about our country.

Q: Can you give me some information about hippo racing in Australia? (USA)

A: A-fri-ca is the big triangle shaped continent south of Europe. Aus-tra-lia is that big island in the middle of the pacific which does not… oh forget it. Sure, the hippo racing is every Tuesday night in Kings Cross. Come naked

Why are we so easy going?

So why are we so laid back? Well the weather is really very good. A lot of sunny days and our winters are many other peoples summer days. Most people like the beach and the majority of the Australian population live around the coast of this bloody big island. The red centre is hot and dry though quite cool in the evening. If you want to meet some very dinky di Aussies, stop at a local pub and have a chat. They will talk back for sure. Shout them a beer and they will never shut up and I know that that is a generalization, but I also know that I am not far off the mark.

Q: Are there supermarkets in Sydney and is milk available all year round? (Germany)

A: No, we are a peaceful civilisation of vegan hunter gatherers. Milk is illegal.

In defining what our characters are like, we are a mongrel breed – a bit of this and a bit of that. One thing that I think that is universal is that we are pretty laid back, have a great if irreverent sense of humour and we are really very friendly and embracing of anything and anyone. As in any country we have our die hard people of ultra conservative views, but in the main we are a pretty liberal country.

Q: Will I be able to see kangaroos in the street? (USA)

A: Depends how much you’ve been drinking

We don’t see the word ‘bloody’ as swearing. Bugger and crap are also just normal day-to-day words for us. So are other words that you can probably guess. These are not unusual words for many Australians. We had a friend over from the States who said “s**t” and then “pardon my French”. We all thought it quaint, strange actually and totally odd. I mean he only said s**t”.

Our past Prime Ministers have often dropped the ‘f’ bomb in public and international situations. Now there are times and places for foul language and many people know how to rein this in, just a few of our ex PM’s forgot such is the common usage of these words.

An Australian Bogan – One of Our Precious Sub Cultures

A bogan is a slang term about a certain group of people found in Australia. A sub species if you like. Bogans look and act differently to others, and have their own dialect. They tend to live in packs, though they like to mix with others, generally at the pub or at the bowlo.

That’s not to say that bogans are not nice people. Most are really genuinely good blokes and sheila’s. These are the only group, where the use of the term sheila’s is acceptable as it is part of their dialect. Other bogans are just plain bogans in the not so nice sense.

Bogans are just that little bit different to others. Be careful if you call someone a bogan, it may not go down well with many. Yet Bogans are a very proud and interesting species.

Q: I have a question about a famous animal in Australia, but I forget its name. It’s a kind of bear and lives in trees. (USA)

A: It’s called a Drop Bear. They are so called because they drop out of gum trees and eat the brains of anyone walking underneath them. You can scare them off by spraying yourself with human urine before you go out walking.

The questions are Courtesy of Amazing Australia