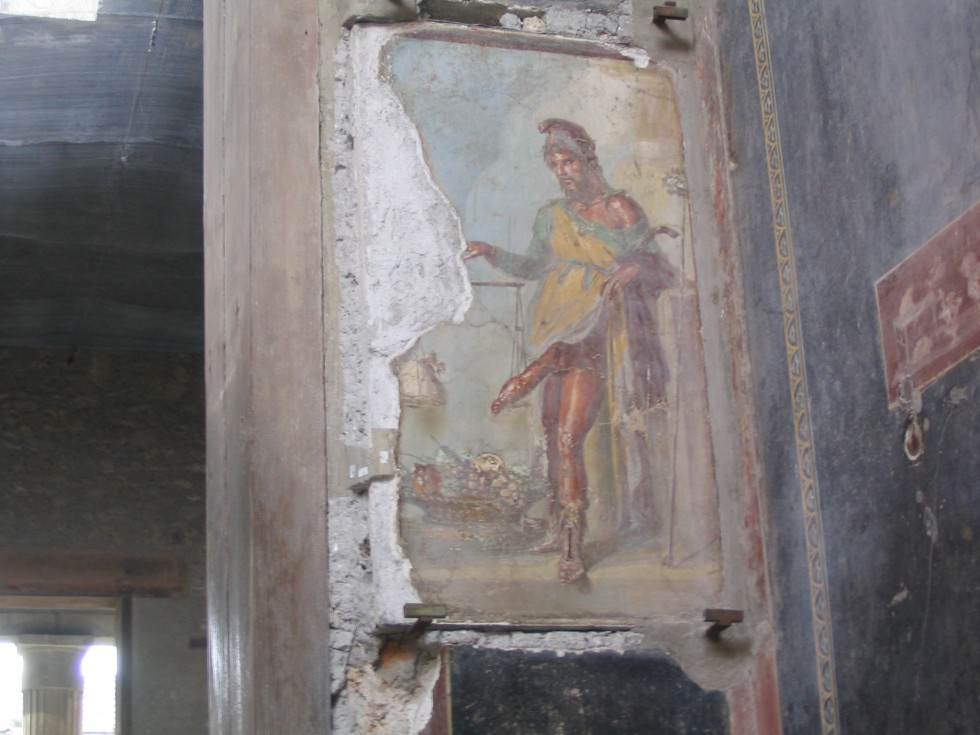 Having taught Ancient History to senior high school students for many years, it was a no-brainer that we would be Visiting Pompeii on our Italian sojourn. Pompeii reeks of debauchery from woe to go. It was a highly intriguing party town, which has many similarities to the legend of Sodom and Gomorrah. This is told in the book of Genesis, as well as the Hebrew Bible and the Koran. It tells of a town that had got so out of control with their sexual antics that the towns were wiped off the face of the Earth. The word sodomy originated here where apparently anal and oral sex, as well as heterosexuality and homosexuality, were out of hand. 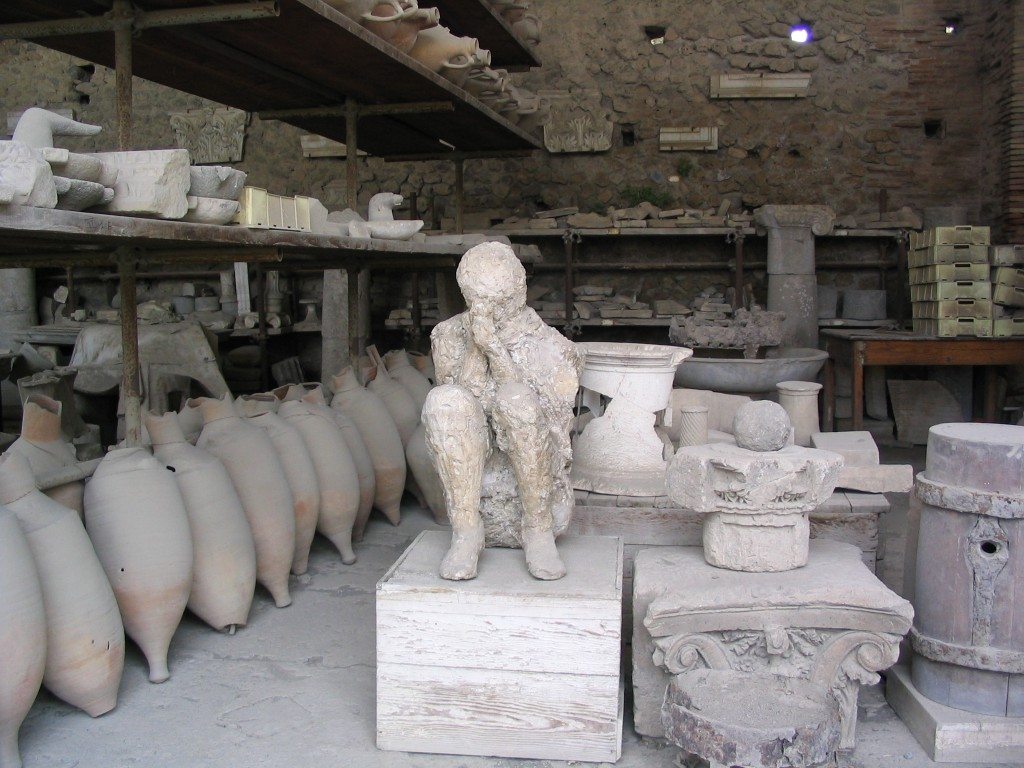 A brief history of Pompeii

Pompeii was struck by an earthquake in 62AD and totally decimated with the eruption of Mt Vesuvius in 79AD. They were in the process of rebuilding from the first damage when the final blow was stuck. Within 24 hours, the entire city was buried under the ashes of the eruption. The city of Pompeii and indeed Herculaneum were only discovered in 1748 when workers employed to dig a tunnel designed to divert the waters of the River Sarno, uncovered Roman wall paintings. 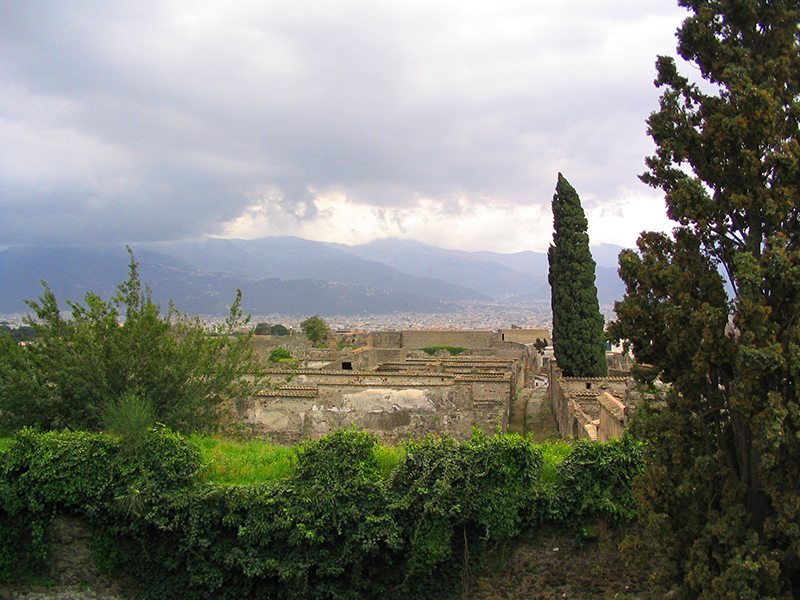 The King of France Charles III saw many of the artefacts and had them removed for his own personal collection. It took a number of phases until a more systematic approach to excavation was utilised to uncover this lost city and to stop the greed that was becoming endemic. As to whether the people died from suffocation or the toxic gases or the immense heat generated by the eruption is still a debated topic but no-one survived. 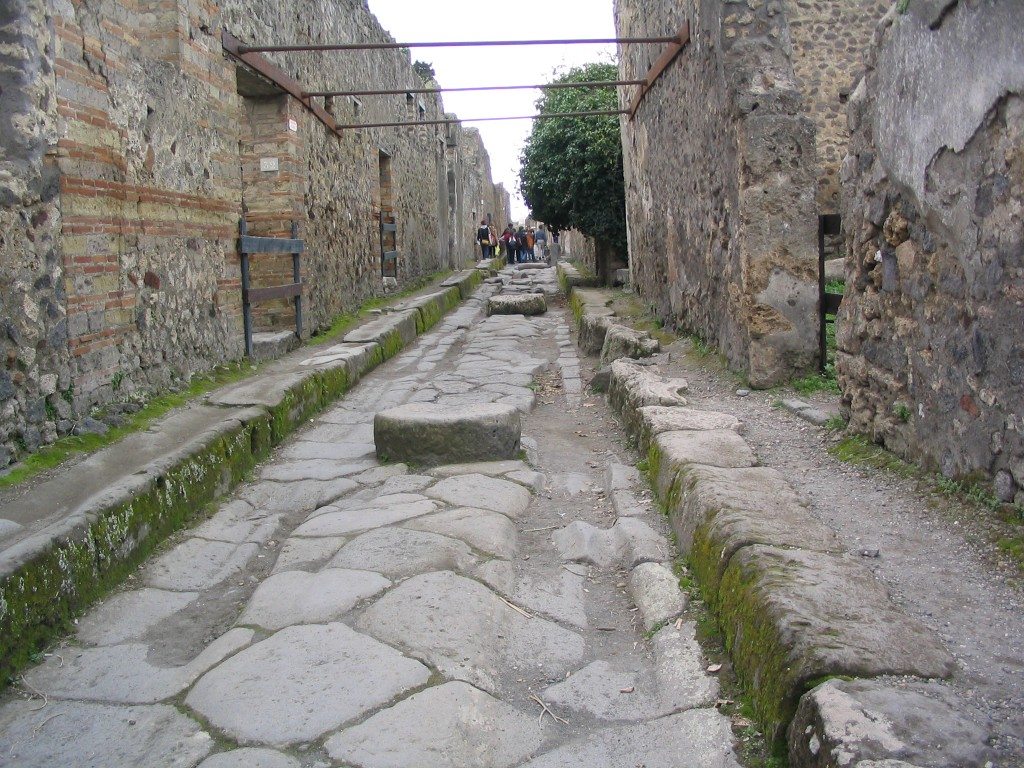 The accounts by Pliny the younger

The surviving accounts by Pliny the Younger of his uncles’ (Pliny the Elder) last days provide some information though considering that is was written a considerable time after the disaster certainly raises issues of objectivity. On reading the account, I was astounded that Pliny the Elder manages to see the destruction befalling Pompeii from across the bay but had time to have a bath before going to save them, and yet another on the way. Makes you think about the commitment I think.

Pompeii – the holiday destination and the graffito that explains it

We do know however that Pompeii was the playground for the rich and famous and wealthy Romans who could indulge their “every” fancy or whim. Of course, there were the attendant lower classes to ensure all desires were met.

What we do know of Pompeii as revealed from its architecture, sculptures and particularly graffito is that they were people very disposed to enjoying themselves. Many of the residents were highly sophisticated, demanding the latest in luxuries – being it clothing, jewellery, housing, as well as other pursuits. 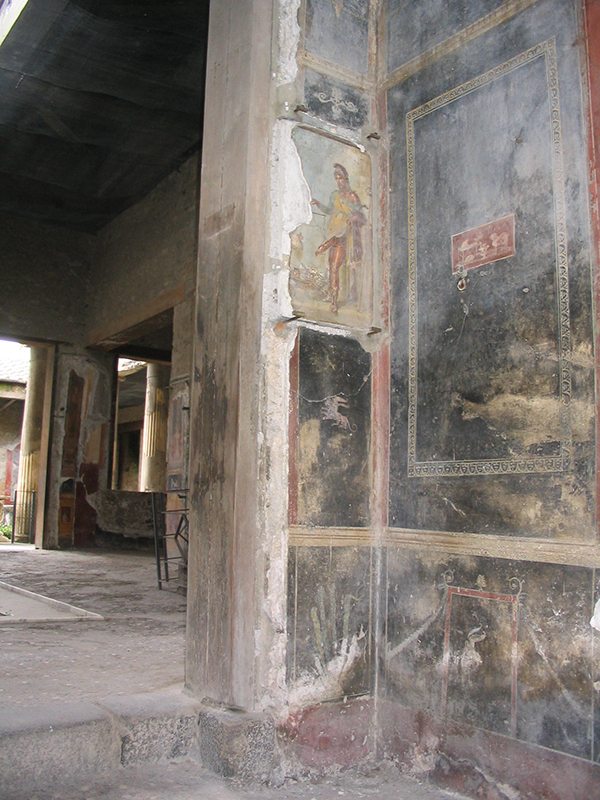 What the people of Pompeii enjoyed doing

They thoroughly enjoyed their bathing, which was done in public in the main, which could become a daylong ritual involving hot and cold baths, food and of course sex – with whomever. It was not just a bath – but also an entire ritual. We also know that they thoroughly enjoyed the extremely can i buy cialis over the counter brutal gladiatorial bouts held in the amphitheatre, as well as eating drinking and having sex. There are some 35 lupanares (brothels) that have been uncovered in Pompeii. A ratio of brothels to citizens indicates that they were very well catered for, and not just the males. There is also ample graffito to indicate that others were very available to assist meet such needs.

“Weep, you girls. My penis has given you up. Now it penetrates men’s behinds. Goodbye, wondrous femininity! – written on a bar or brothel wall

“Theophilus, don’t perform oral sex on girls against the city wall like a dog.” On a wall in the street.

The people of Pompeii wrote many things on the walls and, in fact, any place that was blank, and it appears that these were eagerly read. Much of our knowledge comes from this as original source material.

The people of Pompeii loved their homes and to entertain lavishly. They were also bound up in religion and rituals associated with this. They were party animals in every sense of the word. 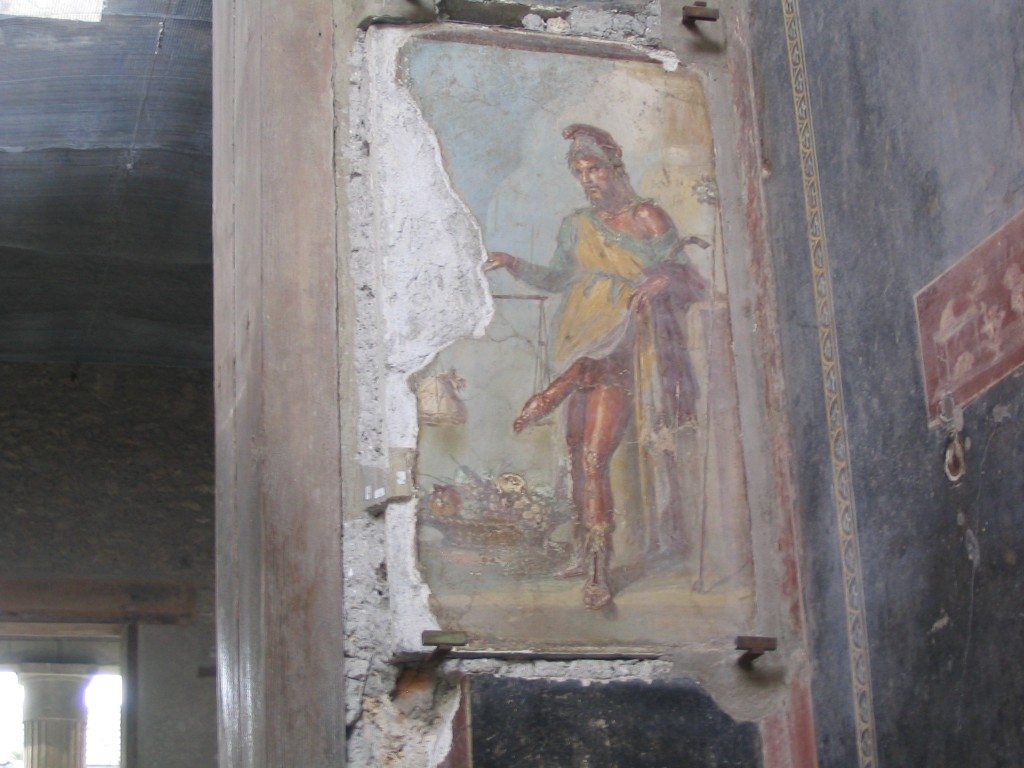 The very aura of the place begs a similarity to Sodom and Gomorrah. Wherever you look, there are frescoes, graffito, and indications of the debauch lifestyle that they were leading. You can feel it in the air. I particularly noticed it when we got to the top of the village near green trees, a blue sky, and settling mist. The town exudes blatant sexuality and decadence personified.

When Mt Vesuvius finally erupted many of the people did not heed the warning and remains were found of slaves carrying their masters wealth out of houses, and other in the lupanares or the public baths. 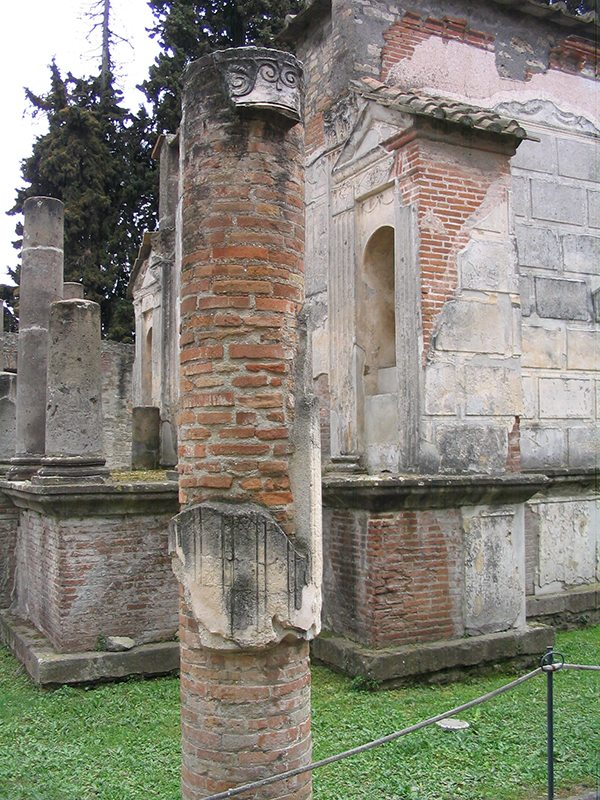 Archaeologists have debated whether Sodom and Gomorrah really existed and where in fact it was located.

I think we found it.

The Circumvesuviana Train is a regional network of lines running out of Naples to the east of the city around Mount Vesuvius. It is not part of the Italian national rail network so you cannot buy tickets from TrenItalia on-line or from rail stations nationally.

For visitors the line that is used extensively is the Naples to Sorrento via Pompeii and Herculaneum line, a journey that takes just over an hour with countless stops along the way. Frequencies are very good, around every 30 minutes all day.

From the 1st of April until the 31st of October the site is open every day from 8.30 AM until 7.30 PM with the last entrance being allowed up to 6.00 PM. For the rest of the year the site closes at 5.00 PM with the last entrance being granted at 3.30 PM.
Your Pompeii pass allows full entrance to all of the ruins of Pompeii and counts as a single entrance, just one of the 12 places covered by your pass.

The Destruction of Pompeii, 79 AD

Is Naples worth visiting? That would be a yes.