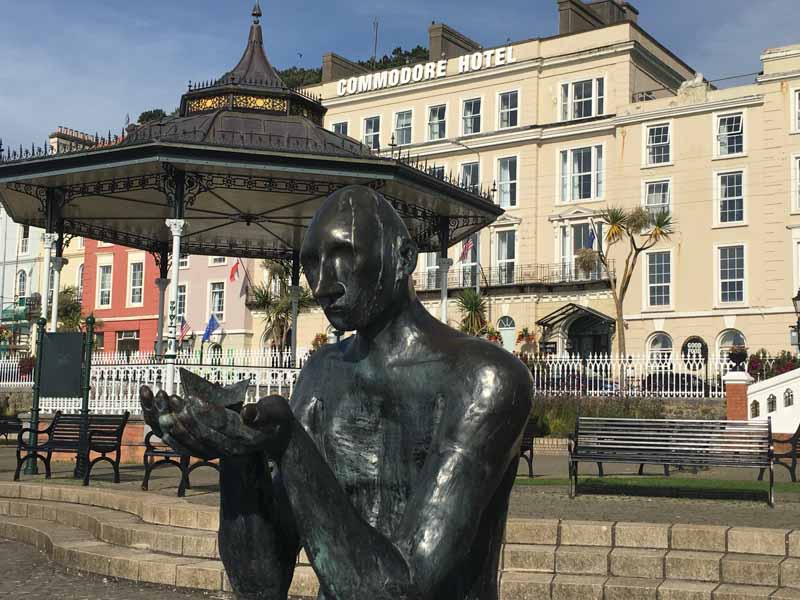 I have made no bones about the fact that we were charmed by Ireland, but I do have a message to Cobh, Ireland – don’t rest on your laurels. We loved the raw natural beauty and the wonderful people of Donegal, Kilkenny was quirky in the best way, Dingle was crazy good, as was Killarney and all of the wonderful little villages in between. Unfortunately, Cobh was underwhelming when it shouldn’t have been. 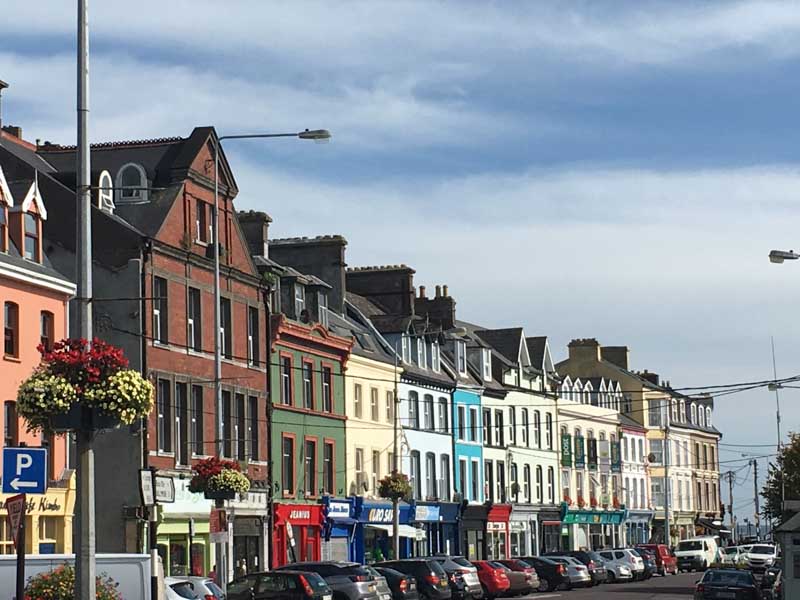 Cobh (pronounced ‘cove’) is a waterfront town and a cruise port stop, giving them instant visitors whenever a cruise ship stops in town. Cobh is the gateway to the city of Cork, Ireland. We decided to stay in Cobh, with the hope of being able to share some great content, and discover a place where there might be something very special; and Cobh could have been, but it wasn’t. 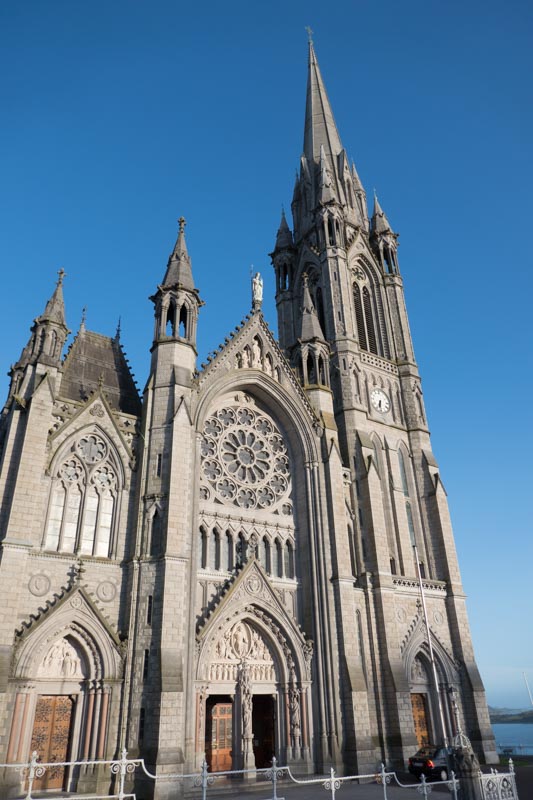 On our arrival, the town was bright and bustling, because a cruise ship was in town. Cobh is overlooked by the enormous St Colman’s Cathedral, one of the tallest and most dramatic buildings in Ireland, so we were off to a good start. The promenade was alive with people, music, and flowers. Cobh also has the second largest natural harbour in the world. Sydney Harbour in Australia has the largest, and quite frankly there is no comparison.

Cobh is built on the side of a cliff and has some very steep and winding roads. There is the row of houses known as the deck of cards, and they are impressive, and reminiscent of the painted ladies of San Francisco. 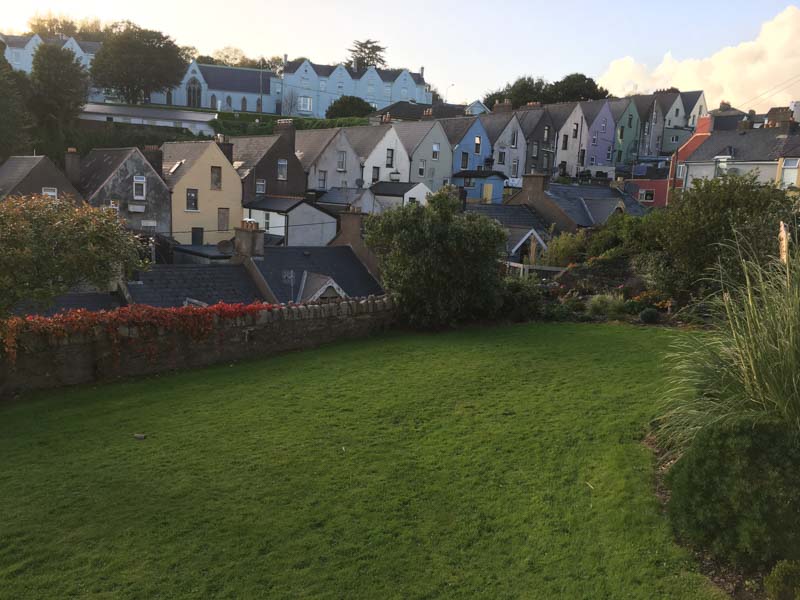 Cobh is steeped in history. 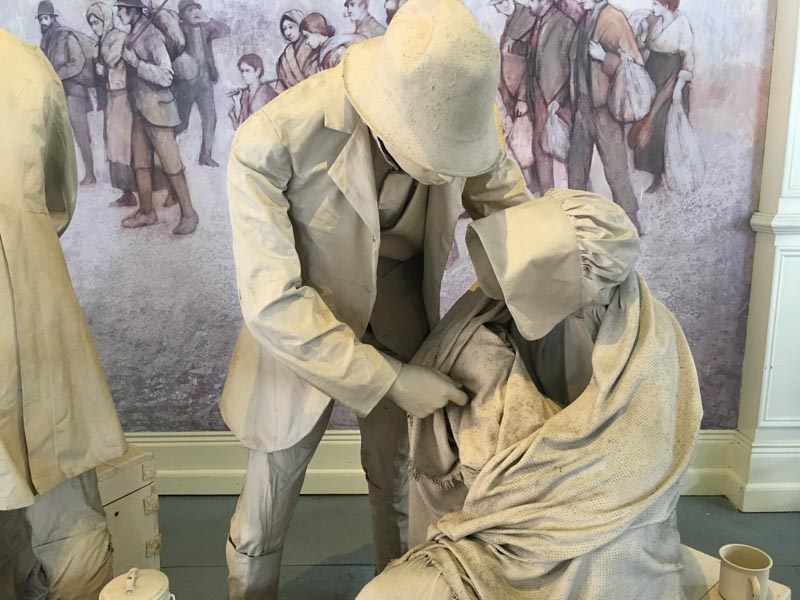 Cobh is steeped in history, as over 70,000 people left through this port during the Great Famine from 1848 – 1950. Cobh was also the final port of call for the Titanic. Cobh was known from 1849 until 1920 as Queenstown, but when Ireland became a republic, the name was changed.

If you do stay in Cobh or visit, then you will undoubtedly visit the Cobh Heritage Centre. Here you will learn the story of Irish emigration- from the indentured servants and forced labour who left for the Colonies and the West Indies in the 17th century, and also to Canada and the United States. You will also learn about the Great Famine and the transportation of convicts to Australia. In fact, Cobh and Australia have a long relationship.

The Titanic Experience in Cobh is in the original White Star Line Ticket Office in the centre of Cobh town in what was the departure point for the final 123 passengers who boarded the Titanic.

Why Cobh, Ireland needs a kick in the butt 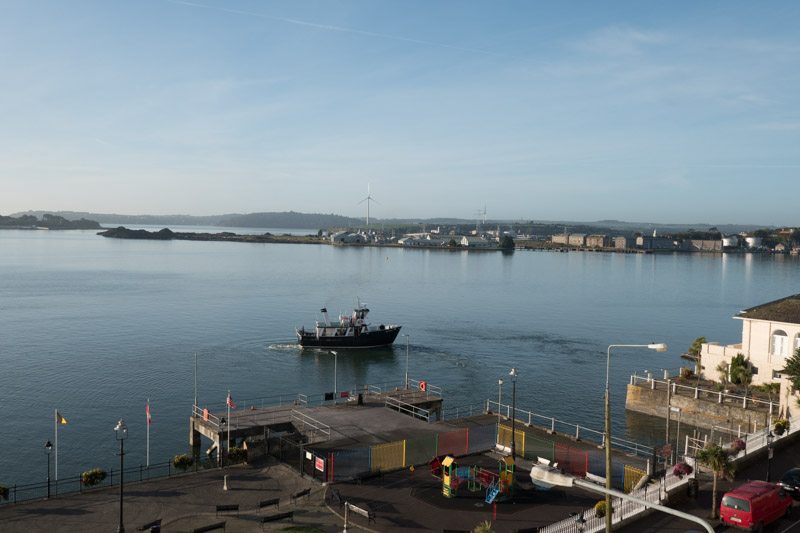 It was after the cruise ship left, and we could explore Cobh on our own, that things began to unravel. In fairness, we had come from the cute picture postcard town of Kilkenny, which was immaculate and where the pride in the city was obvious. Unfortunately, Cobh did not follow in this model.

The back streets were littered with glass, and graffiti, and rubbish. This was not from the cruise ship passengers, who mostly stayed down on the waterfront, or went to kiss the Blarney Stone. No, this was ‘normal’ Cobh, and it shouldn’t be that way. Cobh could be just as attractive as Kilkenny, Killarney, Dingle and other places in Ireland…if they choose this route.

It appeared to me that Cobh have their cruise ship passengers who see the attractive water frontage, and not the behind the scenes – the real Cobh. There were many empty shops away from the dock and there appeared to be a lot of disinterest in the town’s appearance. I felt that Cobh, with its inherently lovely qualities, needed a good kick in the butt. Remember, cruise ships are not bound to stop there. There are other places who would love this golden opportunity.

The Irish Naval Service headquarters is on Haulbowline Island facing Cobh, and when they are not practicing their rifle shooting which they do a lot, then maybe they could help clean up the town.

Where we stayed In Cobh

We stayed at the iconic Commodore Hotel for 2 nights, and much like the rest of Cobh, it is tired and dated. On a (synthetic) grassed area at the top of the hotel overlooking the harbour, the same old beer glasses were there for three days. Remember people; the devil is in the detail.

While the hotel was not booked out, or even close to capacity (I asked), our room overlooked the trash cans. We were there as independent travellers, and I would not expect any hotel to put any people in these rooms unless the hotel was booked out. This is where Cobh seems to not care. However, we had one waitress who worked her butt off and was delightful to everyone. If it wasn’t for her, then our stay would have been totally useless. 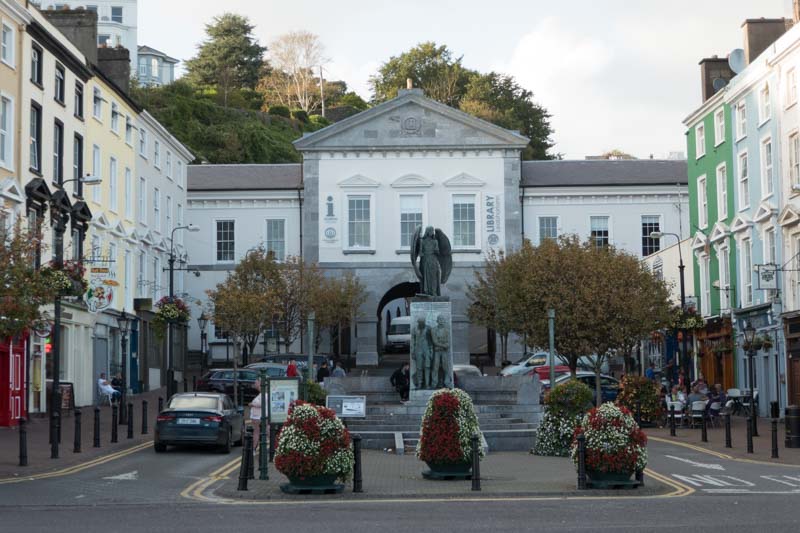 In my opinion, I want to say to Cobh, Ireland – don’t rest on your laurels. You may well end up like the Titanic if you don’t start to take some pride in what could and should be a beautiful place in Ireland.