Don’t Dismiss Exploring the Port of Civitavecchia in Italy 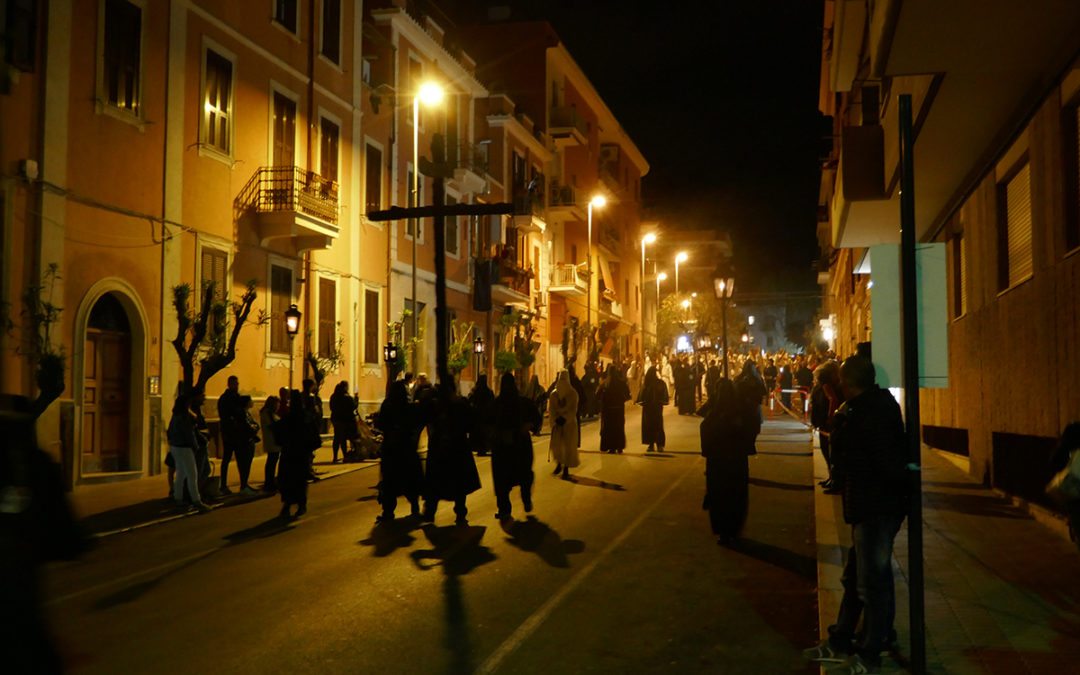 It was a pleasant revelation Exploring the Port of Civitavecchia in Italy. We knew very little about Civitavecchia, (pronounced chee-vee-ta-vek-chee-uh) and to be quite honest we were only expecting to sleep one night here, before boarding our cruise ship. Instead, we discovered a delightful seaport city, that is worth recommending to you. 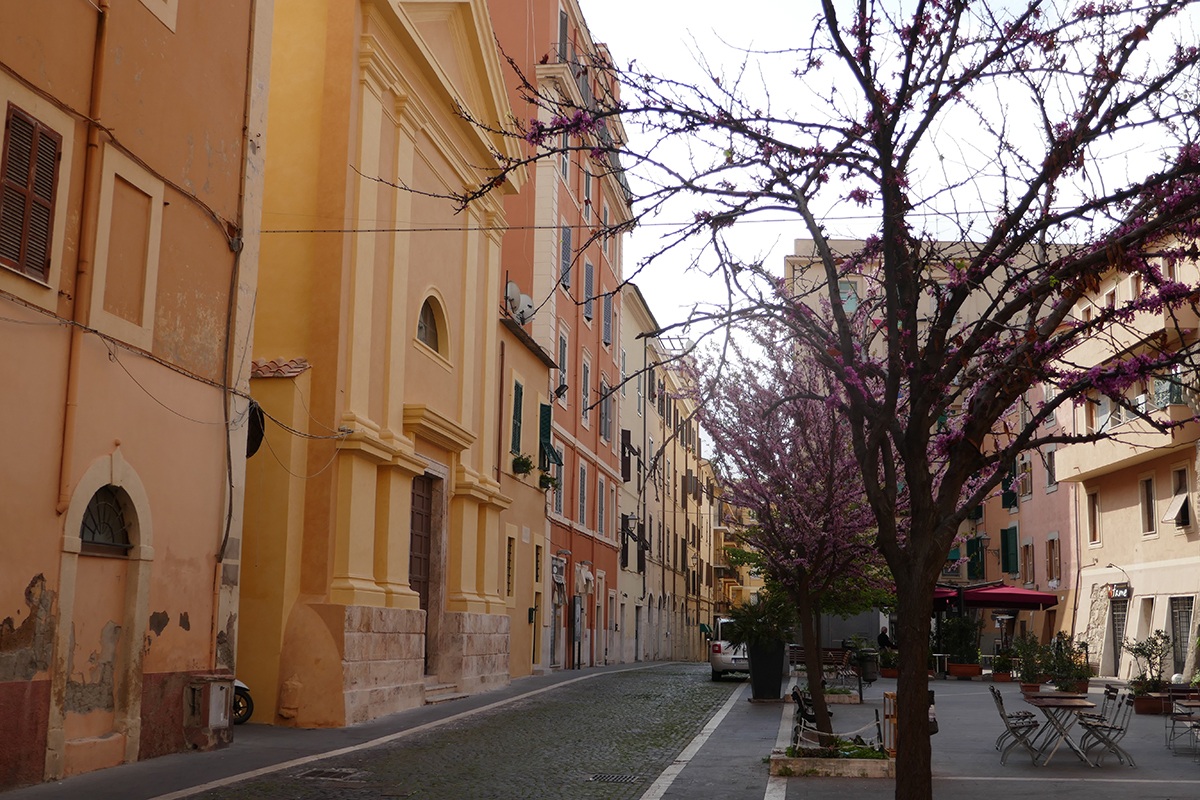 Why The Port of Civitavecchia is important for cruise travelers.

The Port of Civitavecchia is where many cruise ships depart for cruises around the Mediterranean, and that is certainly what brought us to this very interesting, and surprising town, as we were sailing on the Holland America ship ms. Koningsdam…our very first cruise ever, and not to do things by halves we chose a 29 day cruise, so keep watching out for articles on each of the ports we visit, and how we adapt to the cruising lifestyle. 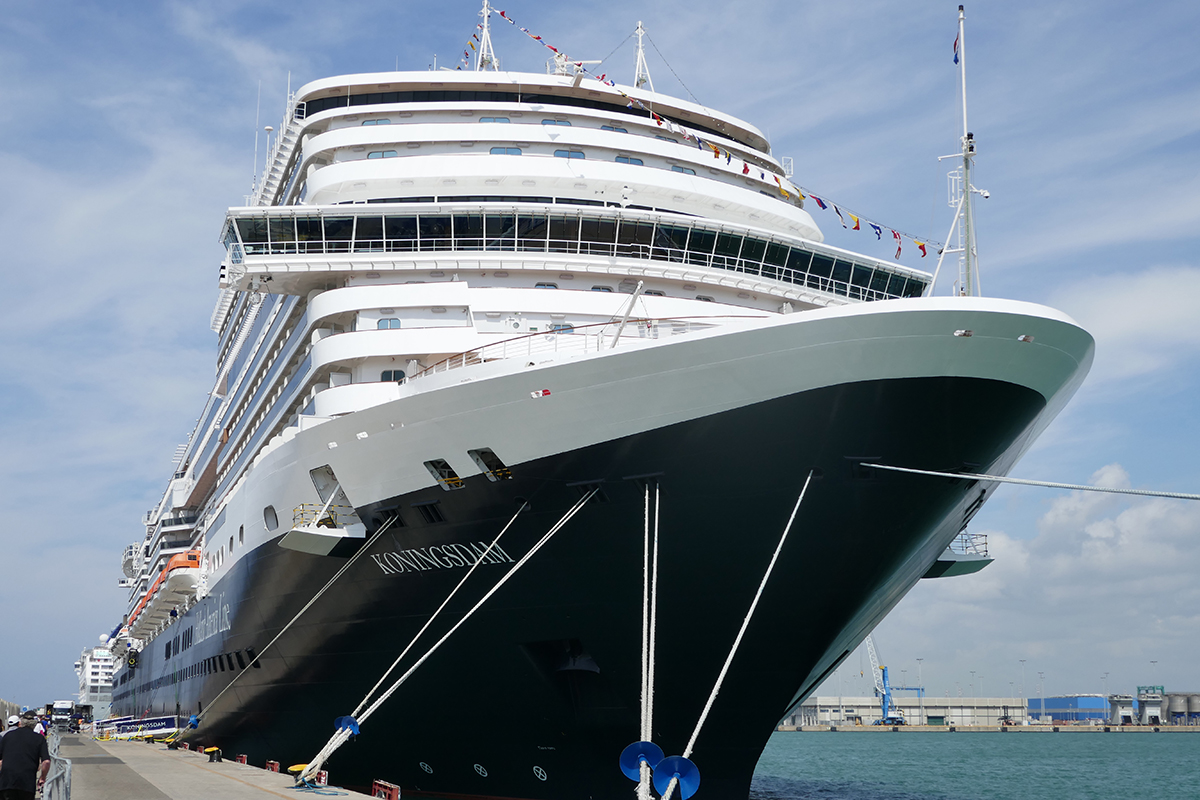 Our flight was arriving at night time, and our cruise was leaving the next day. We decided that rather than going from Fiumicino Airport (also known as Leonardo Da Vinci Airport) into the beautiful city of Rome, which is in the opposite direction from the Port of Civitavecchia, that we would head straight to the town. We were very pleased that we did. If we had come a few days earlier, we would have stayed in Rome, because ..well ..its Rome, and you can read about some of the amazing things to do in Rome,   but as it turned out, we got to discover that Civitavecchia is very interesting, and a worthwhile city to explore in its own right. 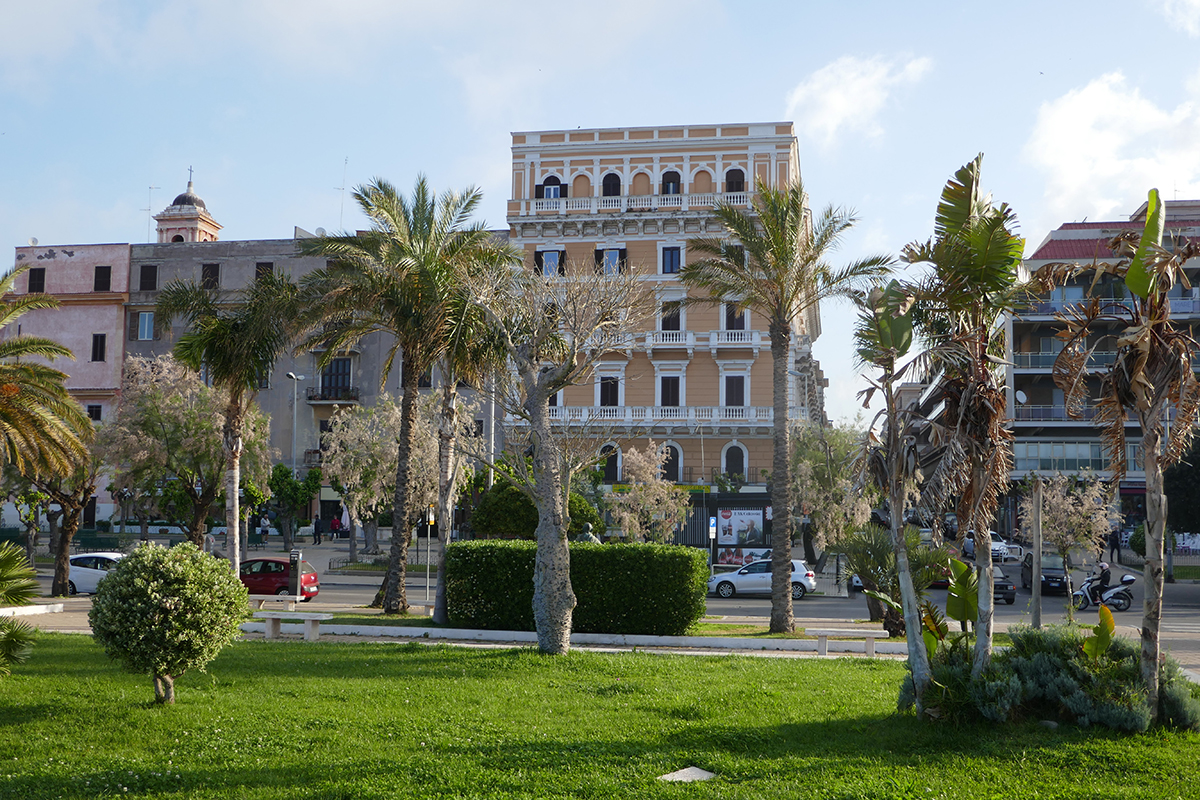 About The Port of Civitavecchia

The name Civitavecchia means “ancient town.”  Civitavecchia is located 80 kilometers (50 miles) west-north-west of Rome and is an important cruise and ferry port with regular ships going to Sardinia, Malta, Sicily, Tunis, and Barcelona. While fishing is now of secondary importance to the Port of Civitavecchia, it wasn’t always the case. However, you can still see this legacy with many local men making and mending the fishing nets along the sea front. 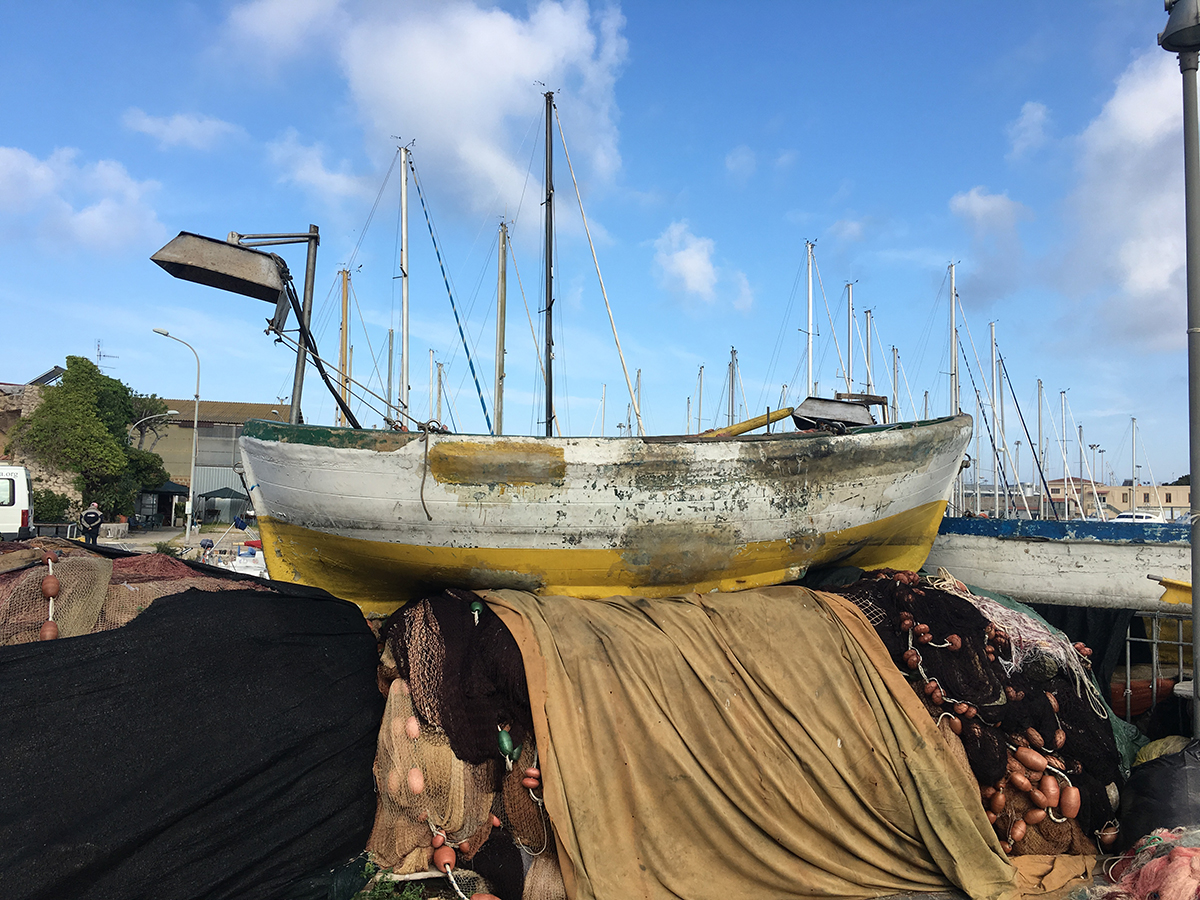 Our Good Luck when we arrived in Civitavecchia Italy

We happened to arrive on Good Friday, and on our arrival, the Processione del Cristo Morto was occurring. It was haunting, intimidating and yet showed how very seriously the Italian people feel about Easter. The somber sounds of the chains dragged along the cobblestoned streets was as eerie as the KKK looking shrouds that people wore. The procession is organized by religious brotherhoods, where they wear penitential robes with capirotes, tall, pointed hoods with eye-holes. The capirotes were designed so the faithful could repent in anonymity, without being recognised as self-confessed sinners. 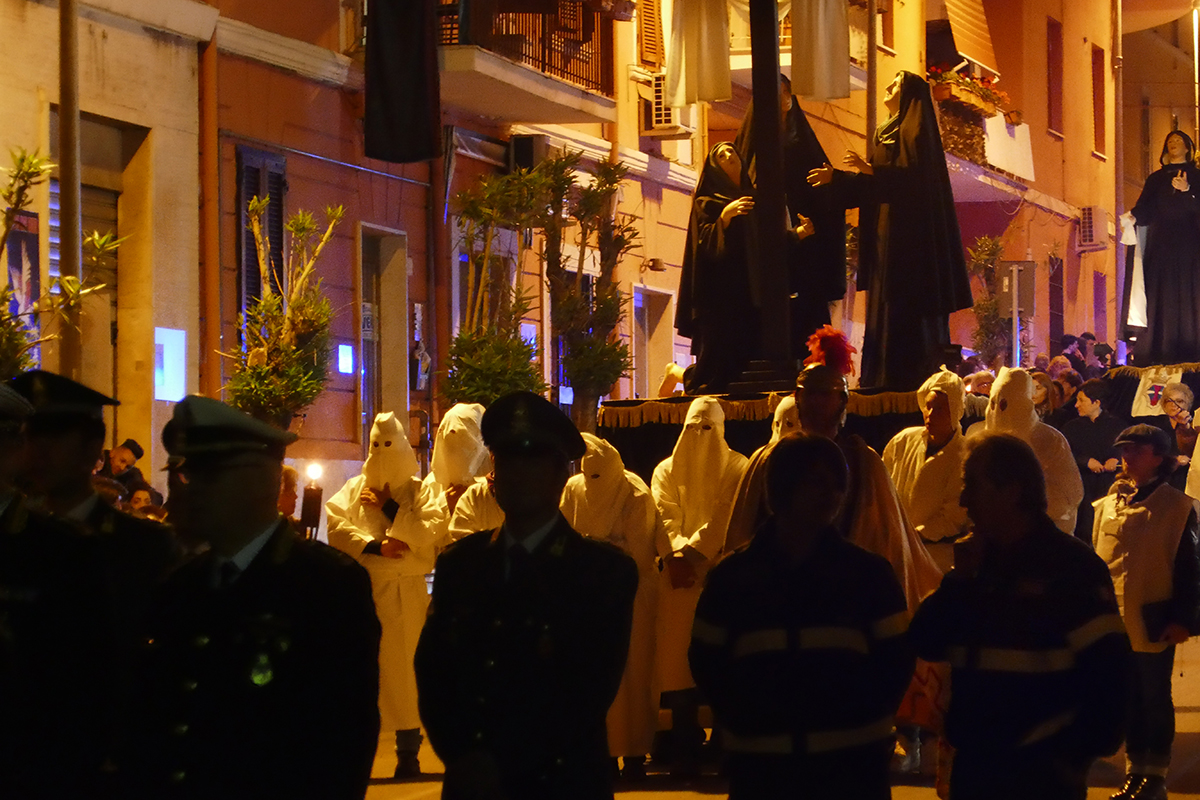 According to Rick Steves, “the purpose for these folks’ cone-shaped white hoods is to make it clear that everyone — old and young, rich and poor (and black and white) — is equal in the eyes of God.”

The tradition is not confined to Italy but can also be seen in Malta and Spain.

After the compelling and disturbing procession, is was off to the cafes to wine and dine. What was quite different for us, is that nearly everything in Australia closes down on this religious holiday, yet in this very Catholic country, all of the bars and cafes and restaurants stayed opened until early the next morning. 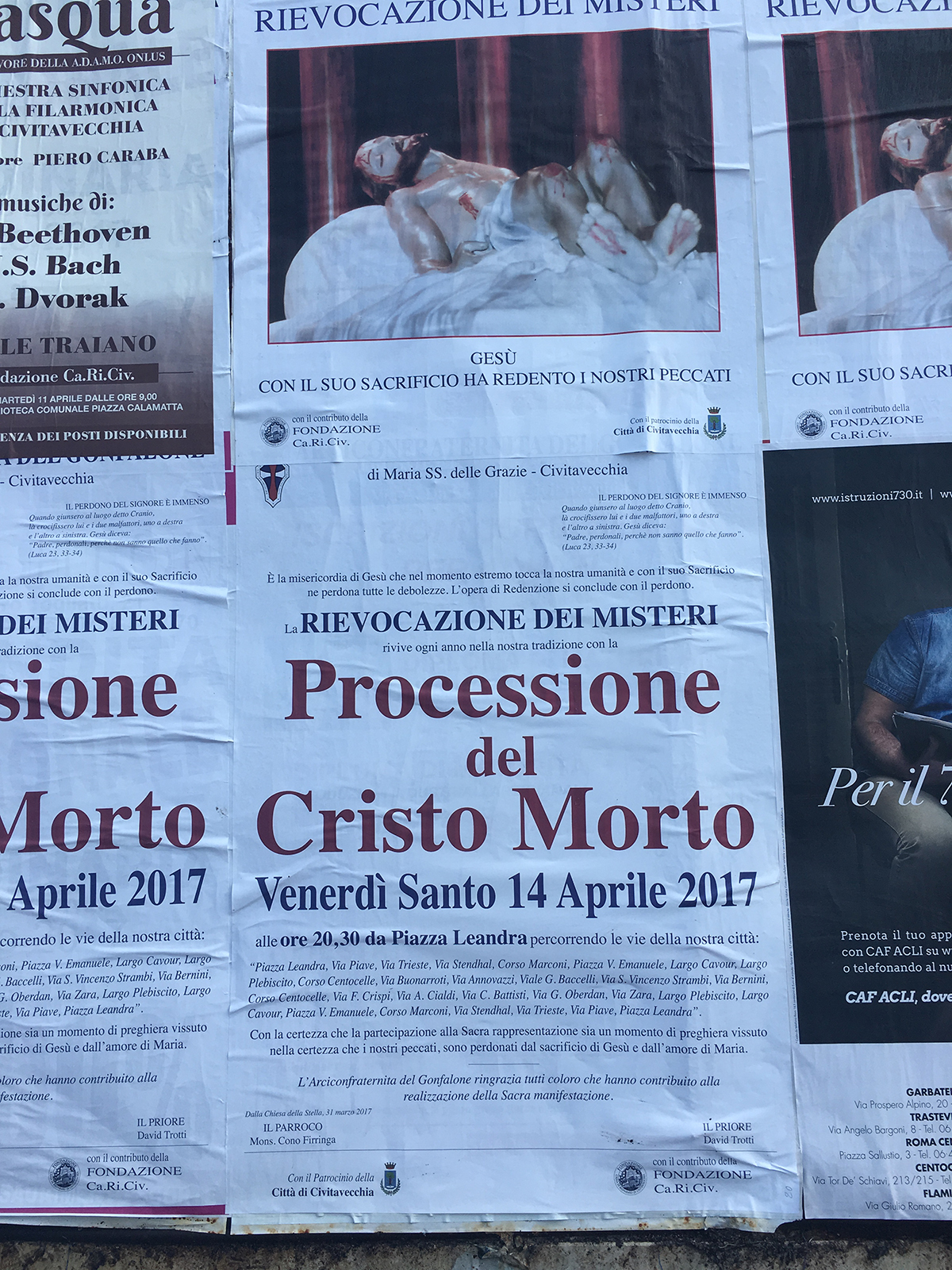 Do you remember “Madonna of Civitavecchia?”

In 1995, the Port of Civitavecchia gained international attention when a statute of the Madonna cried tears of blood in the garden of a local family. The “Madonna of Civitavecchia” is now on display in the Parish of S. Agostino for worship by the faithful.

Exploring the Port of Civitavecchia in Italy on our 2nd morning

Our cruise ship was spending the next day in Civitavecchia. Because it was Easter Sunday, many passengers chose to go to Rome to see the Mass at St Peter’s. However other passengers including ourselves, decided to spend more time exploring Civitavecchia. I think we made the right decision. The people going to Rome needed to catch the train, get to the Vatican and be back on the ship by 3 pm for the compulsory safety training. Unfortunately, many of them got trapped in the crowds in Rome and were unable to leave the city until the police had controlled the crowds. To learn more tips about the Vatican, including how to get tickets to Mass, read here. 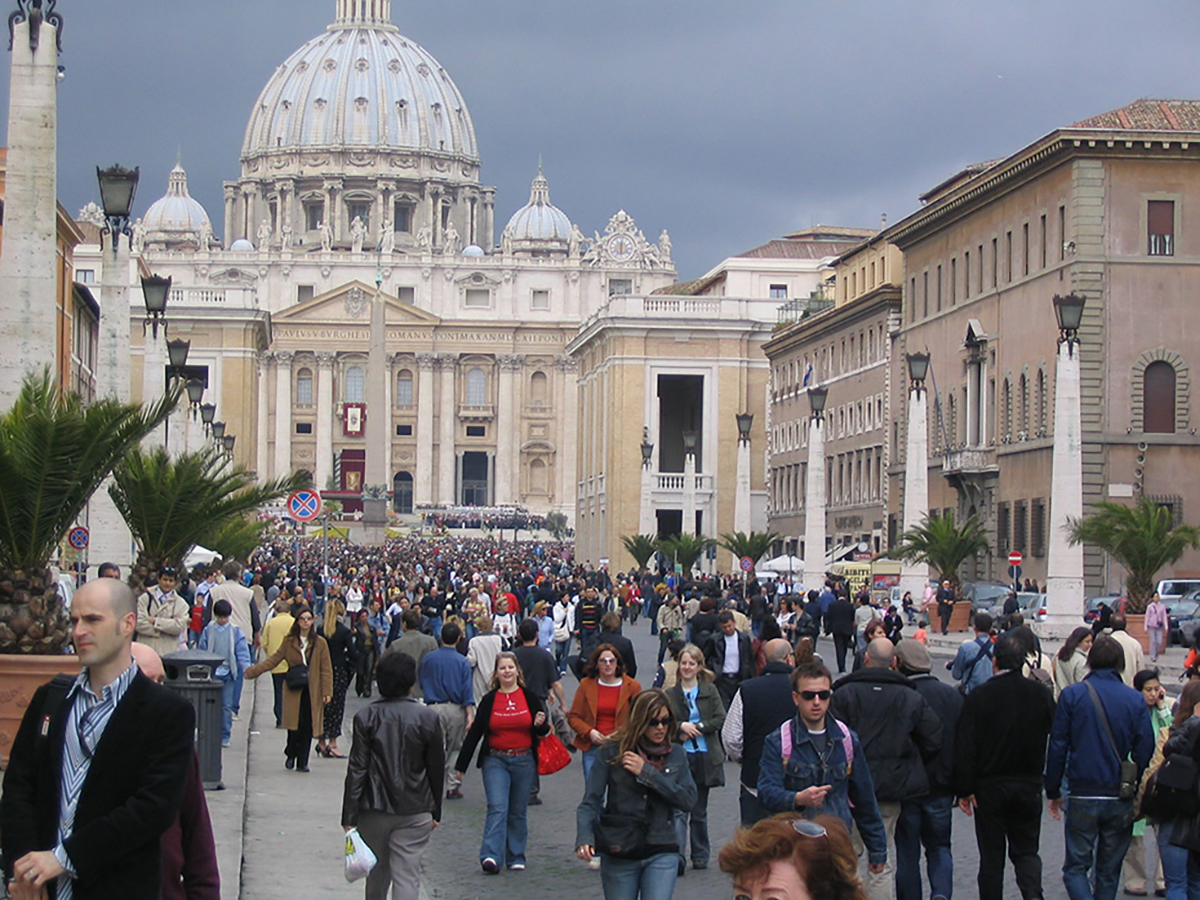 We spent the next morning Exploring the Port of Civitavecchia in Italy before embarkation. You cannot miss Forte Michelangelo as it dominates the seafront. Leonardo da Vinci, Michelangelo, and Stendhal, all contributed to this pretty little port city. St. Francis Cathedral is also a must see. 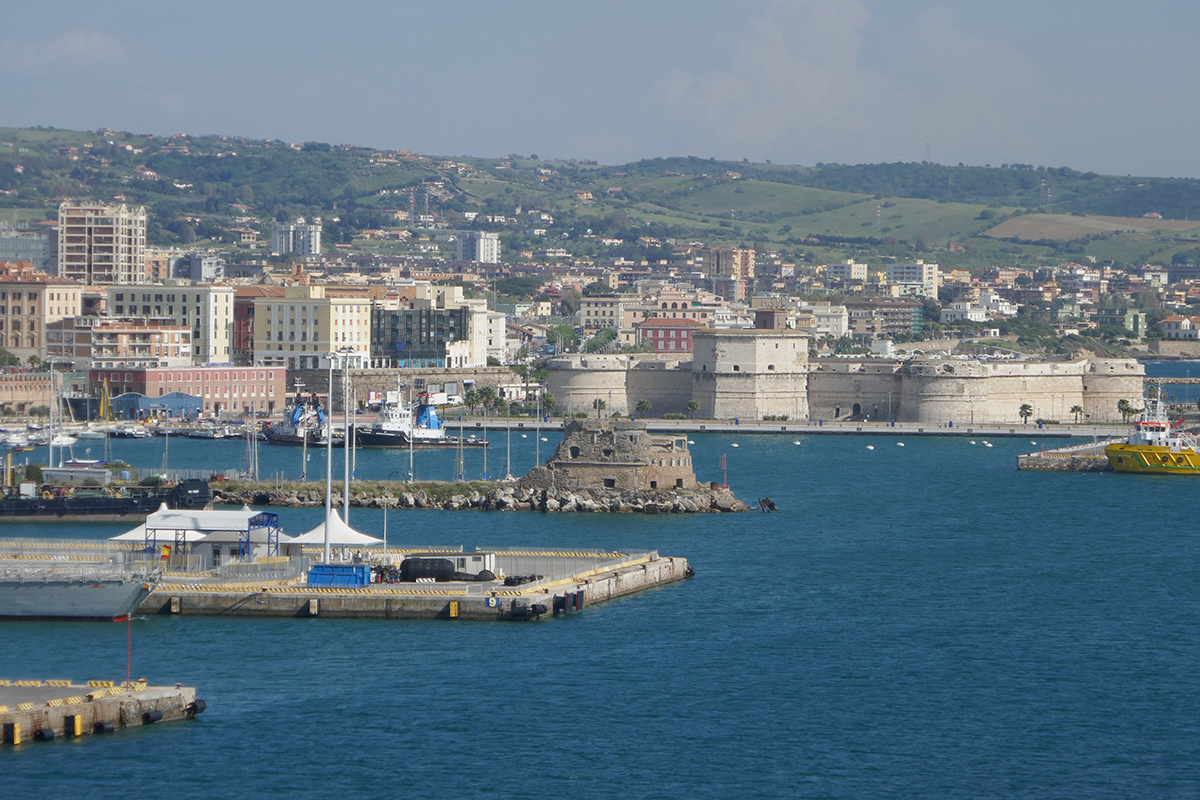 Look at our photos of exploring the charming backstreets of Civitavecchia. We wandered Corso Centocelle, Piazza Regina Margherita, visited Chiesa Della Stella because it was Easter Sunday. We loved exploring Piazza Leandra and watching the locals doing there daily chores, and setting up for Easter Lunch. We similarly visited Santa Maria dell’Orazione e Morte, a Baroque church with a balustrade from the stern of a boat inside. It also was the wooden statue of the resurrected Christ that was carried in the Processione del Cristo Morto. 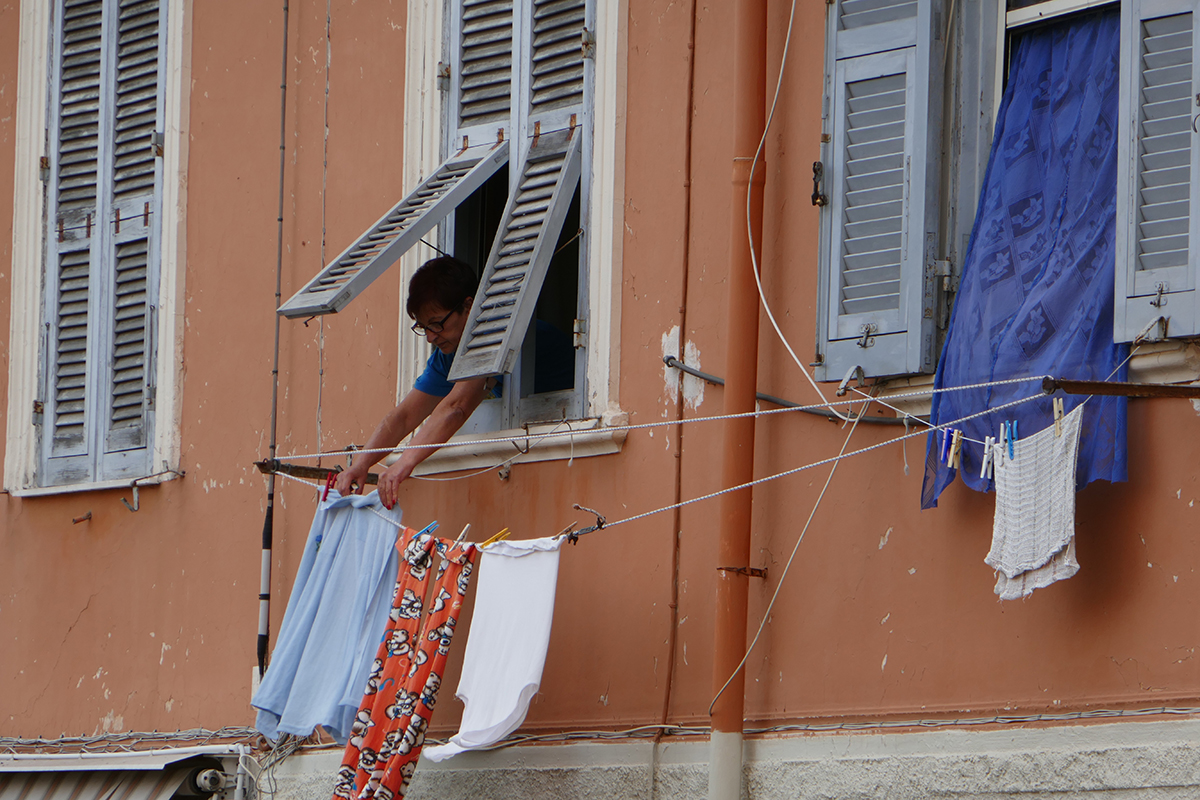 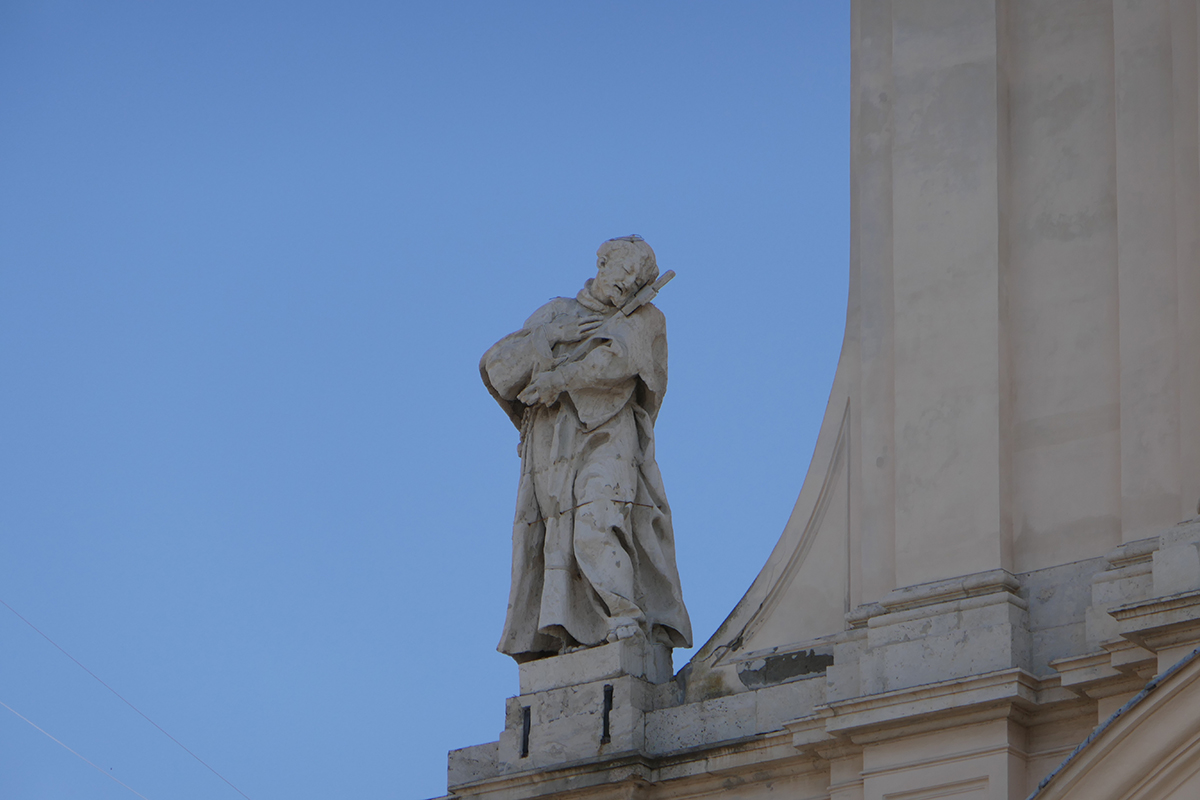 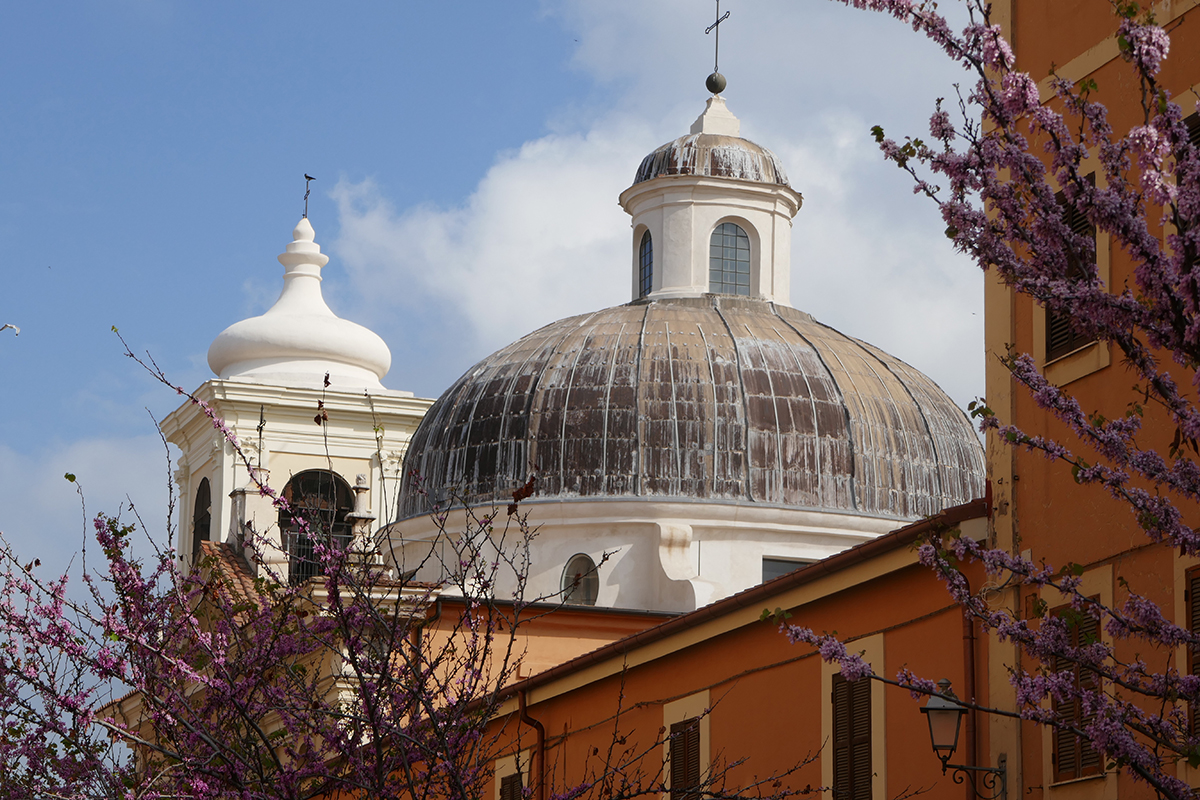 Make sure that you see the Unconditional Surrender statue. This is based on the famous Eisenstadt photo taken at the end of World War II in Times Square. It is now a large statue of a Navy sailor kissing a nurse on the seaside promenade.

If we had planned it, we could have visited Tarquinia and Cerveteri, two UNESCO World Heritage sites, and Terme Taurine or “Trajan’s Baths” which are close to the port city. 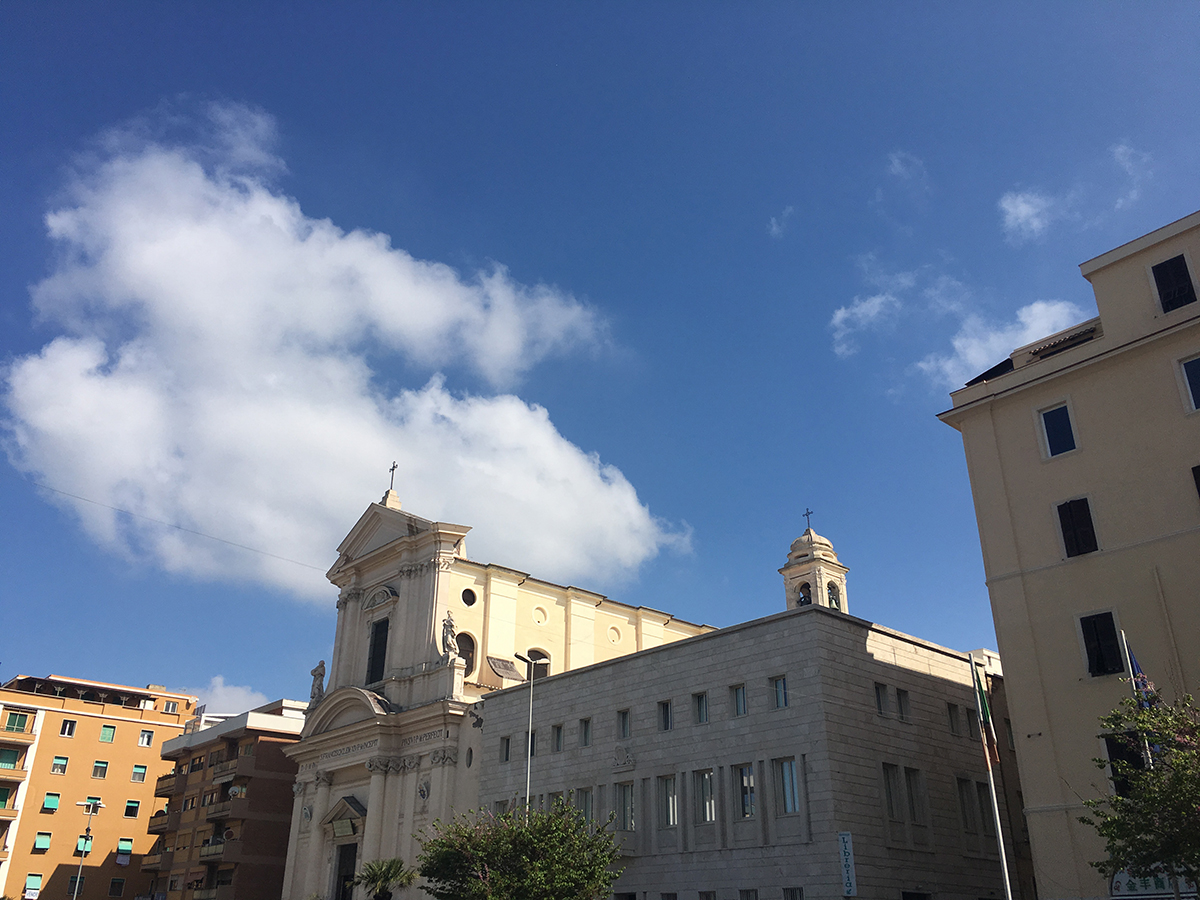 Fiumicino Airport (also known as Leonardo Da Vinci Airport) is the main airport of Rome and the most famous Italian airport. It is located only 60 km from the port of Civitavecchia; it is a drive of about 50 minutes by car the distance from Rome airport to Civitavecchia Port. It is further from Rome itself to Civitavecchia. 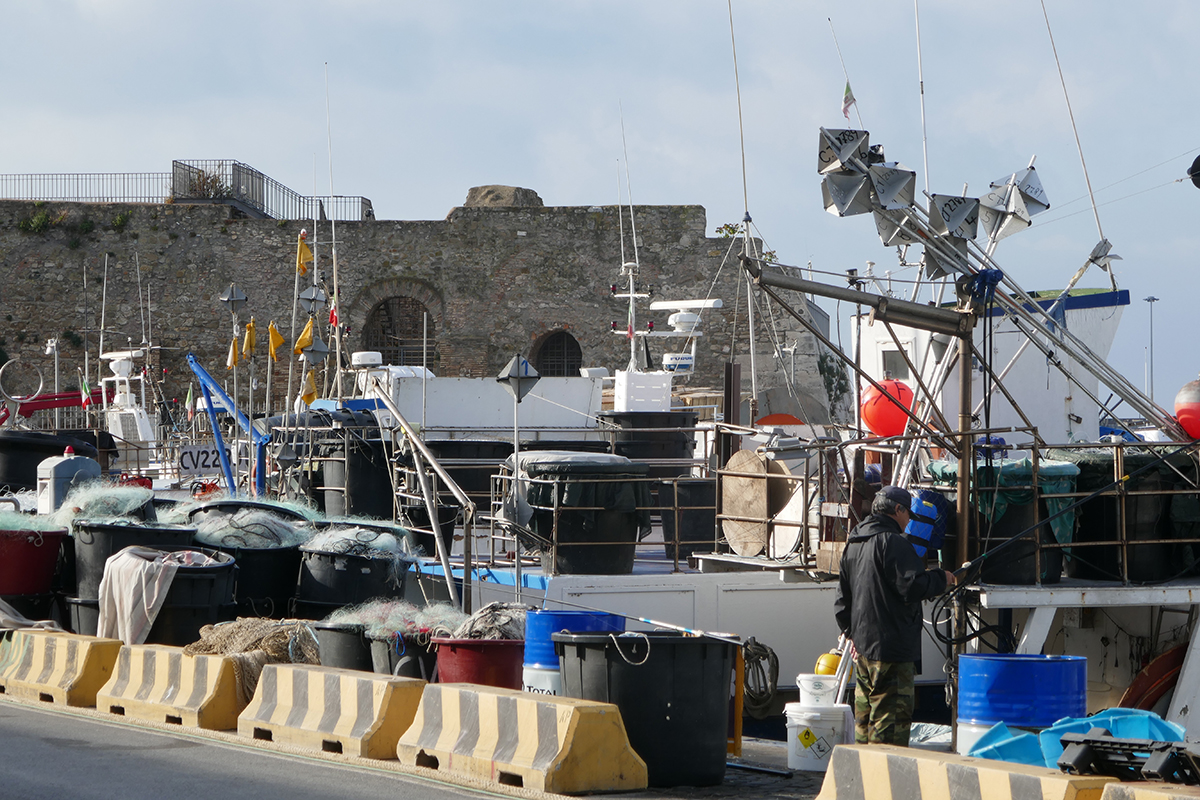 By Train from Rome to Civitavecchia

It is best to stay in Trastevere in Rome, and to go from Trastevere Station to Civitavecchia. Trains between Rome and Civitavecchia run about twice an hour. Stay as close to the station as you can if you have a lot of luggage, and you undoubtedly will.

There are innumerable companies offering to pick you up and take you to The Port of Civitavecchia. Check prices and conditions always.

We had booked an apartment and were picked up at the airport by the owners. They drove us the 50 minutes to Civitavecchia. Many people will take the train from Rome to Civitavecchia, and the station is in the middle of the town. From there you pay 2 euro to get to the port gates, and from there a bus will take you to your cruise ship. 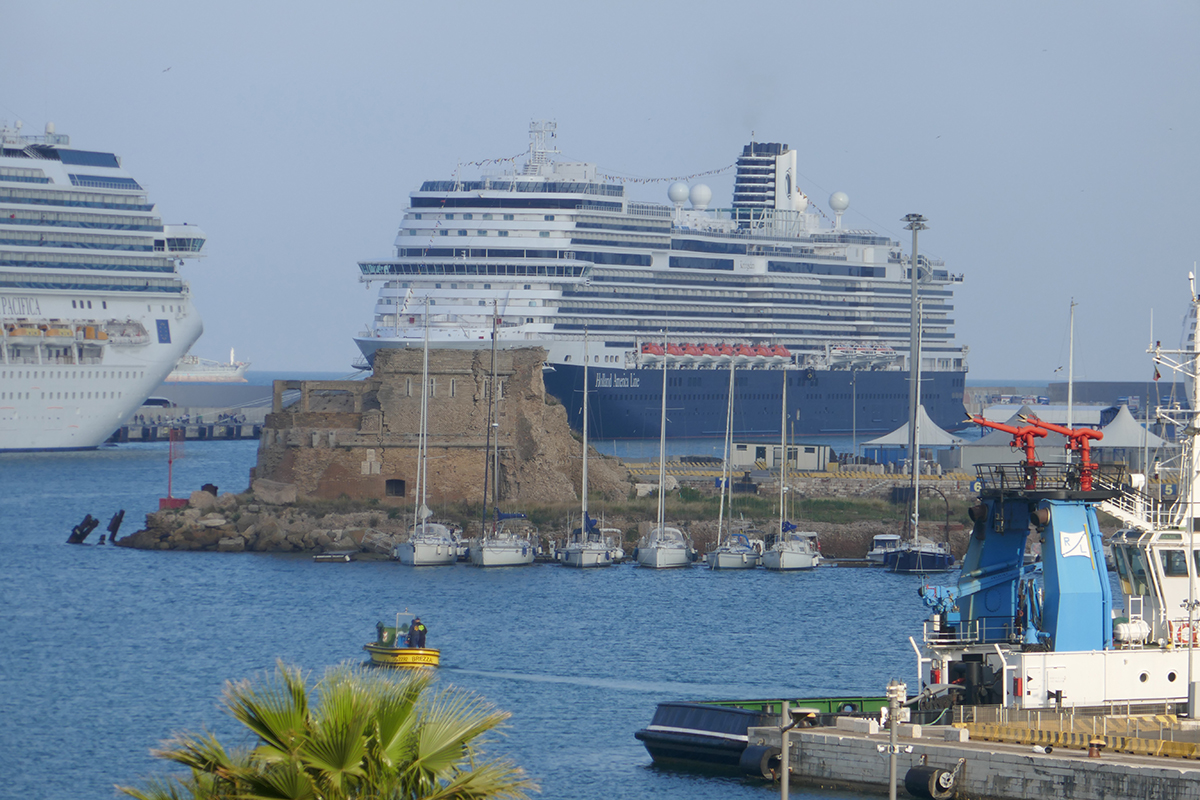 There are many hotels, B&B’s and hostels in Civitavecchia. Check here for latest prices, and make sure you book early because many people will stay in the city the night before a cruise departs. 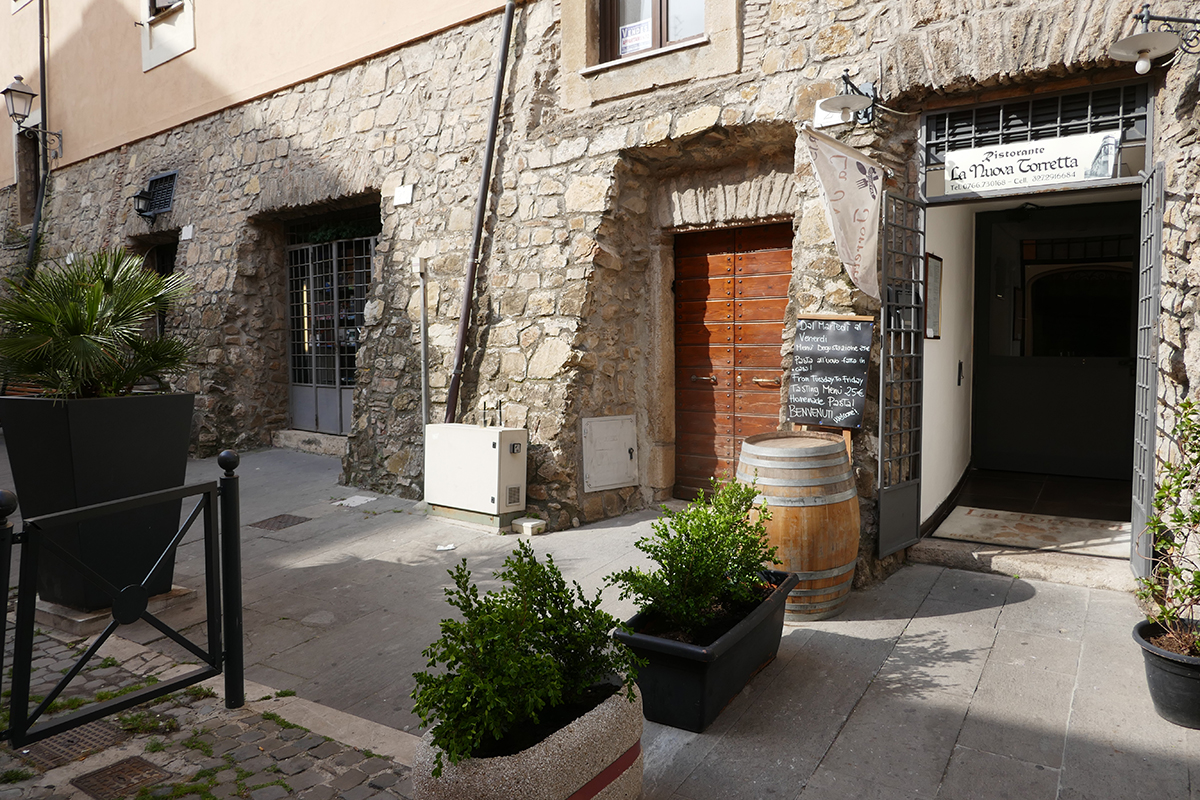 History of Civitavecchia in Italy 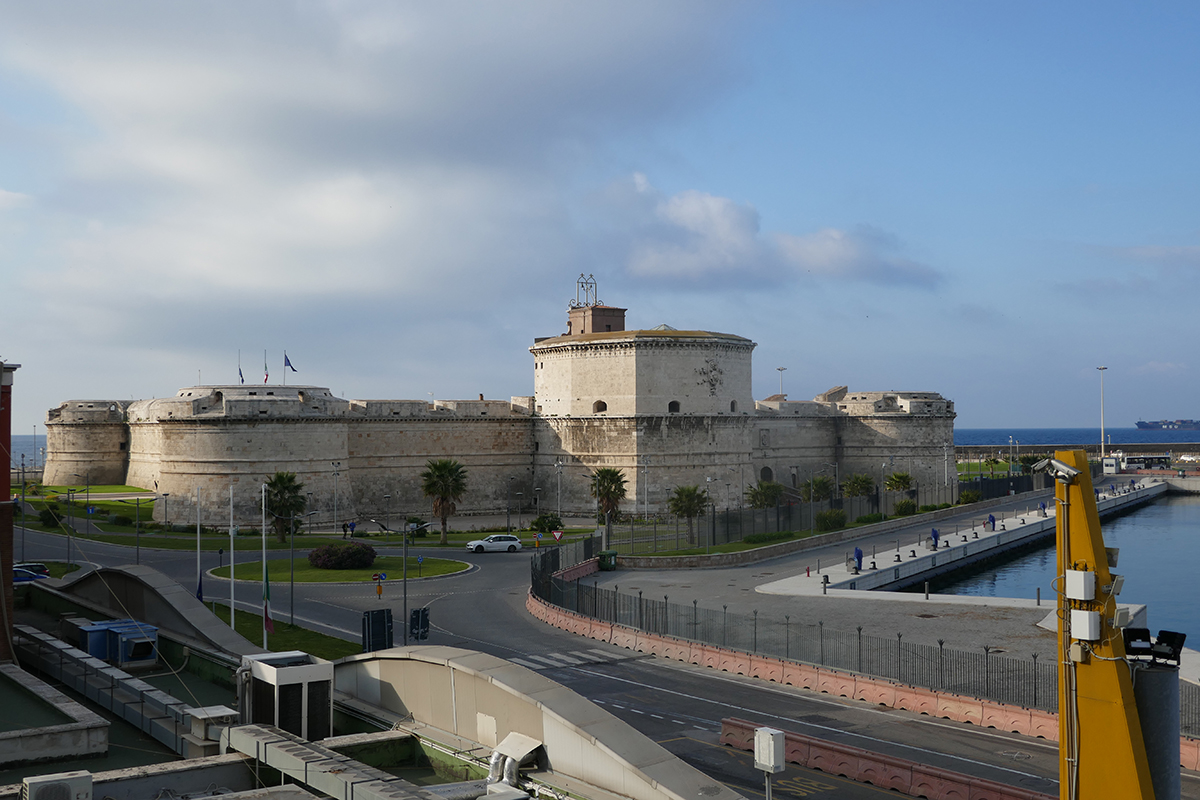 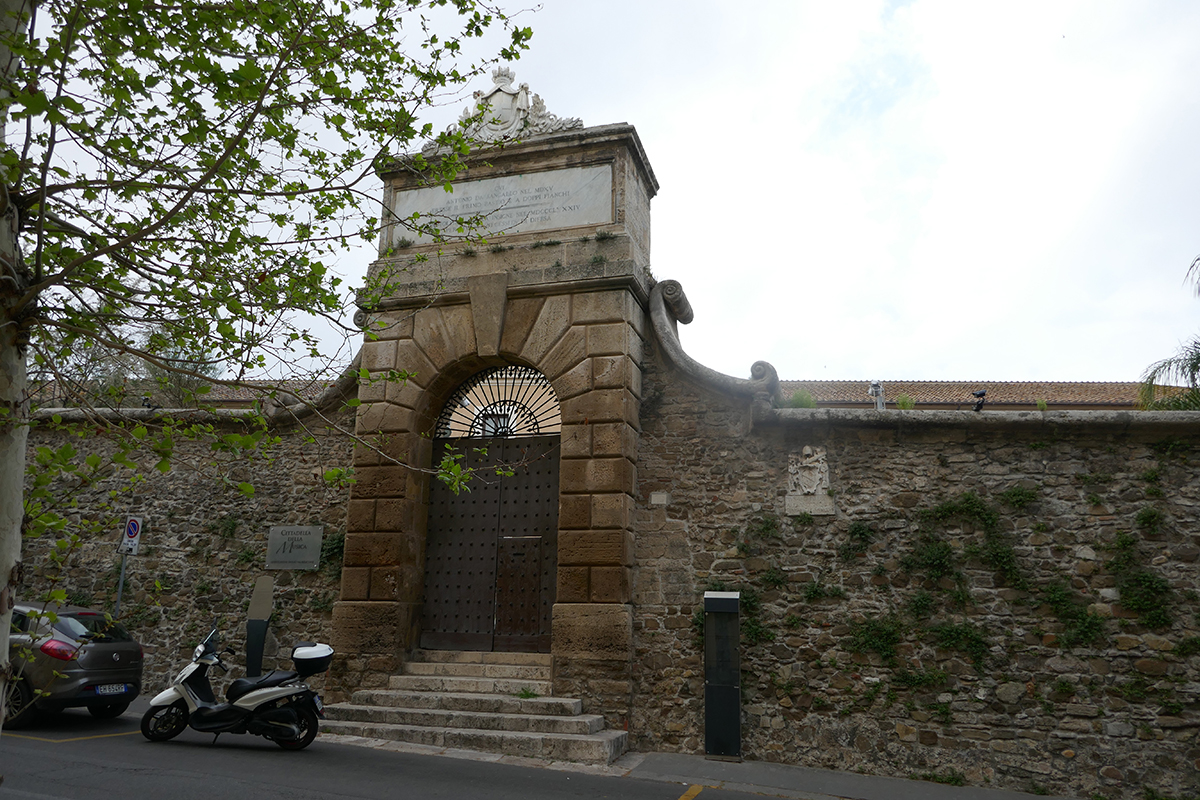 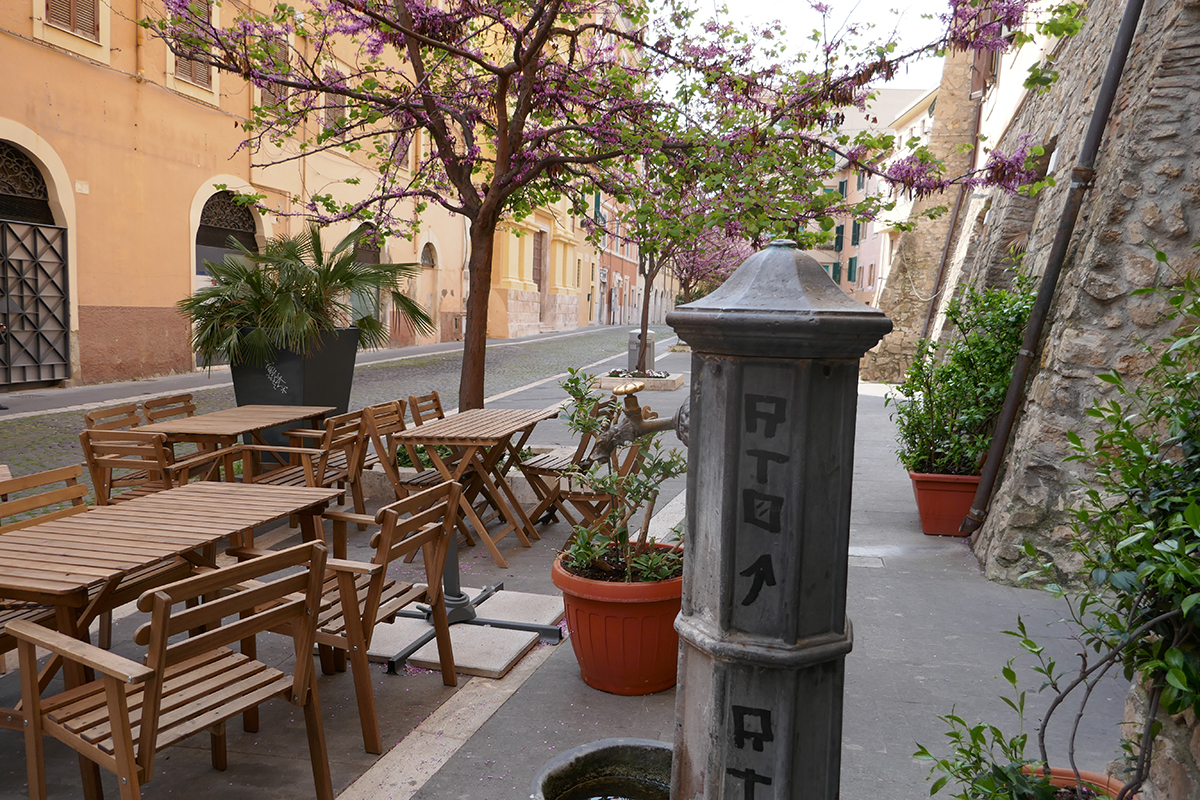 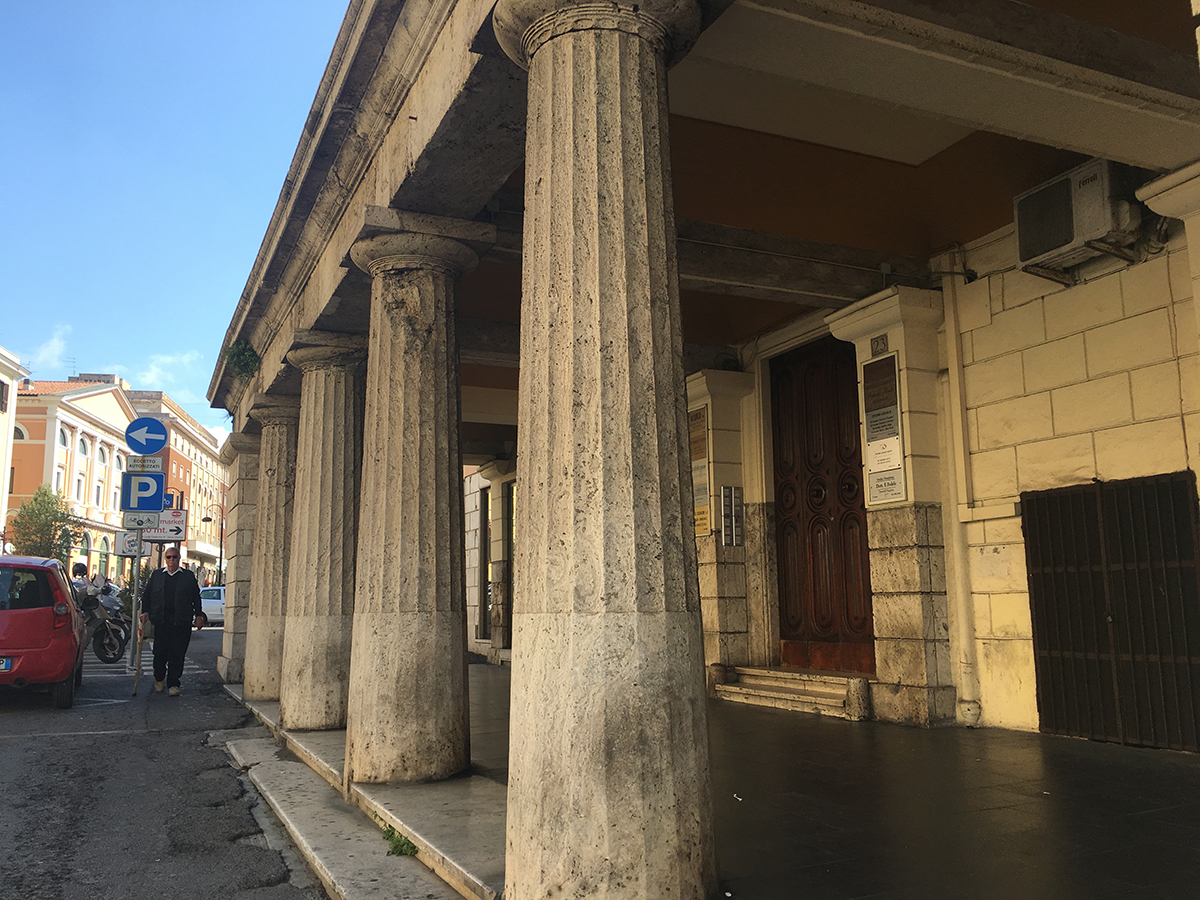