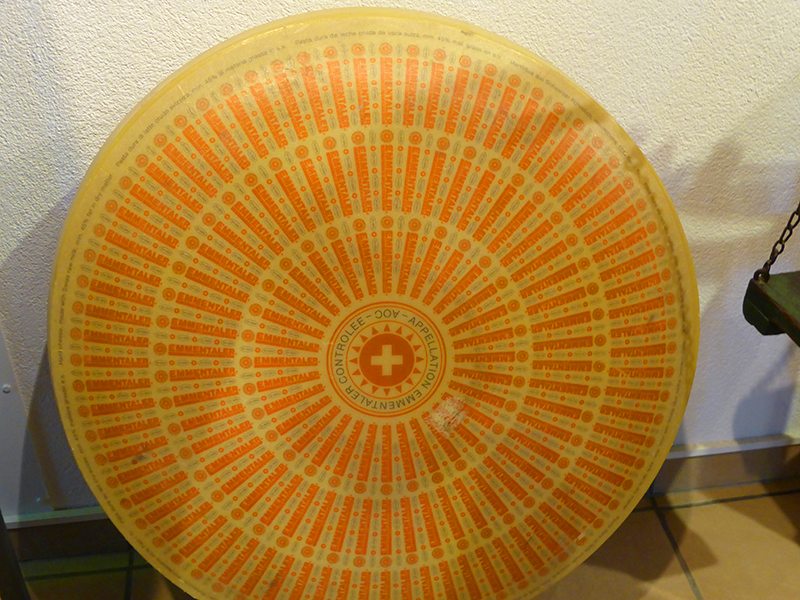 The Emmental Cheese Dairy, Switzerland is one of the best experiences you can have in this country, particularly if you are a cheese lover like me.

If you have wondered where the wonderful and original Emmental cheese is made and produced then you need to visit the Heidi like countryside of the stunning Emmental region in Switzerland. This region is so beautiful with lush green meadows, beautiful Swiss houses and those cows, which I happen to like. It is also a cheese made according to the most rigorous guidelines, as these farmers know that they have a special product, coveted the world over. The highest attention is always paid to all details of the production of this special product.

The region of Emmental, it must be noted, is a lot more than just the cheese that Emmental is synonymous with. In coming weeks you will hear about the saddler and the piano accordion makers, who also hail from this region. Also, Emmental has some of the most amazing cycling and walking paths, including an Emmental cheese route 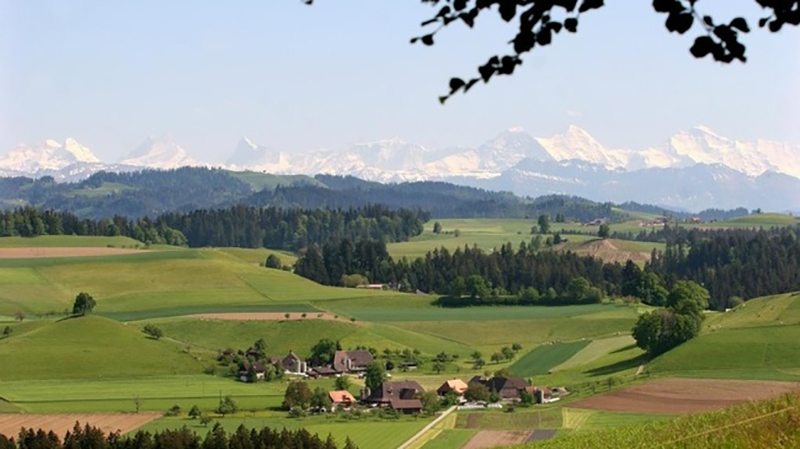 Where is the Emmental cheese dairy?

We explored the Emmental cheese dairy in Affoltern, a beautiful little area of Emmental, with a lovely guide named Barbara from the dairy and with the delightful Barbara from Emmental Tourism

The Emmental open cheese dairy in Affoltern combines the traditional with modern displays of how and why cheese had been produced through the ages.

Location
A 10 minute train ride from the delightful Bern takes you to Burgdorf and then a lovely drive or cycle through the countryside to Affoltern.
Emmentaler Schaukäserei
AG Schaukäsereistrasse 6 3416 Affoltern i. E.
Opening hours
Daily from 9:00 am to 17:00 pm  (April to October: until 18:30 pm) 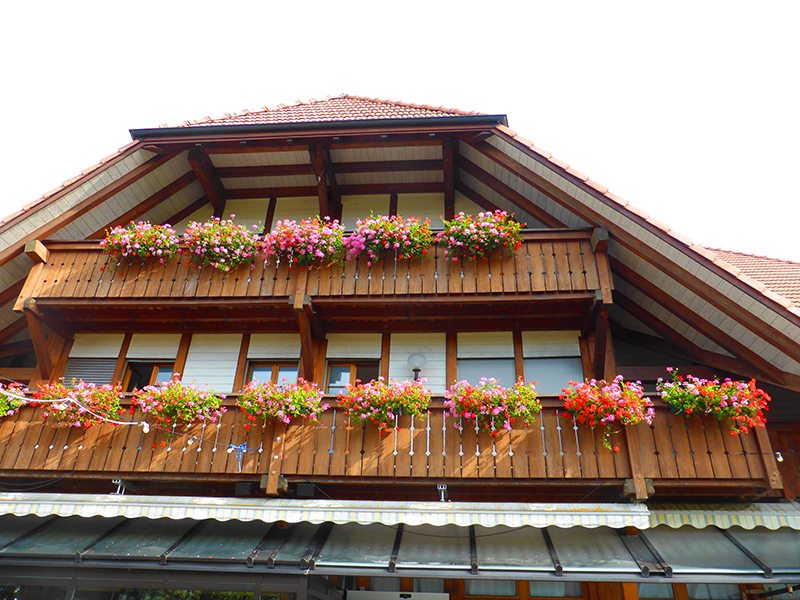 We chose to start at the Küherstock, also known as Stöckli, which was built in 1741. This shows how people lived and made the famous cheese back in the 18th century. Cheese was still being produced over an open fire and was used as a major food, particularly for those tending the cows. 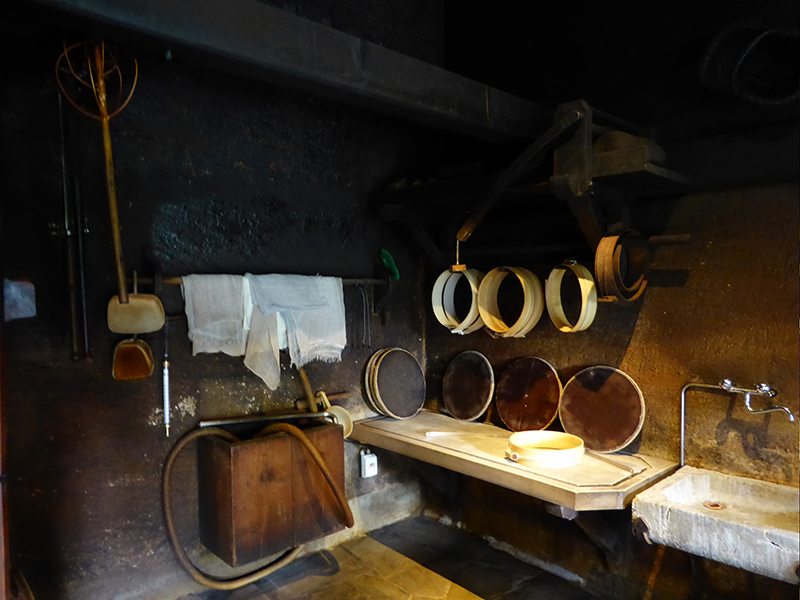 We then went onto an early 19th century dairy, called the fiery chariot cheese dairy dating back to 1900. You can see how the technique were improving, and how the co-operation of farmers who pooled their milk were being made more accountable for their hygiene as one bad batch would ruin the entire process of making the cheese. 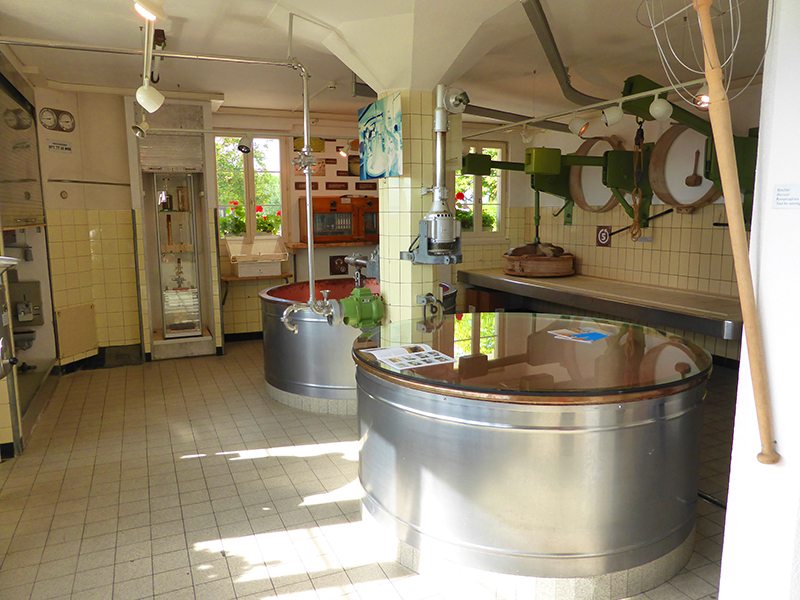 Out of interest, we are used to very large herds of cattle, yet most farmers in Emmental have 20 cows only that are lovingly cared for and often given names. These are the princesses of the cheese production.

Viewing the modern dairy of Emmental

The main building of the Emmental open cheese dairy, houses the modern production facilities where the famous Emmental or Emmentaler AOC is made. Here we watched the people producing this delicacy, with just 8 men and women working this. Only fresh unpasteurised milk from the local region is used to make Emmentaler AOC, since it is the milk, which gives our cheese its characteristic tang. The milk comes from cows, which feed only naturally, on fresh grass. The key to the success of Emmental AOC is that the families are the lynch pin of Emmentaler Switzerland. Many of the dairies which produce Emmentaler AOC have been family-run businesses for generations and make an important contribution to the quality of our cheese. 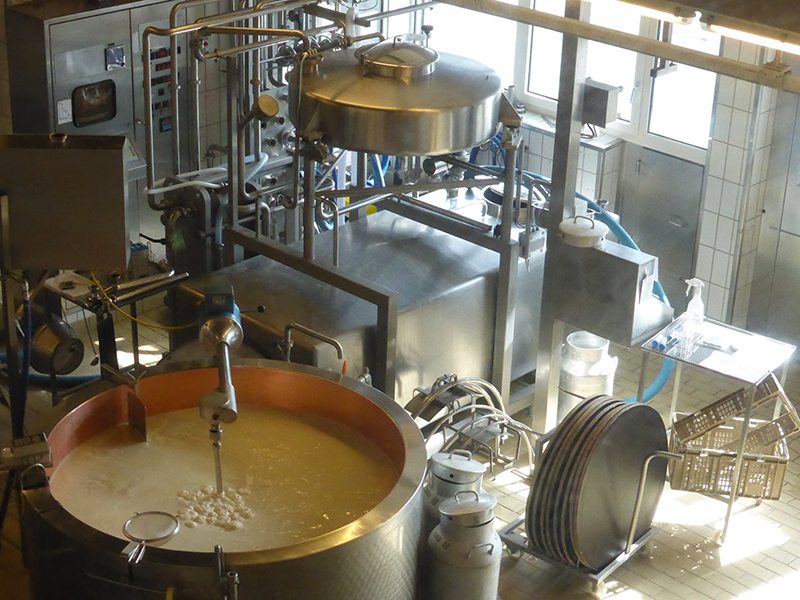 Emmentaler AOC is actually the only real Emmental cheese but due to not patenting the name in the 1920’s it is now made elsewhere around the world, but does not taste the same at all.

The only way to pick the “real” Emmental is by the label. On every piece of Emmentaler AOC, you will find the number of the dairy, which produced your Emmentaler AOC on the rind. Number 3254 for example is for cheese, which is produced in the Emmentaler show dairy in Affoltern. 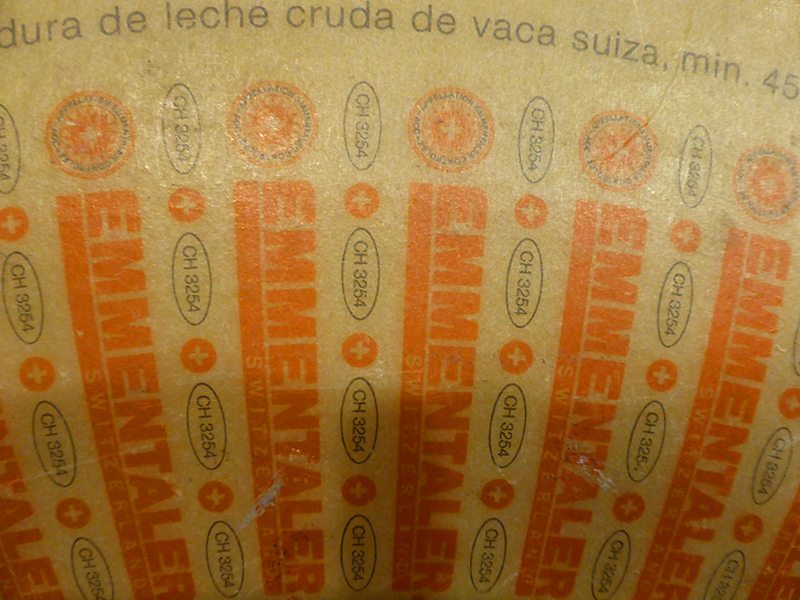 This is the place not just cheese based dishes, but some of the best home cooking in Affoltern. The meals are massive, they are fresh and they are one of the best meals that we have eaten. 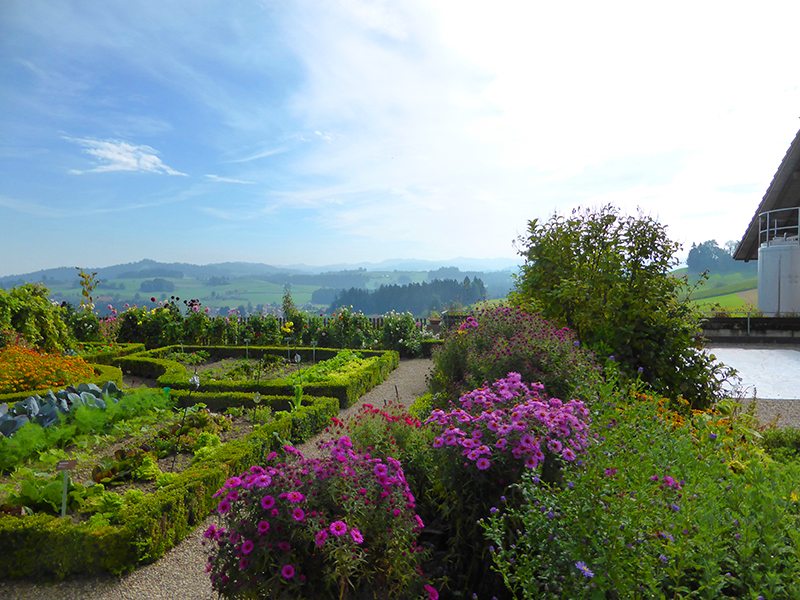 Thanks to Emmental Toursim and Bern Tourism for sharing this beautiful area with us. Follow more of our journeys through the stunning Emmental region.

Visiting the Emmental Cheese Dairy in Switzerland is not just interesting and informative day, but an exceptionally pleasant day in stunning surroundings. Look out also for the very typical Emmental vegetable gardens, and see the immaculate way that they are done. This is another unique feature of a region that we will definitely be retuning to – Emmental, Switzerland.