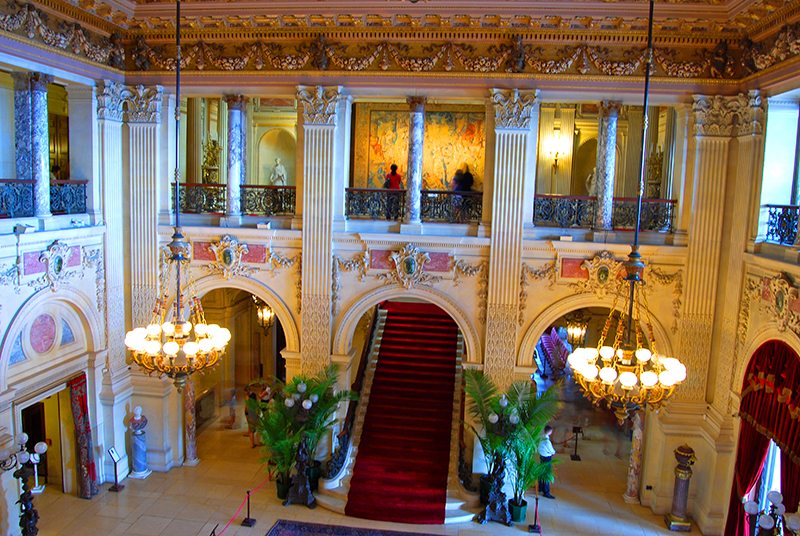 These over the top luxurious “summer cottages” of America’s Gilded Age portray the opulence this time. The Gilded Age lasted from 1870-1900, and the name came from the title of a book by Mark Twain. “Gilded” means covered with gold on the outside, but not golden on the inside. The Gilded Age was a period of rapid economic growth but so much social conflict. A lot is explained during the informative audio tours that can be taken at The Breakers, The Elms and Marble House. Docent-led tours, or a trained volunteer museum guides are an excellent way to learn more at the mansions of Chateau-sur-Mer, Chepstow, Hunter House, Isaac Bell House, Kingscote and Rosecliff.

“Keeping up with the Joneses” originated in Newport.”

This is the age when there were ridiculous and ostentatious displays of wealth and where they were all trying to outdo one another. Think the Vanderbilts and Astors for a start. We visited two of the mansions, Marble House and The OTT The Breakers. These mansions were built as summer cottages by wealthy industrialists like the Vanderbilts, and southern plantation owners.

I walked in ready to condemn these flamboyant displays of wealth, and in some cases I did. However, there was something about the Breakers – the showiest of them all, that sort of mellowed me.

The Breakers was built by Cornelius Vanderbilt in 1895, who built his wealth in railroads and shipping. If you think that you know wealth, then this will shock you to the core. This Italian Renaissance summer cottage has 70 rooms, including a grand three-story dining room. The Vanderbilts intended for it to be big and ornate, but from our visit we hear that is was first and foremost a family home. The children would slide down the bannisters of the trays of the butlers. Ok, wealth requires a huge amount of servants. However, and this is the slightly mellowing part, Vanderbilt worked so hard, and I guess that much of America may well owe a debt to him for the railways and steamships, which eventually improved and increased trade among other things. This house was his hobby, albeit an extravagant one, to get away from the all-consuming business side of his life. The fact that he was a philanthropist as well means that I did cut The Breakers some slack. 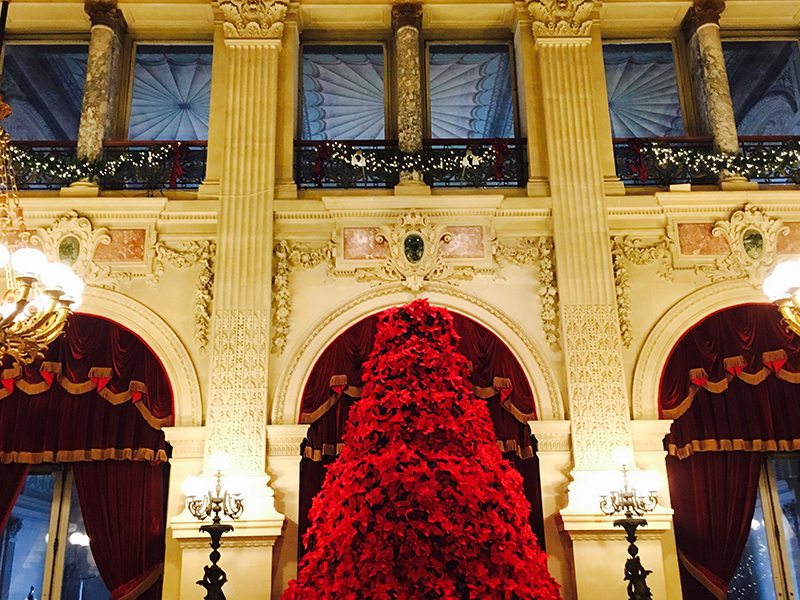 Marble House was built in 1892, and the architect went on to design The Breakers. It was given as a birthday gift by William K. Vanderbilt to his wife Alva, who kept it after divorcing him. This was the Gilded era and everyone who could flaunted their own wealth by building bigger and better homes, wearing the latest fashions, driving the latest cars and anything that would make them appear to be at the top tier of wealth, but perhaps not class. This woman, however, has some history worth looking at, particularly her role in the suffragette movement. 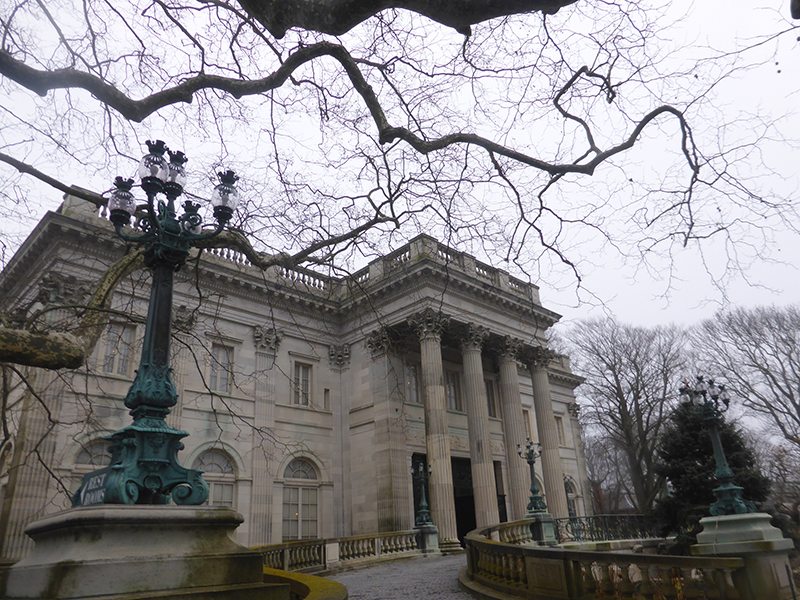 Rosecliff has the Best Story

Tessie Oelrichs, the owner of this mansion that is by no, means the best of the poor taste other mansions, in Newport. However, she ruled the societal roost. Getting an invitation to dine or even have afternoon tea with Tessie was the thing that all of the Newport society strove for. She ran The Great Gatsby-style parties. She was a hard task master, however.

A story told to us by a Newport local, is that one of her wealthy neighbours tried in vain for a long time to get this prestigious invite. One day she did invite him to be assessed for suitability. She deemed him too ugly to fit her parties so told him that he would never make it onto the list. To spite her, he cast his face on all of the boundary fences so that she would see his face at all times. Now Gordon and I searched and searched for this but couldn’t find it. That is not to say that it isn’t true because it has a lot of credibility…considering the time. 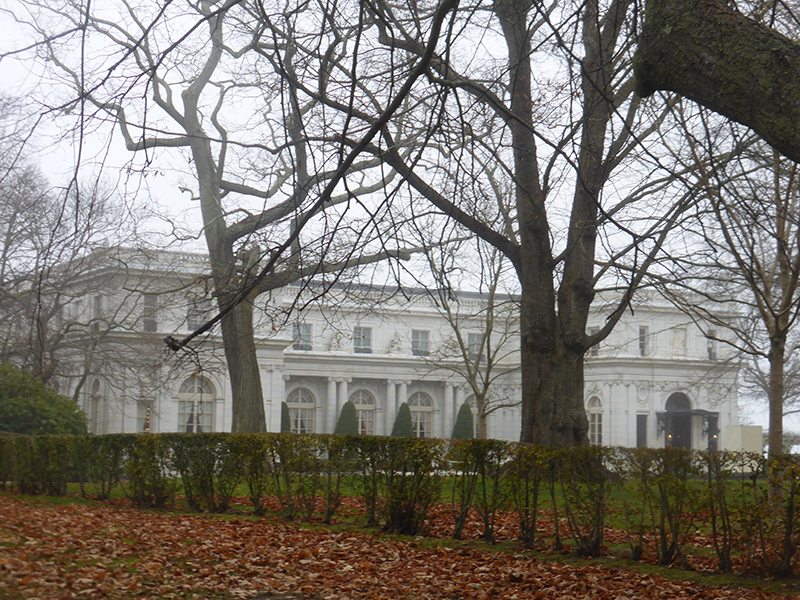 Isaac Bell, Jr. was a successful cotton broker and investor, and the brother-in-law of the publisher of the New York Herald. Bell hired a New York architectural firm to design his summer cottage. They had designed the Newport Casino, the Boston Public Library, and Pennsylvania Station in New York. 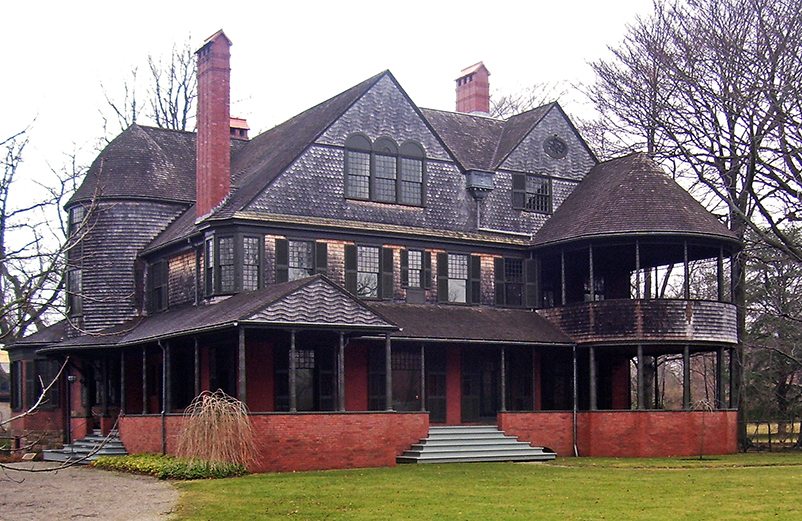 Chateau-sur-Mer was built as an Italianate villa for William Shepard Wetmore, a merchant in the China trade. 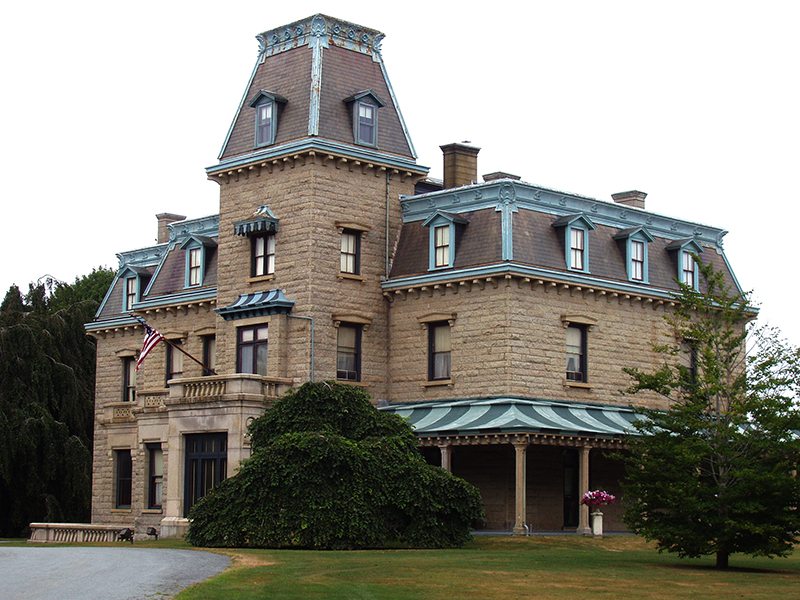 Kingscote is a Gothic Revival mansion and was built for George Noble Jones, a southern plantation owner. The family lived here though the American Civil War, escaping their issues in the south. 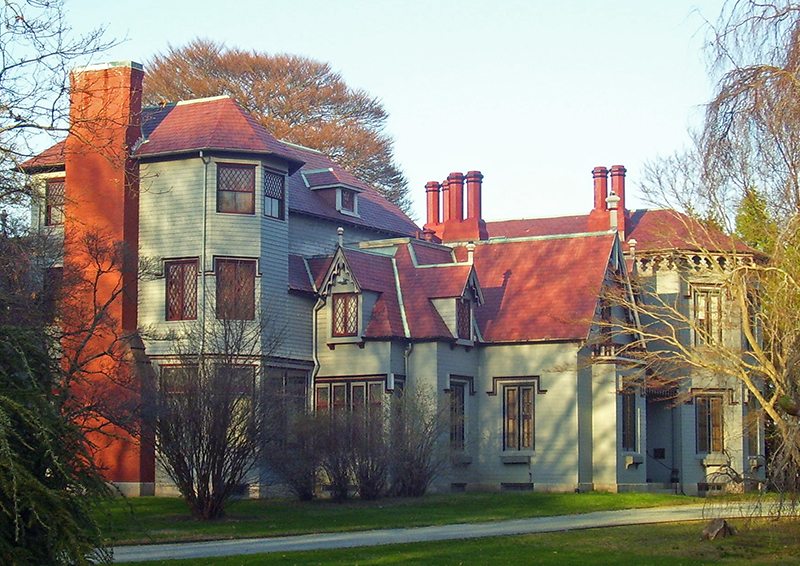 This was originally built for a merchant but it later became the summer estate of the Astor family. Before moving in, Mrs Astor hired architect Richard Morris Hunt to do many renovations including the addition of a ballroom to fit the famous Four Hundred. 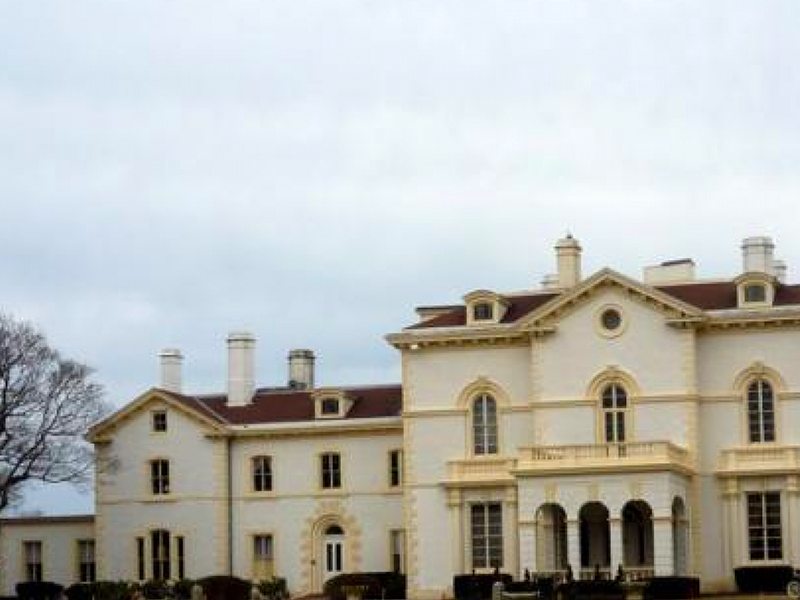 Exploring the Newport Mansions of Rhode Island will fascinate and possibly even confound you.

Regardless, you will definitely have an opinion at the end of seeing such wealth.

What do you think about the Newport Mansions?

The writers were the guest of The Preservation Society of Newport County. and the delightful owners of the Cliffside Inn, Newport. Read about this amazing inn right here.

Join us on Pinterest, we would love it if you clicked this link and had a look at our boards 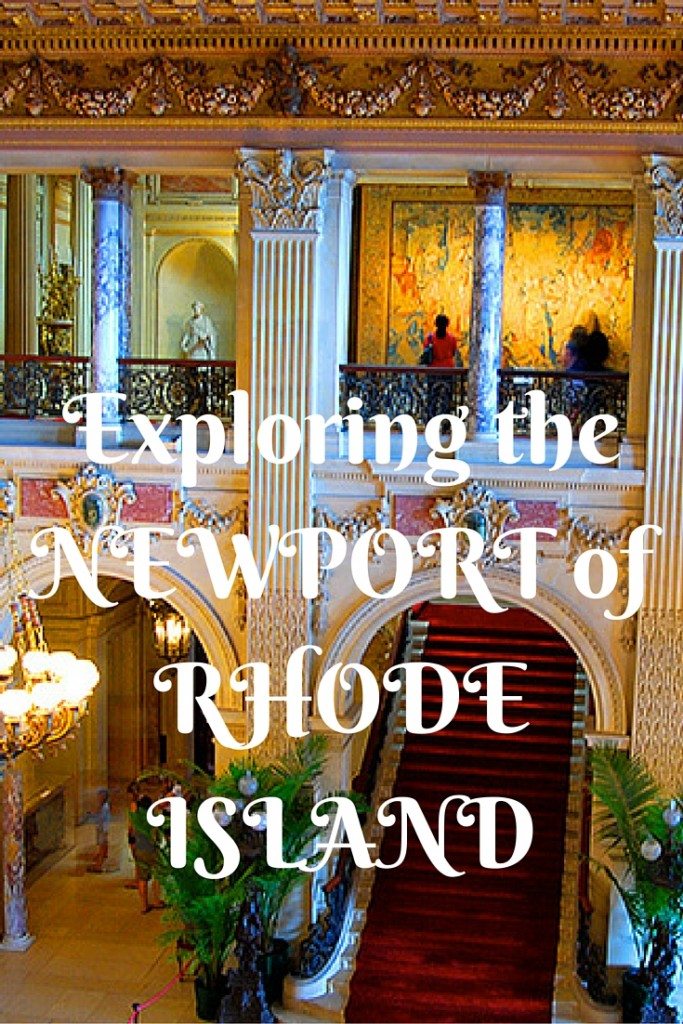