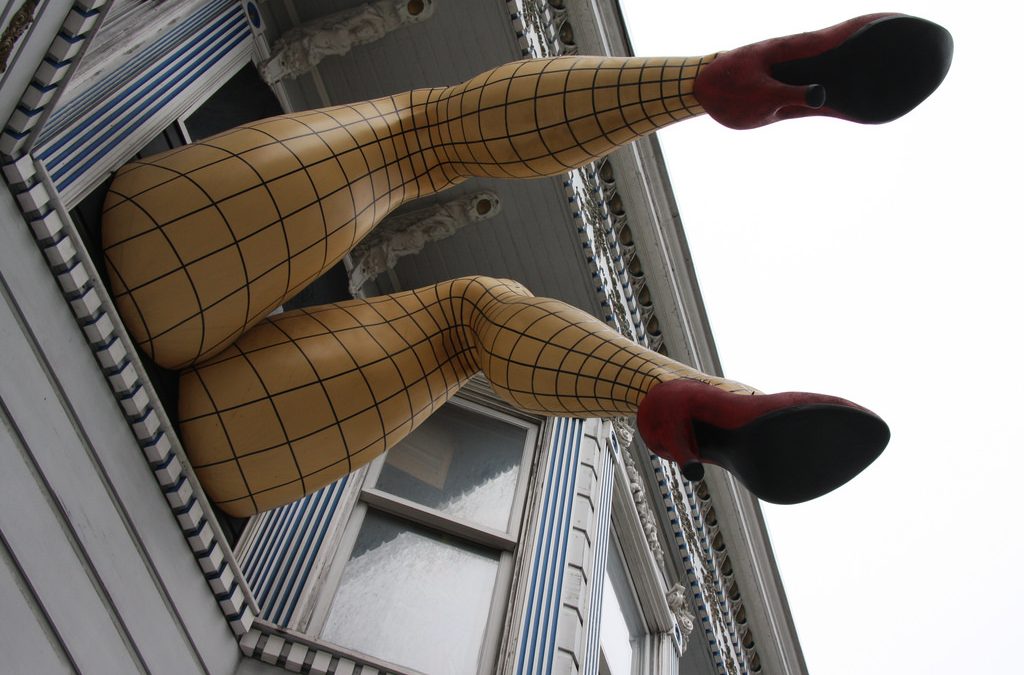 The Streets of San Francisco was the name of a 1970’s cops, and robbers show, now called crime drama. Now, the streets of San Francisco are one of the most popular tourist destinations in America. We share our brief thoughts on this city, and how it went from the Summer of Love to an important tech City and  to share, some of the best things to do in San Francisco for locals and tourists.

These are just some of the ionic sites, rather than the immersive travel experiences. 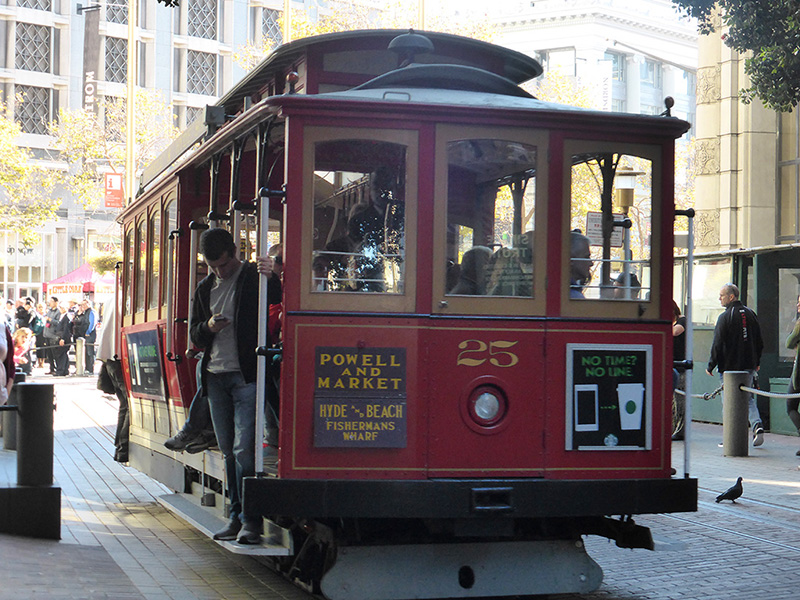 The famous cable cars, or trams of San Francisco. San Francisco is built on a lot of hills; but no one can agree on whether there are 43, 47 or 49. But that is why you need to be pulled up the hills by the cable cars.

The Iconic Things to See on the Streets of San Francisco

These are some of the highlights of our time exploring The Streets of San Francisco. We loved seeing some of most iconic things that this city is known for, from The Golden Gate Bridge to Alcatraz, from the famed cable cars to the crazy most crooked street – Lombard St, from Fisherman’s Wharf, and right down to the amazing sourdough bread, and Irish coffee for breakfast. To complete the picture of the Streets of San Francisco, we also took in a 49ers football match, a tailgate party and a Red Zone Rally, which was a complete novelty for us. 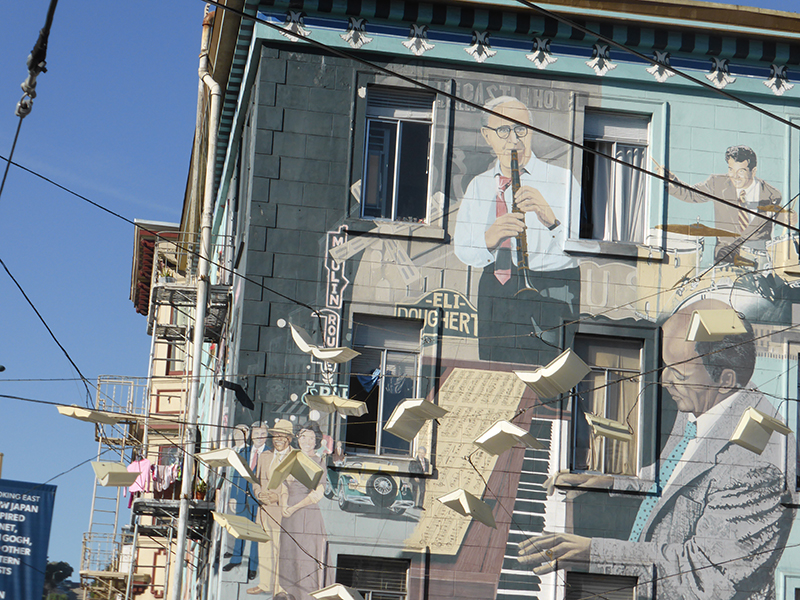 A Little About San Francisco

San Francisco is a very attractive Californian city, known for its fog, painted lady houses, steep streets to being a tech city. It is set on the expansive bay and water views are never far away. What I wasn’t expecting was that the buildings of the city, make it look a little like one of those 1000 piece jigsaw puzzles, where they have an Escher-like quality to them. 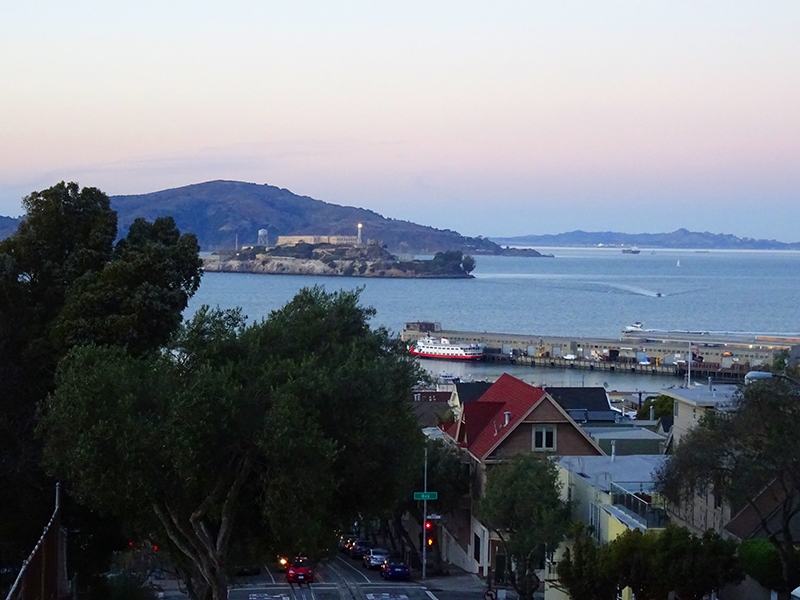 Looking over to Alcatraz, the former prison called “The Rock”. Gangster Al Capone once ‘lived’ here.

The buildings, when viewed up close and personal, are even better than what I was expecting. Called the painted ladies, these are some of the most iconic buildings in the world. I developed my obsession with fire escapes in San Fransico, and some of the photos will show why.
San Francisco is one of the cleanest cities that I have seen. It is immaculately maintained. Early one morning, before the cleaning fairies came through, we did see some evidence that people were partying. A few minutes later and, presto clean again. 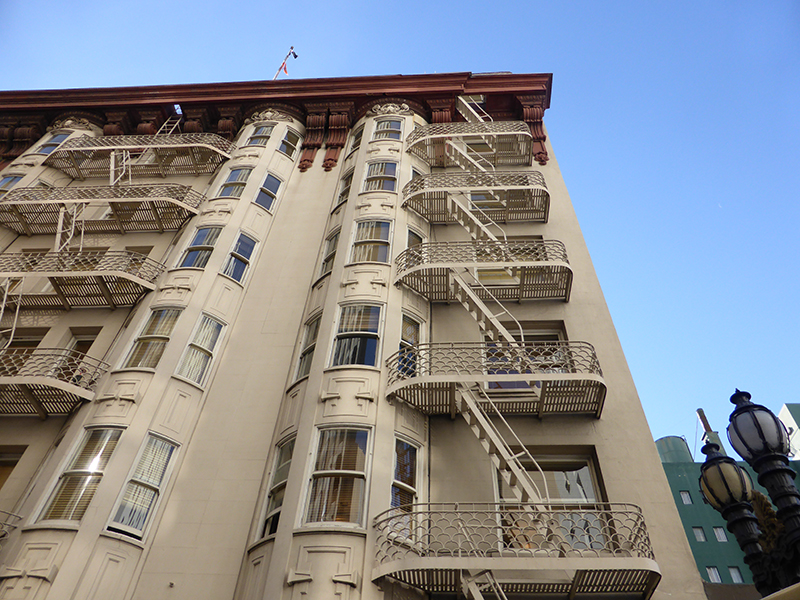 There a lot of external staircases in san Francisco. In fact, there are a huge amount of steps and stairs throughout the city.

San Francisco is also a city that is famous for its tech innovations, and start-up companies. If you see someone in a hoodie riding a skateboard, they could be a very significant internet person.

San Francisco is all a little Pleasantville ..perhaps.But maybe I am wrong. San Francisco is the home to Haight-Ashbury, the district where the hippie subculture and the “Summer of Love’ took place in 1967. It now has a kickass San Francisco LGBT Pride. 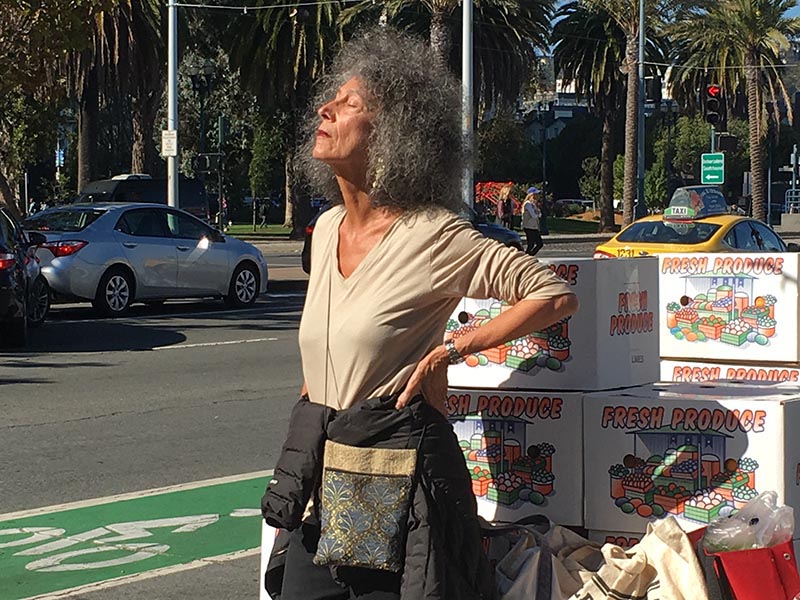 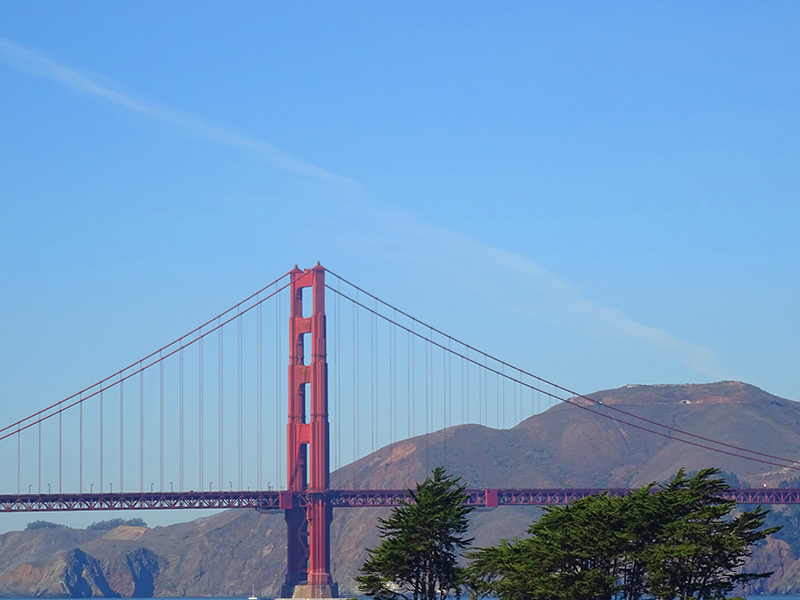 The Golden Gate Bridge is painted International Orange, which complements the bridge’s natural surroundings and also helps the structure stand out from the sea and skys.

Levi Stadium and the 49ers 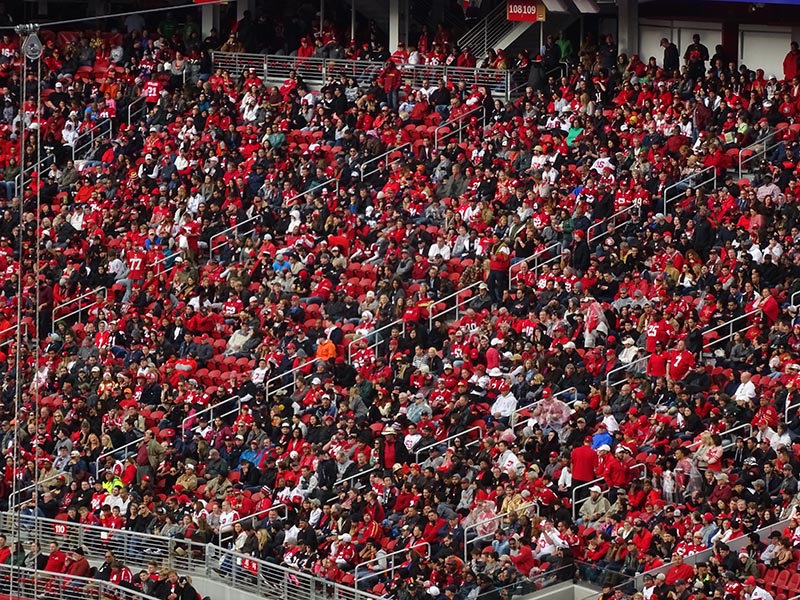 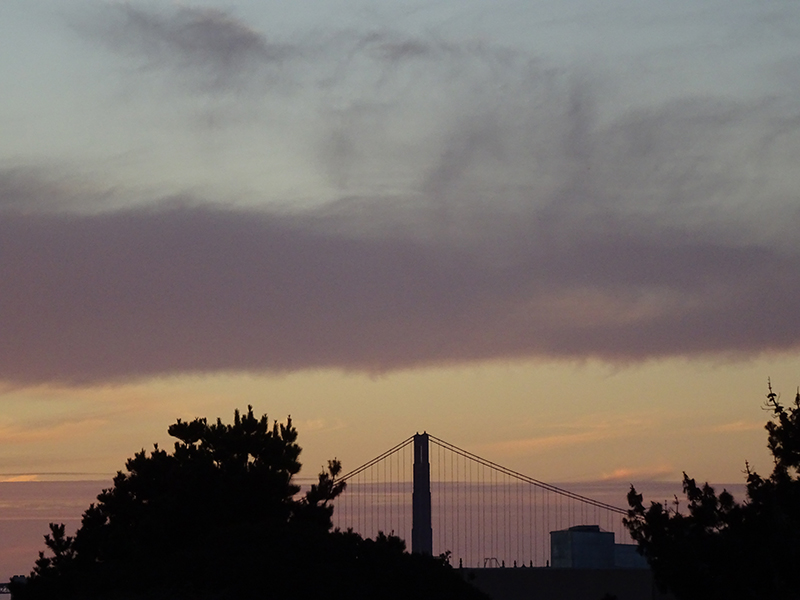 The length of the bridge from one side of the bay to the other is 1.7 miles, or nearly 3 kilometers 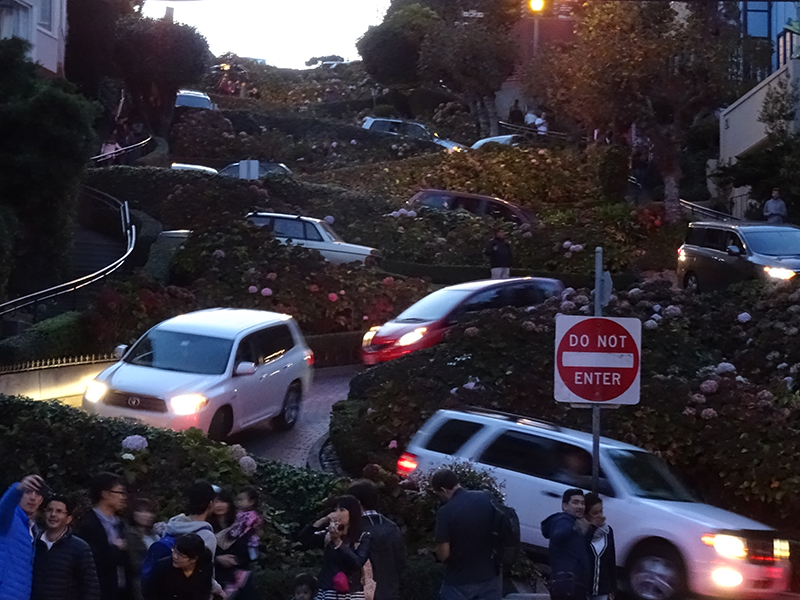 Lombard Street in San Francisco is one of America’s crookedest streets and found on many tours. It has 8 hairpin bends between Hyde and Jones streets. 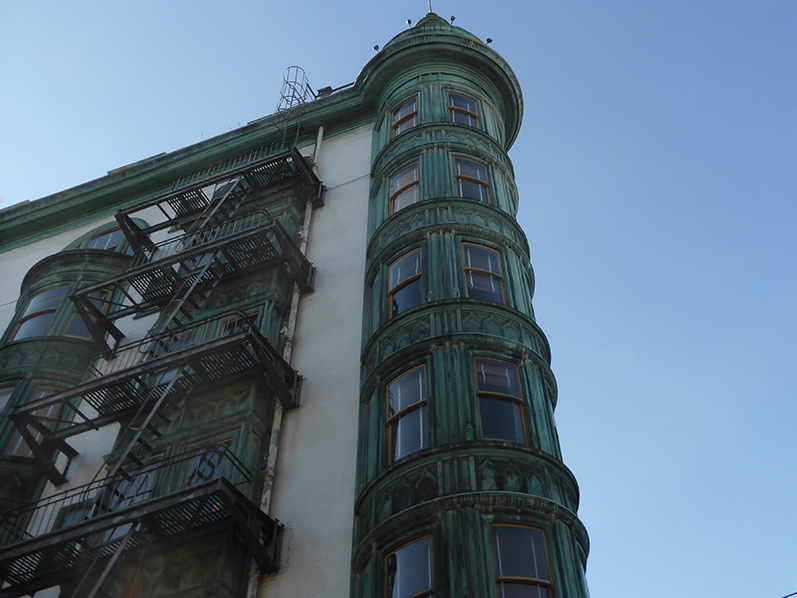 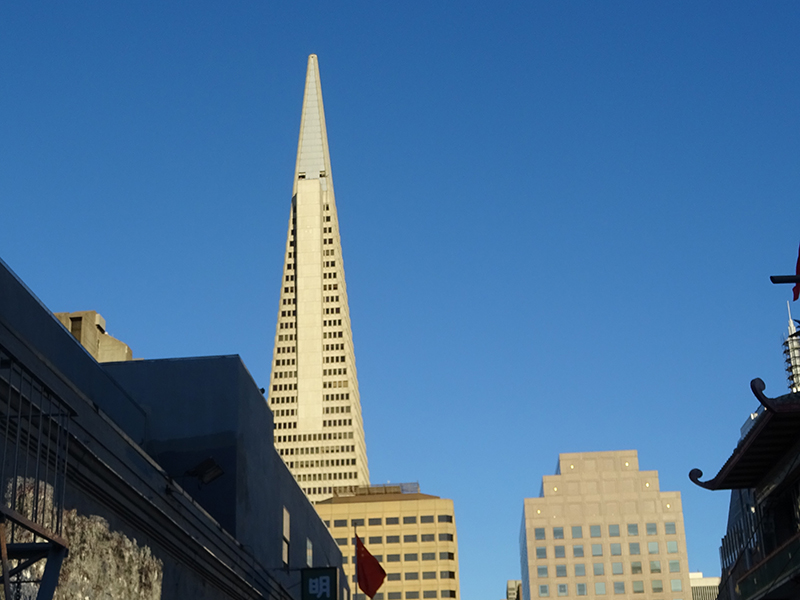 Transamerica Pyramid was not the most popular building San Francisco, with architect Alan Temko called it “the biggest architectural dunce cap in the world”

Old St. Mary’s on the Streets of San Francisco 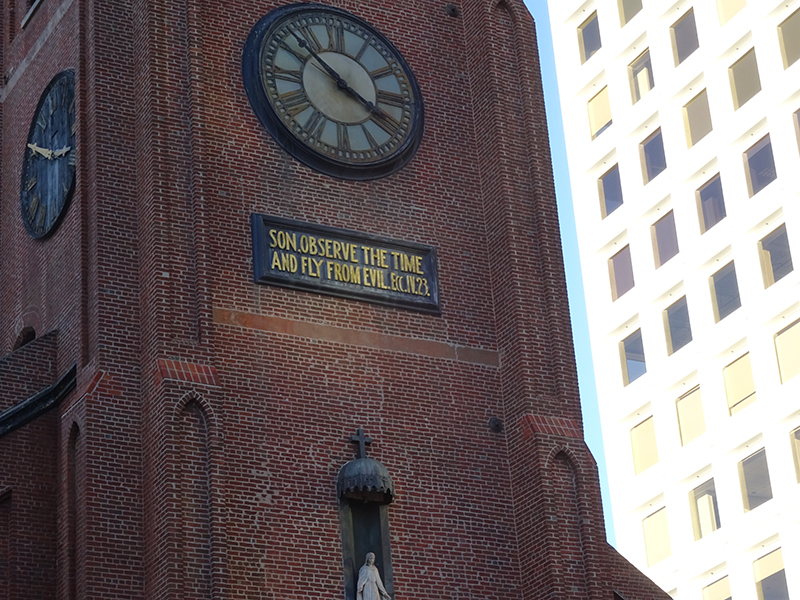 The purpose of Old St. Mary’s was to teach the Chinese community about the Catholic faith. 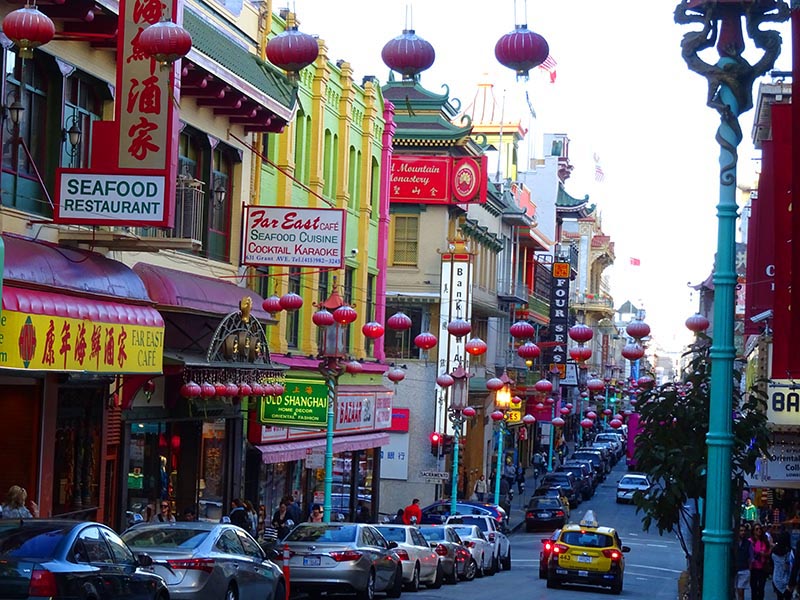 Said to be the largest chinatown outside of Asia 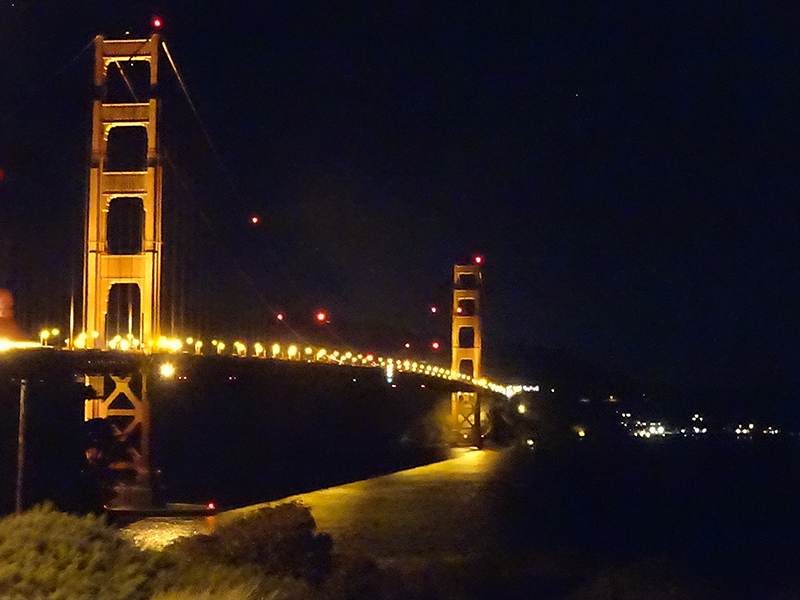 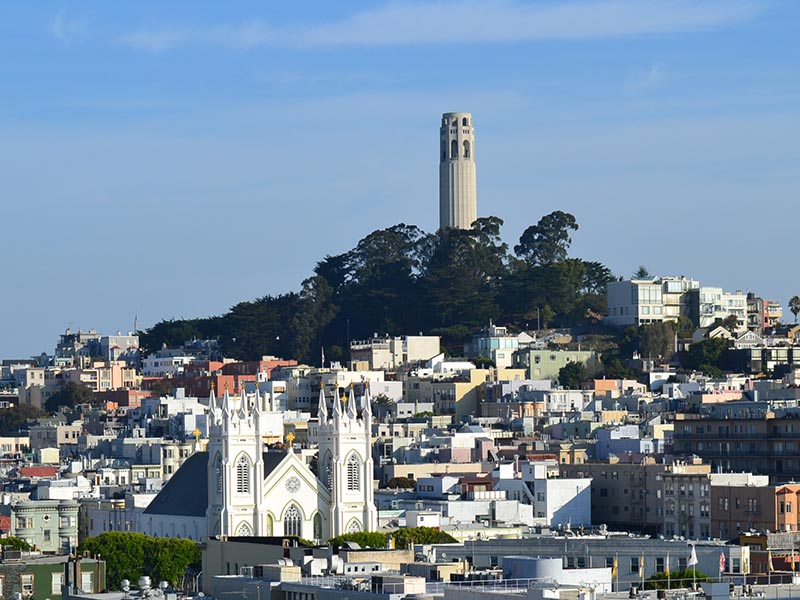 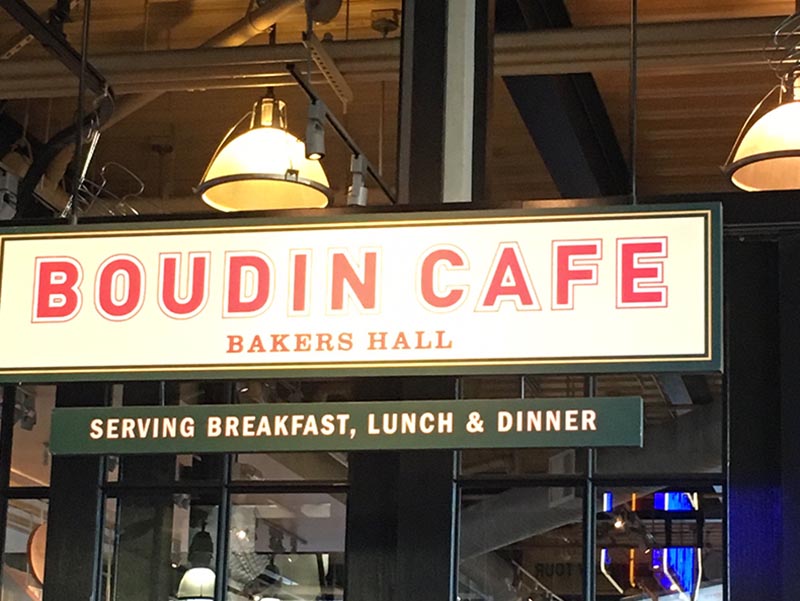 Sourdough bread is an institution in San Francisco dating back to the Gold Rush days. Boudin Cafe have been making sourdough since 1849 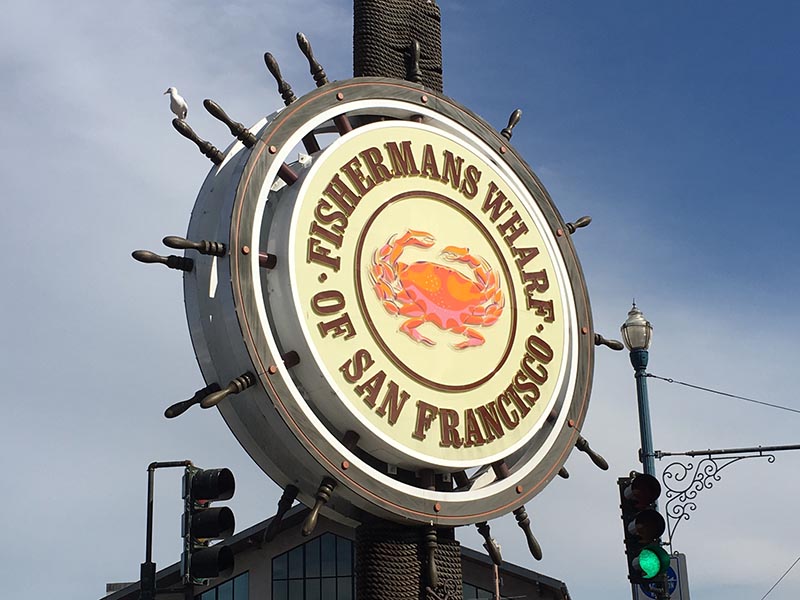 Iconic waterfront location, Fishermans Wharf is a fun place to take in the sites, on and off the bay 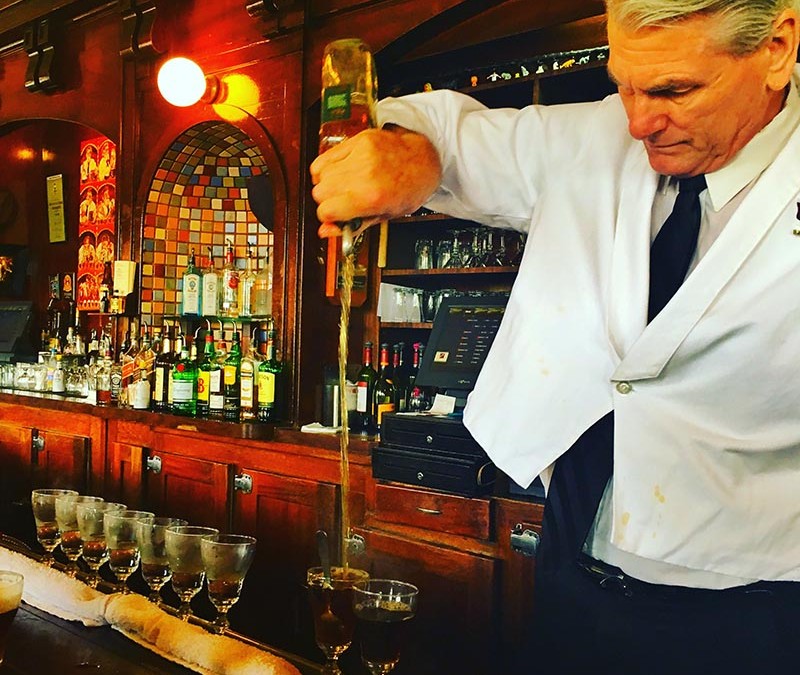 Having an Irish coffee for breakfast at the Buena Vista Cafe, is a rite of passage for many tourists

This is a snapshot of Exploring the Streets of San Francisco.