How far away is Australia and how big is our country? 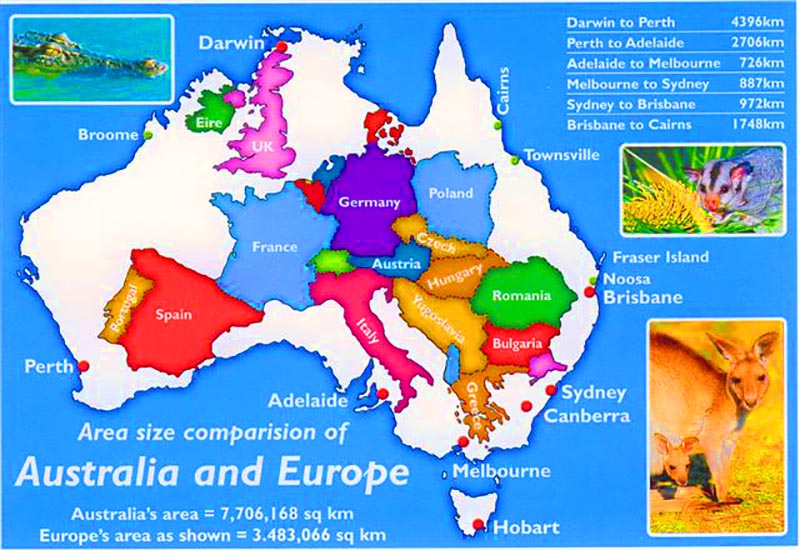 How far away is Australia, you might ask yourself and I can answer with some authority that it is a bloody long way away from many places.

The size of Australia and it remoteness still astounds us.

How Far Away is Australia

For us to fly from Sydney to London, it takes us 6 hours to get out of Australia ,flying over Darwin, the capital city of the Northern Territory of Australia, for a start, which shows just how big Australia is.

Then we flew to Dubai where you generally arrive at about 1am, and where the temperature is normally at least 37 degrees celsius, and you have a 2-hour stopover 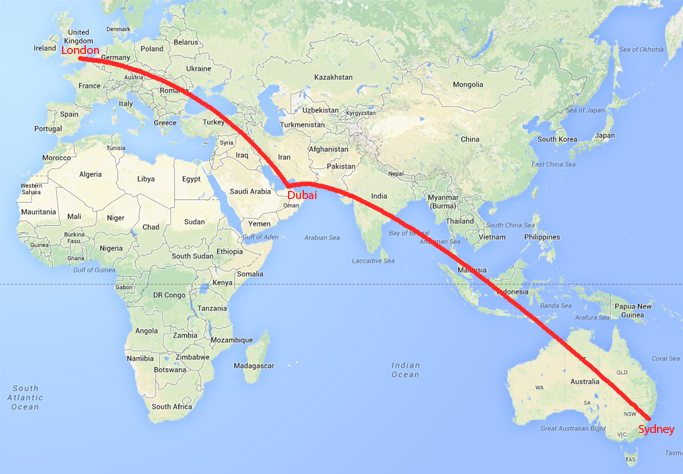 Then you fly from Dubai to London, arriving generally at 6am, which is an awful time to arrive anywhere

So total amount of time from door to door

= 28 hours, which equals the answer to the question how far away is Australia?

So when asking how far away is Australia from Europe for example, then the answer is a long way. On the other hand, getting to Bali is a quick flight from Sydney; 6 hours to Darwin and 2 hours to Bali, or if you live in Perth, then it is nearly a suburb at only a 3 hour flight.

Read Bali 10 Things to do in this Tropical Paradise

Is it Worth it?

Well yes. Even when you arrive early, which is always a dilemma it is worth the long haul flight, just as it is for people to come to Australia.

So yes, how far away is Australia will remain a vexing paradox but one that will not deter us from travelling

What to Wear when Visiting a Muslim Country