Illumination of the Falls Niagara, ON 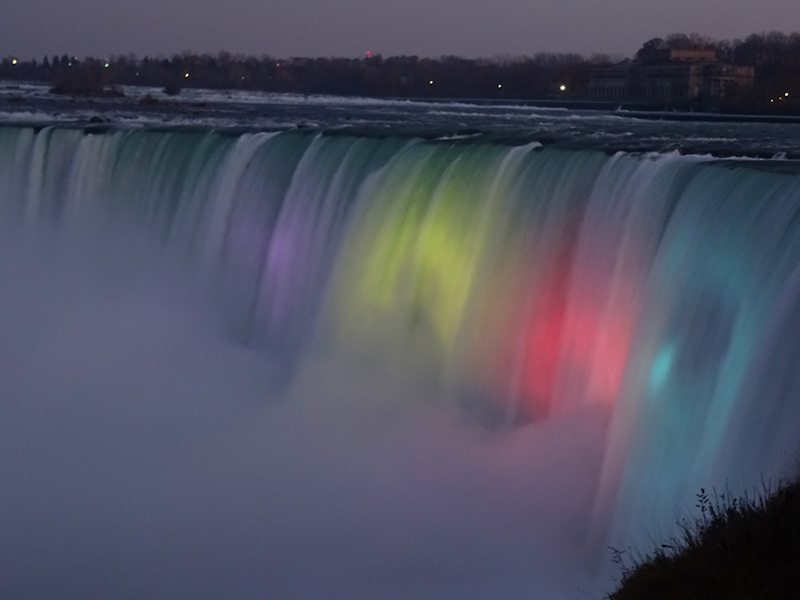 History of the Illumination

In 1860, a spectacular illumination of the Falls celebrated a visit by the Prince of Wales. About 200 coloured and white calcium, volcanic and torpedo lights were placed along the banks above and below the American Falls, on the road down the bank of the Canadian side of the gorge and behind the water of the Horseshoe Falls. The lights were called Bengal lights and were the kind used at sea to signal for help or give warning.

Illumination of the Falls using electricity first occurred in January 1879, during a visit by the Marquis of Lorne, Governor-General of Canada and his wife, Princess Louise. The lights had an illumination power of 32,000 candles, just a fraction of the intensity used today.

In May 1892, Frank LeBlond, one of the owners of the Maid of the Mist, purchased a 4,000 candlepower light and placed it on the Canadian dock of the Maid of the Mist to light the American Falls. He placed gelatin plates in front of the lights to provide a variety of colours. Then in 1895, Captain John Brinker built the Great Gorge Railroad and announced that it would provide night excursions three times weekly during the summer season, complete with lights to illuminate the Whirlpool.

In 1907, W. D’Arcy Ryan of the General Electric Company designed lighting that provided far more power than ever before. Thirty-six projectors illuminated the Falls with a combined candlepower of 1,115,000,000. The display ran for several weeks.

In 1997 and 1998, new fixtures replaced the outdated lamps and fixtures at the Illumination Tower, doubling the intensity of the lights on the Falls without doubling the hydro bills. Currently a total of twenty-one xenon lights, each with a 76-cm (30 in) diameter, are used to illuminate the Falls in a rainbow of colours. 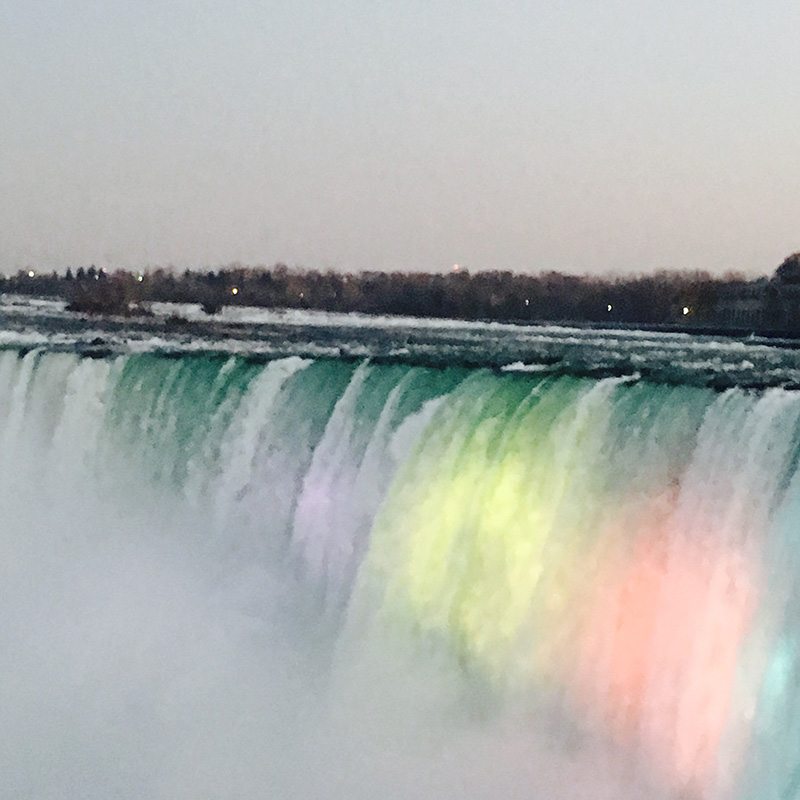 The Illumination of the Lights has Closed Down

The Illumination of the Lights has occurred every night throughout all seasons since June 8th, 1925 with the exception of several periods. The first was at times during World Wars I and II.  In January, 1938  a major ice dam shut down the Ontario Power Company Generating Station at the base of the gorge. It also happened over a few nights  during the  NorthEast blackout of 2003 Other than that it has run every night since 1925.

And Sometimes the Falls Freeze over 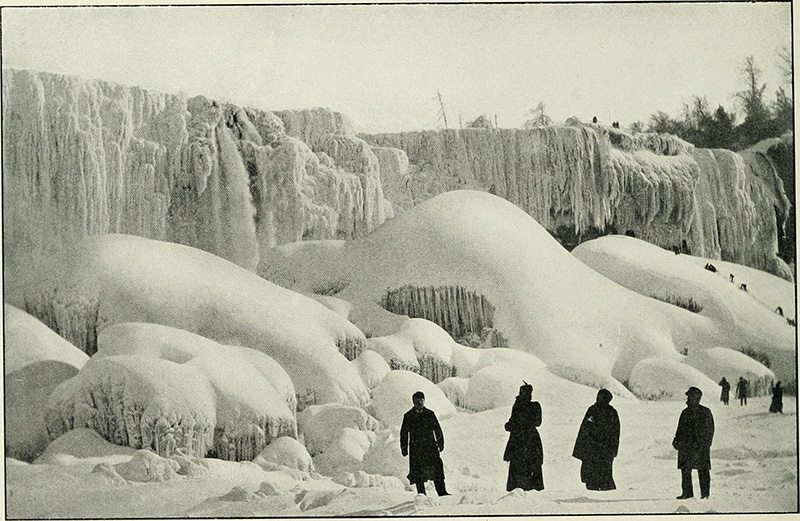 The Different Colors Mean something

We are here on the days when the falls are coloured differently. These are to represent either Registered charities or not for profit organization. This is sponsored by both Niagara Parks and The Niagara Falls Illumination Board.

Our first name is for the very important occasion to mark Remembrance Day in Canada and Veterans Day in the USA. The falls are ablaze with red colours.
The second day the falls were purple in support of Pancreatic Cancer Action Network, and then they stay purple for the Starlight Childrens Foundation.

The Schedule for the Falls Illumination

With thanks to Niagara Parks for the historical information and for sharing the Illumination of the Falls Niagara with us.