It’s All about Me at The Oberoi Bali 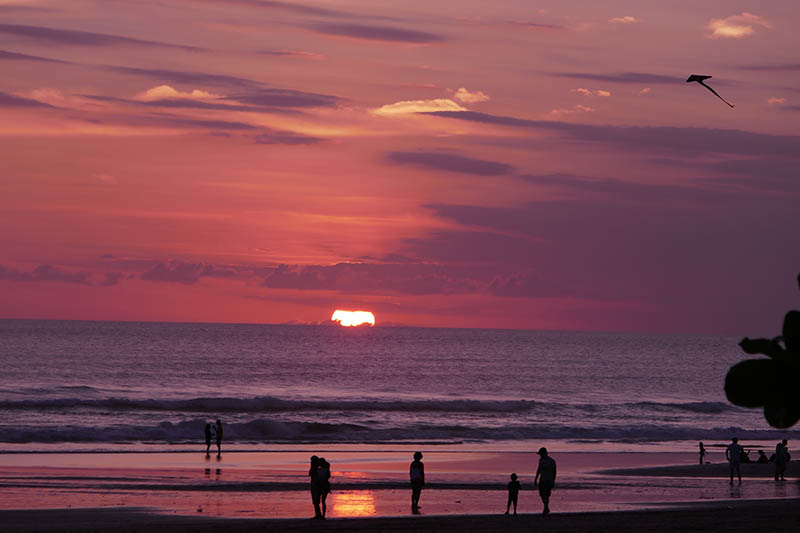 Mr. Oberoi says very clearly that it is all about ME at The Oberoi Bali …and it is. This award winning luxury hotel prides itself on making me the center of attention. They pride themselves on making all of the guests feel it is all about them. Do I, or any or the guests here have an issue with that? Well no, not at all. 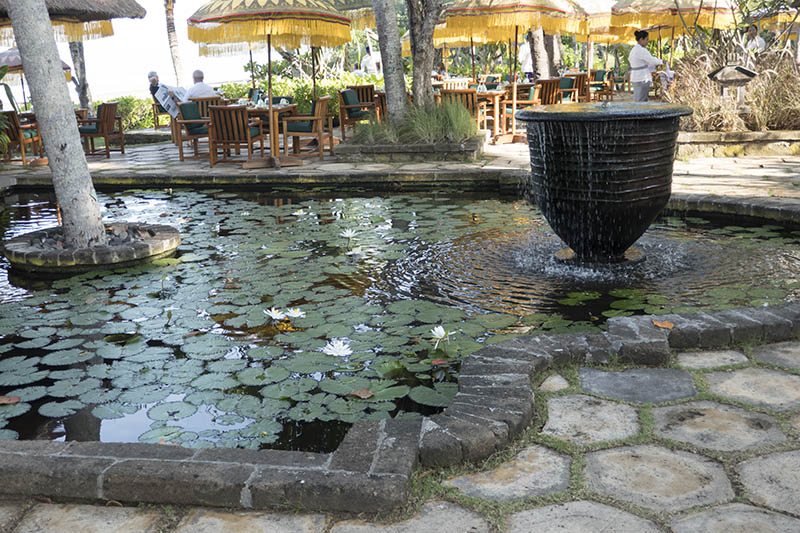 About Seminyak of The Oberoi Bali

The Oberoi Bali is in northern Seminyak, which is a sophisticated and fashionable area. Seminyak is the go-to place for many people wanting something a little different to the frenetic pace of Kuta, which I still like – as it is what it is. It is also distinct from the oh-so-delightful mountain and artisans village of Ubud, and the surfing culture of Canggu.

The Location of The Oberoi Bali

The hotel has absolute beach frontage and is one of the holiest Hindu beaches in Bali, the land of the gods. We see a Balinese funeral while we were there, and while we Westerners may see this as a little morbid, the Balinese faith sees this as a new start.

The resort is situated on fifteen acres or 7 hectares (don’t judge my Maths here) of breathtaking tropical gardens.

It is also an easy stroll to reach the beaches at the southern end of Seminyak, where you can lay back in a bean bag, dip your toes in the volcanic sand, drink a Bintang beer, and listen to the music. 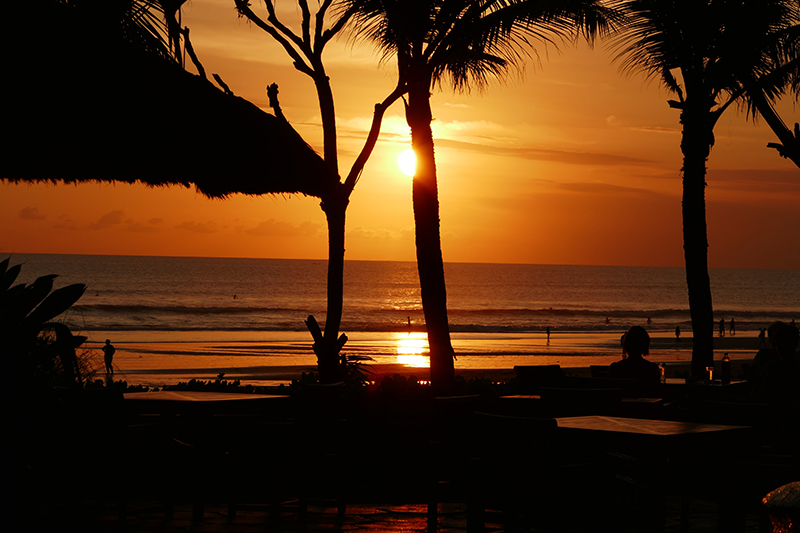 The History of The Oberoi Bali

The History of The Oberoi Bali is quite fascinating. It harks back to the very start of mass tourism in the area, when surfers, as per usual, discovered that Bali had a lot to offer. While they stayed in makeshift huts on the beach to catch the best waves, the well-heeled needed somewhere a little more lux to stay. This was when Tandjung Sari, the first boutique tropical hotel became the place to be in the 1970s.

One of my favorite artists and a fellow Australian Donald Friend was one such perennial guest. He and his architect friend Peter Muller decided to build a luxury property based on the Balinese compound, but the dream was never quite realized. Another person tried again with the help of Peter Muller, buying this current piece of land in Seminyak, in an attempt to establish a boy’s private club in effect. They called this Kayu Aya. However, the Balinese people who had been displaced from their land for this hotel were soon aggrieved enough to take it over by force.

It was then that Mr. Oberoi stepped in and called Peter Muller back to create The Oberoi, Bali. This time, the local people were employed in the hotel, and this remains so today. There is a vested interest by everyone in my well being at this luxurious hotel. 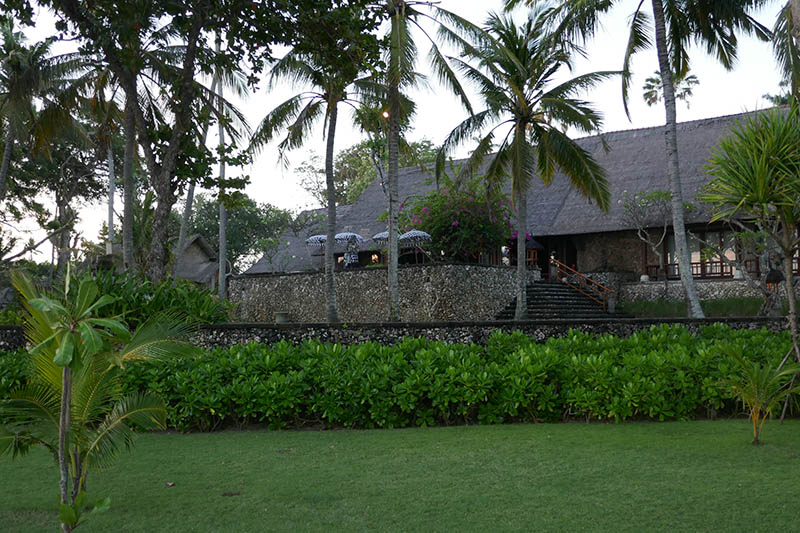 Famous and Normal People go to The Oberoi Bali

To say that we were excited to stay at the legendary, The Oberoi, Bali would be an understatement. We arrived and felt as if we were the VIP’s who frequent this luxury and historic property in Seminyak, Bali. Just to name drop, Princess Grace and Salvador Dali owned villas here, and Mick Jagger has also been a guest. Of course, the staff wouldn’t say if anyone famous was staying there because it is about discretion. It is also worth noting that The Oberoi is not just for couples, it is a family friendly hotel. The Balinese love children.

Ok, we all know that Gordon and I are not famous people but not all of the guests are either, but we all feel as if we are very special with the service we receive. We hear a lot of different accents around the resort, as this place is special to the people from all around the world, many many of them are return guests, who consider themselves to be a part of the Oberoi family. 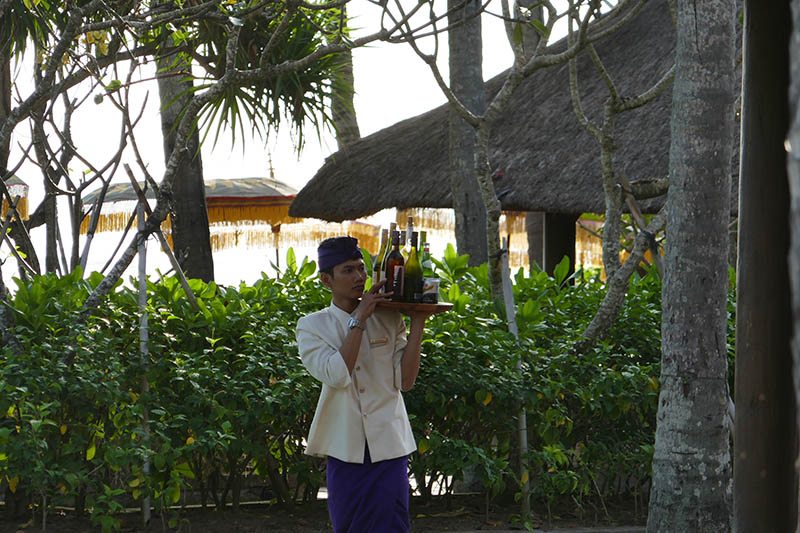 The Devil is in the Detail at The Oberoi, Bali

When we arrived, we were escorted in the nicest possible way through the immaculate grounds, past the oh-so-tempting pool and bar, all the while admiring the beach that lines this property. Frangipanis and bougainvilleas put on an amazing show, and yellow and purple umbrellas fluttered in the breeze. We did feel like royalty with these colors. 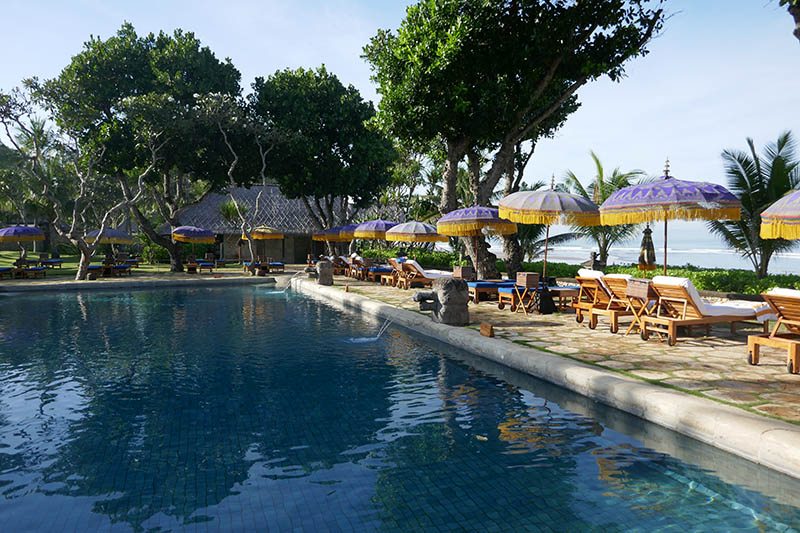 The attention to my needs is second to none. Ok, all of the guests are being feted with attention, but it is all about me at The Oberoi.

How We were pampered at The Oberoi Bali

It is the little things like the cables to our multiple appliances being tied together with cable ties in our room, and the t-shirt that Gordon left on the floor being folded so immaculately that it shames him, and by default me.

It is bringing me an ice cream by the pool because I might just need an ice cream as I lazily watch the waves roll in on the beach, or after I have a quick swim in the pool. It is bringing me a skewer of tropical fruits because I might just need that tropical blast to remind me that I am at The Oberoi, Bali in Seminyak and that they like me a lot.

It is enjoying the breakfast and the al fresco lunch at the Frangipani Café, as we were served fresh and delicious food by the smiling staff. 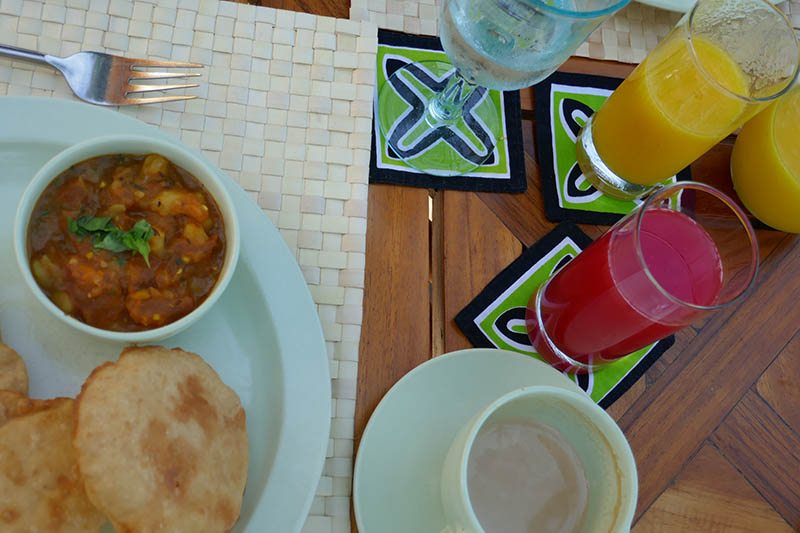 It is the complimentary afternoon teas at The Amphitheatre at The Oberoi Bali while watching different artisan classes like the egg painting, and listening to Balinese traditional music

It is watching the epic Balinese sunsets while sipping on the cocktails from the Kayu Bar. As Paulo Coehlo says, “Don’t forget: beautiful sunsets need cloudy skies…”

It is the romantic candlelit dinners at Kura Kura Restaurant, as the Indian Ocean laps away behind our thatched bale and the lotus pond.

It is about not going to the great gym with a beautiful view of the landscaped gardens; frankly, we are too lazy being pampered. But we could if we wanted to and had some more time, and we would have had to if we stayed a little longer.

It is about being pampered at the Spa, with their open-air pavilions, and views across tropical gardens. 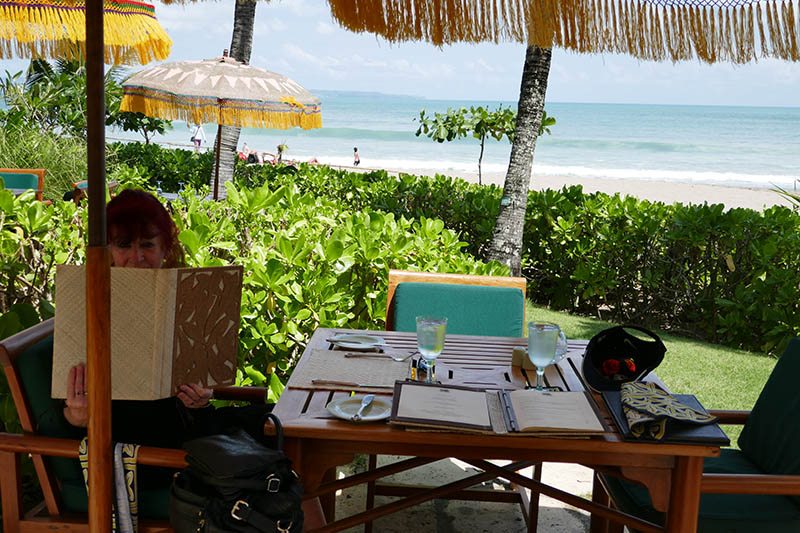 Mr. Oberoi himself knows what service means, and how to look after people. He started life as a shoe shine boy in India, and through sheer hard work is now the Chairman of Oberoi Hotels & Resorts. It is the second consecutive year that Oberoi Hotels & Resorts have been voted the World’s Best Hotel Brand by Travel + Leisure. 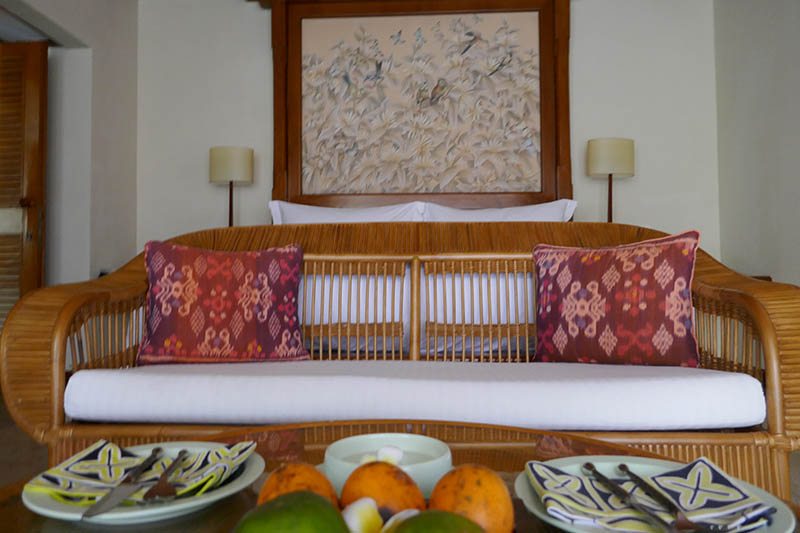 So yes, he has set a standard that all of The Oberoi Bali employees are happy to emulate. His motto is that ‘the devil is in the detail’.

Would we return to The Oberoi Bali? Well yes, we would because it is all about me, and Mr. Oberoi and the staff like to please me. In fact, we will also go to The Oberoi Lombok because they will like me there too, I am sure.

Apparently, Gordon was of the opinion that it was all about him at The Oberoi Bali. Figure. 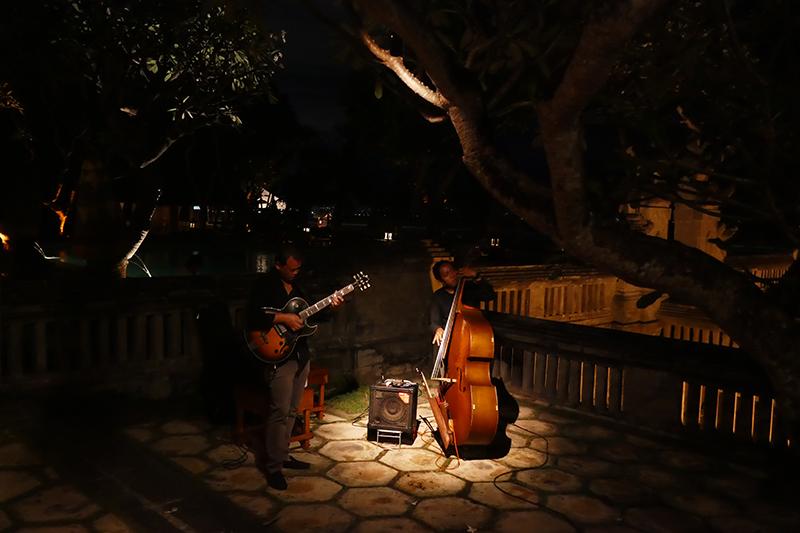 Flying to The Oberoi Bali from Australia

Getting to The Oberoi Bali from Ngurah Rai International Airport, Denpasar, Bali

It is cheaper to get a Blue Bird Taxi outside of the airport than to use the authorized taxi service in the airport terminal. It will cost you between 130,000 rupiah, which is about $13AU. Don’t pay any more than 150,000 ($15AU), despite the taxi drivers telling you about the traffic, which they are correct about. While it is only 13kms away, it will take you about45 minutes to get there …because the traffic is that bad, particularly on some nights like Saturday. But, give them a tip, because I like the Balinese people and you will too. 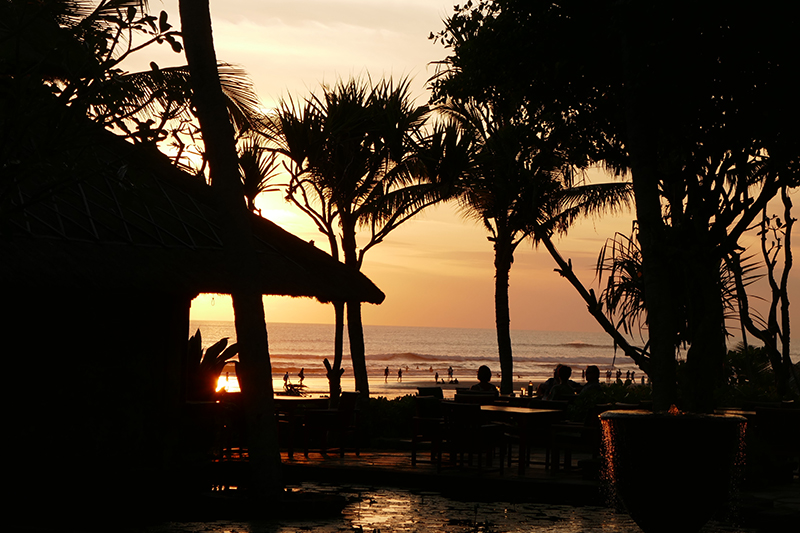