L is for Liechtenstein Legends 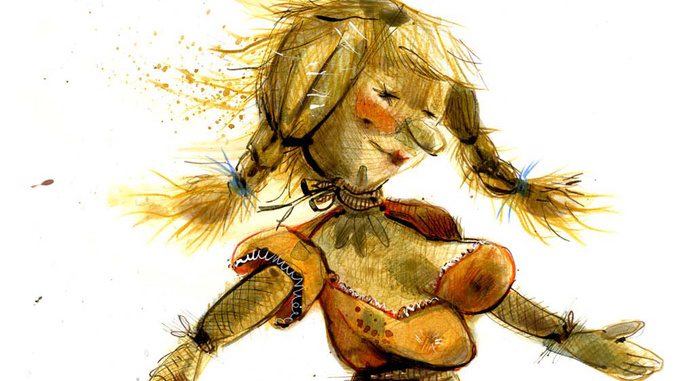 People often ask what Liechtenstein is well known for, and the answer is simple Liechtenstein Legends. Have a read of some of their legends and you will understand.

This type of legend is widespread throughout the Alpine region. In Switzerland it is known as ‘Sennentuntschi‘.

Up in Guschg, an Alpine meadow in the Valorschtal Valley near Schaan, a group of herdsmen and shepherds spent what little spare time they had making a life-size doll out of rags. They would speak to her, eat with her and do many other things. On occasions they would even beat her.

As autumn arrived and the time came to bring the cows down from the meadow, the doll sat up one evening during dinner and began to speak. The herdsmen and farmers were so scared that they could hardly say a word. “All of you but one may leave the meadow to bring the animals down into the valley,” she said. “But one must stay with me.” Then she pointed to the herdsman she had chosen, and stay he did. As the remaining herdsmen and shepherds were driving the livestock down into the Valorschtal Valley, they turned and looked back up towards the meadow. There they saw the herdsman’s skin stretched out across the roof of their mountain hut, with the doll sitting nearby, laughing.

‘The White Horse of Lochgass’

The “Schimmelgasse” (“White Horse Road”) in Vaduz is named after the famous Liechtenstein fable “Der Lochgass-Schimmel” (“The White Horse of Lochgass”).

Indeed, the road in Vaduz which is now named “Schimmelgasse” used to be called “Lochgasse” and extended all the way up to Schlossstrasse. The name “Schimmelgasse” comes from the legend of the same name which tells the story of a mean farmer who used to live in that very same road. This farmer had no respect for other people’s property and stole everything he could get his hands on, including horses.

Once he even went out on Christmas Eve and, lo and behold, saw a white saddled horse tied up next to a church on the other side of the Rhine. He immediately jumped on the horse and started riding it back towards the Lochgasse. But the horse started galloping so fast towards Vaduz that he became scared. When the horse reached the Lochgasse, the farmer thought he had finally arrived. But the horse stopped suddenly, catapulting the farmer forward onto the ground and breaking his neck. As he lay dying, the farmer saw the horse turn into the devil himself. From that day on he was condemned to a life trotting up and down the Lochgasse as a white horse. It wasn’t until a cross was erected in the Lochgasse that his nightmare came to an end. 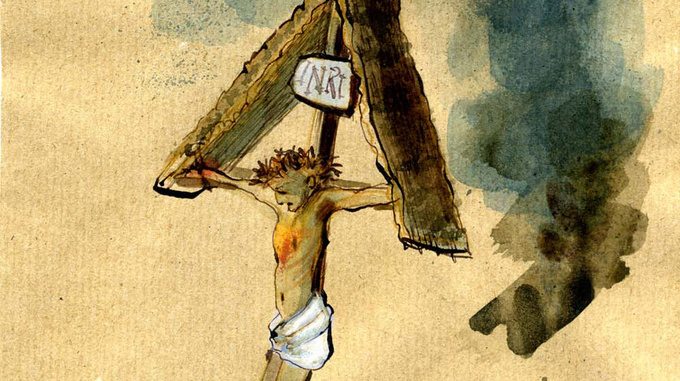 “Santamerta” is the name used by locals to refer to the chapel of St. Mamerta in Triesen.

One evening a young man was praying in the small chapel of St. Mamerta. A ghost appeared to him and said, “You can become rich if you return here at midnight with two friends. A trunk of gold will appear, but it will be guarded by a hound. It is this hound that you must overcome.”

The next day the man returned to the chapel with his friends and, sure enough, on the stroke of midnight a trunk full of gold appeared, with a hound sitting on it. Two of the friends tried to force the hound off the trunk, but the third friend was afraid and did not help them. Suddenly, there was a terrible scream and the trunk full of gold was gone. The ghost appeared immediately and complained that he would now have to wait another 1000 years, before disappearing. The three friends were not able to leave the chapel and had to remain there until sacristan arrived in the morning to ring the bell for the Angelus prayer

Barbara Erni (1743 –1785) was a Liechtenstein woman known for stealing from inns throughout western Europe using a confidence trick. Known in Liechtenstein legend as Golden Boos, Erni was the last person to be executed by Liechtenstein.

In the village of Eschen there lived a stout woman, who always carried a large wooden chest on her back. Hidden in this chest was a small man. Whenever the woman entered an inn, she would ask for the chest to be placed in a room. There, the man would climb out of the chest and steal everything of value. 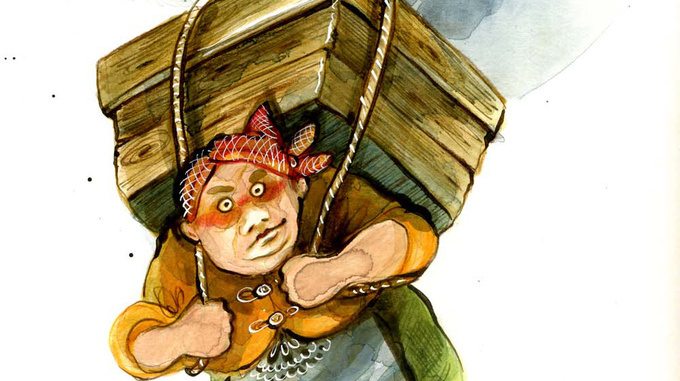 On the Feast of the Assumption (15 August), three sisters went up to Gafadura above the village of Planken to pick berries. As they walked along the path they heard the sounds of the church bells announcing the holy feast and calling worshippers to church. One of the sisters suggested they should also go to church, but the other two replied that the baskets had to be full of berries before they returned to the village.

Towards the end of the afternoon the baskets were full and the three sisters headed back home. On their way they met a beautiful woman who asked them for some berries. The sisters were reluctant to give her any and replied that people who want berries should pick them themselves. All of a sudden, a halo appeared around the head of the woman and she spoke to them, “You have dishonoured my holy day and refused my request. Your hearts are of stone. Therefore, as punishment, you shall be turned to stone and remain here forever.” Upon saying that, the sisters were transformed into huge rocks, which from that day on became known as the Three Sisters.

So now you know the legends

So rather than answering false teeth when asked what you know about Liechtenstein and they are the world’s biggest provider of them, or that Snoop Dogg attempted to rent the entire country for a music clip,  you can now share the legends of Liechtenstein.