A life lived in fear is a life half lived. 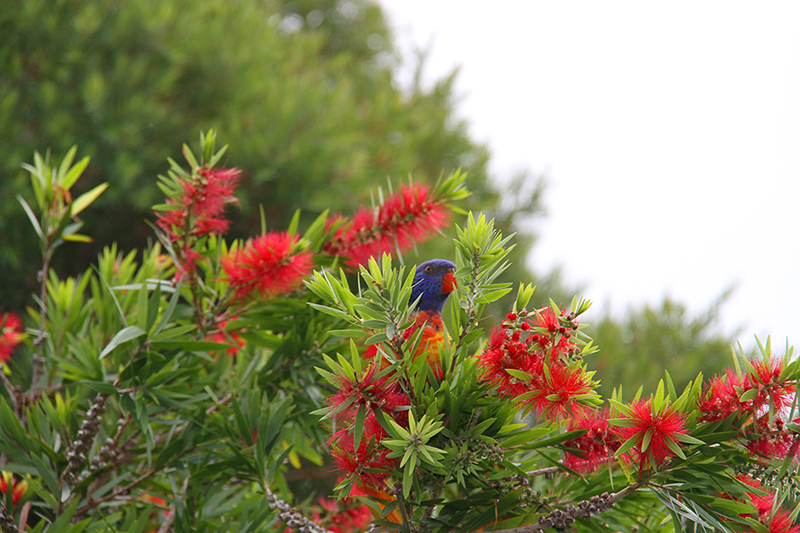 I was talking to an older man the other day, and he was telling me what a worrying world we live in, and he is correct. He expressed his concerns about us traveling so much in what he considered to be a dangerous world. He then told me about his experiences in the 2nd World War, and I thought ..bloody hell ..lucky social media wasn’t around then, or no one would have gone anywhere.

The point of this article is twofold. We do live in an age where information is immediately available to us, and that is new, and that can be frightening. The second point is that A life lived in fear is a life half lived, so we should practice Nolite te bastardes carborundorum, which I will explain later.

I first heard the expression, ‘A life lived in fear is a life half lived,’ in the Baz Luhrmann film, Strictly Ballroom. Some say it is an old Spanish proverb, Vivir con miedo es como vivir a medias, and that would make sense.

To say that one line from one movie has had such a profound affect on me, would be an understatement. It doesn’t mean that I don’t get fearful now and again, but it does say that I try not to let it threaten my decisions.
The actual context of the quote was when Fran a newcomer to the bitchy world of ballroom dancing, hooks up with the golden-haired boy of dance, Scott. He wants to stand up against the regulated rules of the dance world but falters…he lives his life in fear.

Fran pounds him with:

“You’re just like the rest of them!
You think you’re different, but you’re not, because you’re just, you’re just really scared!
You’re really scared to give someone new a go, because you think, you know, they might just be better than you are!
Well, you’re just pathetic, and you’re gutless.
You’re a gutless wonder!
Vivir con miedo, es como vivir a medias!

And hence my favorite life and travel quote is A life lived in fear is a life half lived.

Pew Research Center asked Americans to react to various potential international threats to the U.S., and their number-one fear was ISIS. We get that.

No 2, was a country-on-country cyber war, and we get that too. These are both related as we would not know so much about ISIS if it were not for the immediacy of the internet and social media.

Global research note that people are four times more likely to be struck by lightning than killed by a terrorist, if that is of any comfort and in a study by Mueller and Stewart the annual risk of being killed in a terrorist attack is one in 3.5 million.

That hasn’t helped Paris where tourism has plummeted, and Nice is facing a similar problem, after the Bastille Day atrocity. But who would know where this would take place. I know that there are atrocities occuring all over the world, but the reality is that places like Paris are very high on people’s wish lists.

The Immediacy of News and Events

There is no doubt that we get to know about so many issues like terrorism and shootings, much more quickly than we did in the past, and people are scared. They are scared to travel because they live in fear that the next bomb or massacre could be where they are headed. You can thank and blame the internet for bringing the world a lot closer, and giving us the immediacy of this information. Don’t for one-second think that all of these atrocities are new phenomena, and that is why my talk with the World War 2 veteran resonated.

Is there more terrorism now?

The word terrorism comes from the Reign of Terror instigated by Maximilien Robespierre in 1793. He guillotined entire families of aristocrats and ordinary people. He even guillotined his closest friends. Most were killed without trials.

But acts of terrorism and atrocity existed well before the French Revolution.

The Punic Wars for example

The Punic wars occurred when Rome and Carthage (modern day Tunisia) battled it out over three epic wars, which saw many an atrocity committed by both sides. This conflict occurred all over the Mediterranean, and continued for over a century, from 264 BC to 146 BC.

The Romans won, and razed (burnt it to oblivion) the city and then plowed the ground with salt to make sure that nothing would ever grow there again. Now that didn’t hit the Twitter feeds, or Facebook posts, or the evening news. It took quite a while for the scribes to get the events, as they saw it, written and distributed to the general public.

The Sicarii, perhaps a splinter group of the Zealots of Judaism, carried out an underground campaign to assassinate any Roman occupation forces, as well as any Jews they felt, had collaborated with the Romans. This was in 40 BC and lasted many many years. Historians see them as the first terrorists before the term was even coined in the French Revolution.

Their motive ..and there may be an eerie feeling here .. was that they could not remain true to their faith while living as Roman subjects. According to Josephus, who chronicled the events, the Siege of Masada led to the mass suicide of these Sicarii rebels. It took a long time for Josephus’ Chronicles to hit the bookshops. The atrocities that occurred from all countries in World War 1 and 2, the Vietnam and Korean wars, and more, took a while for journalists to write, be influenced by whoever owned the magazine, and put out for public consumption.

It would be easy to recount that the world has always had a chequered history – Ivan the Terrible, Adolf Hitler, Pol Pot and even explorers, discoverers, and missionaries who have exploited civilizations in the name of profit and religion.

Ok, so the world has always been a shit hole if you follow my logic, but the point I want to make is that what we are experiencing at the moment, is not new. It is just immediate to our attention because of the internet and social media. What is happening and has happened is wrong; it has always been wrong, but if you let fear control your life, then your life will be pretty ordinary at best.

How to Travel When you Have a Fear of Heights