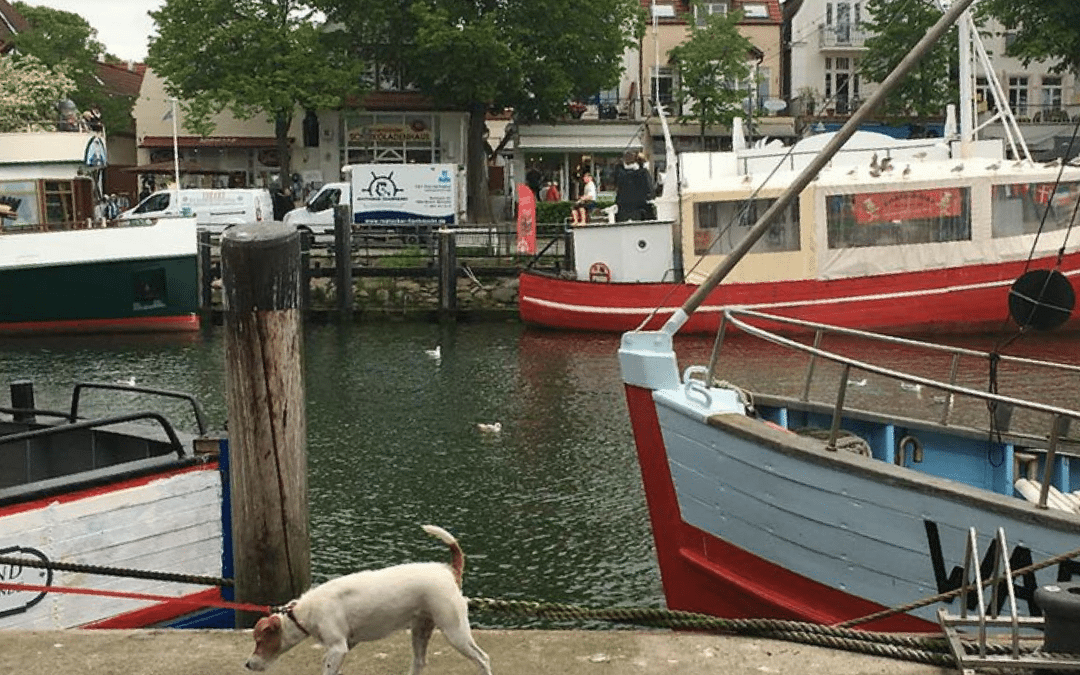 We had never heard of Warnemunde in Germany and were only visiting because our cruise ship was stopping there. The reality on cruises is that you generally only get one day in a place, and therefore places get one quick chance to impress you … or not. We have had a lot more hits than misses on this long cruise, extended because we had the opportunity to visit both Norway and Russia. We have discovered many places that proved to be better than expected and visiting Warnemunde in Germany was one of these. The more popular Rostock is a 20-minute train ride away. However, it didn’t impress us as much as Warnemunde. It is all subjective. 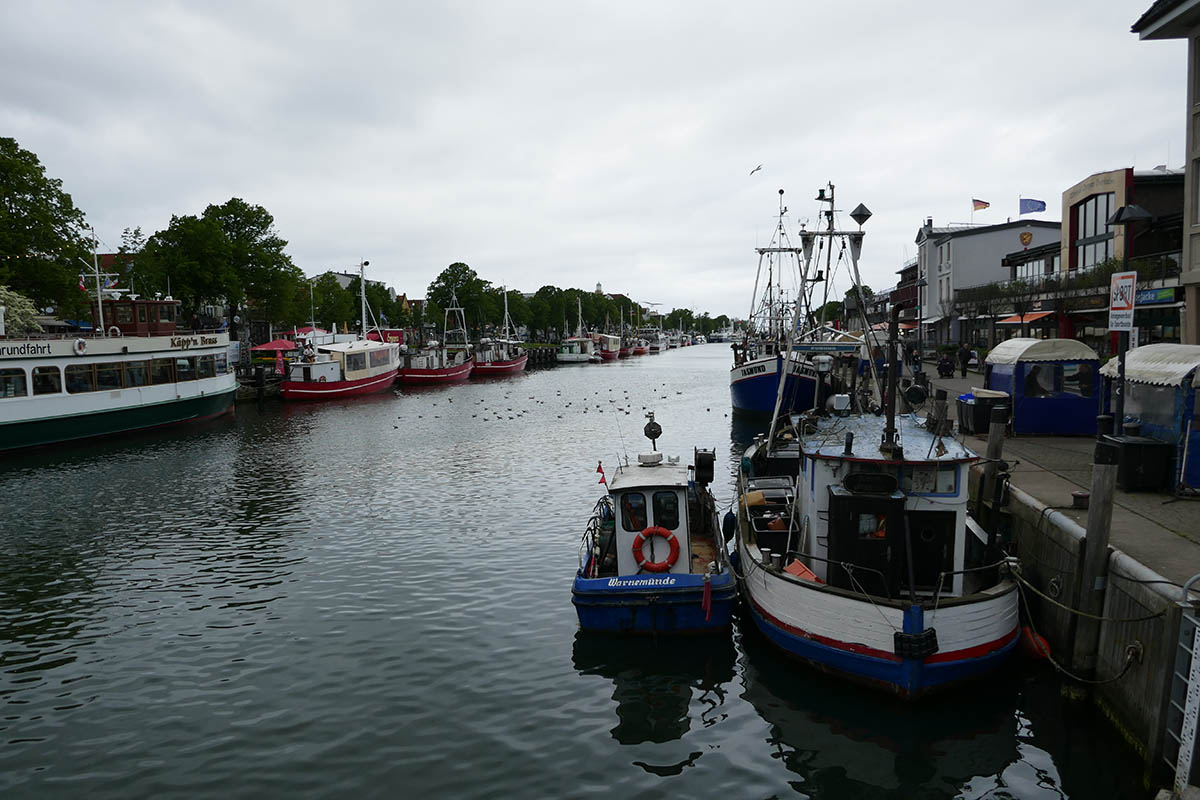 Many people from the cruise ship will make the 2-3 hour trip to Berlin by train, but we want to spend some time in this city, so we didn’t want our first experience of Berlin to be a rush job. Listening to the passengers who did go to Berlin, we certainly made the right decision.

Where is Warnemunde or Warnemünde in Germany?

Warnemunde in Germany is located on the Baltic Sea, and the day we arrived was probably the coldest and windiest day we have had. It meant that we looked out the cabin window at the working port, the factory blowing out smoke, yet a quite picturesque looking town across the river, and had to make a considered decision whether we would bother. I am glad we did. 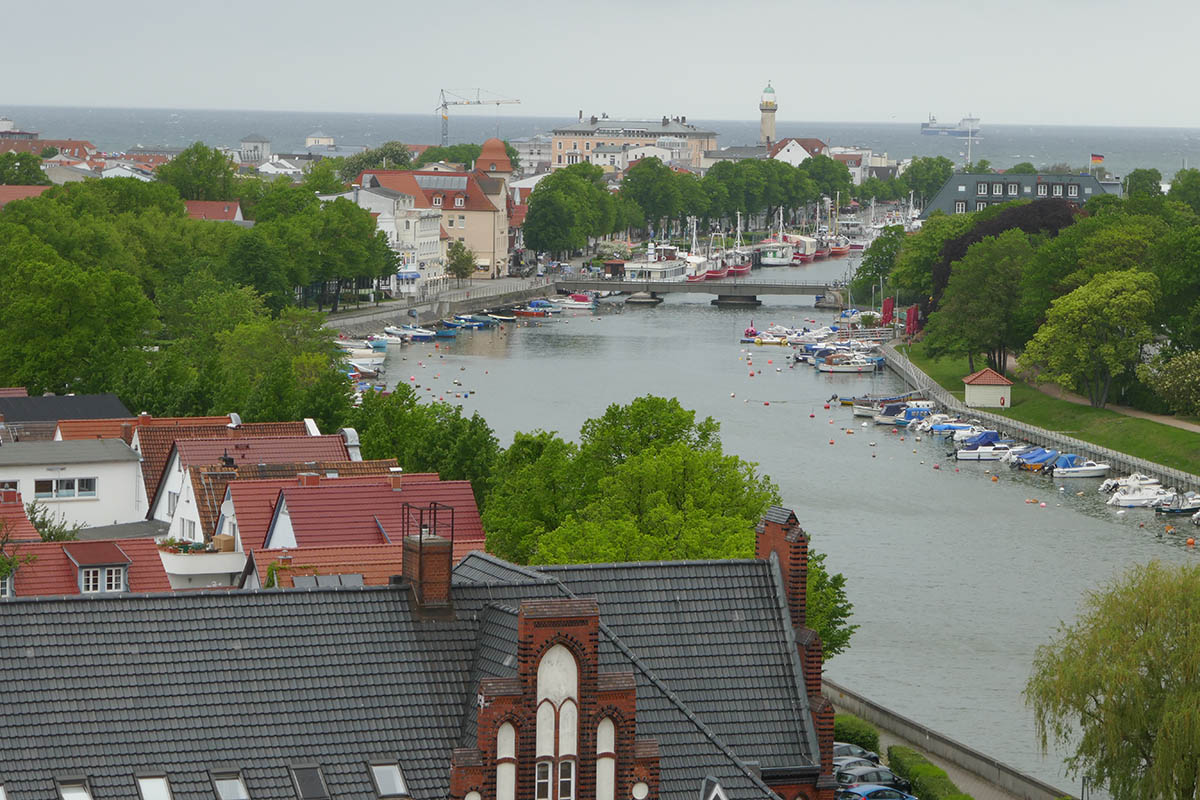 What is special about Warnemunde in Germany

Warnemunde in Germany is a quaint seaside resort that is popular with people wanting to escape from the city. It is also very popular with the sailing crowd, and we could see many yachts braving the elements. Apparently in summer this a regatta mecca. The town has extensive white sand beaches with the little beach houses already set up for the influx of tourists. There are so many restaurants that obviously, there is the clientele to support them all. Ditto shops. There are a lot of shops catering for the tourist market in the town. As a major port of call for cruise ships, there is need that the town is addressing. 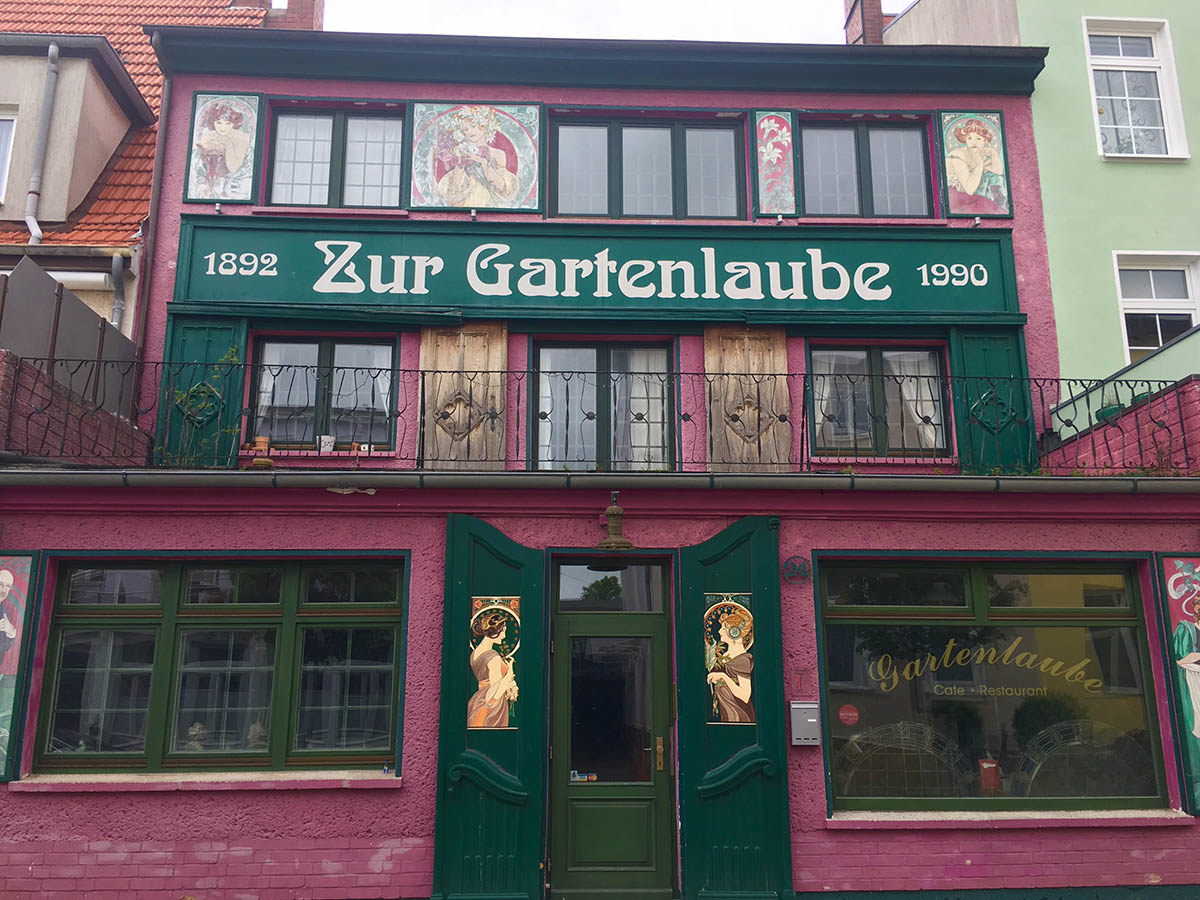 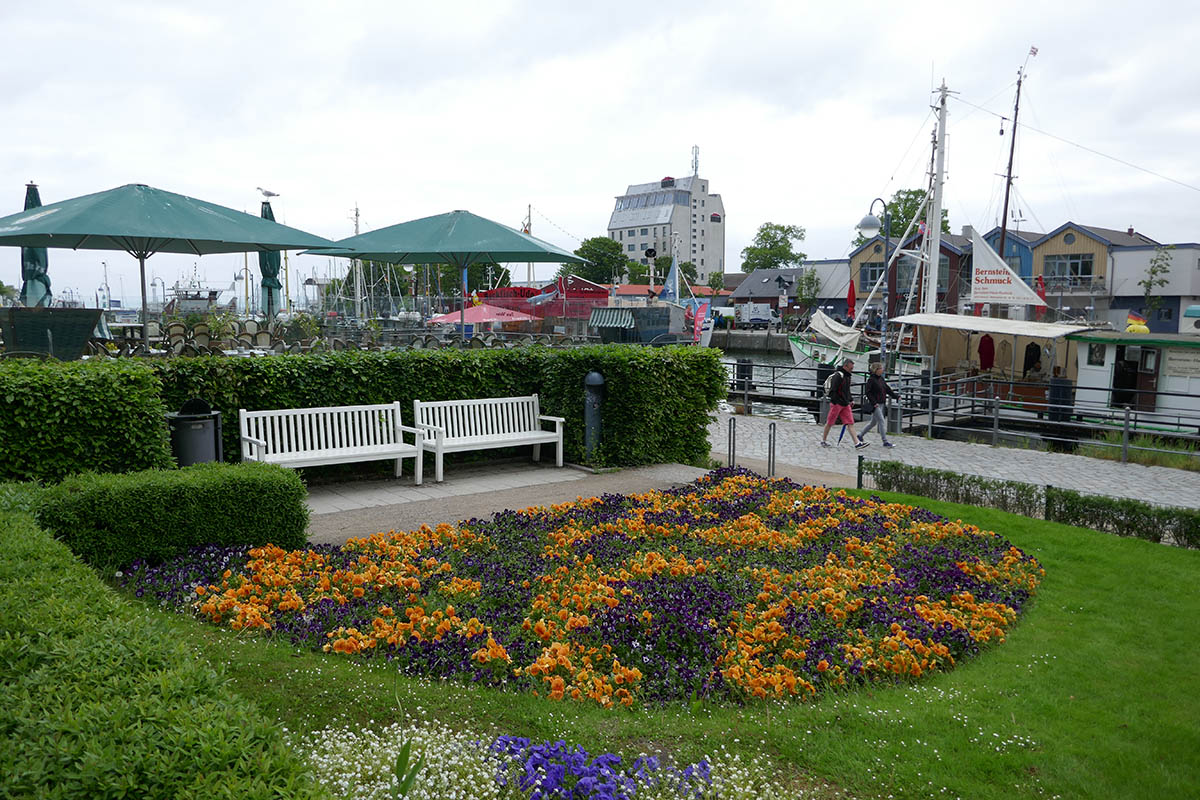 What to see and do in Warnemunde in Germany

Warnemunde in Germany is and was a fishing village. der Alte Strom or the Old Canal is in the centre of town, and you can see the fishermen pull up with their haul, and prepare the fish for the famous Warnemunde fish sandwiches. 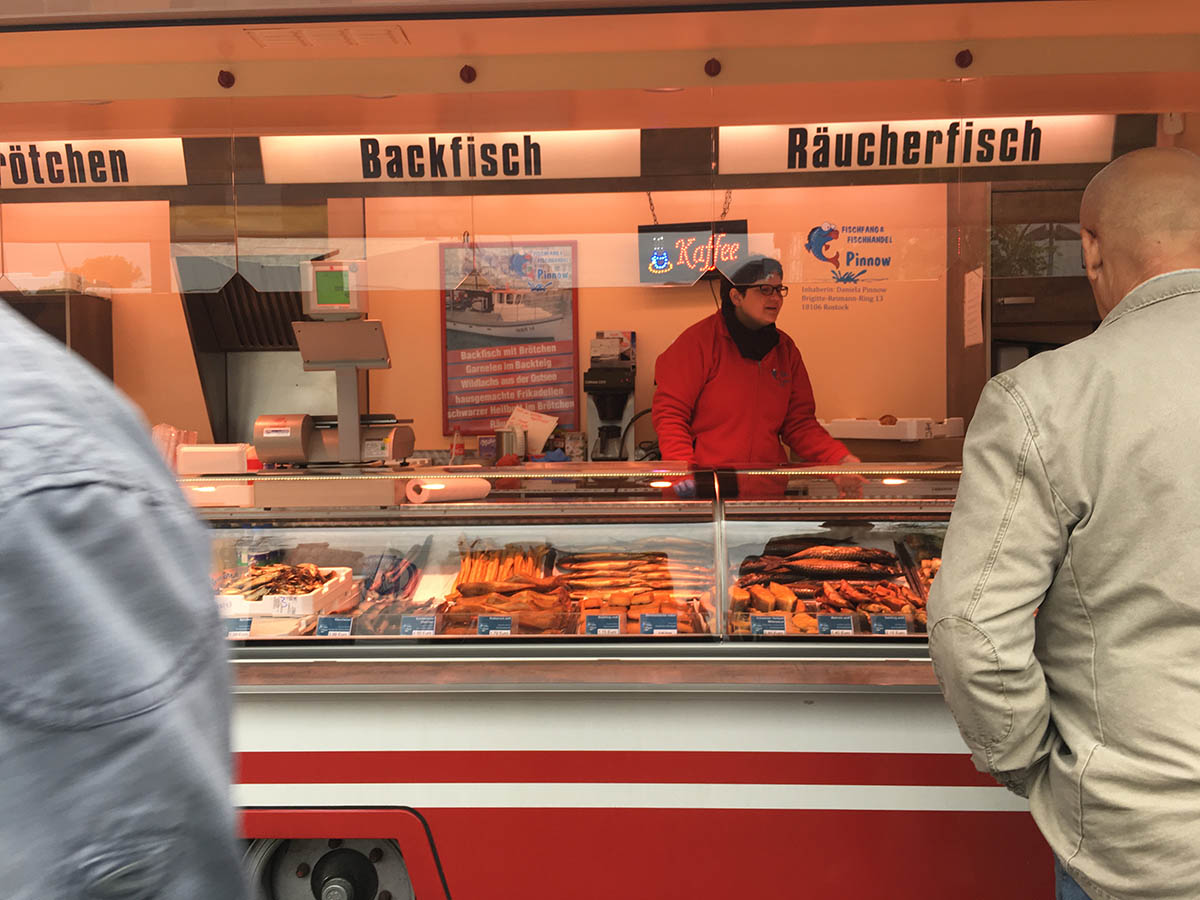 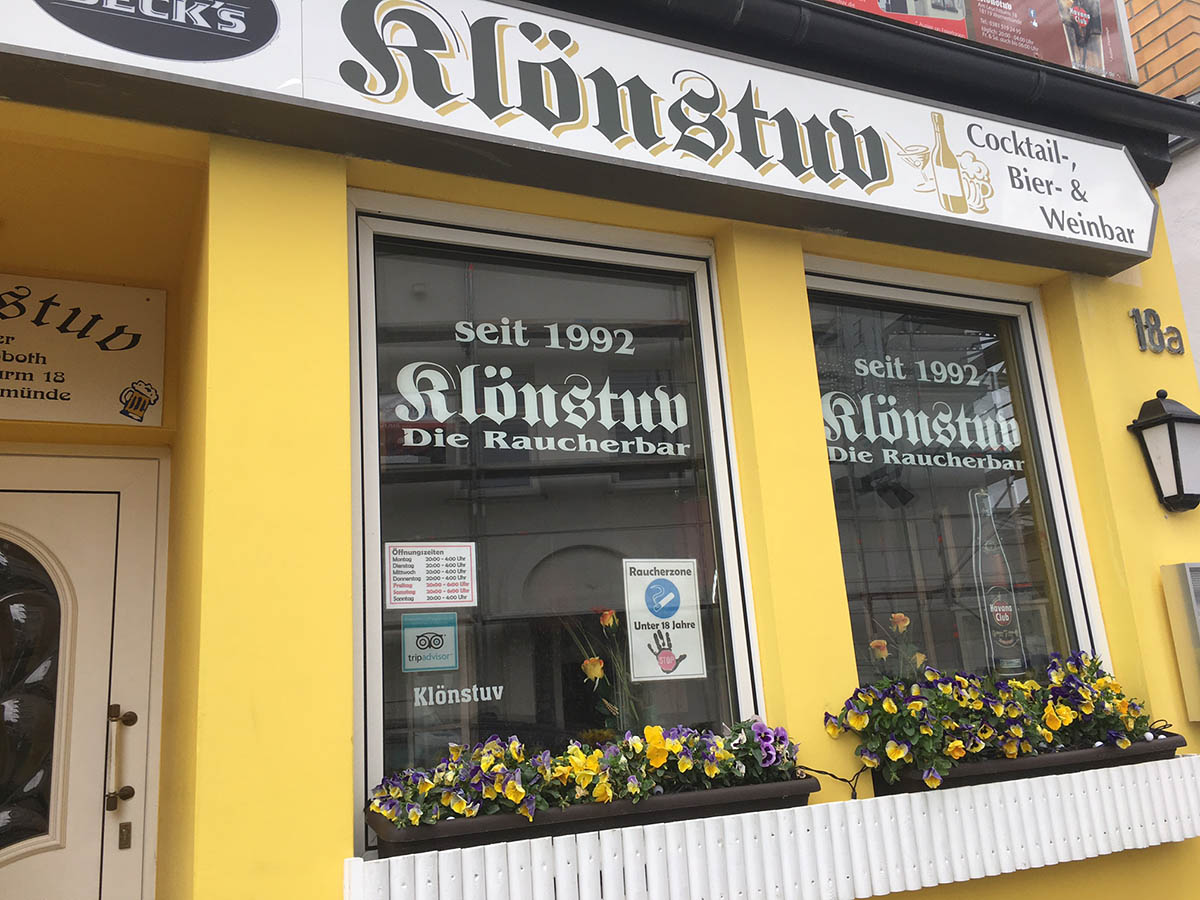 Warnemunde in Germany has a fully functioning lighthouse, as well as two other pretty lighthouses on the heads, which were lovely to walk out to, even on a cold and windy day as we had. The working lighthouse was built in 1897 and is 121 feet tall giving it a good view over the frenetic Baltic Sea. You can climb the lighthouse, but with the gale force winds, we decided it was probably not prudent to do so. 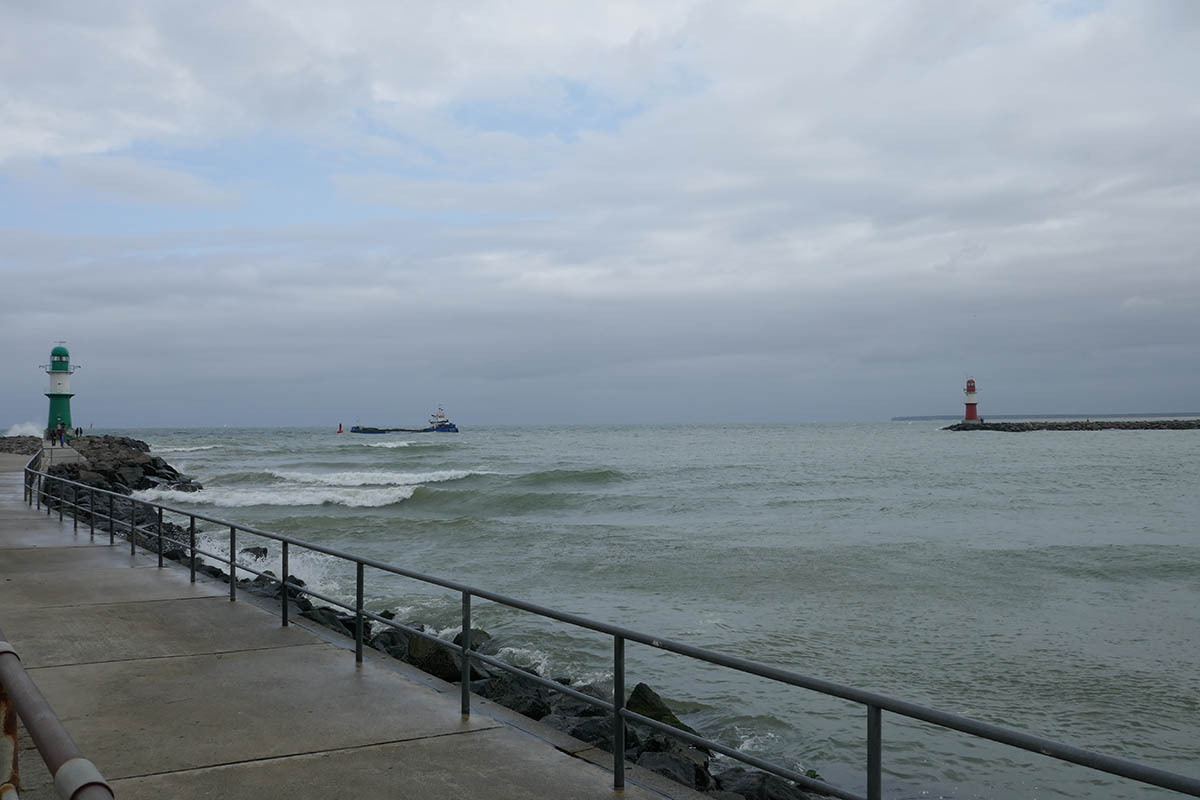 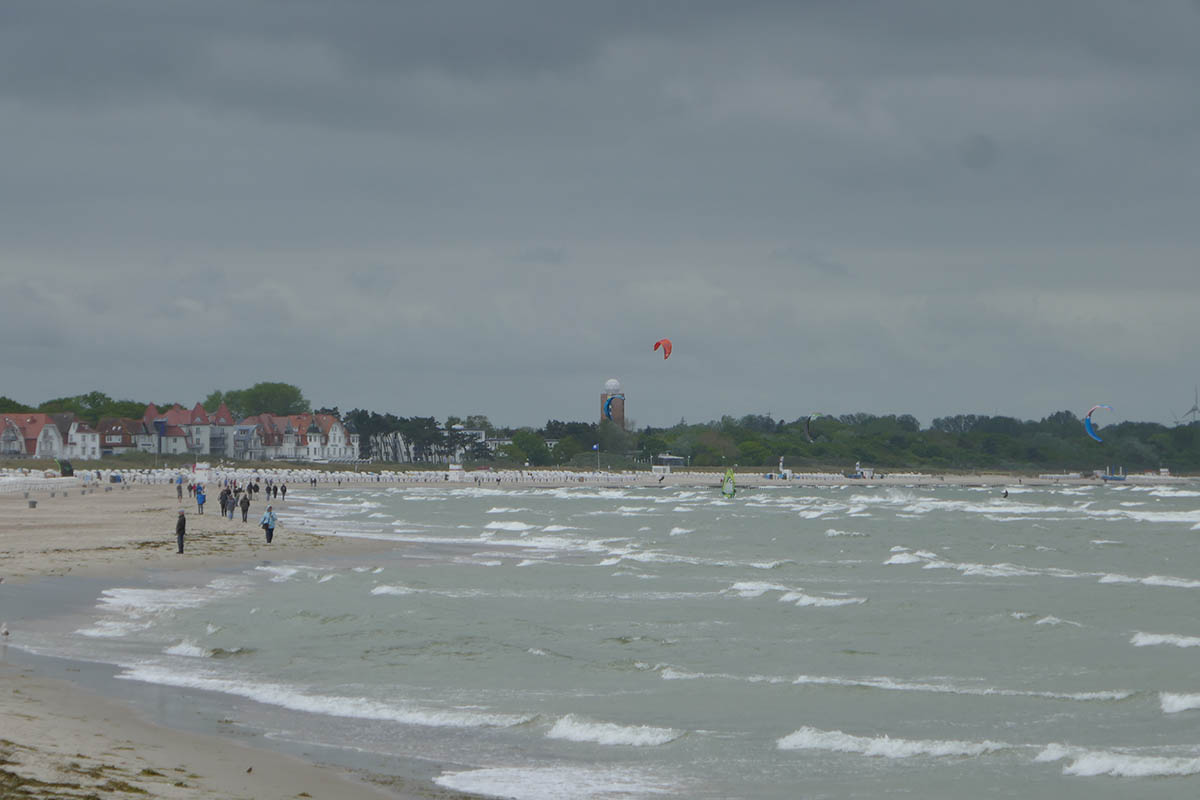 Some very brave locals had taken to the seas, on their Kite surfs, which is another favorite activity in Warnemunde in Germany. We wandered through the park and saw a statue with her toenails polished, meaning someone has a sense of humour. Next to this was a book-lending kiosk, based on the honour system. 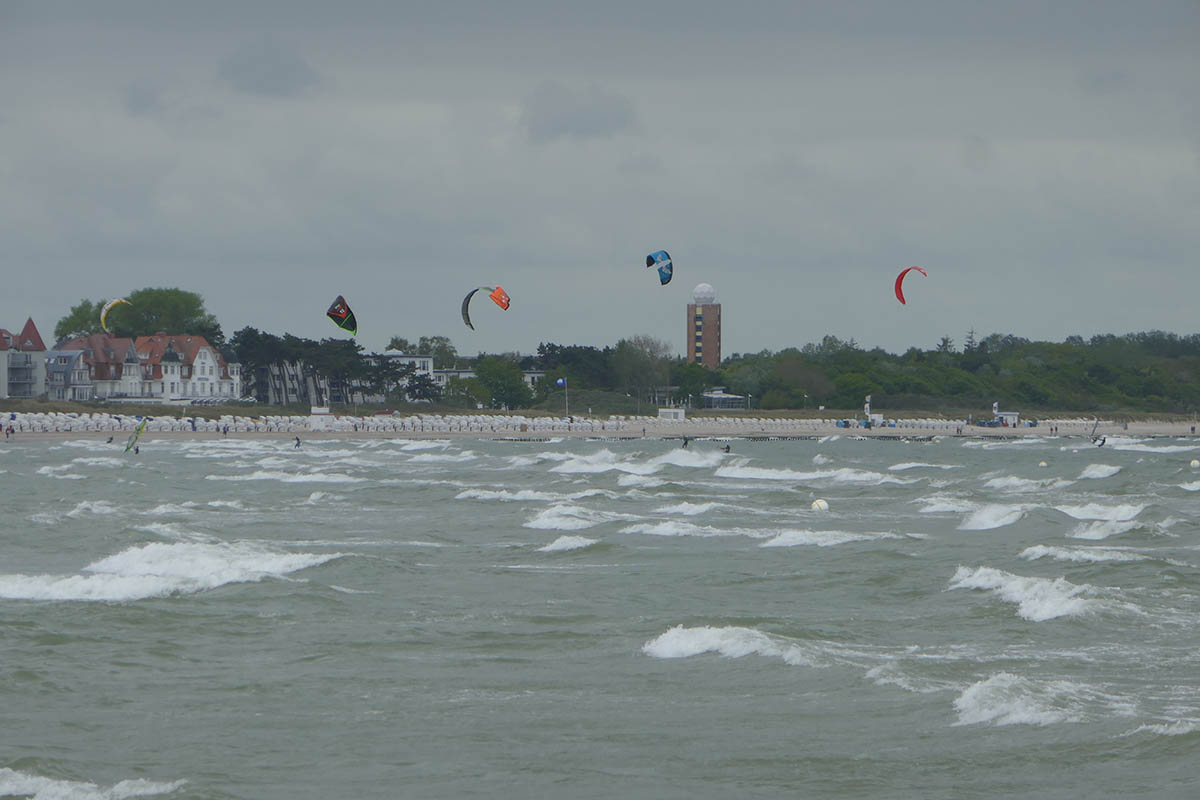 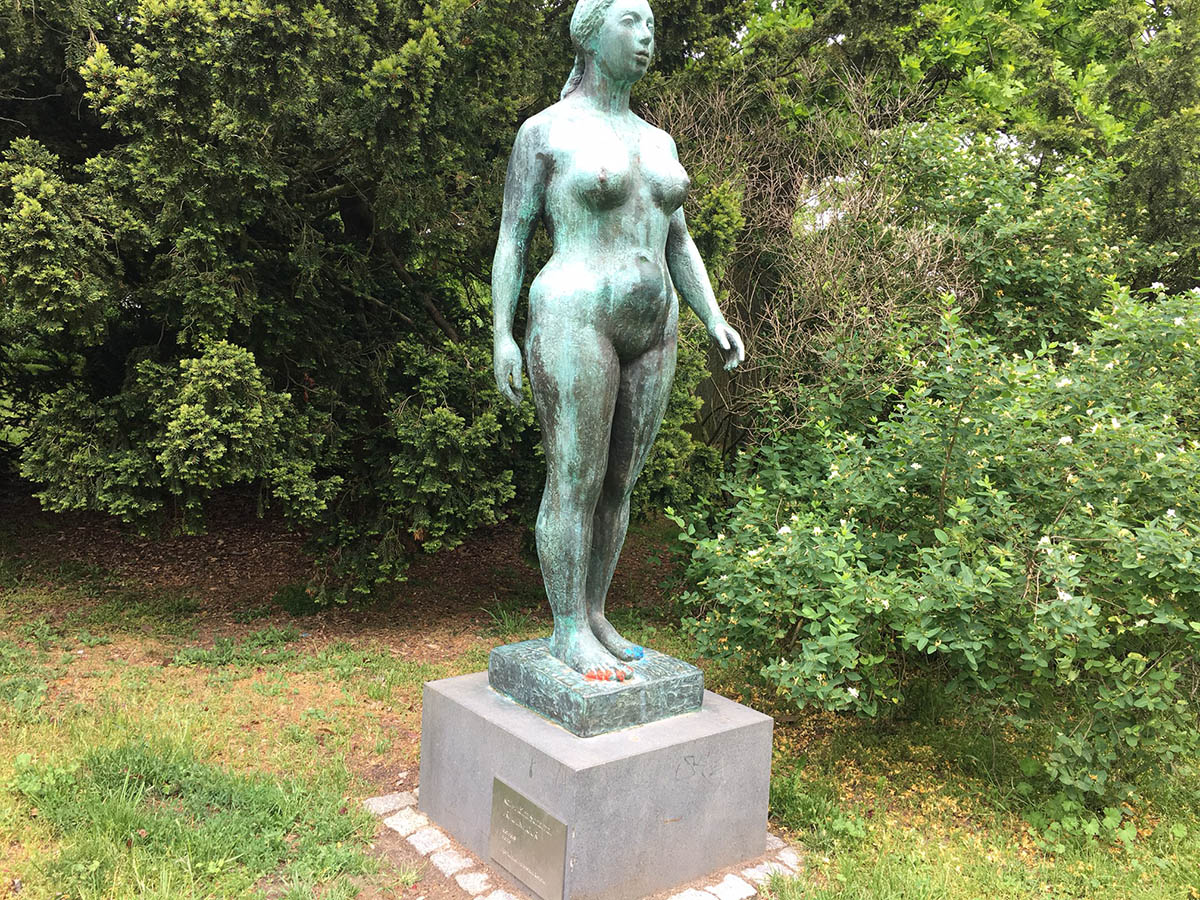 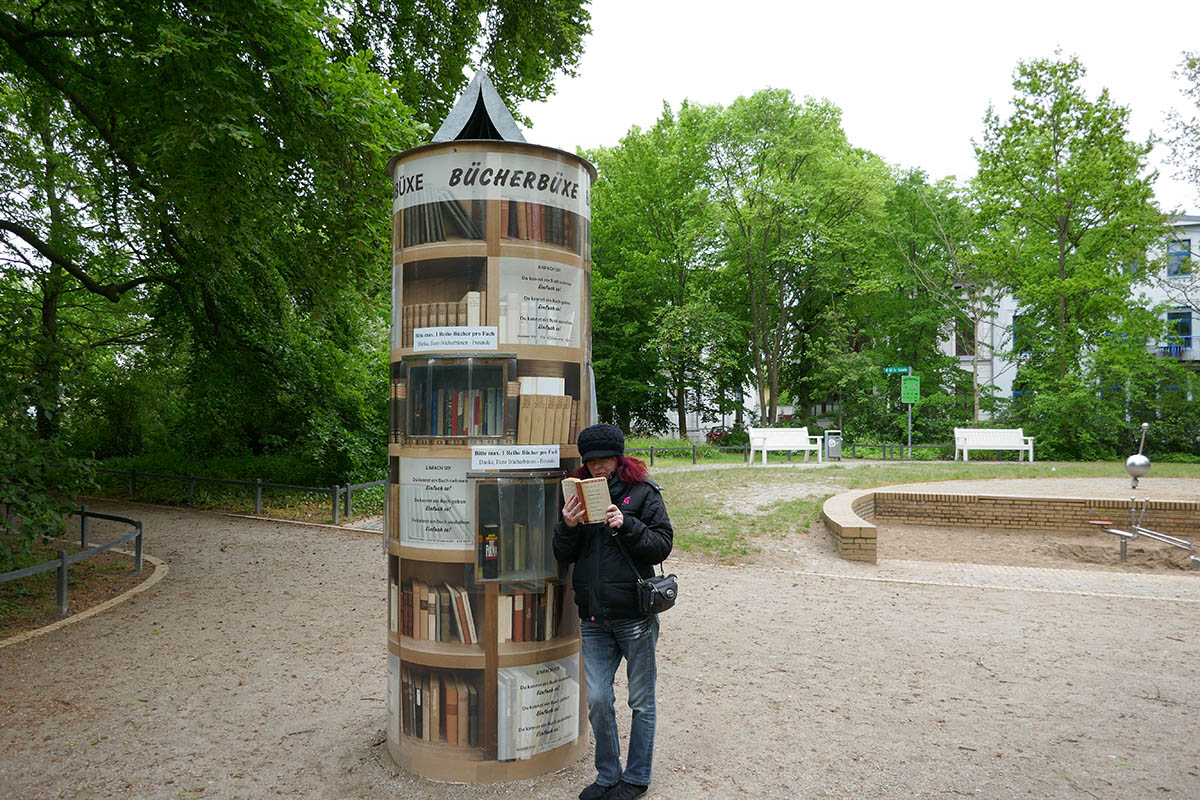 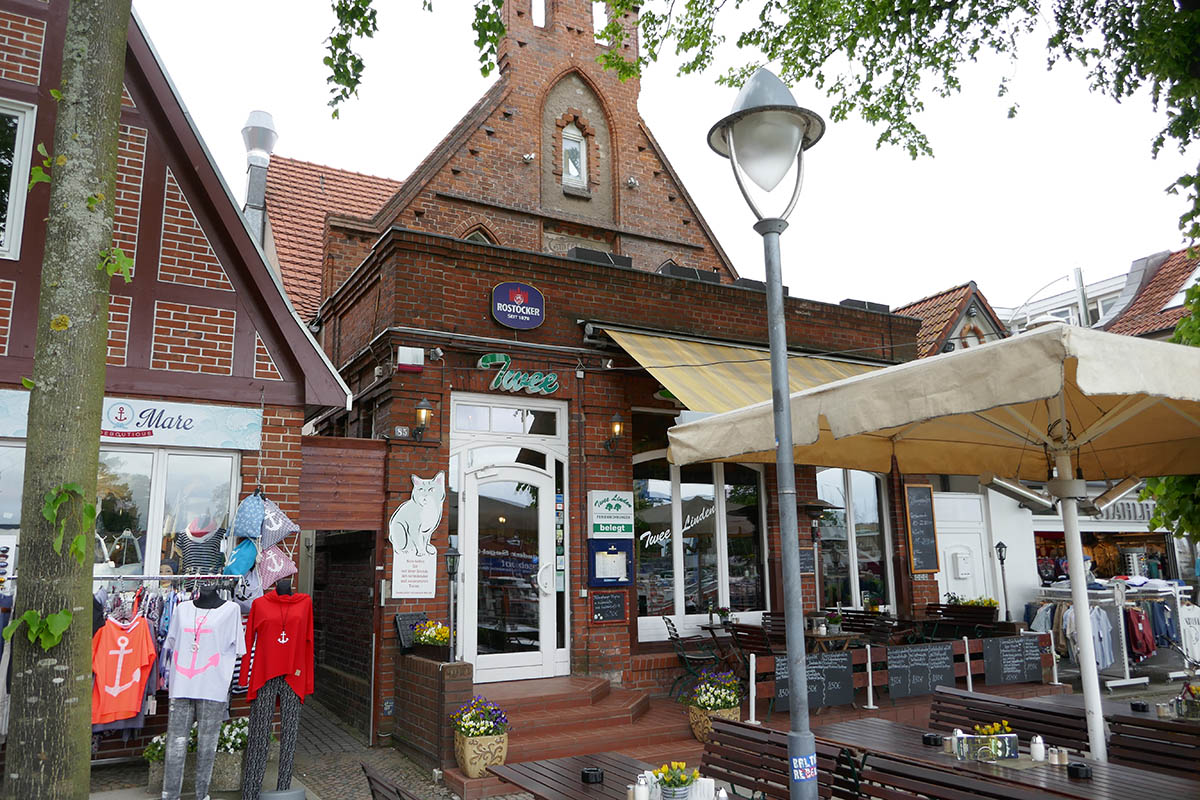 Warnemunde in Germany is green, and it is cute. It would be remiss when you are visiting not to have a local German beer, a bratwurst or a fish sandwich, at the very least. 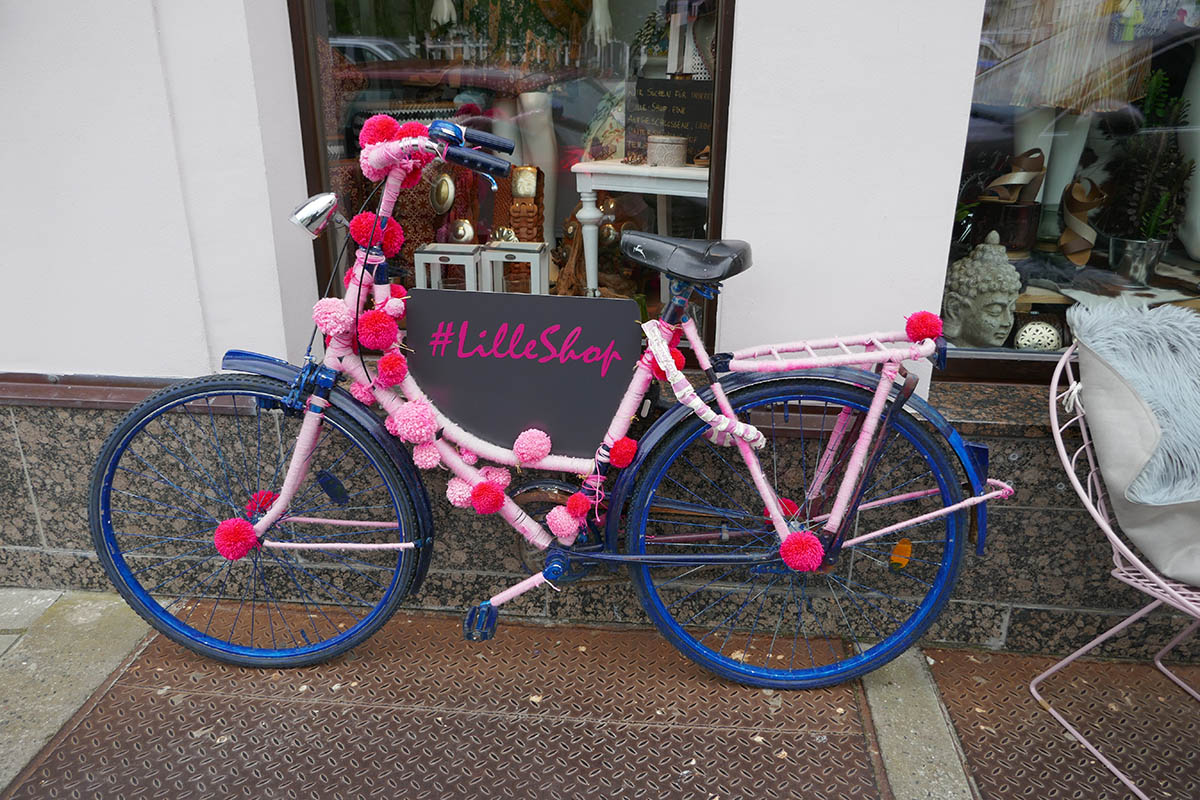 I think you would be surprised that wandering along the promenades, visiting the beach and walking the streets is a most pleasant experience in Warnemunde in Germany.