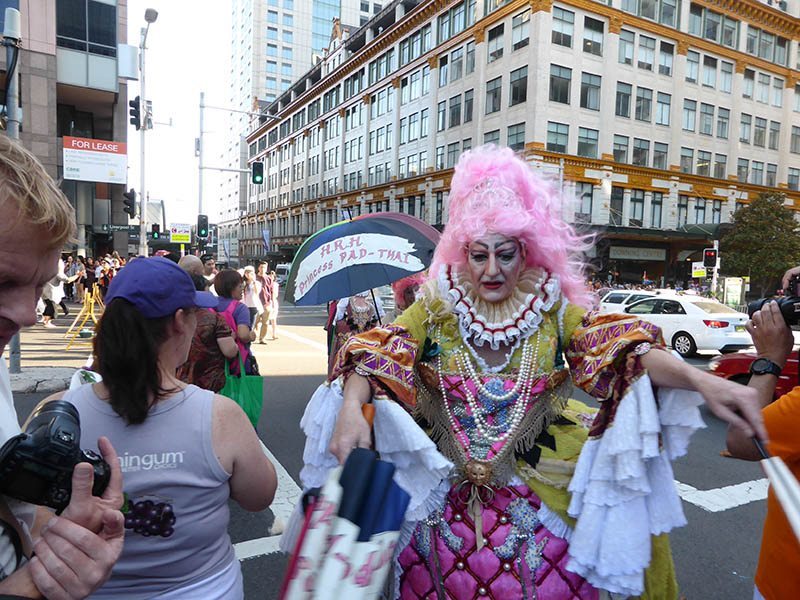 This was the 37th annual Sydney Gay and Lesbian Mardi Gras Parade in Sydney, Australia and about the 6th one that we have been to. 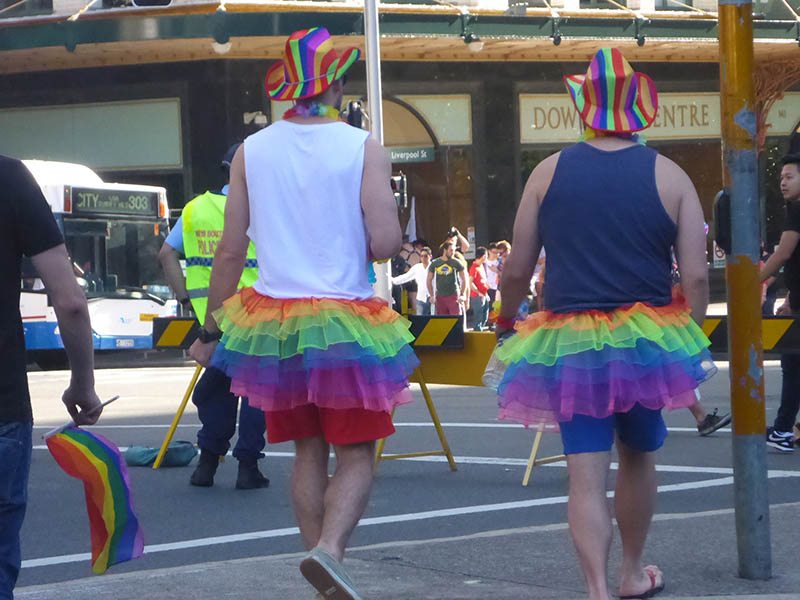 A Brief History of the Sydney Mardi Gras

This iconic parade arose from one night of political protest in 1978. The first march took place on Saturday 24th June 1978 at 10pm, and it was met with unexpected police violence. This 1st Mardi Gras march was a major civil rights milestone and by 1994, the event had achieved so much that even the ABC, the Australian Broadcasting Commission, screened a 50-minute program. Since then it has become an accepted and integral part of Australian life. 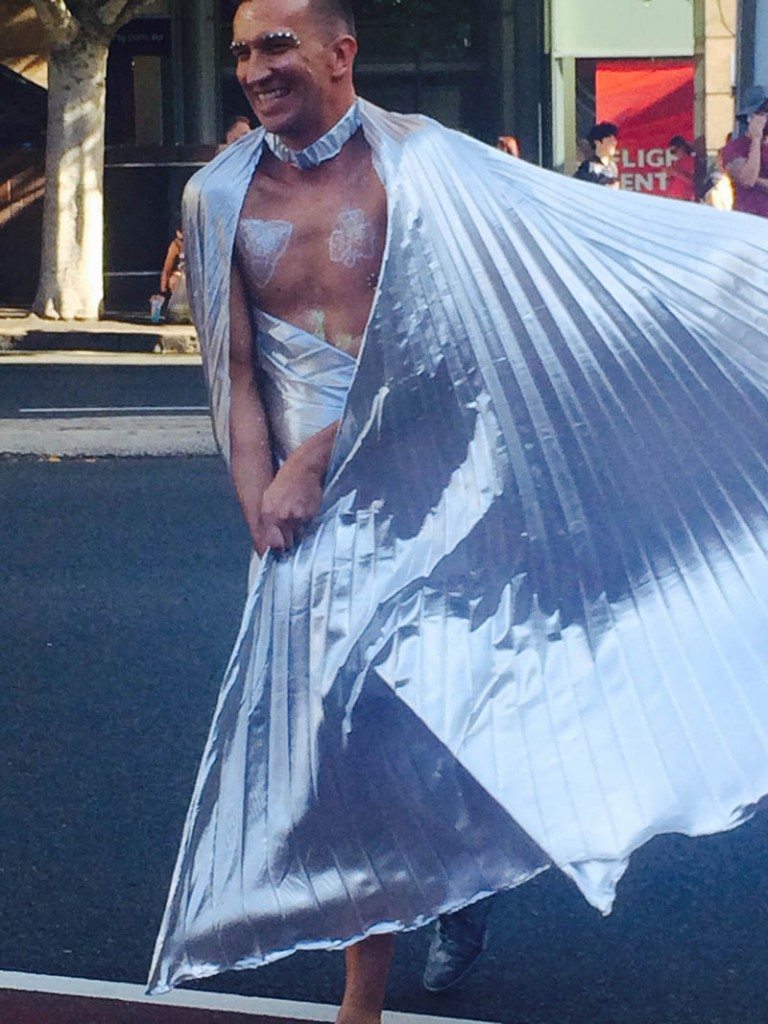 One Happy Event with a Very Important Message

Its international popularity continues to grow, as this is one happy parade where everyone is part of one big community. Australians know how to celebrate, and the Sydney Gay, and Lesbian Mardi Gras is a global gay annual event attracting visitors from all over the world. The Parade is held on the 1st weekend in March, when the days are still hot and the nights, at times, contain a hint of autumn.

This year the parade hit homophobia in sport in Australia full on, with floats and participants from all major sporting codes joining in the Parade. People were able to watch their sporting heroes strut their stuff down Oxford Street. This is what it is all about. Braking down any remaining barriers. 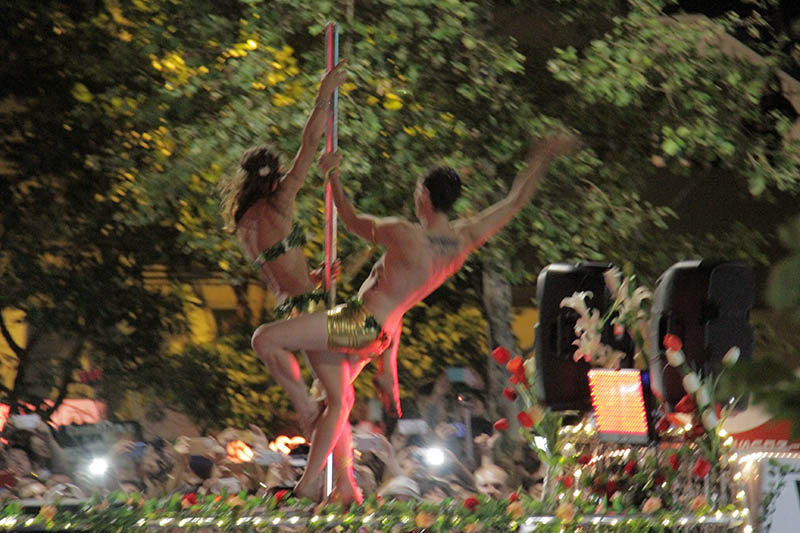 (so difficult to photograph with all of the dancing and the movement ..but you get the jist )

The beauty of Sydney

Sydney is one of the most beautiful cities in the world and that is said with and without bias. It’s setting on the harbour make it undeniably spectacular. Yes we know that it is a long flight but with very justifiable rewards at the other end. It is also an easy place to be because there is so much to see and do. The people are easy going, the dining options are endless as are shows, performances and general people watching. The multiculturalism of Sydney is a big draw card. The Sydney Mardi Gras, is another huge draw card. 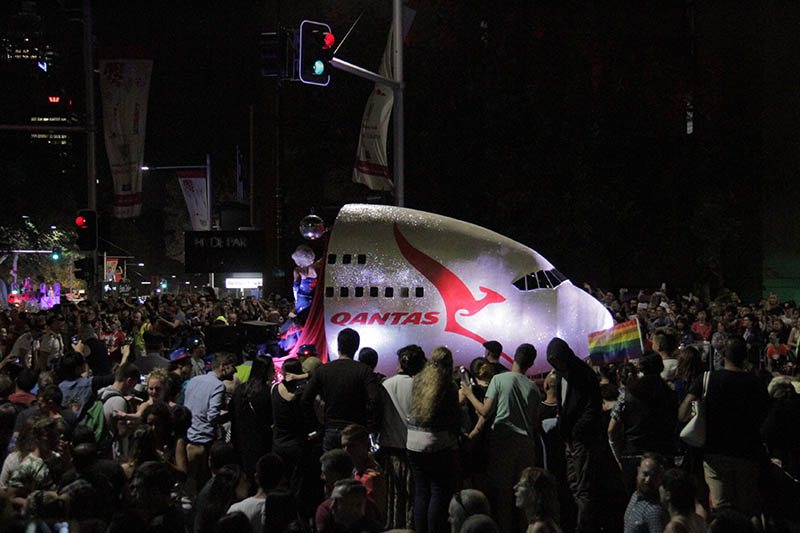 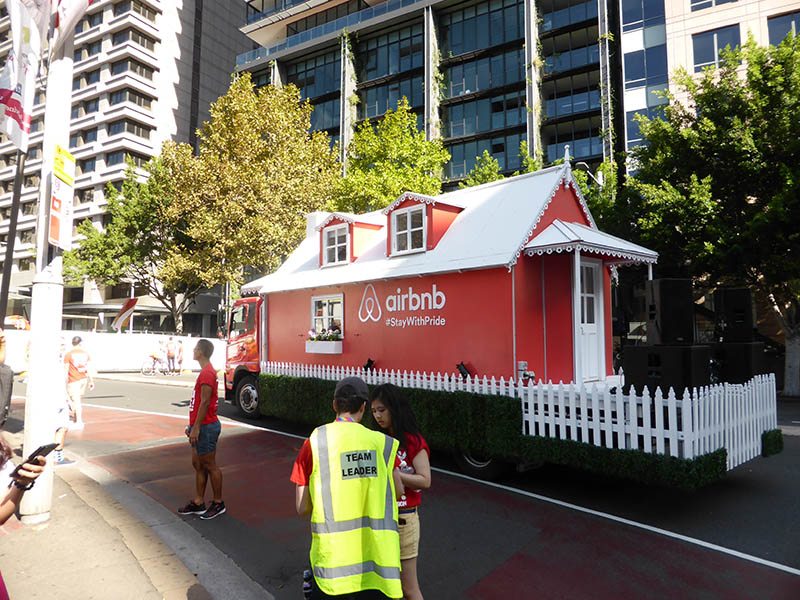 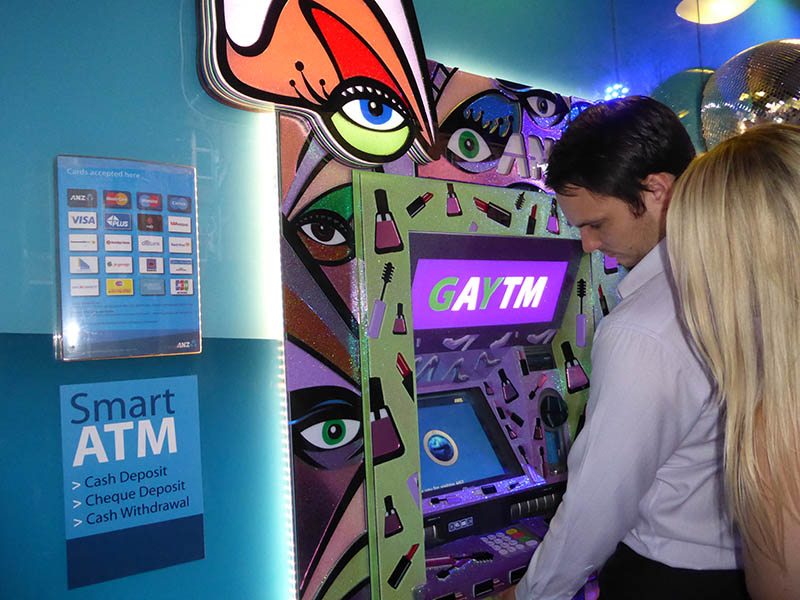 As per usual the crowds went troppo (Australian for we were so happy to see them) when the NSW police entered Oxford Street.

To think that the police had fought the 1978 protestors and are now their most ardent supporters of the Sydney Mardi Gras, Parade. This is always appreciated and rewarded by the deafening cheers from the crowd. The paramedics, armed forces, our lifesavers all had contingents marching in the parade. It is impossible to mention the diversity of support that was shown here but suffice to say it was so impressive. 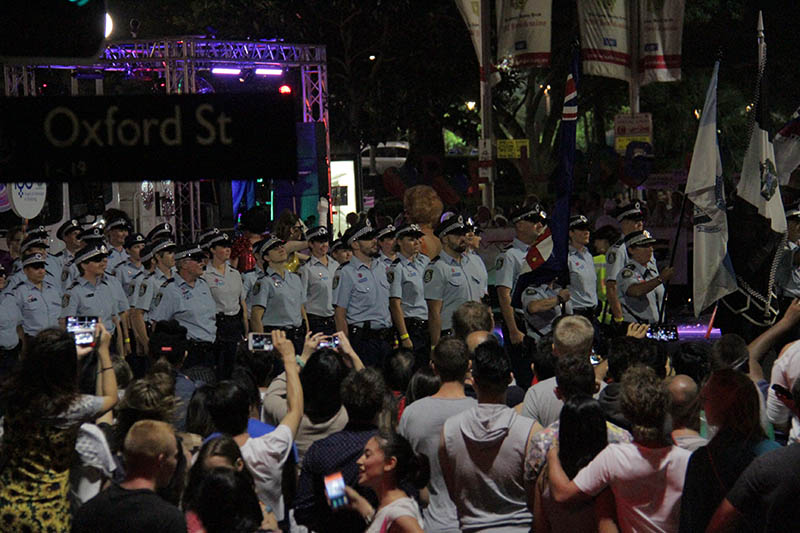 The Sydney Mardi Gras, Parade 2015 makes you so proud of how far we have come as people. It is one very very friendly event, a hell of a visual spectacle and also a humbling one. We love the entire experience, and if you make the long haul flight to Sydney you will most definitely need to put this on your list to experience. 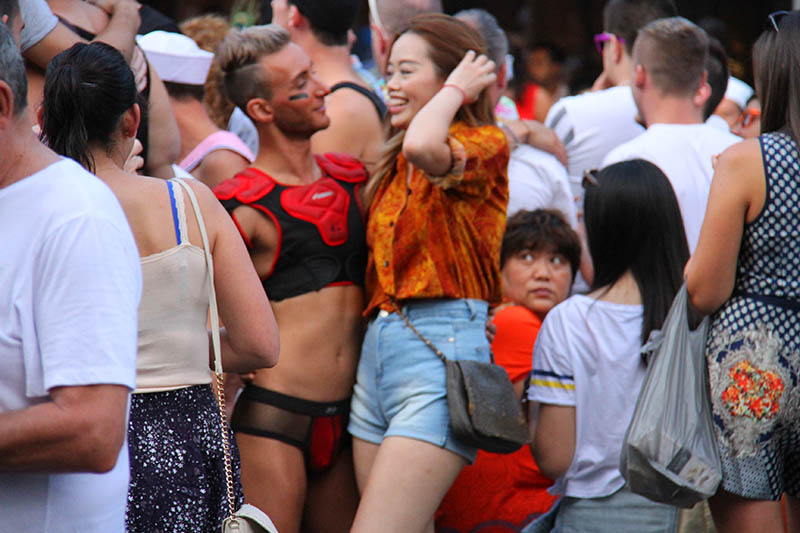 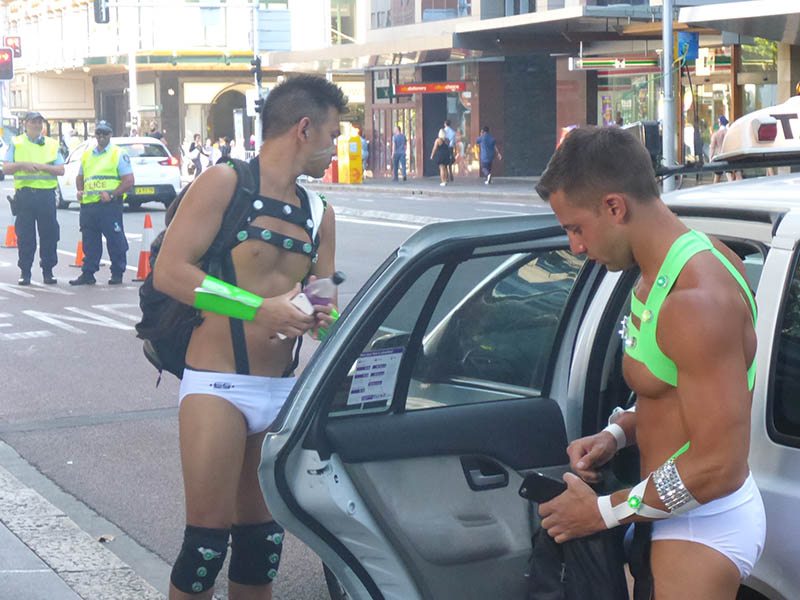 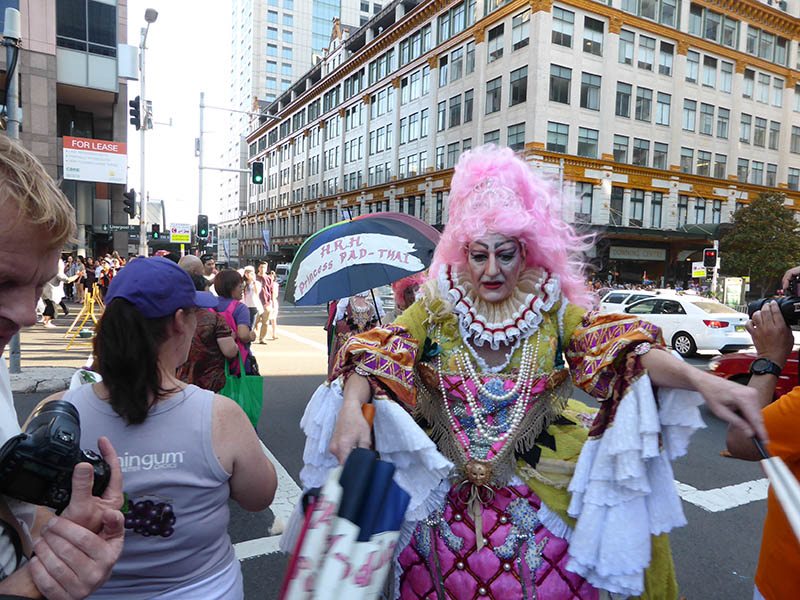 Stay as close as you can to the parade and book early.

We were very late bookers, and we thank Hotel Cambridge Sydney, smack in the center of the action and 100metres to the parade, for putting us up at the last minute. Great location to see one of the best festivals in the world…if not the best. 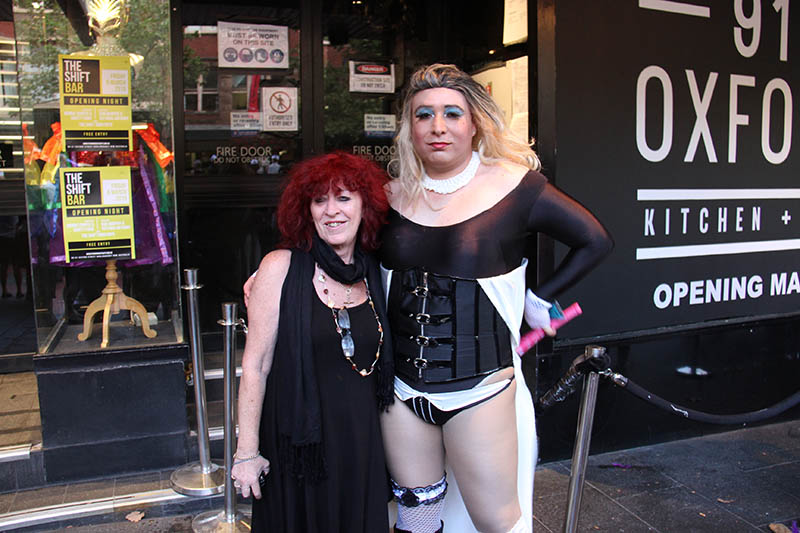 Make sure when you join us next year for the Sydney Mardi Gras, Parade 2016, to pack that glitter, put on those feathers and wish everyone and anyone you meet, a “Happy Mardi Gras”. 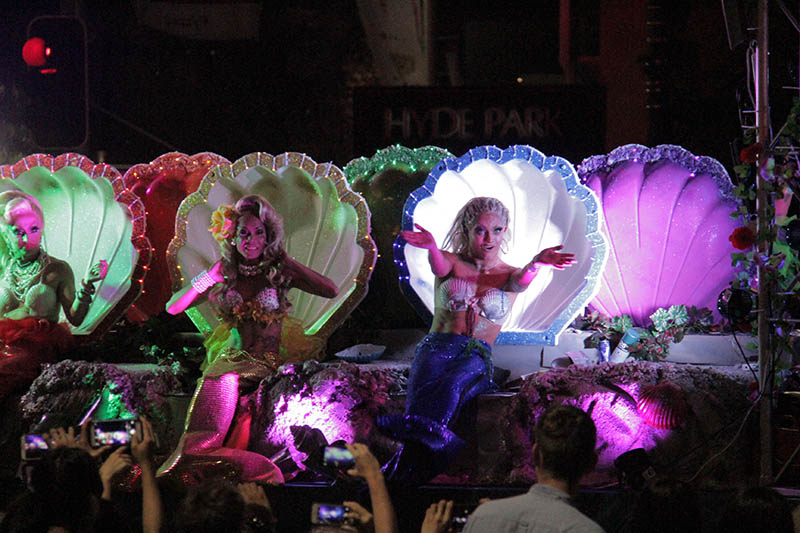 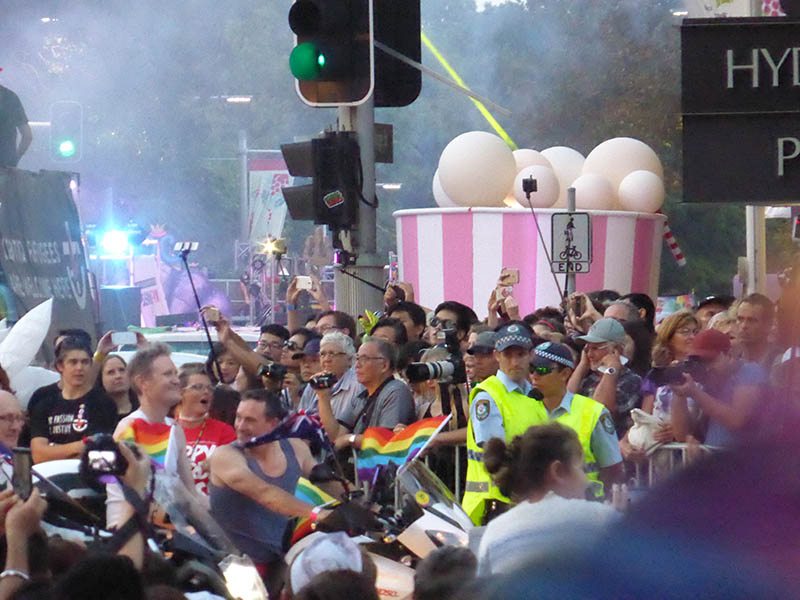 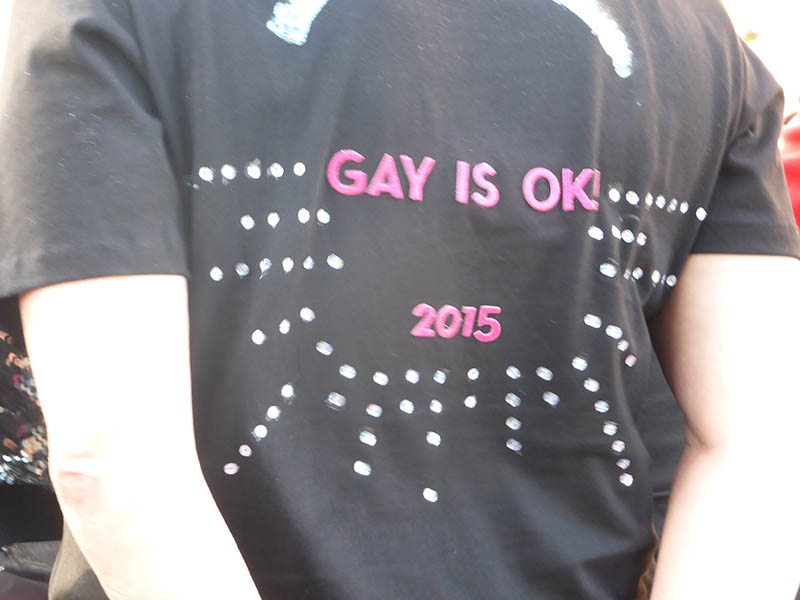 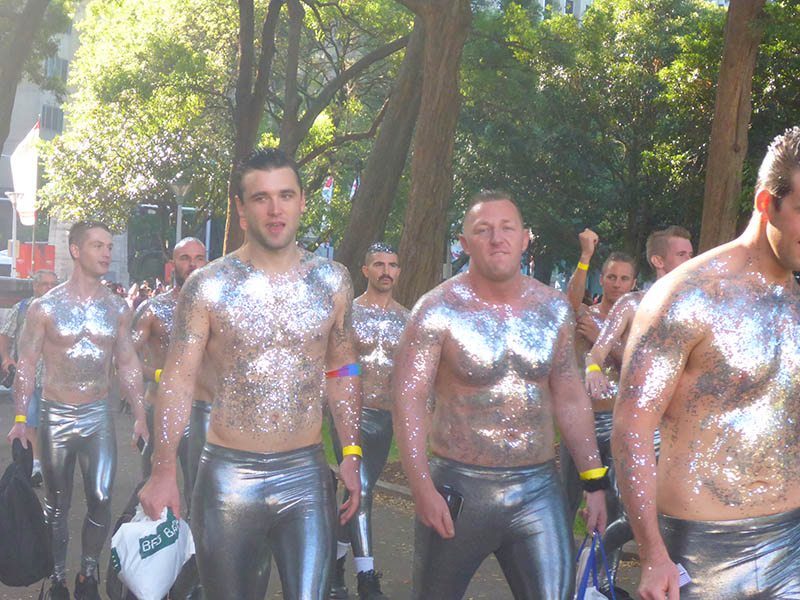 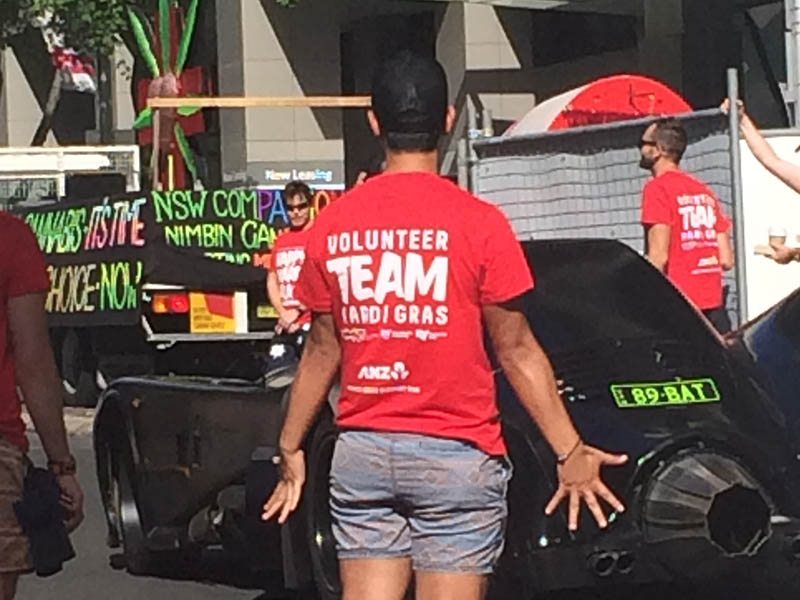 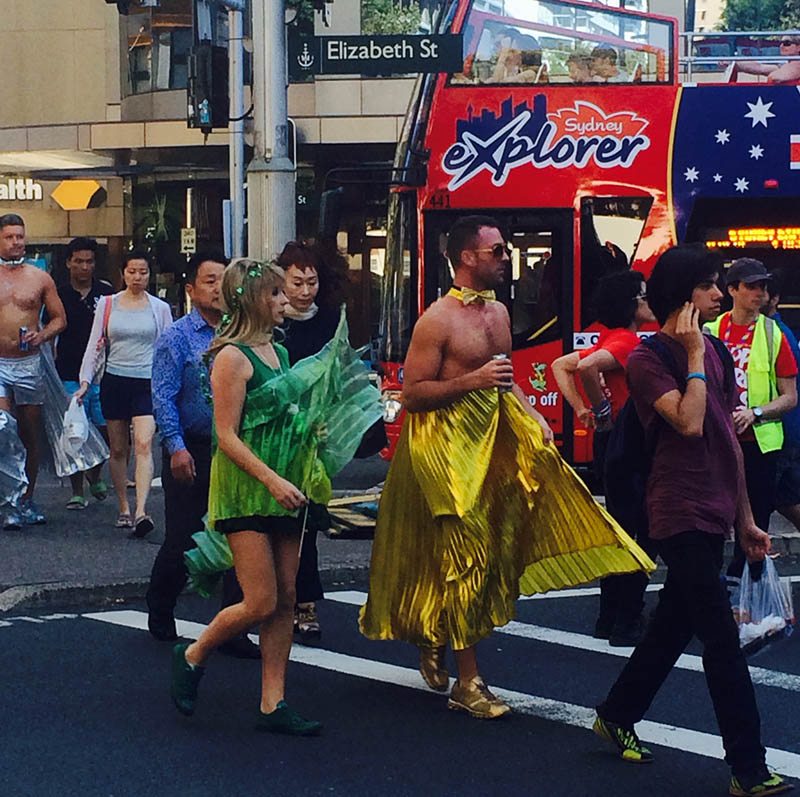 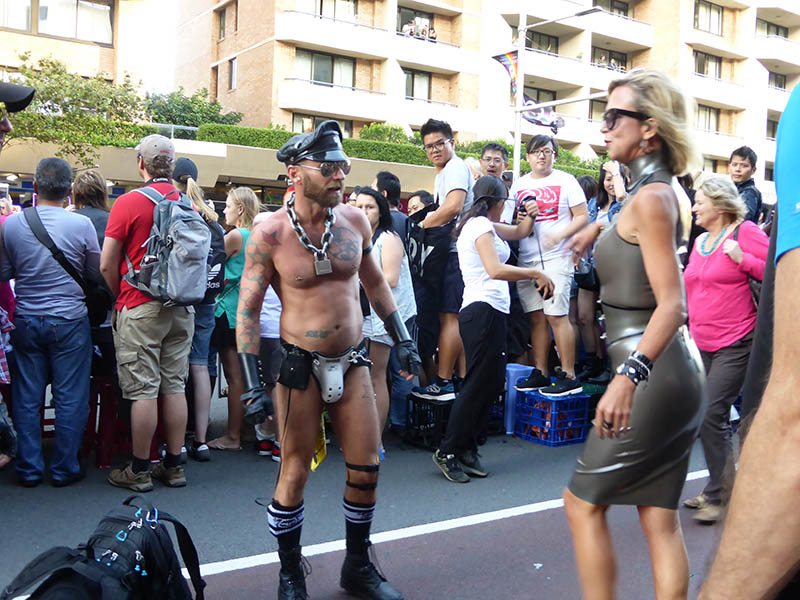