The Bahamas – Outside My Front Door 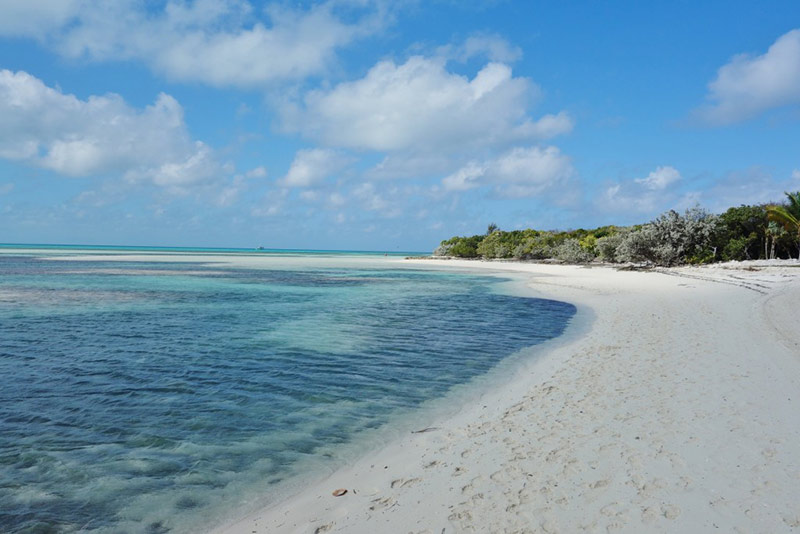 Bahamas are an archipelago in the Atlantic Ocean. There are over 700 islands and it is a very popular tourist destination because of the climate, the water, the coral and is known as playground for vacationers.

Don & Heidi Bucolo are husband and wife editors of EatSleepCruise.com, a blog that explores the fun and light-hearted side of cruise vacations. With cruise ship reviews, travel planning advice, shore excursion reviews, and a complete photo gallery, they help you “sea the world one port at a time”! 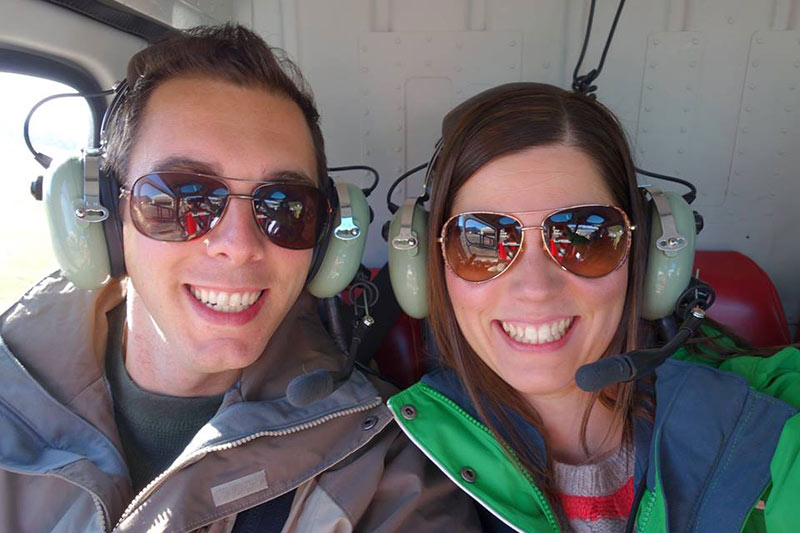 When you are traveling via cruise ship, your front door is never in the same place-it is constantly changing. If you want to travel to different locations with the convenience of only unpacking once, then a cruise is the perfect option.

A few months back we decided to leave the snowiest winter on record near Boston, MA and escape to the Bahamas. During this extended weekend cruise, the view from our front door morphed from five feet snow drifts to sandy beaches. Not a bad exchange, even if it was only for 3 days! 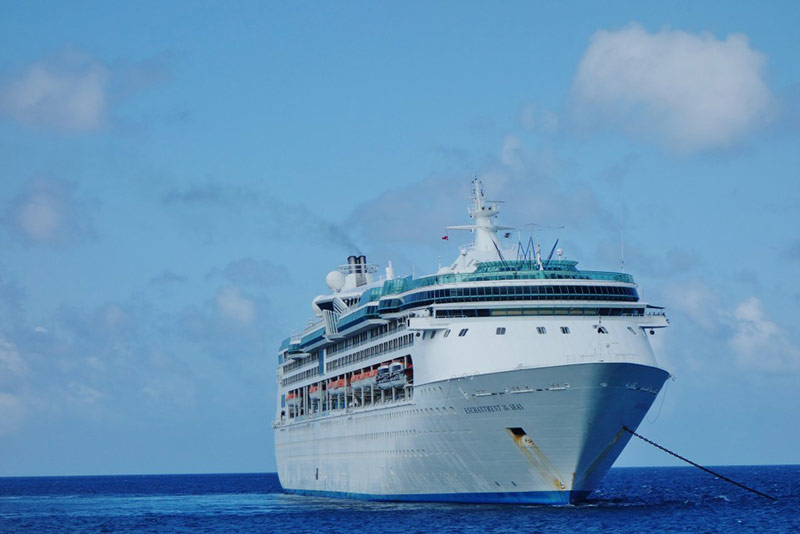 Our home away from home was Royal Caribbean’s Enchantment of the Seas, an 80,000+ ton ocean liner with 2,000 or so fellow travelers, probably looking for the same change of scenery. Over three days, the ship would bring us roundtrip from Port Canaveral, FL to the capital city of Nassau, Bahamas and a private resort island of Coco Cay, Bahamas.

Each destination brought its own unique views and adventures.

The Ship: Enchantment of the Seas

By today’s standards, the Enchantment of the Seas is considered a mid-size cruise ship, with some newer ships more than twice its size! Still, with some renovations that were completed in 2005, the ship includes modern amenities and features sure to appeal to seasoned and novice cruisers alike. 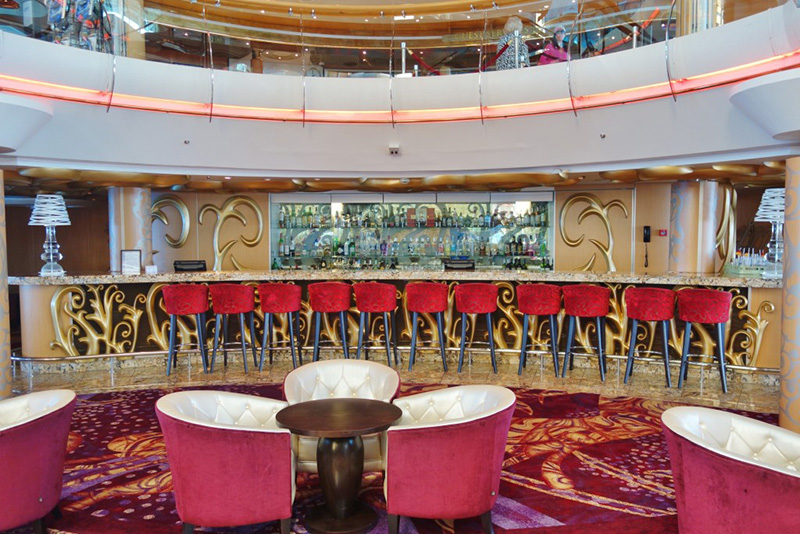 One of the most happening venues on the ship, of course besides the dining areas, is the R Bar, located on Deck 4 in the multi-story Centrum .With a specialty cocktail menu and live music playing multiple times throughout the day, you will always find a crowd enjoying this indoor space.

The outdoor equivalent of the R Bar is the Oasis Bar, located on deck 9. Offering amazing ocean views as well as tropical frozen drinks, this is your daytime watering hole while you catch some sun or take a dip in one of the two pools. 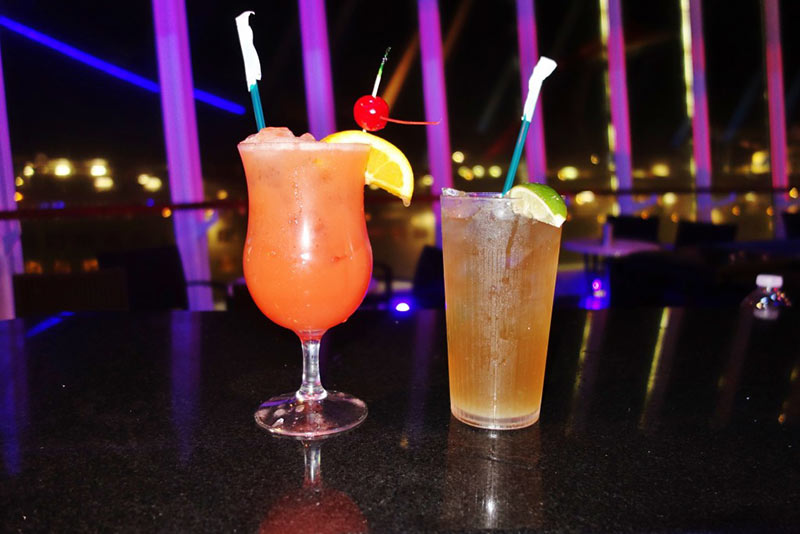 The Oasis Bar is also a hopping place on the second night of the cruise with the late night “White Party”- an energetic sail-a-way party complete with a DJ, neon lights, and a midnight buffet. 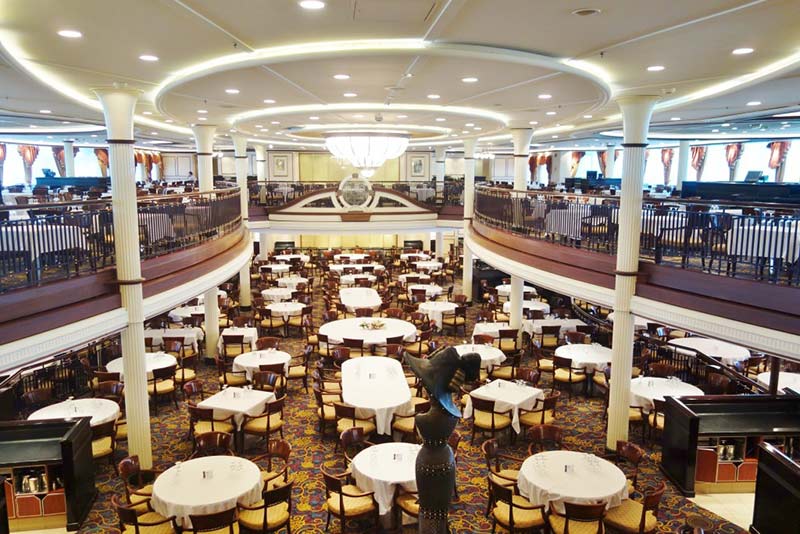 When you think of cruises, you probably think food and lots of it. This ship’s main dining room, The My Fair Lady dining room, delivered tasty multi-course meals with selections like prime rib, roasted duck, and chicken marsala. Our waiter and assistant waiter were very attentive and provided exceptional service during these eating marathons. 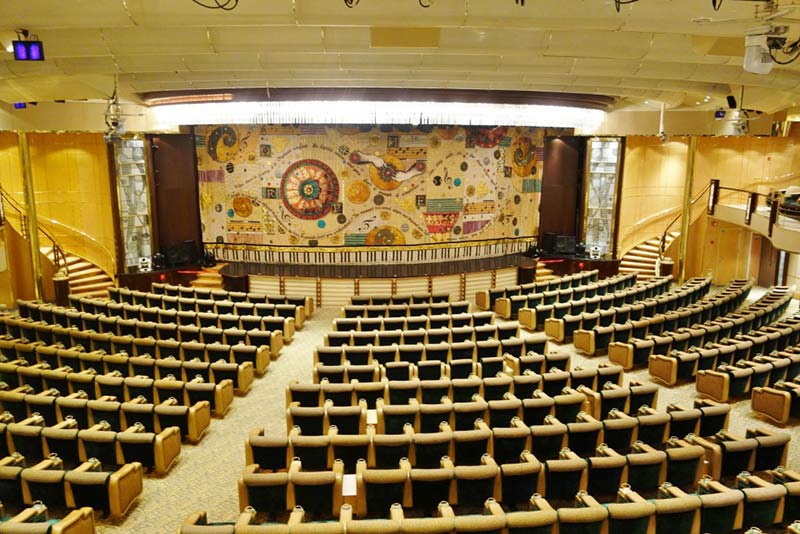 At night, the main theater hosted headline acts including a top notch comedian, as well as a magician we recognized from a previous season of America’s Got Talent. The ship also had a cast of singers and dancers that performed in musical revue style shows twice during the cruise.

With so much to do onboard the ship, we hardly spent any time in our room. Not to mention the ports of calls.

We could see the dock and a neighboring ship from the window of our Deck two cabin when we arrived around noon in Nassau, Bahamas. The capital city of the Commonwealth of the Bahamas, it is the economic center of this region of 700 islands and accounts for close to 70 percent of the population. 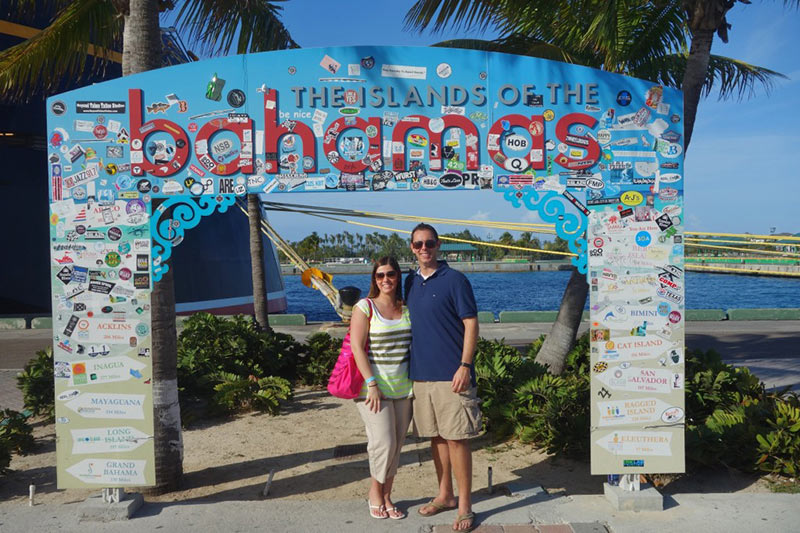 From higher decks, our view revealed that 2 other ships were in port-Carnival Cruise Lines and Disney Cruise Lines. Off in the distance, the pink towers of the Atlantis Resort on Paradise Island were calling to travelers to come try their luck at the casino or perhaps spend some money on other attractions including their water park. While we briefly stopped at the Atlantis Resort later in the day, we were not able to venture too far into the tightly guarded areas of the massive complex without paying entrance fees. 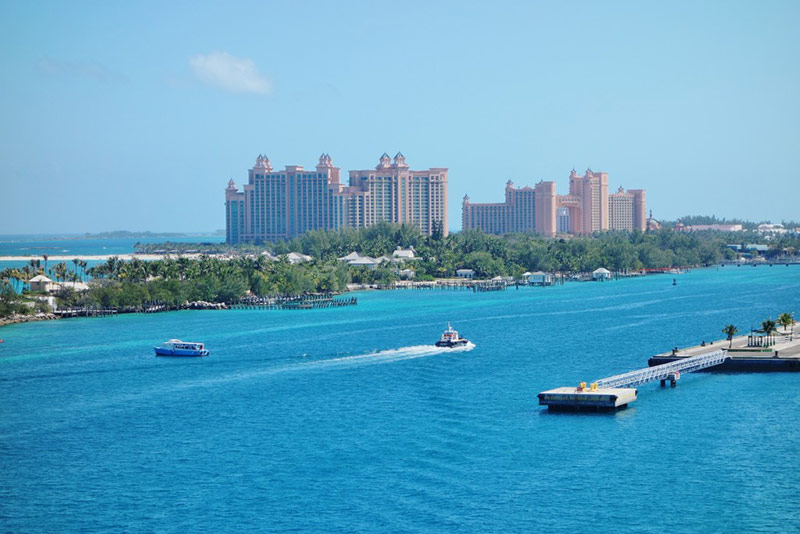 Immediately outside of the dock area is a port with various merchants selling typical souvenirs, including hand made goods, sundresses, liquor, and tobacco. If you venture on a short walk from this area, you can get more authentic crafts, at better prices, at the Straw Market. 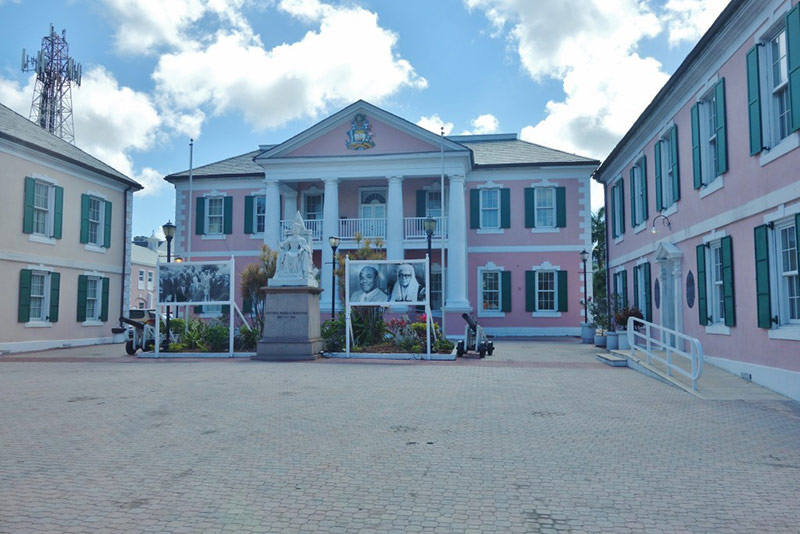 To see the rest of the island beyond the port, we booked a tour through the cruise company. During the nearly four hour bus tour, we were escorted by city highlights such as Parliament Square, the cruise favorite Junkanoo Beach, and other notable island sights. But, the main focus of our tour was the historic forts. 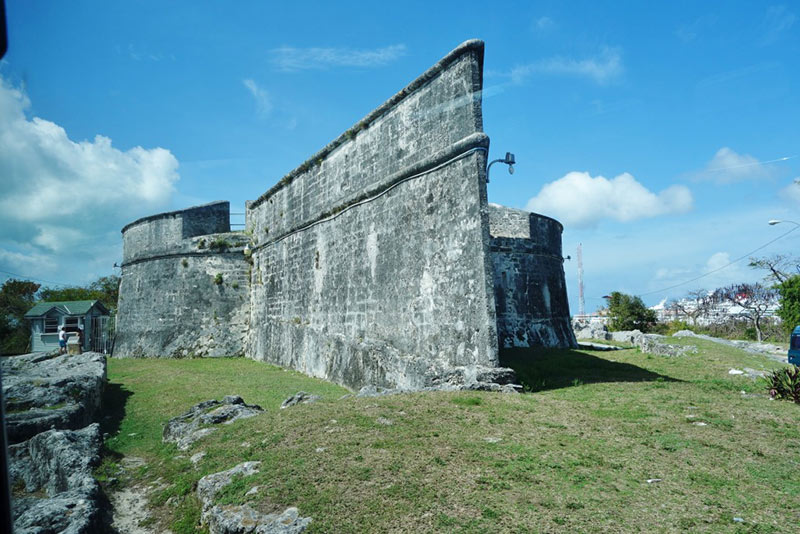 The first stop was Fort Fincastle and the Queen’s Staircase. This small fort was once used as a light tower but later turned into a signal station. With a variety of different cannons throughout the property, I made it a point to pose with this heavy duty artillery. I suspect you will want to do the same when visiting this fort.

While at Fort Fincastle, we made our way over to the famous Queen’s Staircase. Made out of solid limestone, the stairs were constructed by slave labor over the span of one year and were later named in honor of Queen Victoria of Britain. An architectural feat, and a nice little workout, these stairs are a definite photo-op while on the island. Of course, I had to actually descend and ascend all 65 visible steps too! 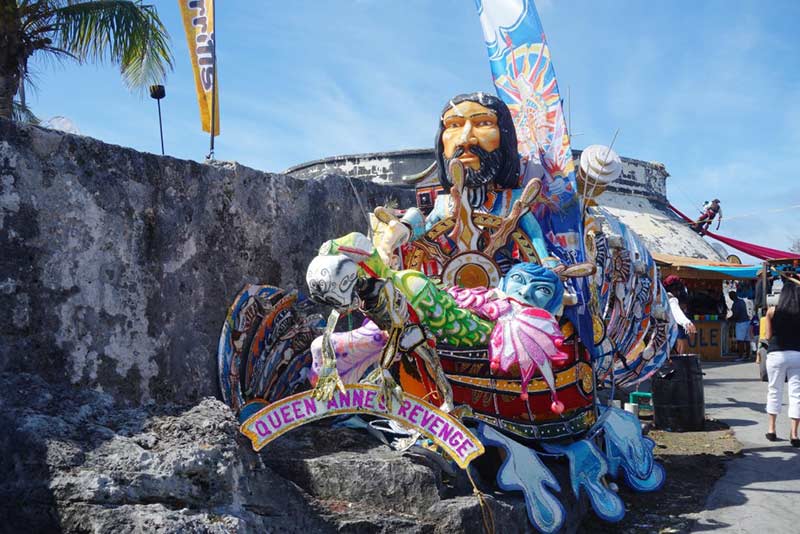 Our time spent at the largest fort in the Bahamas, Fort Charlotte, was impacted by an unexpected Rum Festival that was occurring while we were on the island. This festival limited our ability to explore the remains of this 225 year old fort. We were only able to circle the perimeter, grabbing photos of the pirates and vendors occupying this massive area. On a return trip to the Bahamas, it would be great to dive deeper into this fort.

Coco Cay, Bahamas is a small island, northwest of Nassau nestled on the surface of a coral reef, making it impossible for large ships to dock on the island. 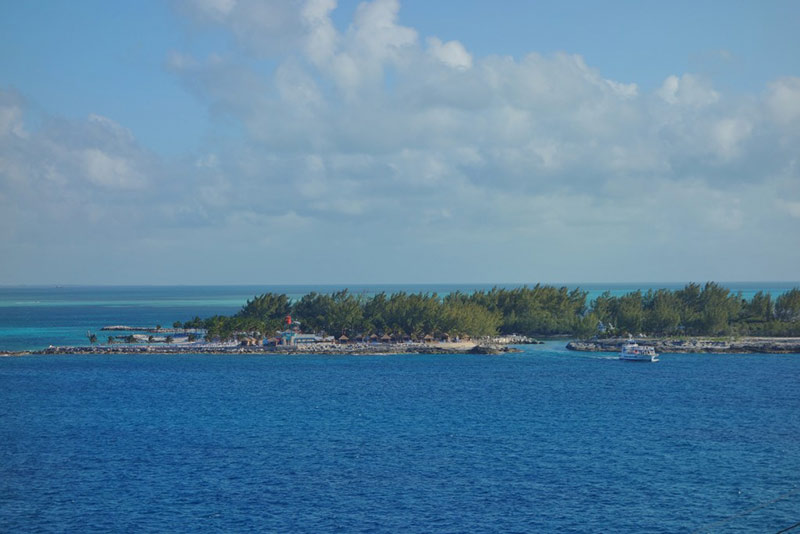 From the pool deck, it is easy to see the entire 140 acres of Coco Cay, most of which is open for guests to walk and discover the natural inhabitants of this secluded island. To gain access, travelers must take a small tender boat which is able to navigate the shallow waters and dock in the protected natural rock harbor formed by the island. 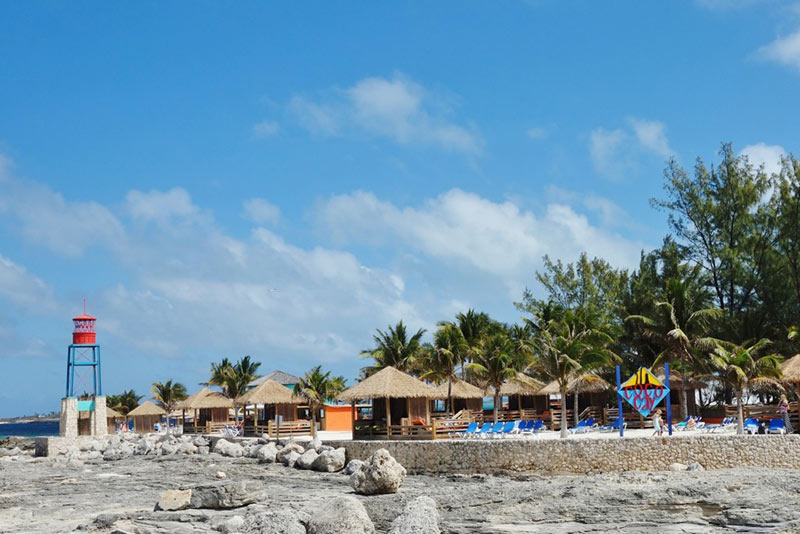 Admittedly, the island was designed by Royal Caribbean so it is a bit of a tourist attraction. Kids can enjoy an inflatable waterslide and aqua park, or adults can rent equipment like kayaks and jet skis – not exactly cultural pursuits.

Or, if you are like us, you may just opt to relax on the sandy beach and enjoy the vistas. This is truly what you envision when you think of a visit to the Bahamas. 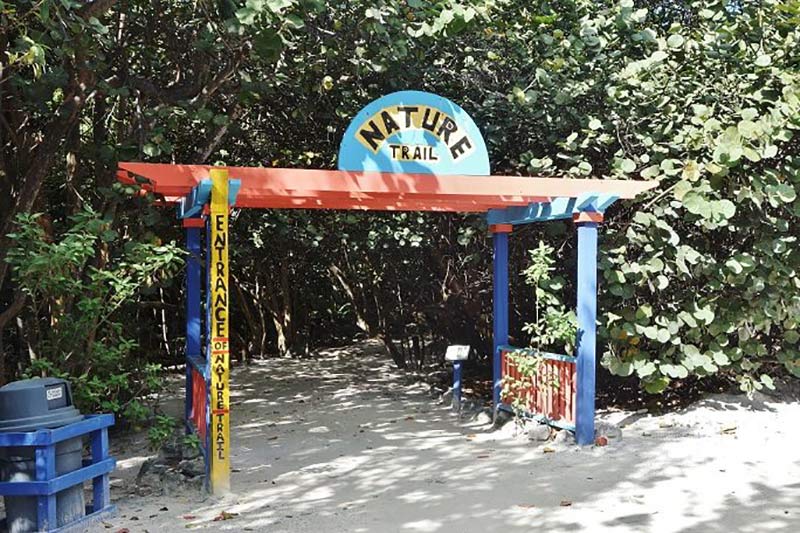 After a bit of relaxation and/or fun in the sun, why not take a walk around the developed part of the island? There is a nature trail and walking paths that circle the island, allowing you to escape the crowds and find some peace and quiet making it a truly “private island”.

Our three day cruise went by in the blink of an eye. Before we knew it, we were back in Massachusetts with snow drifts and icy paths clouding the visions of sun and sand that were now just fond memories. Lucky for us, spring was right around the corner bringing brighter and greener views to our front door!

Leuven, Belgium Outside my Front Door