The Sarubobo or faceless dolls of Japan 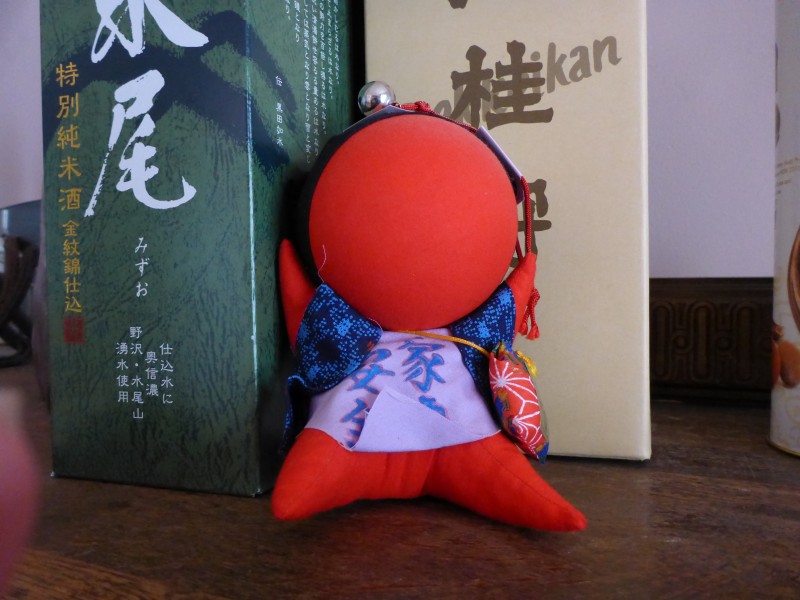 I first saw the Sarobobo or faceless dolls of Japan on a visit Takayama in the Gifa prefecture, and when we visited Shirakawa-go a UNESCO Heritage site. Takayama is located in the mountainous Hida region (of beef fame), and is a wonderful old city. These sarubobo or faceless dolls of Japan,  have a cultural and historical significance to the Japanese people of this area. 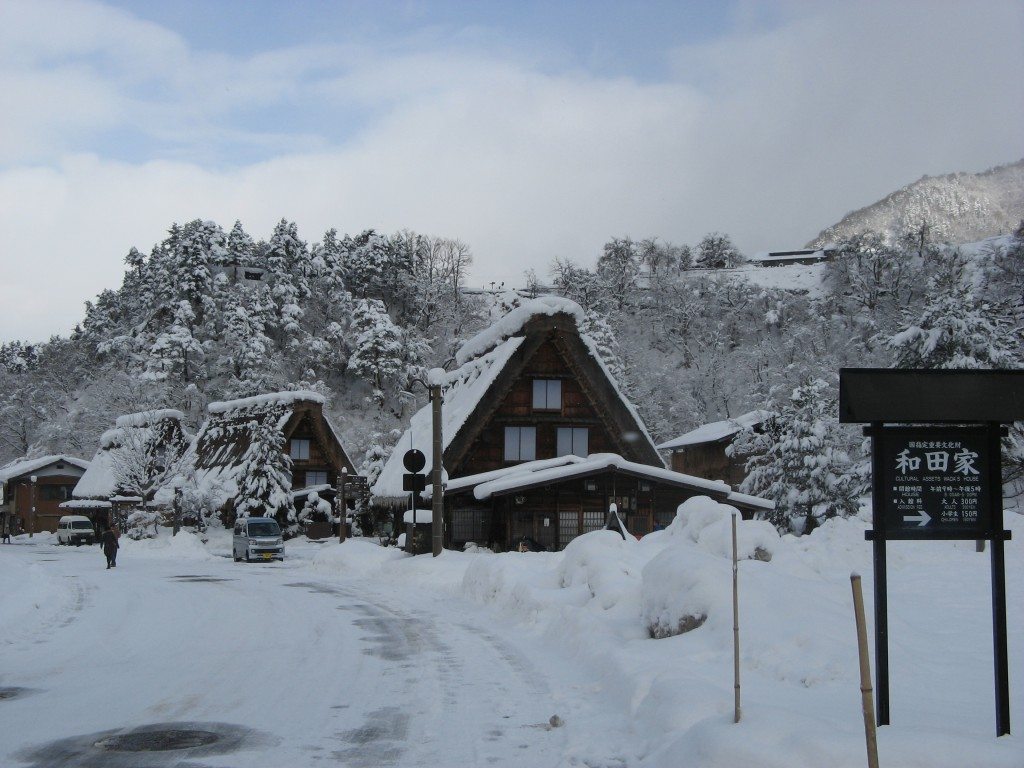 History of the Sarubobo or Faceless Dolls

The original sarubobo, or faceless dolls, were red and said to resemble a monkey. Hence, in this prefecture, the meaning of ‘saru’ in Japanese is monkey and ‘bobo’ is either doll or baby. It does differ in other regions, quite considerably but I’ll leave that up to you to check.

The sarubobo are an amulet to bring good luck to the receiver. They are faceless dolls, and there is considerable discussion as to why this is so.

Traditionally it is believed that they were all red and faceless, so that the face of whomever you were thinking about could be attached to the faceless doll. 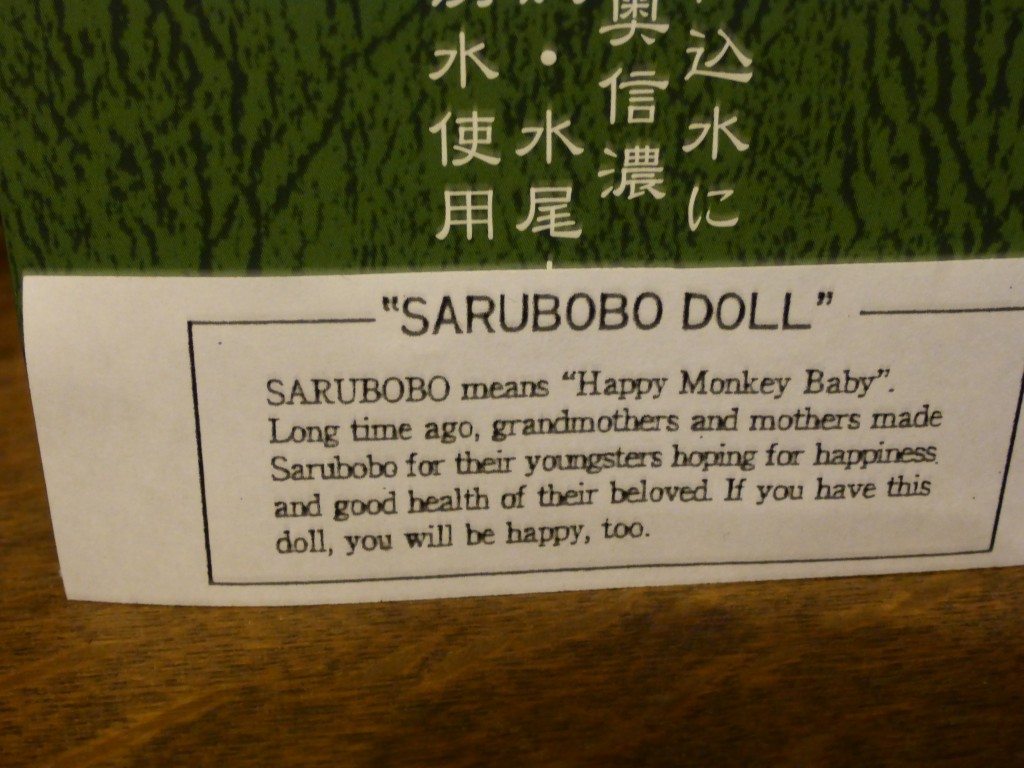 They are bound in ritual and tradition whereby grandmothers used to make these dolls for their grandchildren from scrap materials, to assist to bring a good marriage and fertility to them. 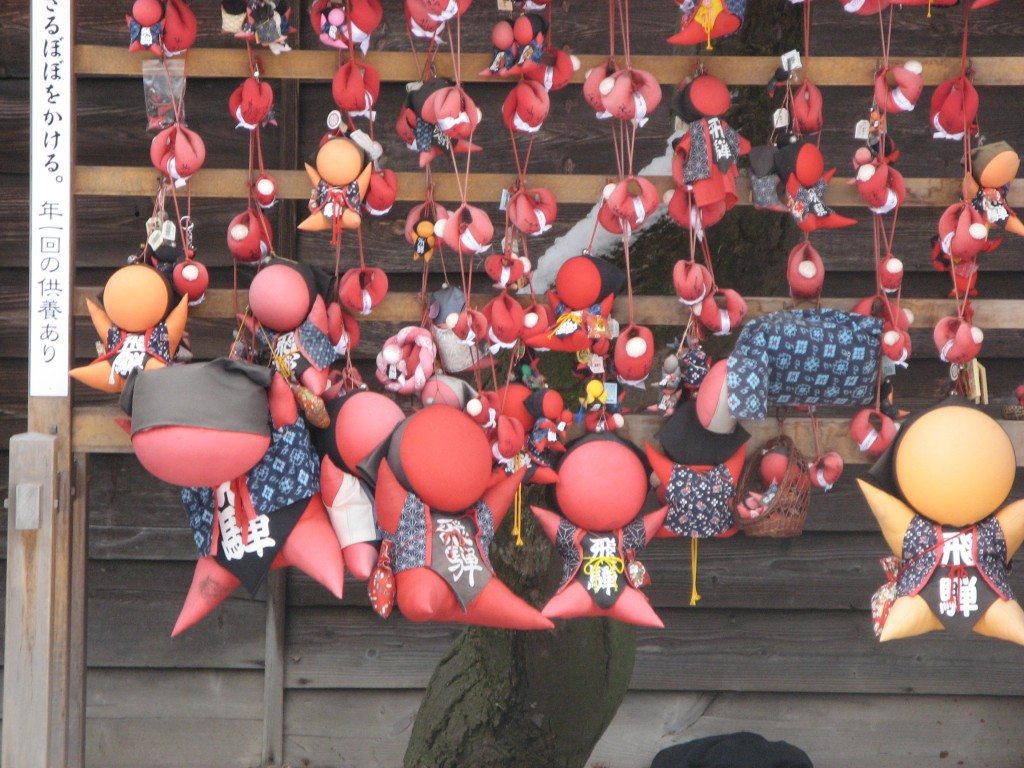 What the Different Colors of the Sarubobo or Faceless Dolls means

They still remain intriguing. I remember being a little frightened of them, as they do appear well, a little evil, but apparently the converse is true. They are actually supposed to bring luck.

As time has gone on there are now many coloured sarubobos each associated with different wishes:

The Sarubobo or faceless dolls of Japan

The Japanese of the Gifu prefecture believe in these amulets very much, and they do remain of great interest to we visitors. Mine sits at home and is red, for the marriage only … I hope. 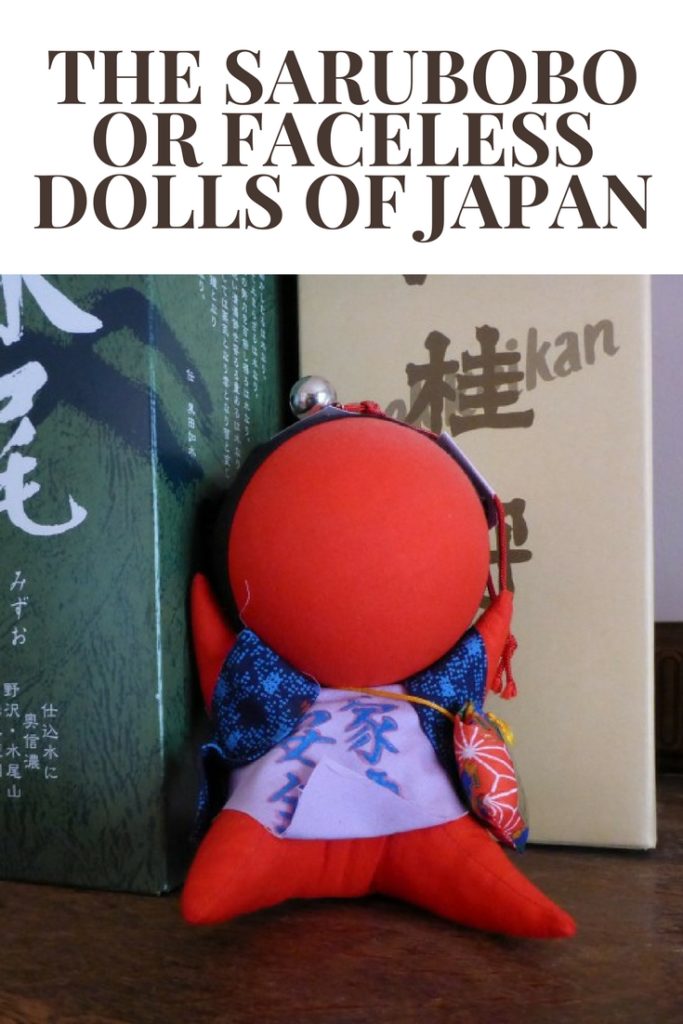