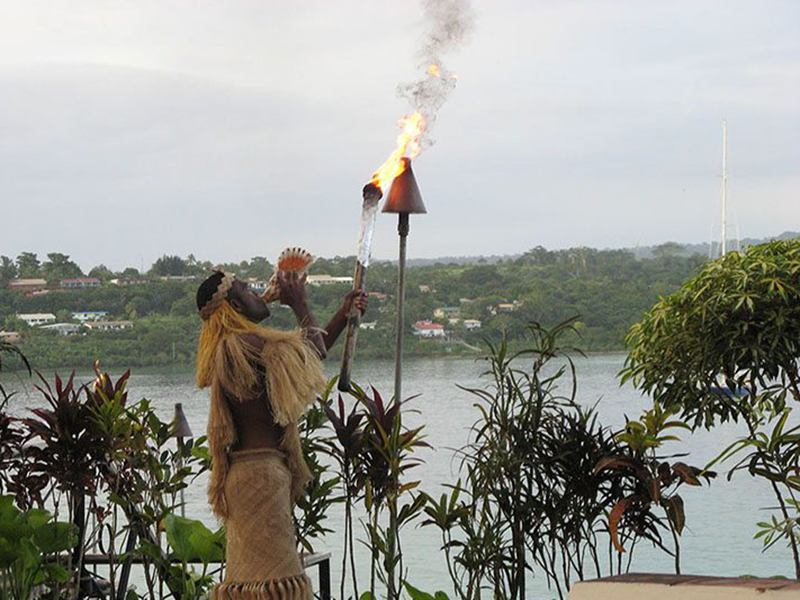 Vanuatu is your archetypal paradisiacal tropical island that is not too overrun by tourists, and hence Vanuatu – 10 compelling reasons to visit. While some cruise ships make fleeting stops on one side of the main island, the reality is that the islands that make up Vanuatu are largely not on people’s radar as Fiji and New Caledonia are. This is one of its greatest assets coupled with the friendliest of people and the sheer beauty of the islands; we think that Vanuatu hits it out of the ballpark. 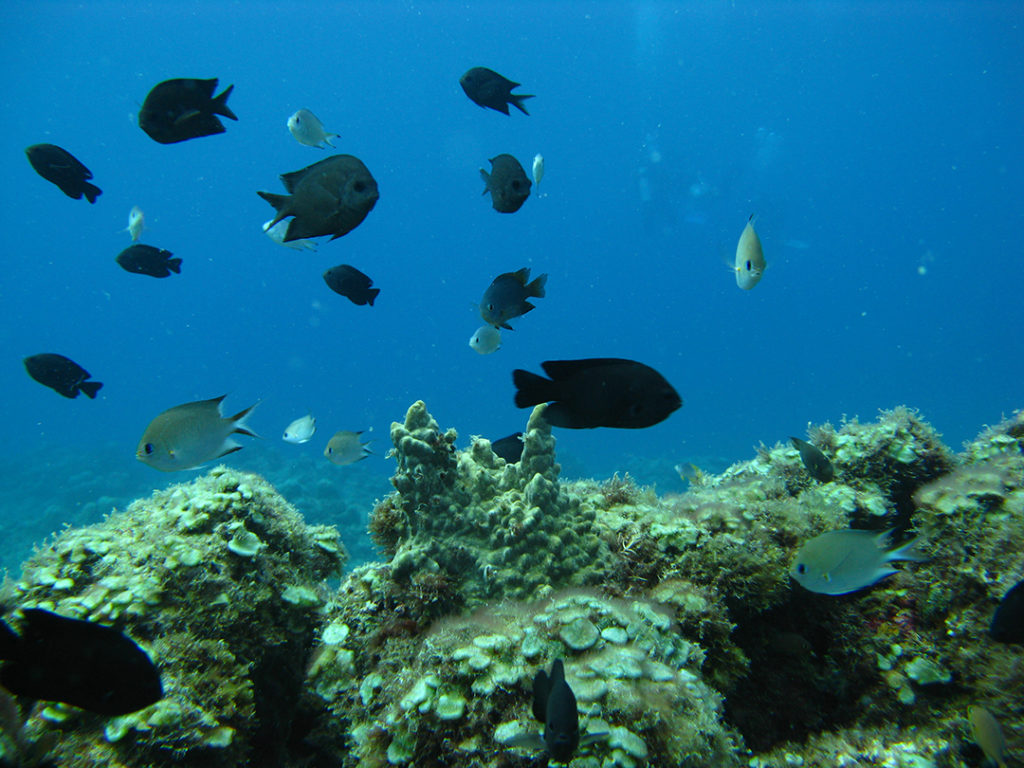 Vanuatu is located in the Pacific Ocean and is not far from Australia and New Zealand. New Caledonia lays 230km to the southwest, while Fiji is 800km to the east. There are over 80 islands and it has a population of approximately 200, 000 people. Make sure to talk to the Vanuatu tourism board about the different things to see and do in Vanuatu.

The Different Islands in Vanuatu

The main island is named Efate and is where the capital Port Vila is located. This is a cruisy little capital city where the pace is slow and the people are lovely.

The island of Tanna is well known for its active volcano, while the island of Espiritu Santo is known as the island of hidden treasure. As Vanuatu’s largest islands it has some of the most beautiful white sand beaches, amazing blue holes, caves, world renowned diving and snorkeling. It also has in my opinion a great name.

Malekula  is known as the island of custom.  It is here that you will hear the stories of cannibalism but also get a real feel for the culture of this country. Here you will meet the tribes of the Small Nambas and Big Nambas where the nambas is the name of the woven penis sheath worn by the men. Pentecost Island is famous for its remoteness but also as the home of bungee jumping.

The People of Vanuatu 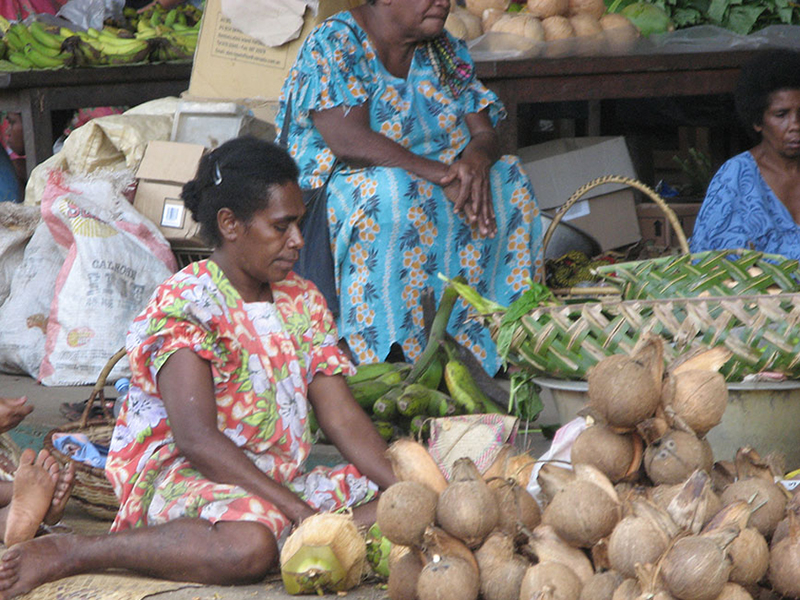 The people of Vanuatu are of Melanesian descent. The island is a very typically Pacific Island – swaying palm trees, blue waters, long beaches and a very laid back approach to life.

The people of Vanuatu are just plain nice. They take the time of day to have a chat and to chat amongst themselves at the markets in the Port Vila centre. Whilst Port Vila is a capital city, it really appears as a very pretty and simple little town set on the harbour. The island of Malekula gives a really good insight into the culture and traditions of Vanuatu

The clear waters off all of the islands makes diving and snorkellig a draw card for many people. Gordon got his PADI licence there and was able to explore underwater. There are also the many shipwrecks to be explored in this very clear water not to mention to abundance of marine life. For snorkelers it is clear vision all the way in idyllic conditions. Sailing is another option and I did take a big shine to my catamaran. You read about diving in Vanuatu here. Read about where to go diving in Vanuatu.

The world’s most accessible active volcano, the Mount Yasur volcano is found on the island of Tanna. On this island you also get to see some of the traditional Tannese culture.

– I don’t know about you but we like our food and Vanuatu has some of the freshest produce to be imagined. The hinterland of the main island is actually lush cattle country, which probably accounts for the fact that they have the best Ribs we have ever tasted.

– Vanuatu has the worlds only Underwater Post Office. It is situated within the Hideaway Island waters and is in approximately 3 metres of water.  It is close enough to be able to swim out to, duck dive down and post a special “waterproof postcards.

Pentecost Island is famous for being the birthplace of bungy jumping, originating in an age old ritual called the naghol, or land diving. AJ Hackett developed the modern bungee jumping from the ancient ritual of land diving on Pentecost Island. Between April and June every year, on a Saturday, men in the southern part of the island jump from tall towers (around 20 to 30 m) with vines tied to their feet. Despite being a little tricky to get to, it can be done if you want to watch this intriguing ritual.

It is worth seeing some of the traditions and cultural activities of tribal Vanuatu. The fire walking is pretty amazing. This is where you will find out about how villagers hunt, fish, use plants for and how they store food.

– Mele Cascades. On the island of Efate you will find these cascades. The scenery is stunning, the water is refreshing and the experience is fantastic. This is where we found our reef shoes invaluable, as it was quite slippery, ditto a waterproof camera.

This is very popular and the company who does the abseiling from the Mele Cascades says, “If you are not living on the edge then you are not living”. They are called Edge Adventure ironically and have a very good operation for plunging down these falls. Non sponsored because I don’t do heights. 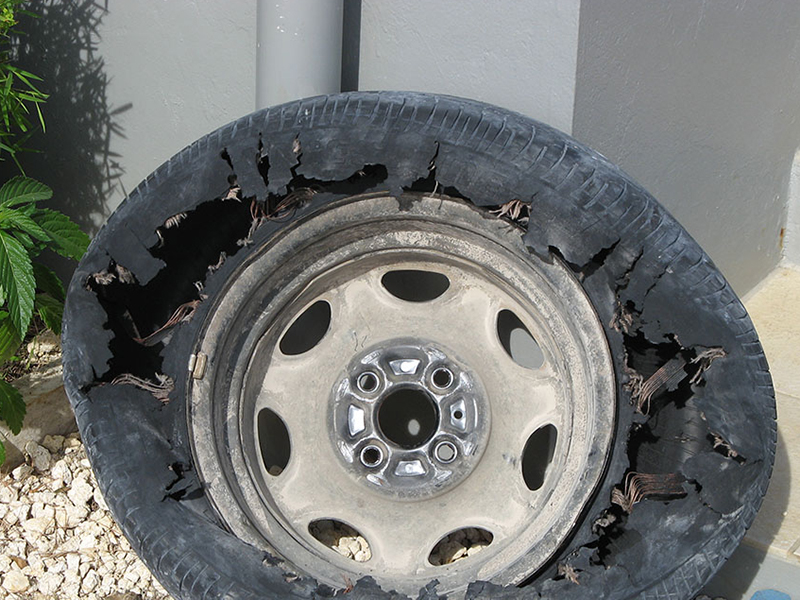 We got a fabulous flat tyre when we did this and got to meet some local farmers who helped us out. Besides this, what a voyage of discovery. The main island is stunning and changes from a vibrant harbour to lush rainforests to verdant pasture land. There are ridiculously good restaurants in the middle of nowhere.

Vanuatu is a hidden gem that oozes charm and yet abounds in opportunities. These are just 10 compelling reasons to visit Vanuatu.

You Should Go Diving in Vanuatu